Startseite/Bestand/Books/Kultur- u. Sittengeschichte/„The central work of the entire history of music“ (Leonard Bernstein)

„The central work of the entire history of music“ (Leonard Bernstein)

First edition of the piano vocal score. The opera is based largely on the 12th-century romance Tristan by Gottfried von Strassburg. It was composed between 1857 and 1859 and premiered in Munich on 10 June 1865 with Hans von Bülow conducting. Wagner’s composition of Tristan und Isolde was inspired by the philosophy of Arthur Schopenhauer (particularly The World as Will and Representation), as well as by Wagner’s affair with Mathilde Wesendonck. The opera was enormously influential among Western classical composers and provided direct inspiration to composers such as Gustav Mahler, Richard Strauss, Karol Szymanowski, Alban Berg, Arnold Schoenberg and Benjamin Britten. The opera is considered by many as the beginning of the move away from common practice harmony and tonality and consider that it lays the groundwork for the direction of classical music in the 20th century. Leonard Bernstein even calls it the central work of the entire history of music. – A very good copy with the often lacking index leaf. Extremely rare in such condition. 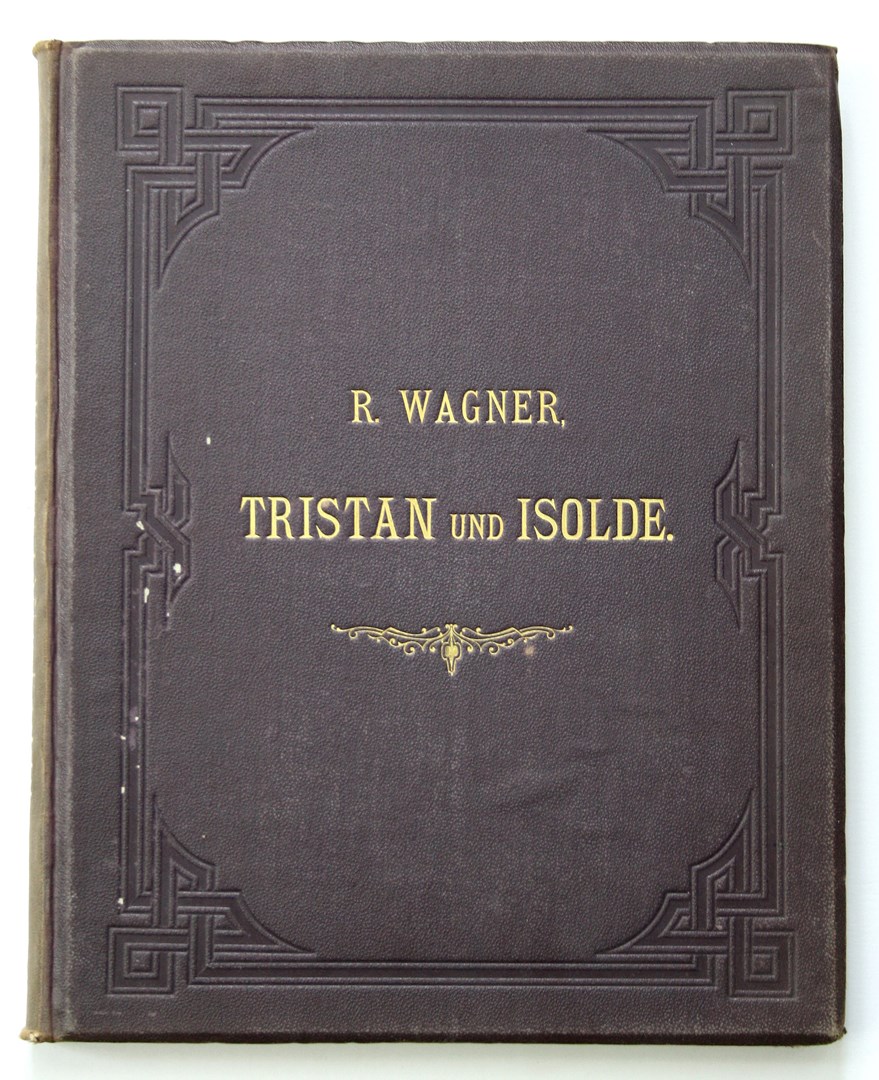 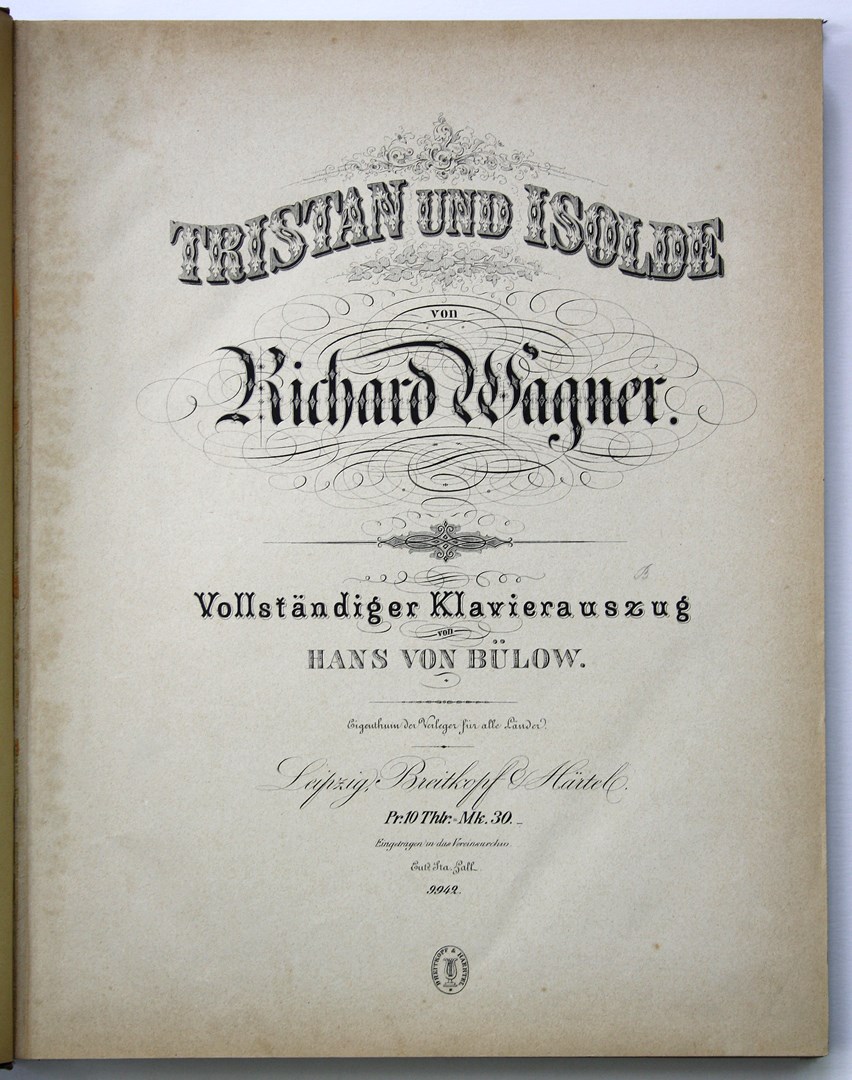 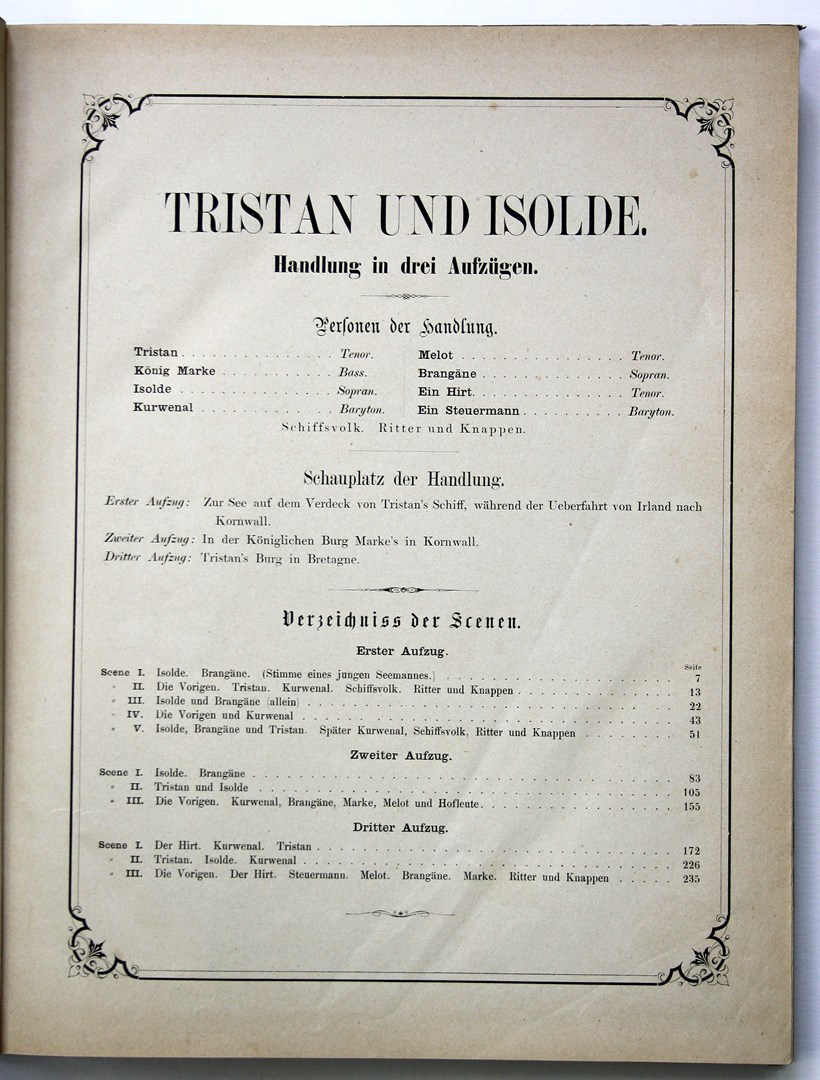 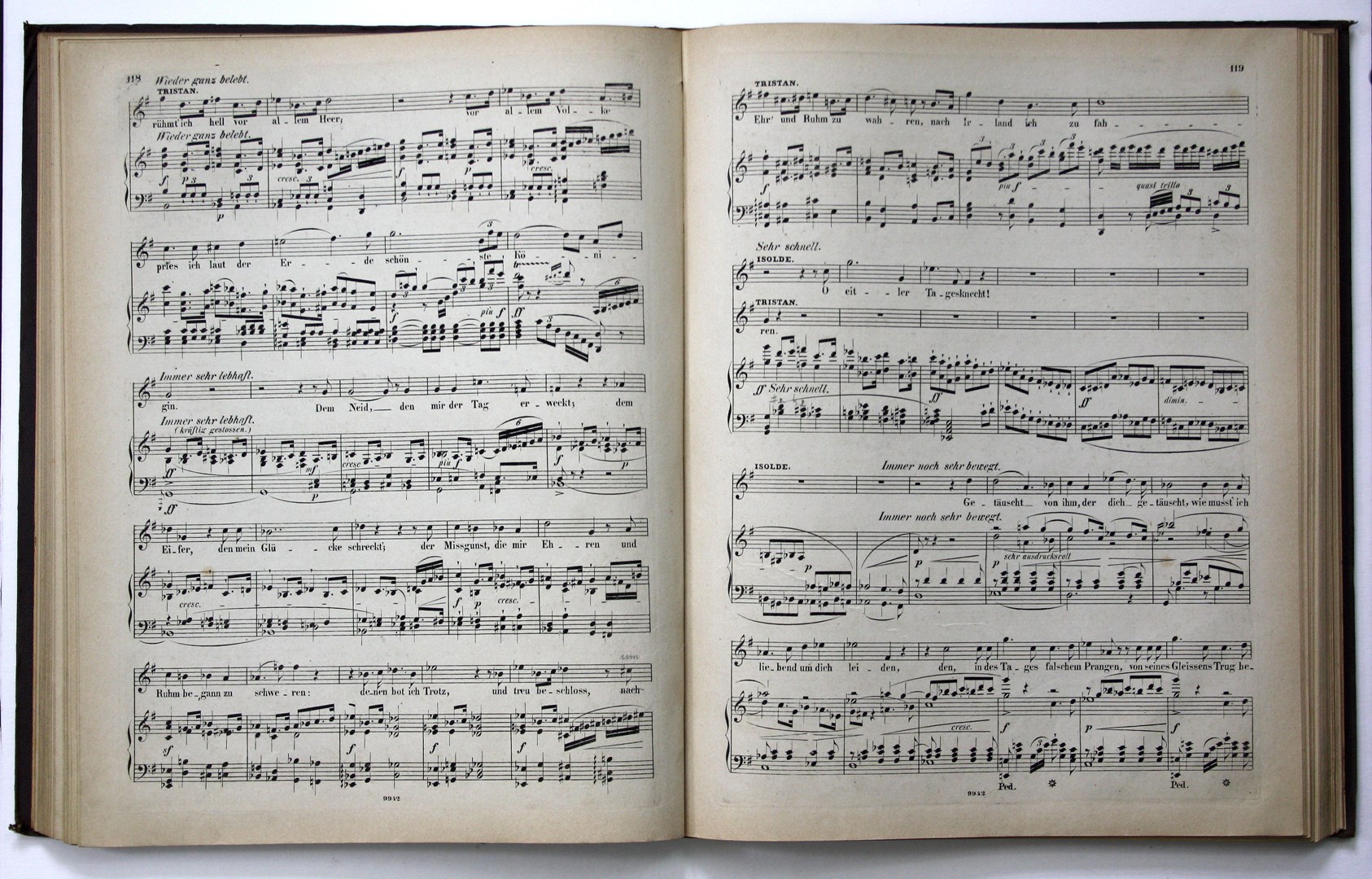