The anti-Islamic writings of Denis the Carthusian

FIRST EDITION. Very rare collection of the anti-Islamic works by Denis the Carthusian (1402-1471). His Contra Alchoranum was written around 1454 and contains numerous quotations from the Quran, using the first Latin translation by Robert of Ketton. It was first printed some eighty years later in this collection, preceding the earliest complete Latin edition of the Quran by a few years. In 1540, a paraphrased abridged German translation of Contra Alchoranum was published in Strasbourg under the title Alchoran. Das ist, des Mahometischen Gesatzbuochs, und Turckischen Aberglaubens ynnhalt und ablanung.

Also included are Denis‘ works „Dialogus disputationis inter Christianum et Sarracenum“; „Epistola ad Principes catholicos“ and „Contra Vitia superstitionum quibus circa cultum veri Dei erratur“. In his Epistola, written soon after the fall of Constantinople (1453), Denis urging all the princes of Europe to amend their lives, to cease their dissensions, and to join in war against their common enemy, the Turks. A general council being in his opinion the only means of procuring serious reform. 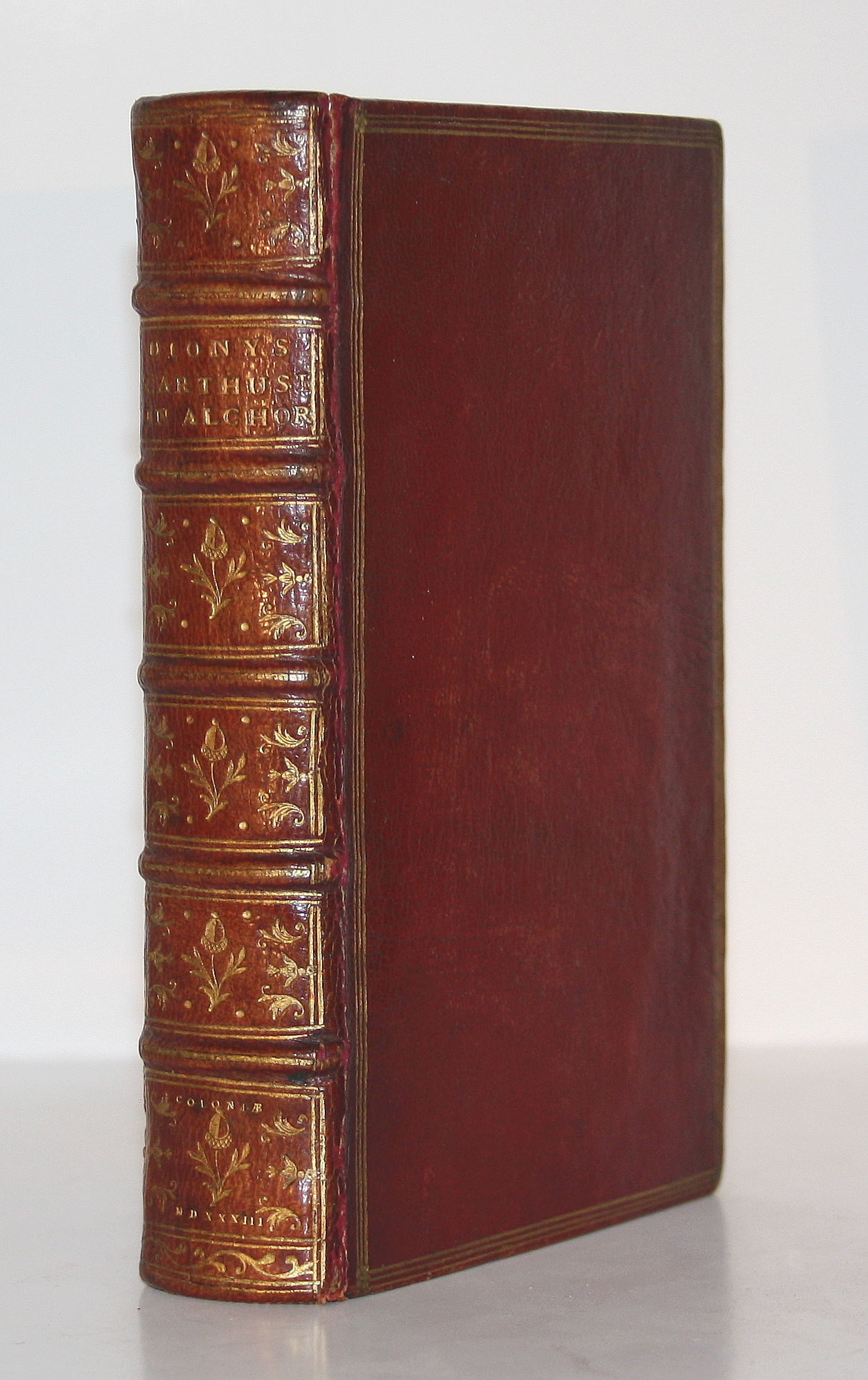 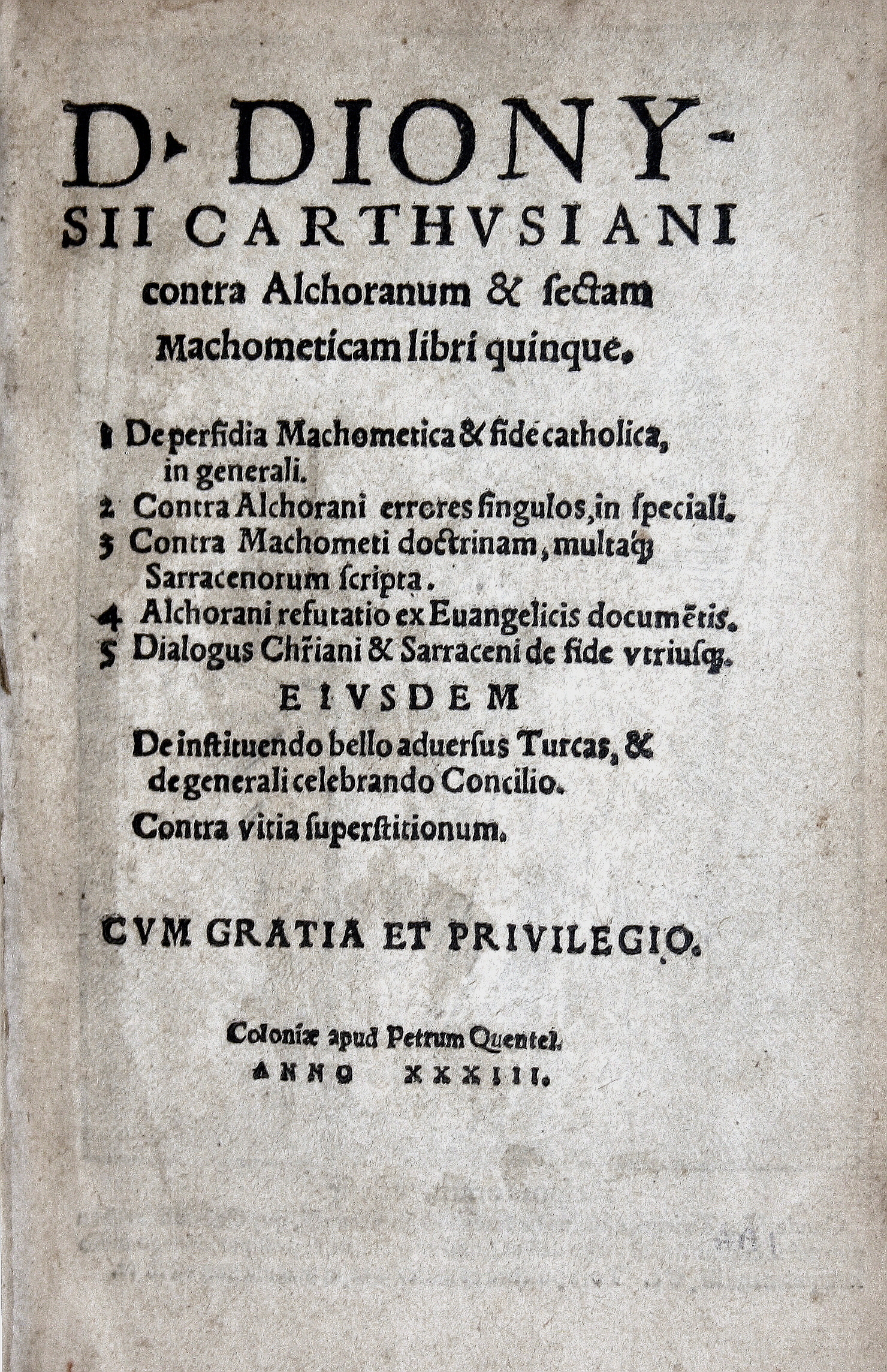