Apparently unpublished Grand Tour diary written by an attentive English observer, describing several years of travel through France, Germany, the Low Countries, Switzerland and Italy. The author includes a foreword justifying his work as a practical guide for other Grand Tourists: „I regard myself as performing no unuseful task, when I submit to lay aside all pretensions to literary reputation, and to undertake a work which can have no other merit but its’ [sic] utility. To point out the best roads, & best inns, to name the places & churches where the finest paintings are to be found, without entering into any critical disquisition of their respective beauties, is I confess an humble undertaking.“

The author began his Grand Tour in 1785 at Calais. He travelled to Venice, further to Firenze, Bologna, Lyon, back to Calais and again from Ostende to Spa, Hieres-sur-Amby, Vicenza, Firenze, Rome and back to Bologna. The tour lasted from 1785 to 1795. The author wrote lenghty descriptions of the Galleria Estense (Modena), Palazzo Reale (Torino), Cathedral of our Lady (Antwerp), Palazzo Ducale (Genova), Colonna Palace (Rome), Galleria Borghese (Rome), Galleria degli Uffizi (Firenze), Palazzo Pitti (Firenze), Palazzo Corsini (Firenze), the collection of Lord Cowpers in the Villa Palmieri and several churches and palaces in Venice. His description of Rome comprises 39 pages, that of Venice 23 pages, that of Bologna 35 pages and that of Firenze nearly 30 pages, too. From October 1791 to May 1795 he spent his time in Rome. The author also provides an interesting description of a criminal trial in Vicenza. From July to December 1798 he travelled in Switzerland (32-page text) and reflects for example on the Swiss style of government: „The spirit of toleration is usually supposed to keep pace with the progress of philosophy … But in Switzerland, they may be considered as totally independant [sic] of each other – Toleration is here the effect of government, not of philosophy.“

Grand Tour diaries from the 18th century are very rare on the market. 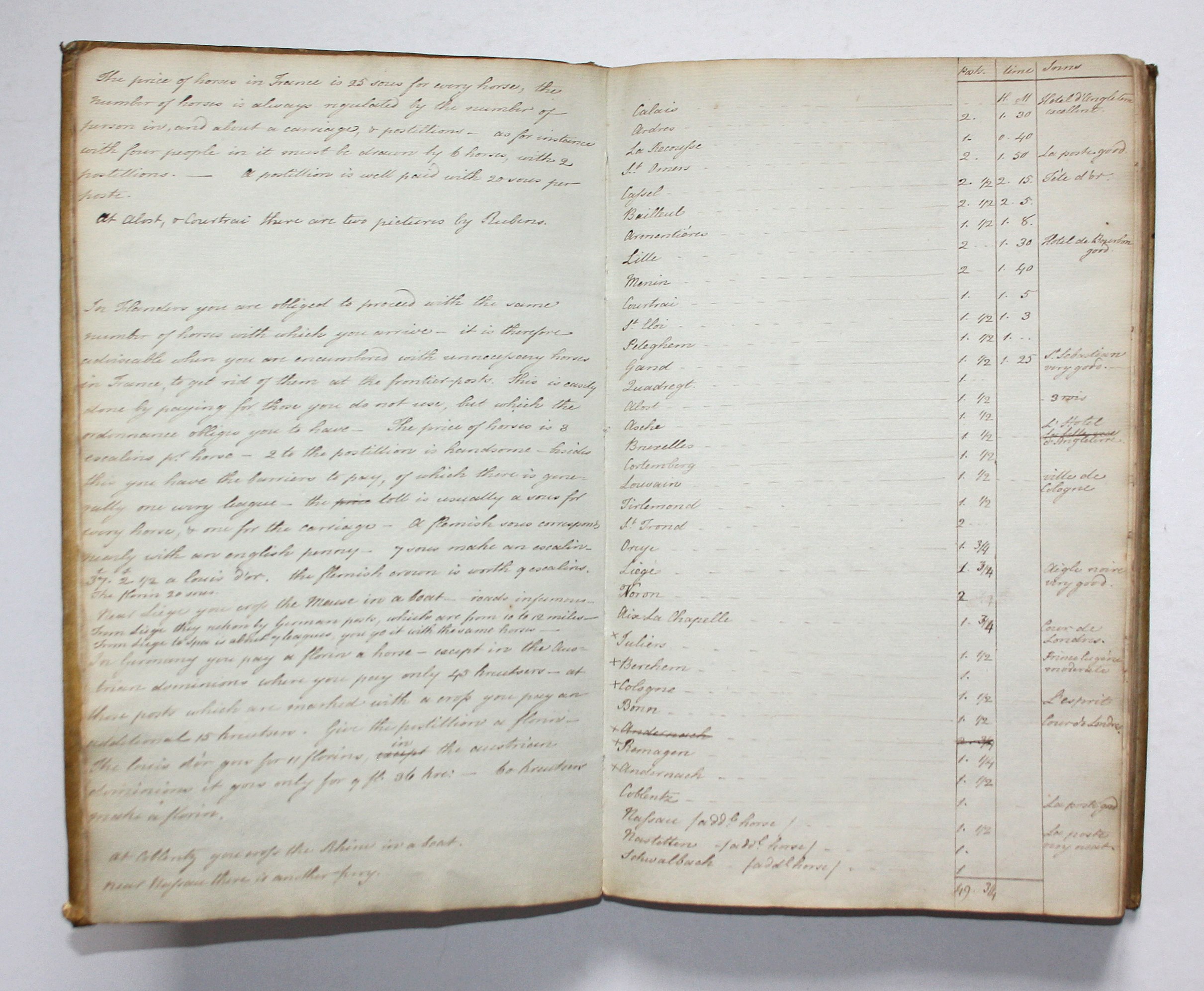 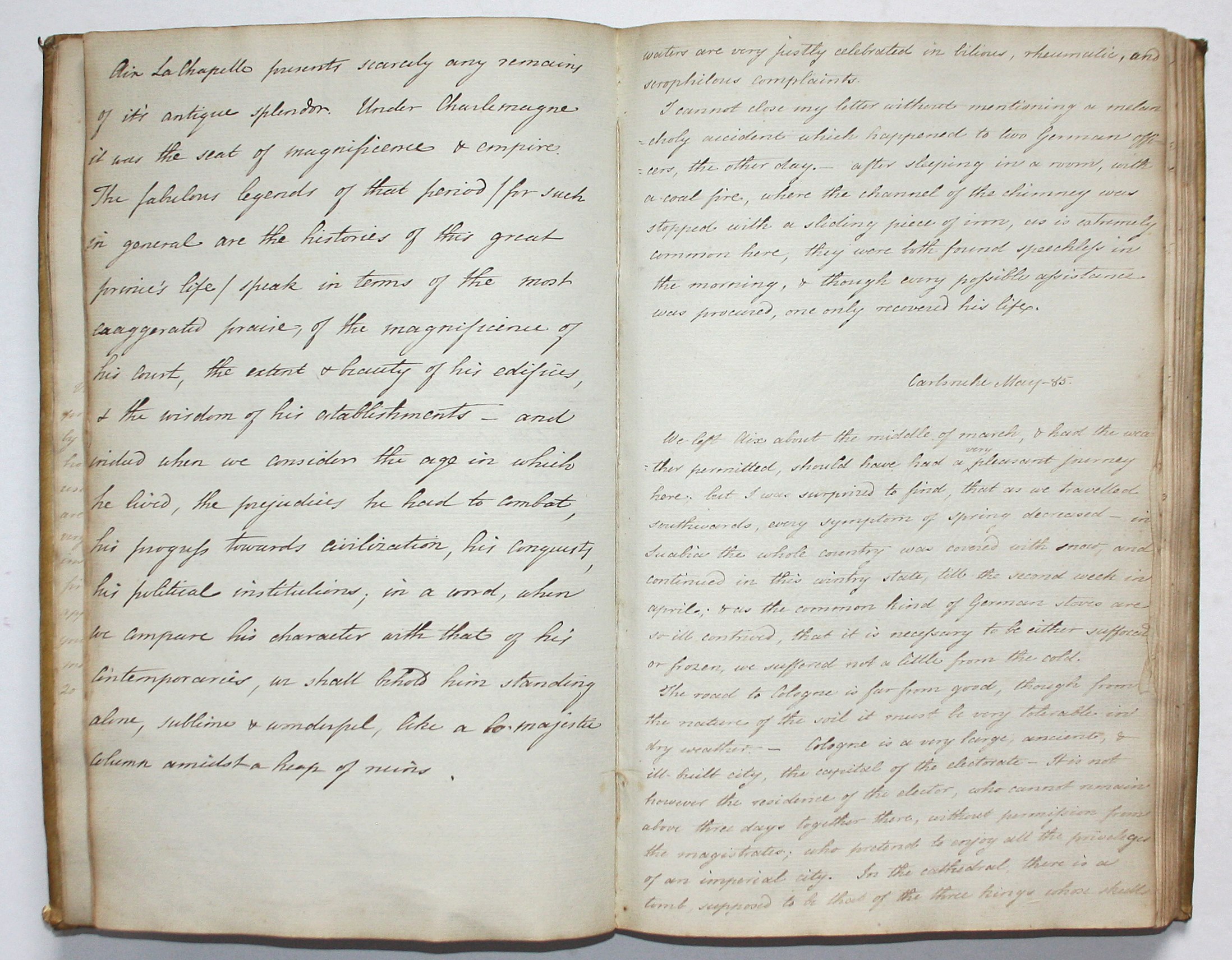 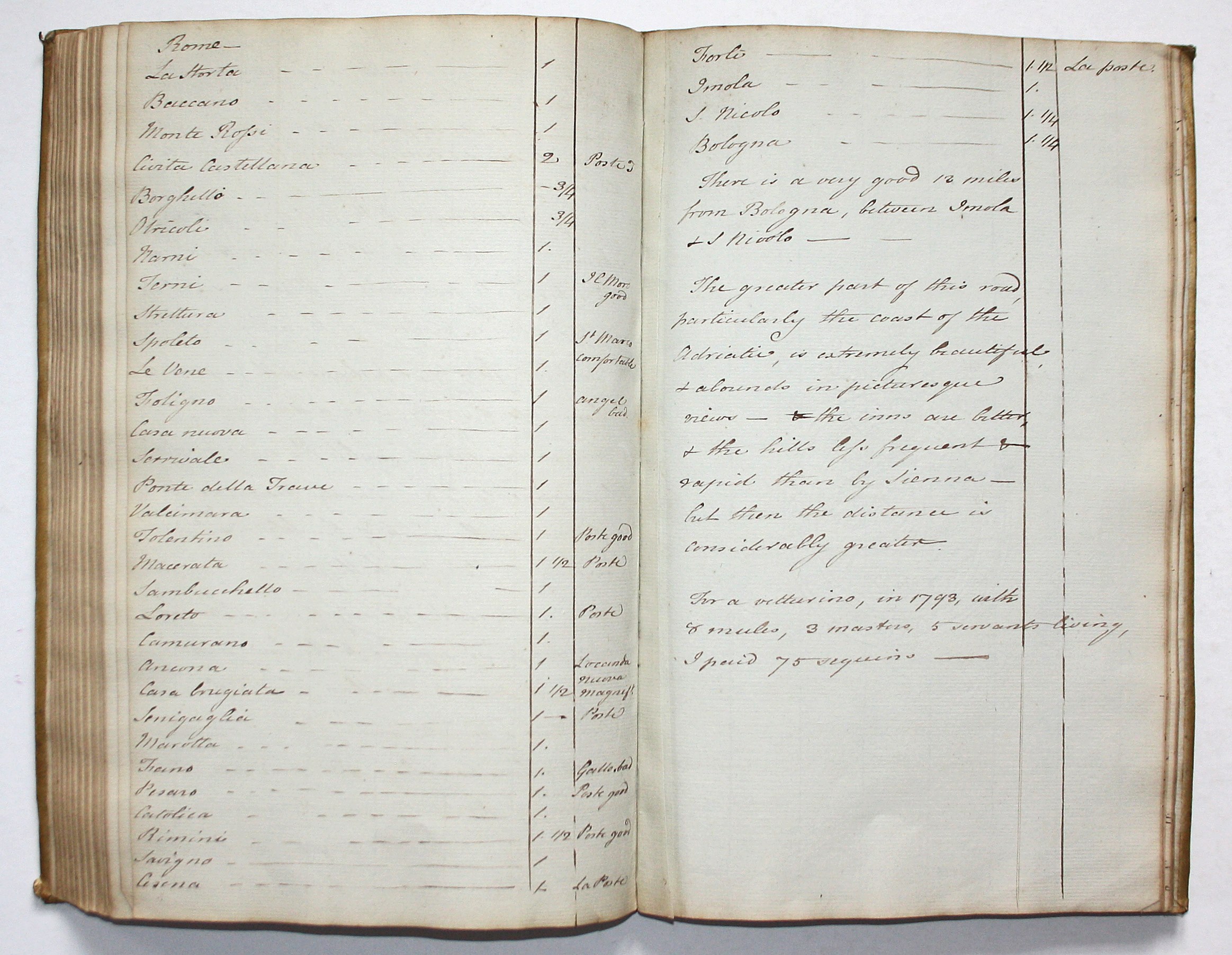 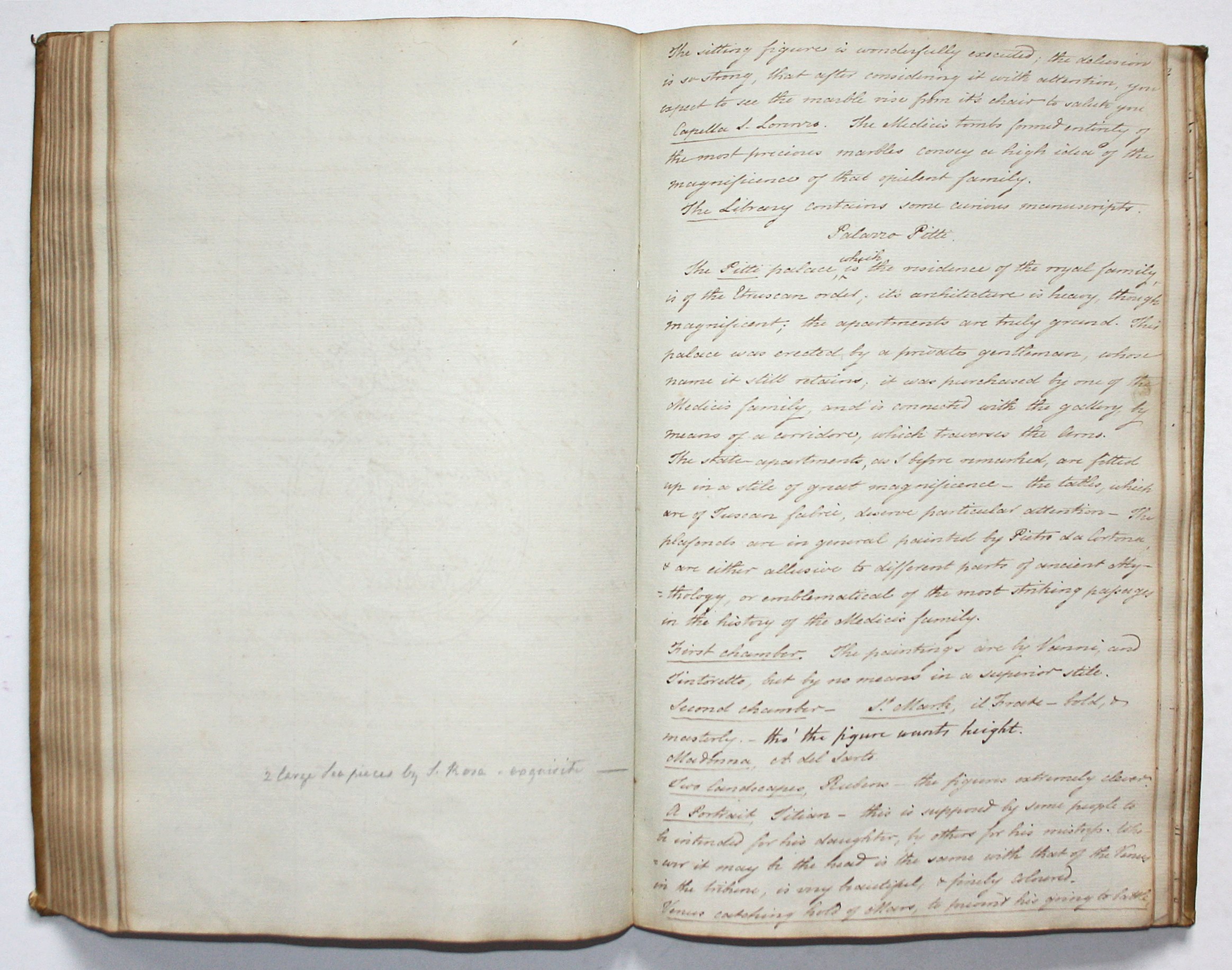 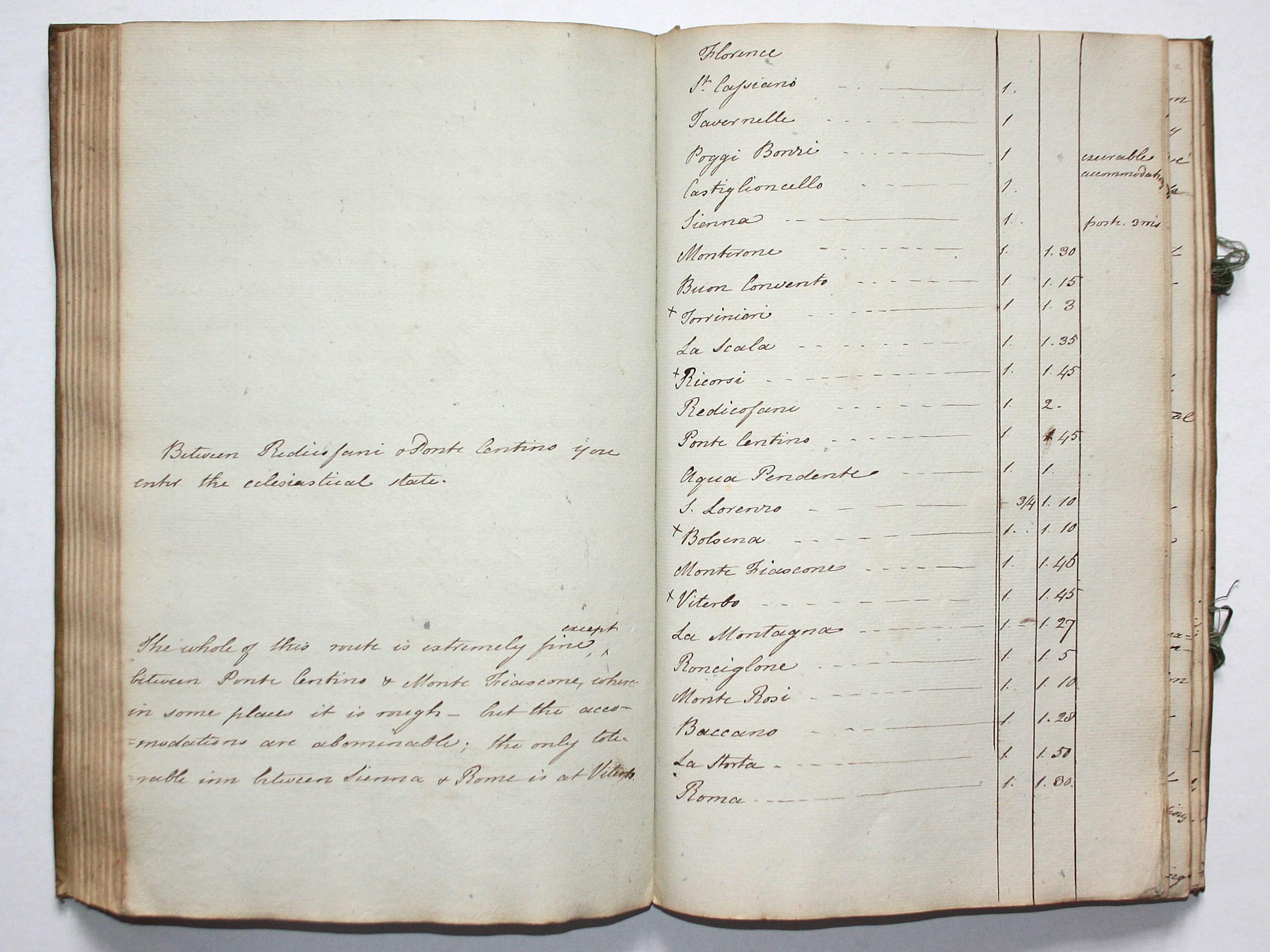 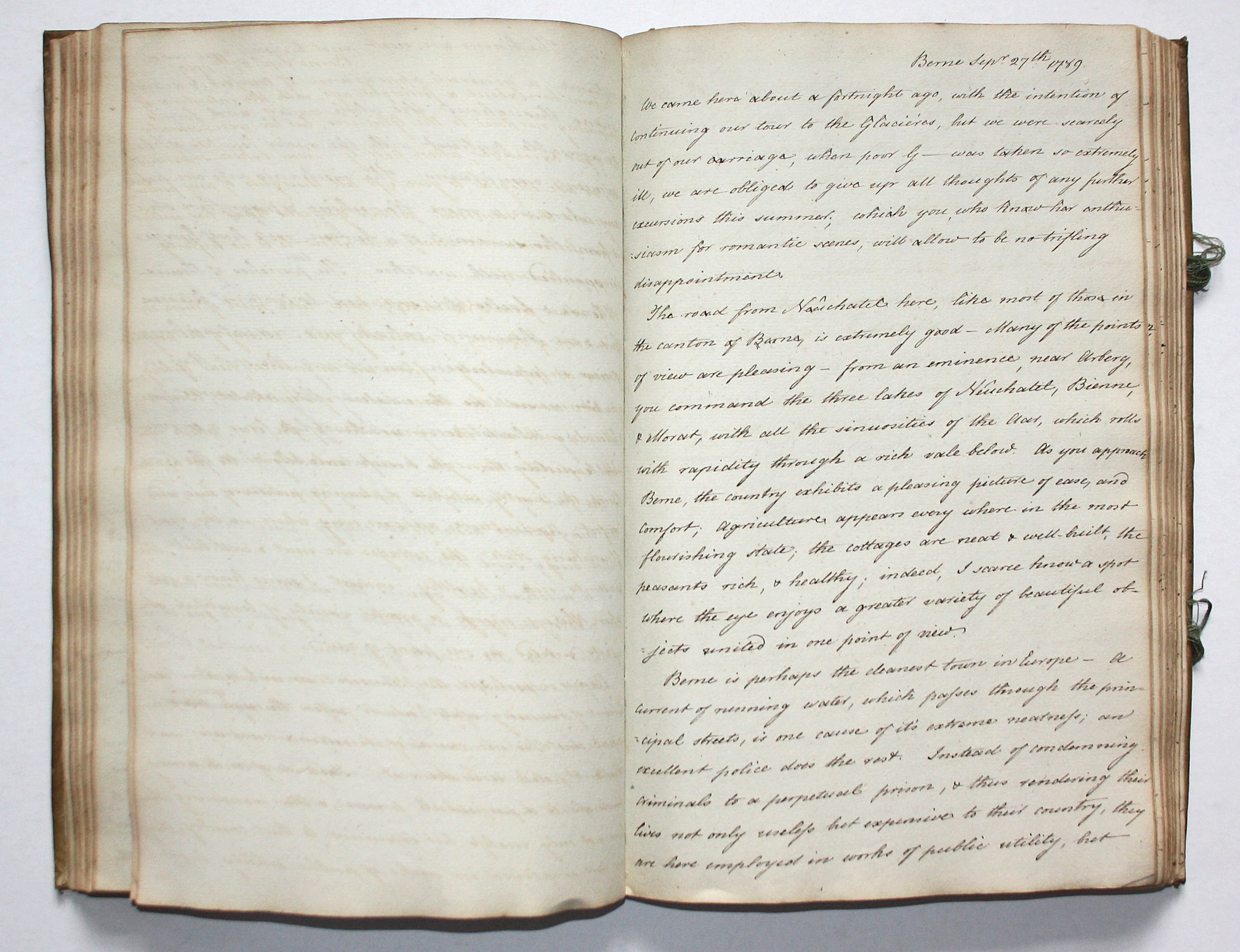 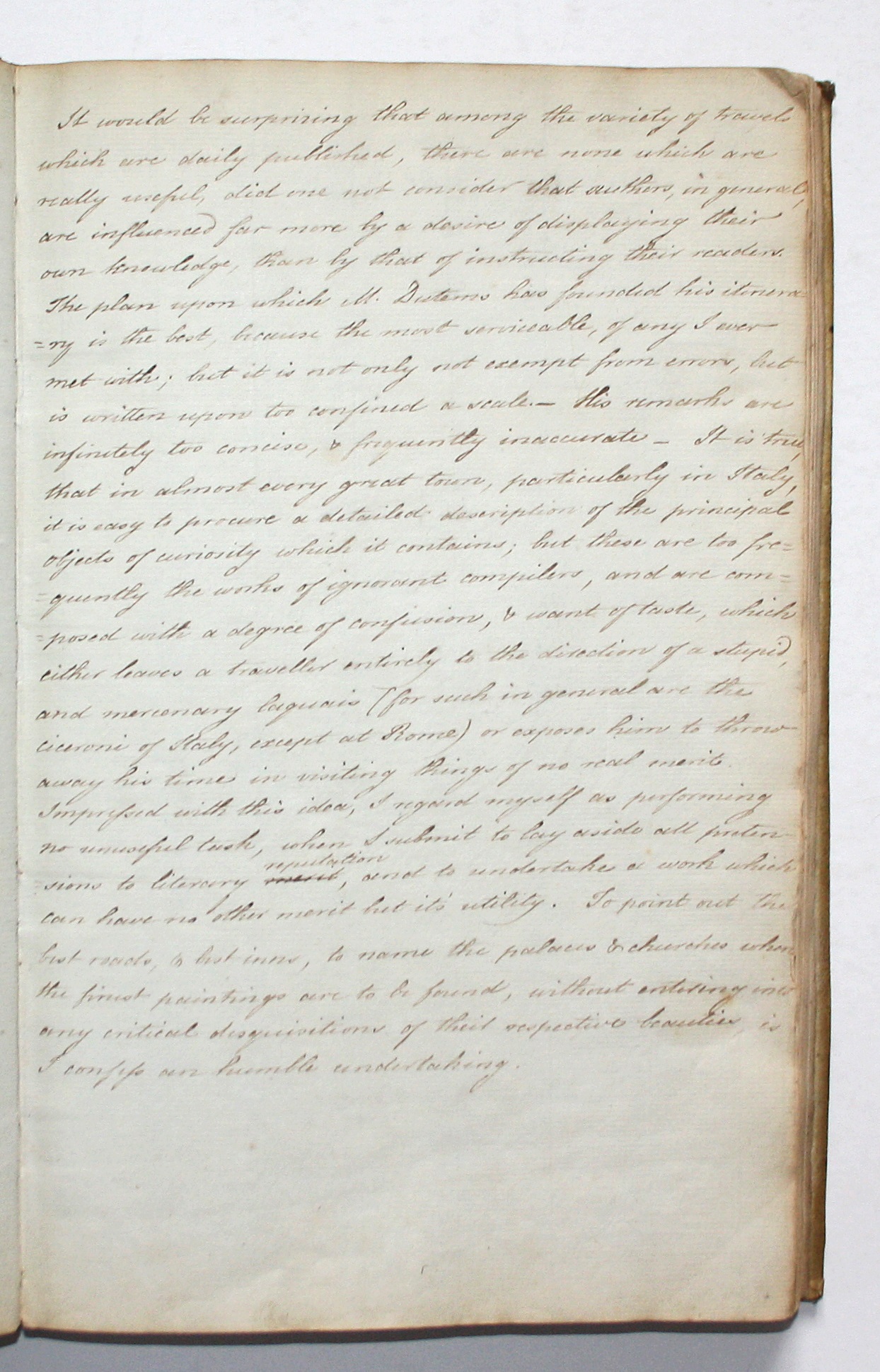