With an engraved Exlibris for Arthur Brölemann (1826-1904) mounted on the inside front cover. Arthur Brölemann together with his father Henry Auguste Brölemann were important collectors of medieval manuscripts in the 19th century.

William of Auvergne (1180/90-1249), also known as Guillelmus Parisiensis, Guillaume d’Auvergne, Guilielmus Alvernus, or William of Paris was a French theologian and philosopher, Bishop of Paris (1228-1249) and counselor to young king Louis IX. He was one of the first western European philosophers who engaged with and commented extensively upon Aristotelian writings on metaphysics and natural philosophy, as well as upon Islamic philosophy.

The present book offers a richly illustrated guide to excerpts from the Epistles and Evangelists, that were read during church services throughout the year. The text was first issued in 1437 and it has been attributed to Johannes Herolt, a Dominican preacher from 15th century Germany. A fact which proves the importance of the book for its time is that it was published in more than 100 incunabular editions (most of them, however, not illustrated), thus being one of the best-selling books of the medieval times.

The woodcuts of the present edition, depicting biblical scenes, are identical to the ones in the 1491 and 1492 Basel editions, and different from the further editions published after 1500. It has been suggested the illustrations were influenced by the „Plenarium“, published in Strassburg in 1482.

Only 22 copies of this edition are owned by public institutions worldwide, not all of them complete. The other editions, either illustrated or not, are also quite rare. Copies are found, for instance, in the London Victoria and Albert Museum, in Oxford, Prague, Munich, Uppsala.

Digital editions provided by the Munich State Library and the Halle University Library.

Title page with small restored tear on the upper edge (with no loss of text or image); a few pages have very small partly restored marginal tears; last section (5 leaves) dettached from the book block as well as from the binding, the binding with a tear on the spine and without leather straps. – The pages are however in very good condition. The copy is complete and the text block is in excellent condition. 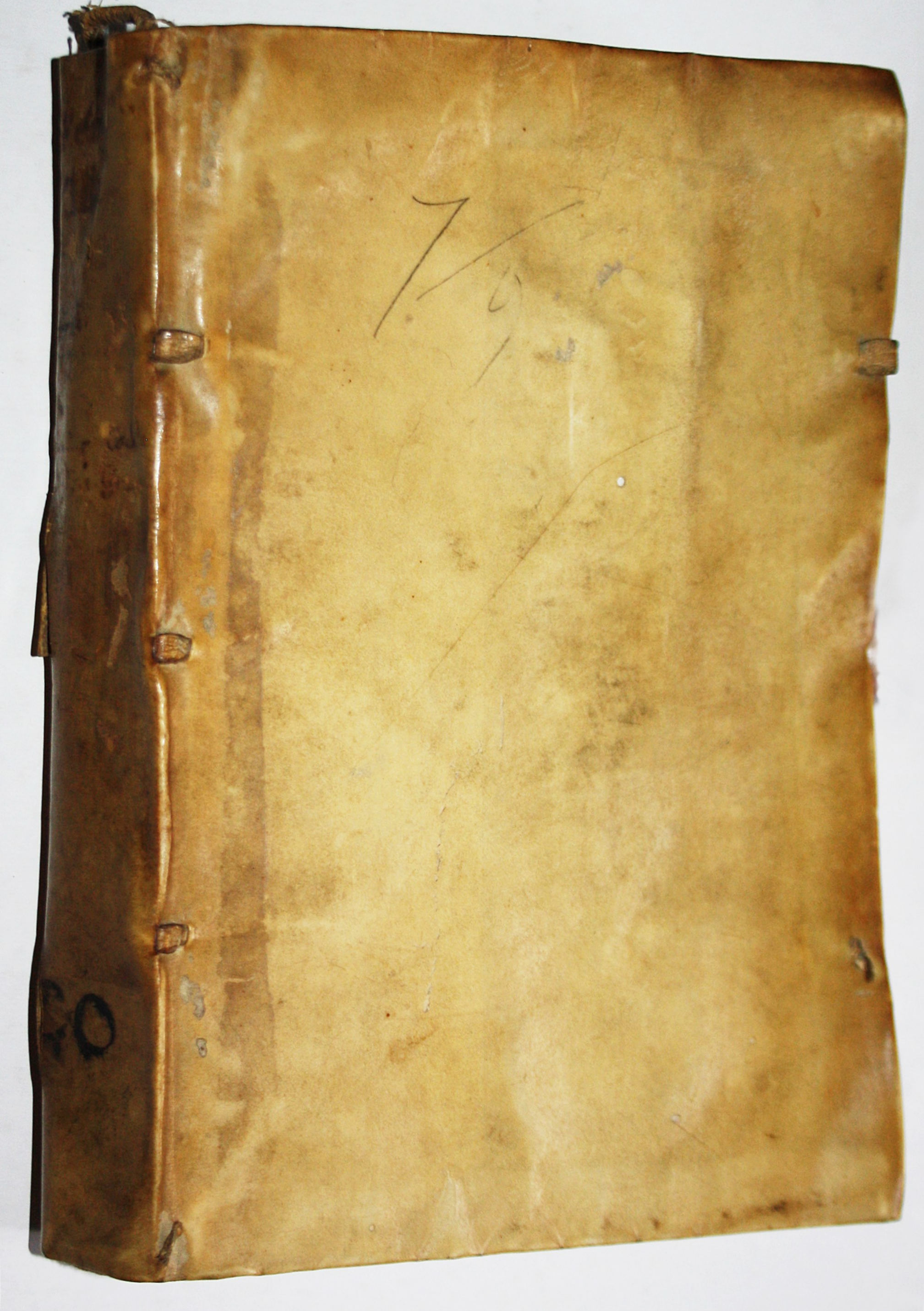 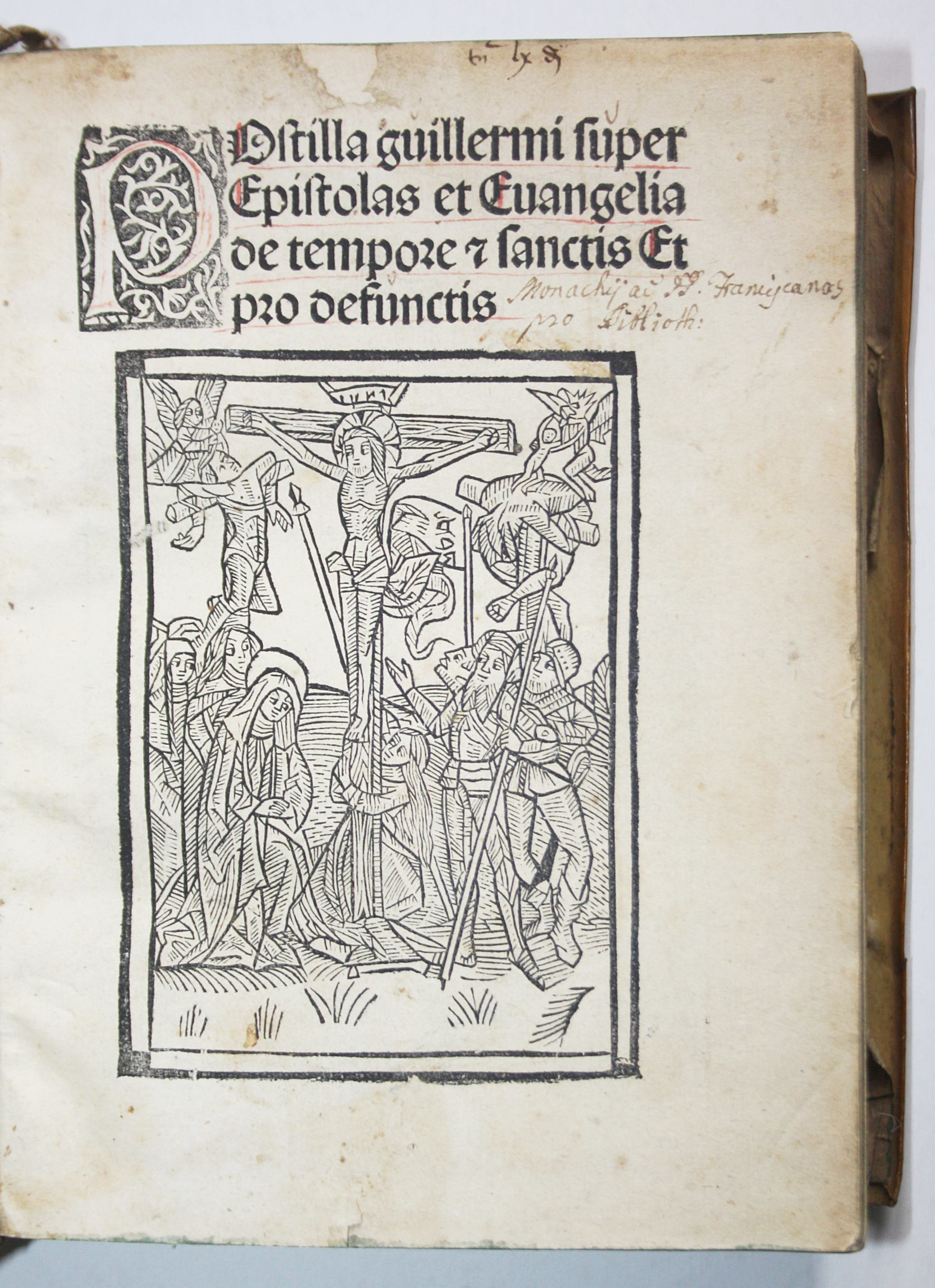 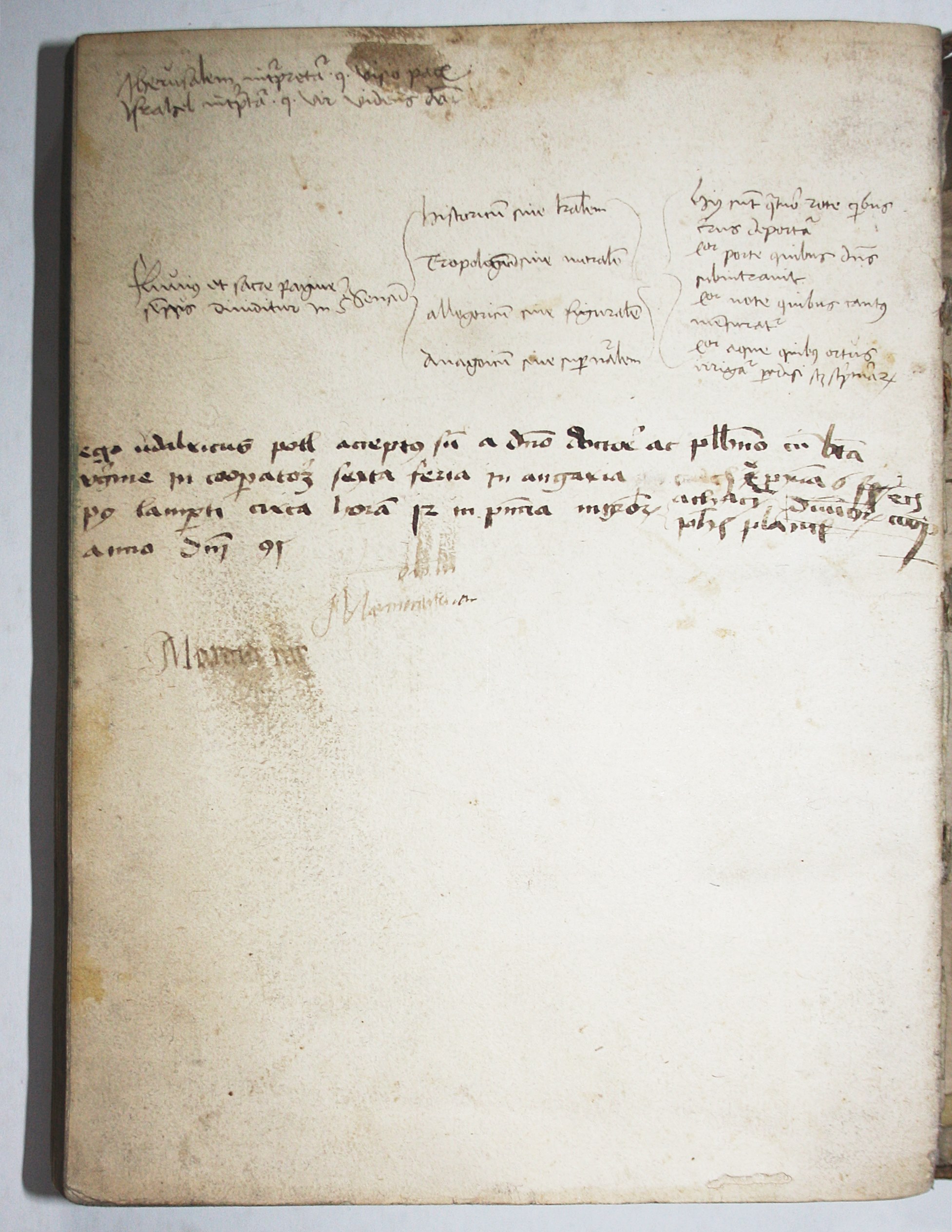 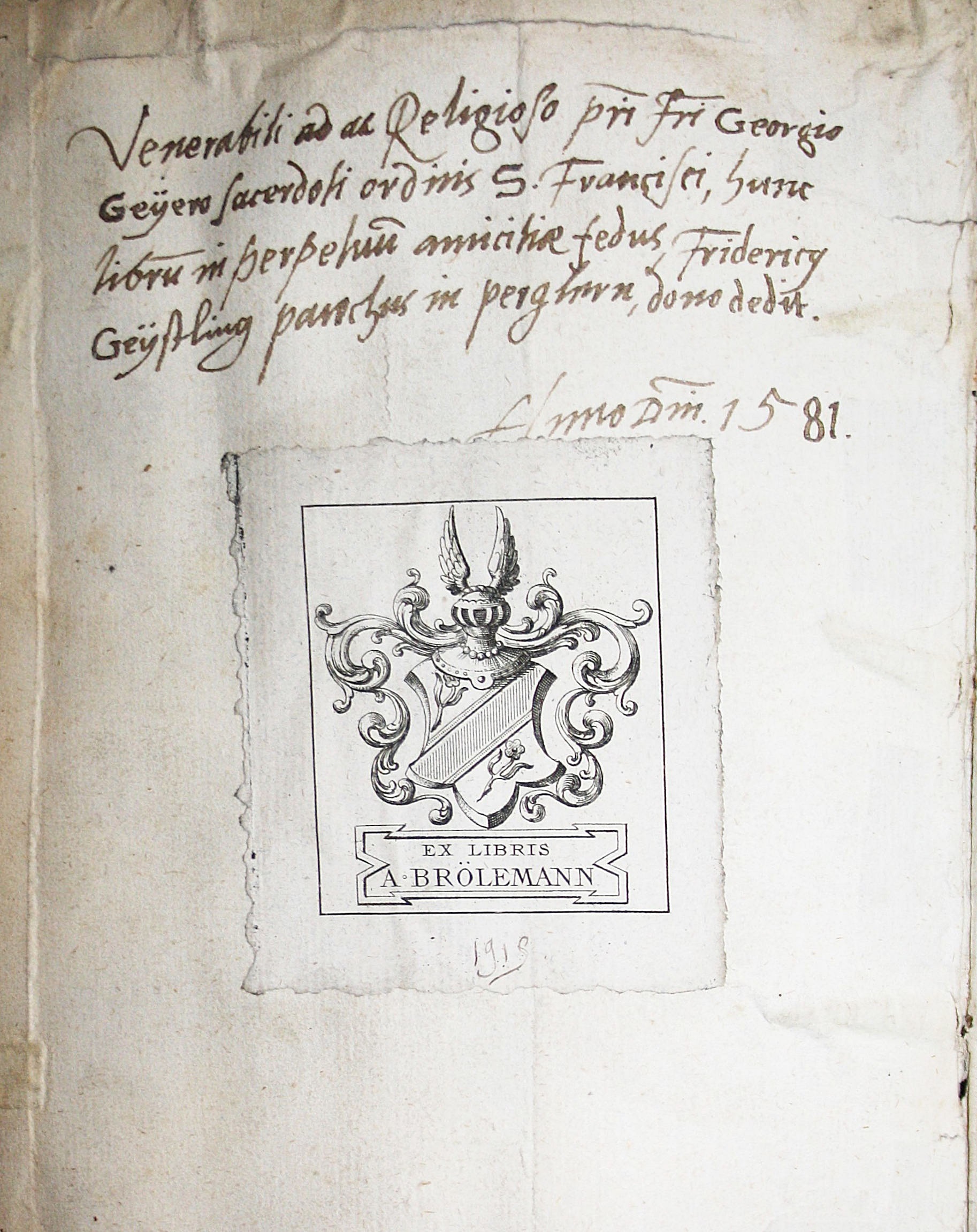 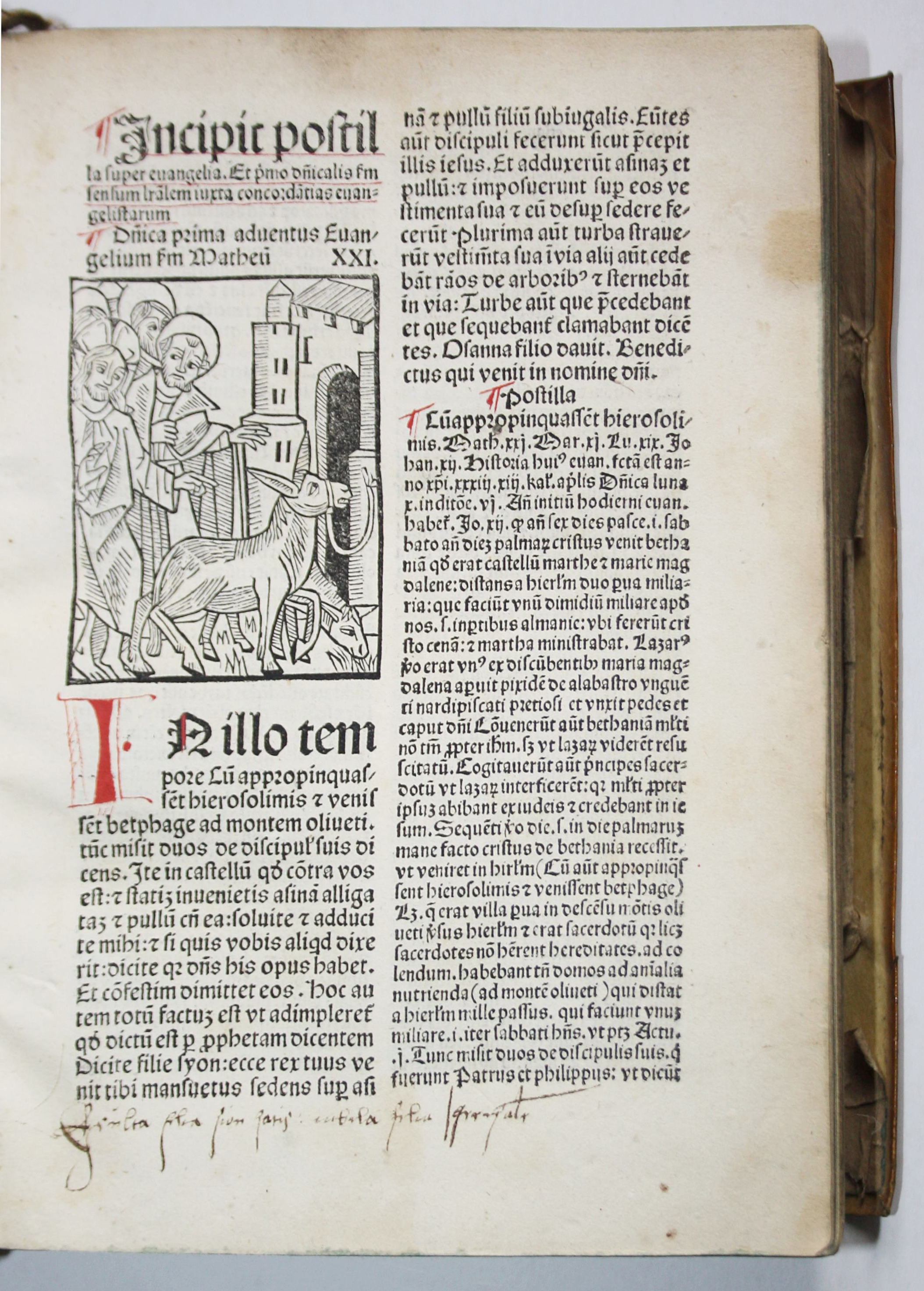 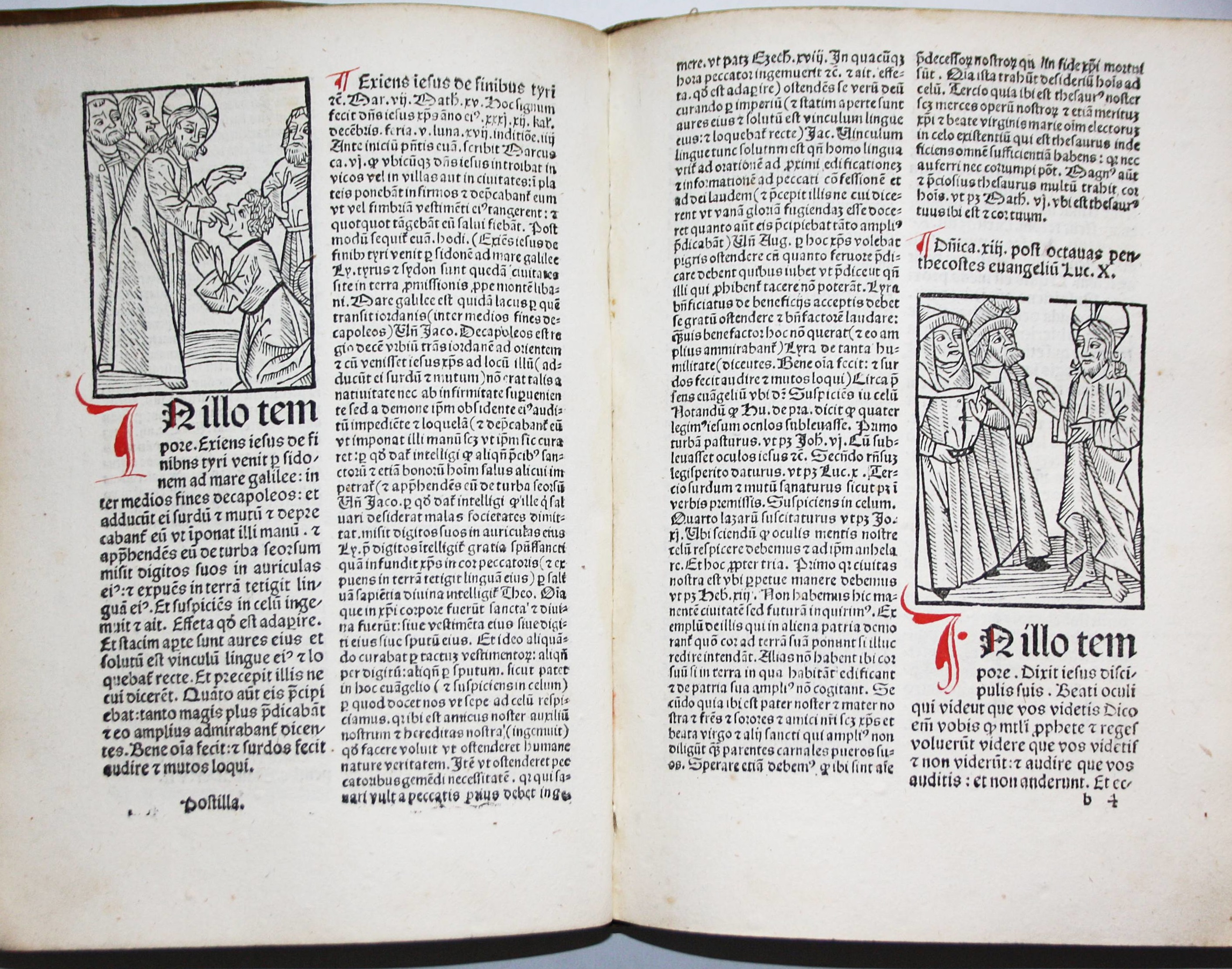 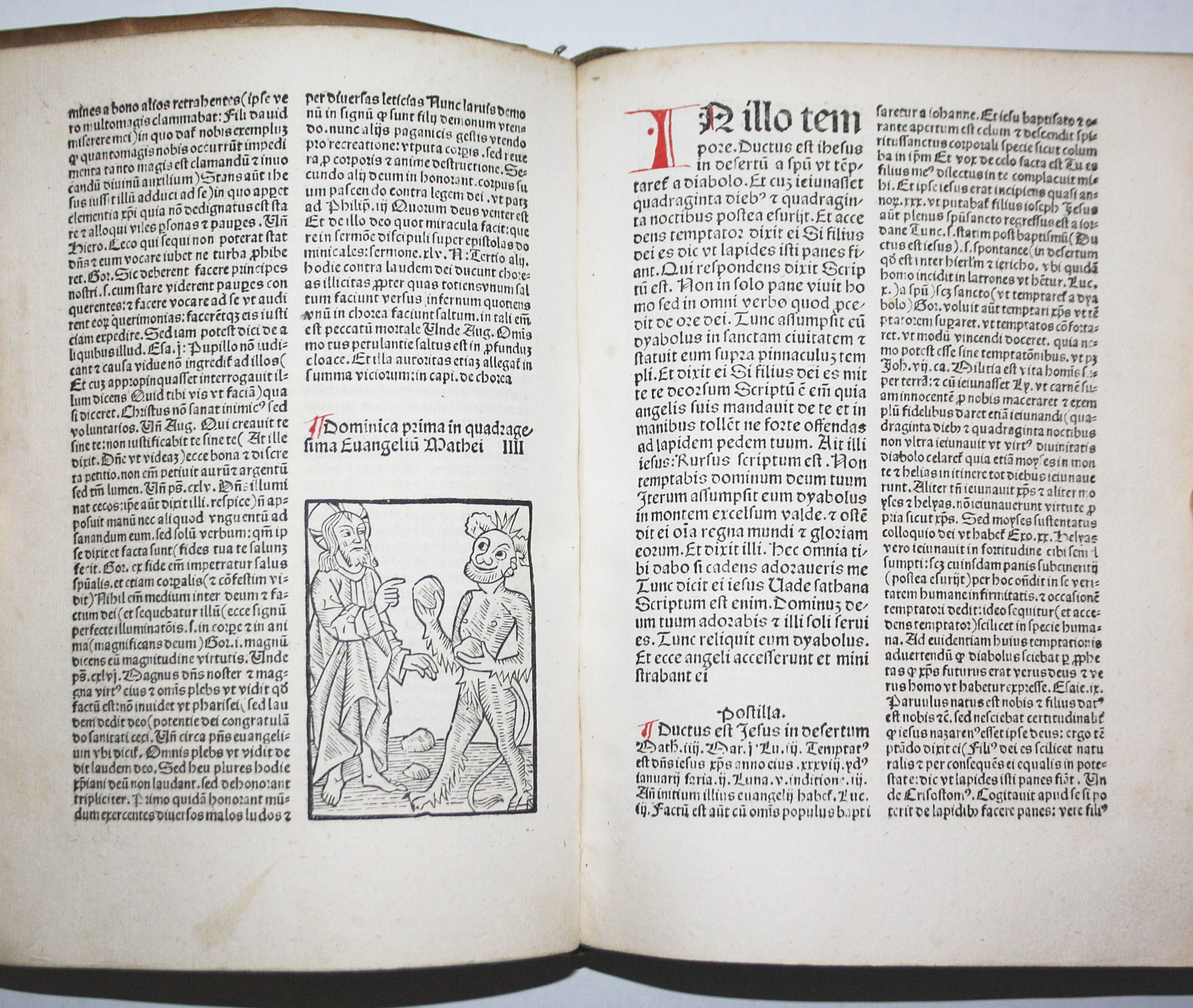 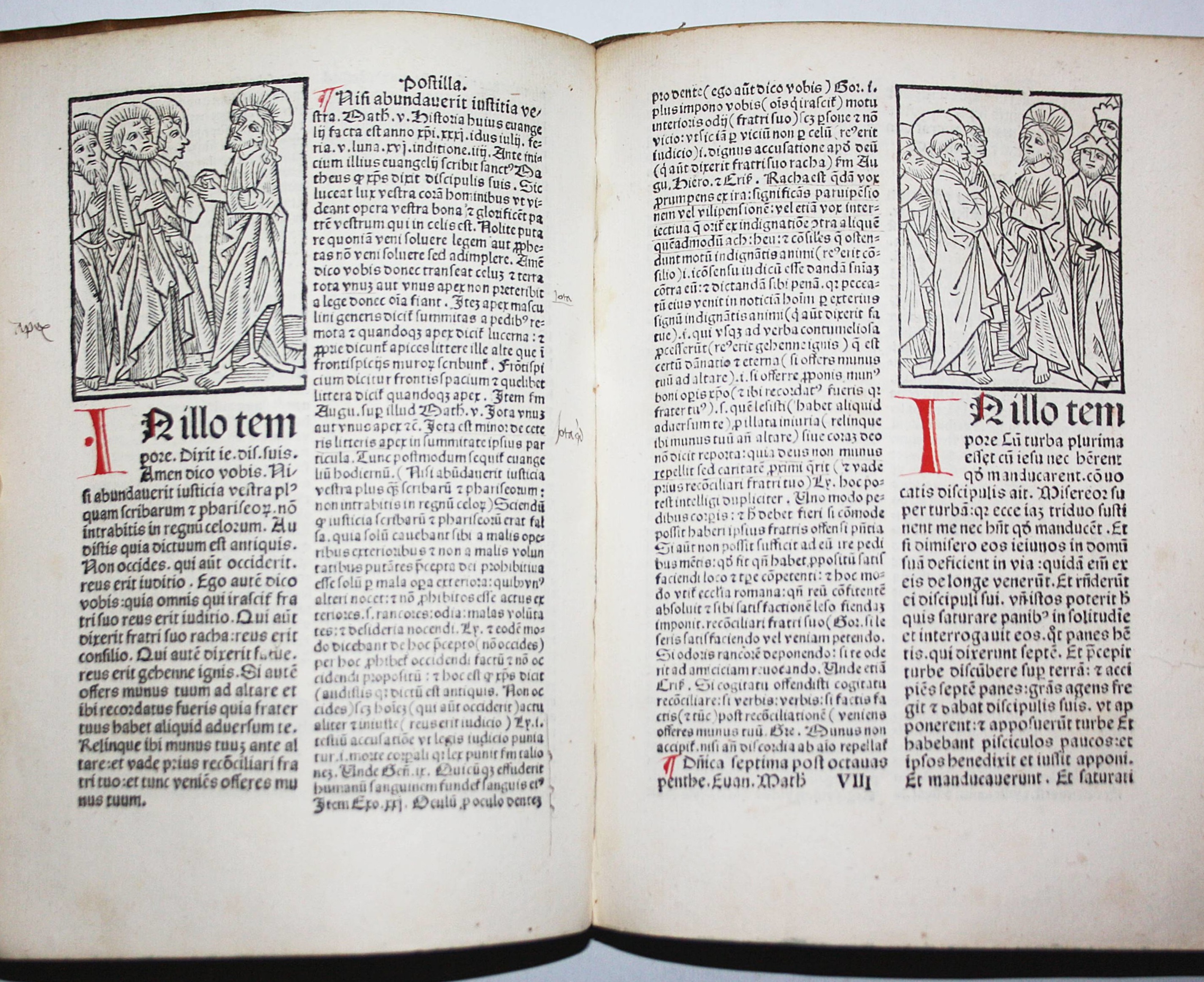 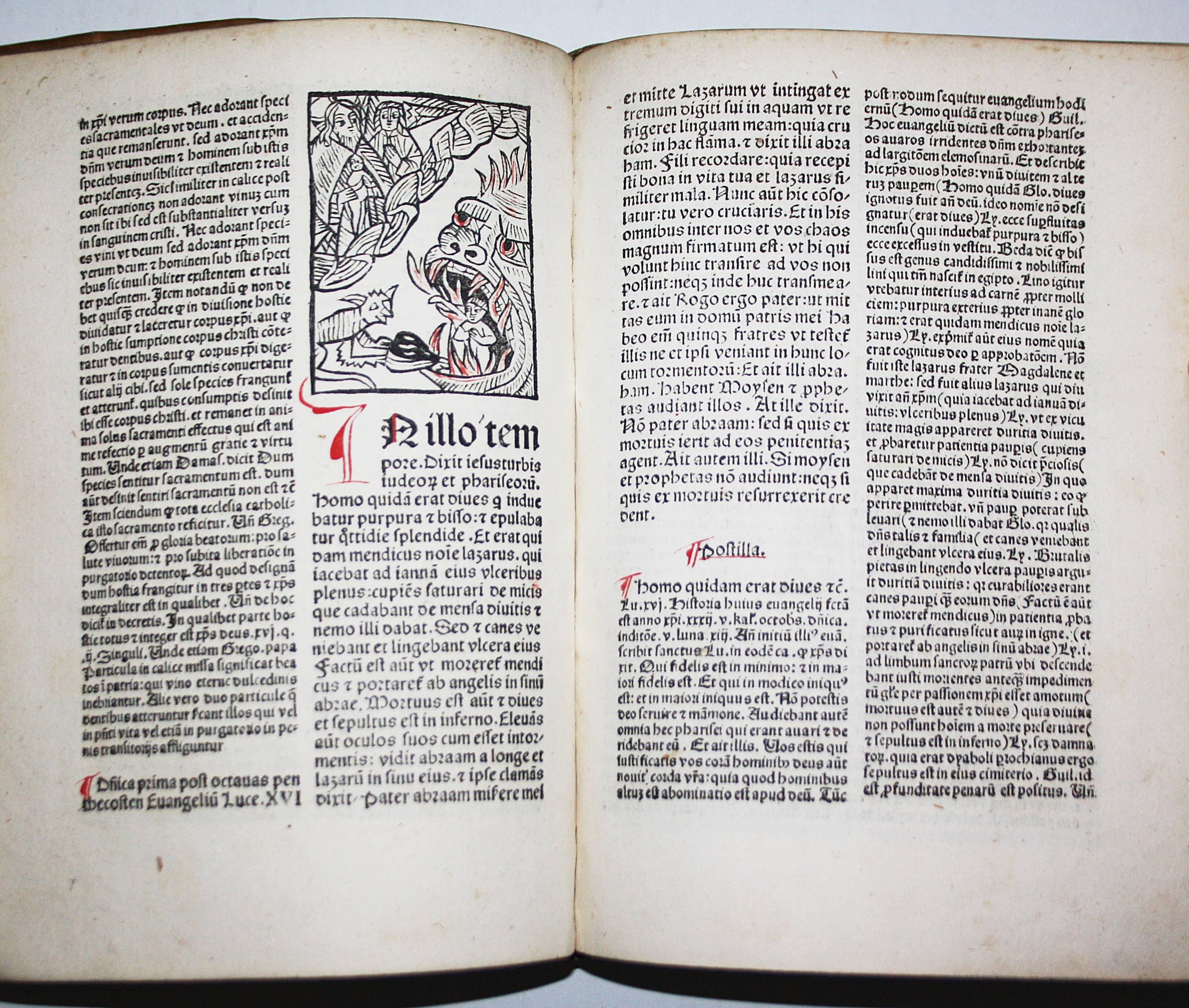 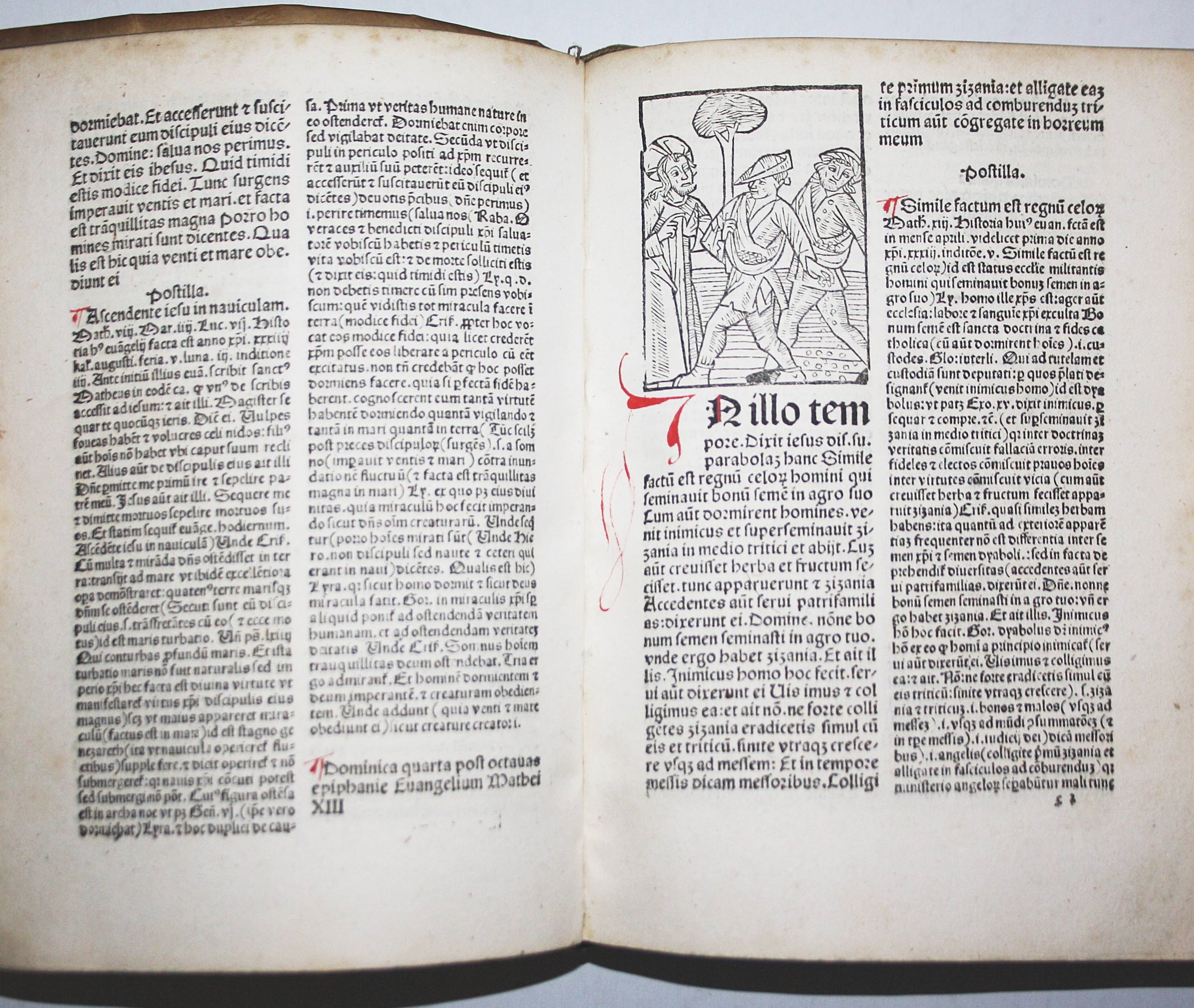 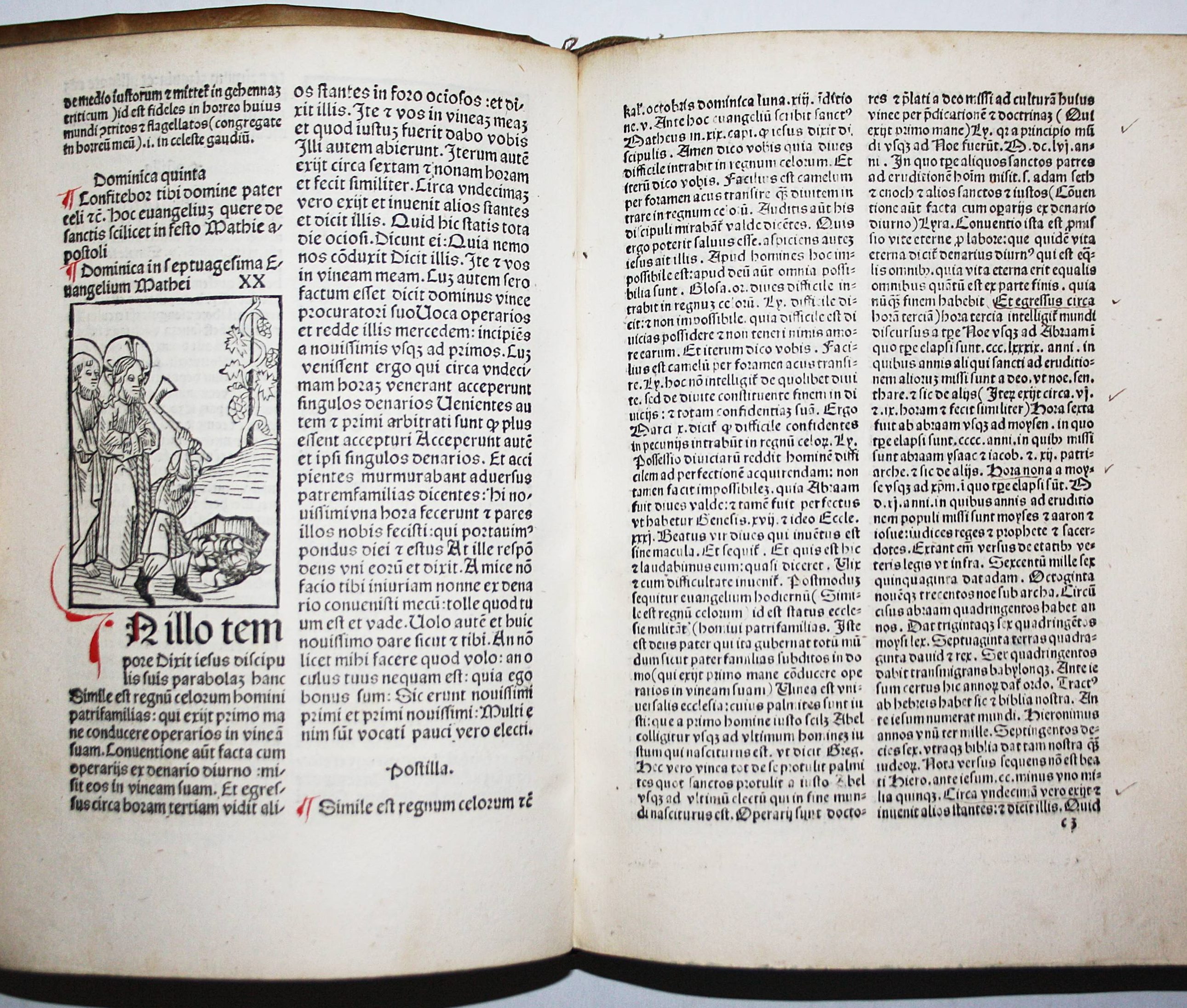 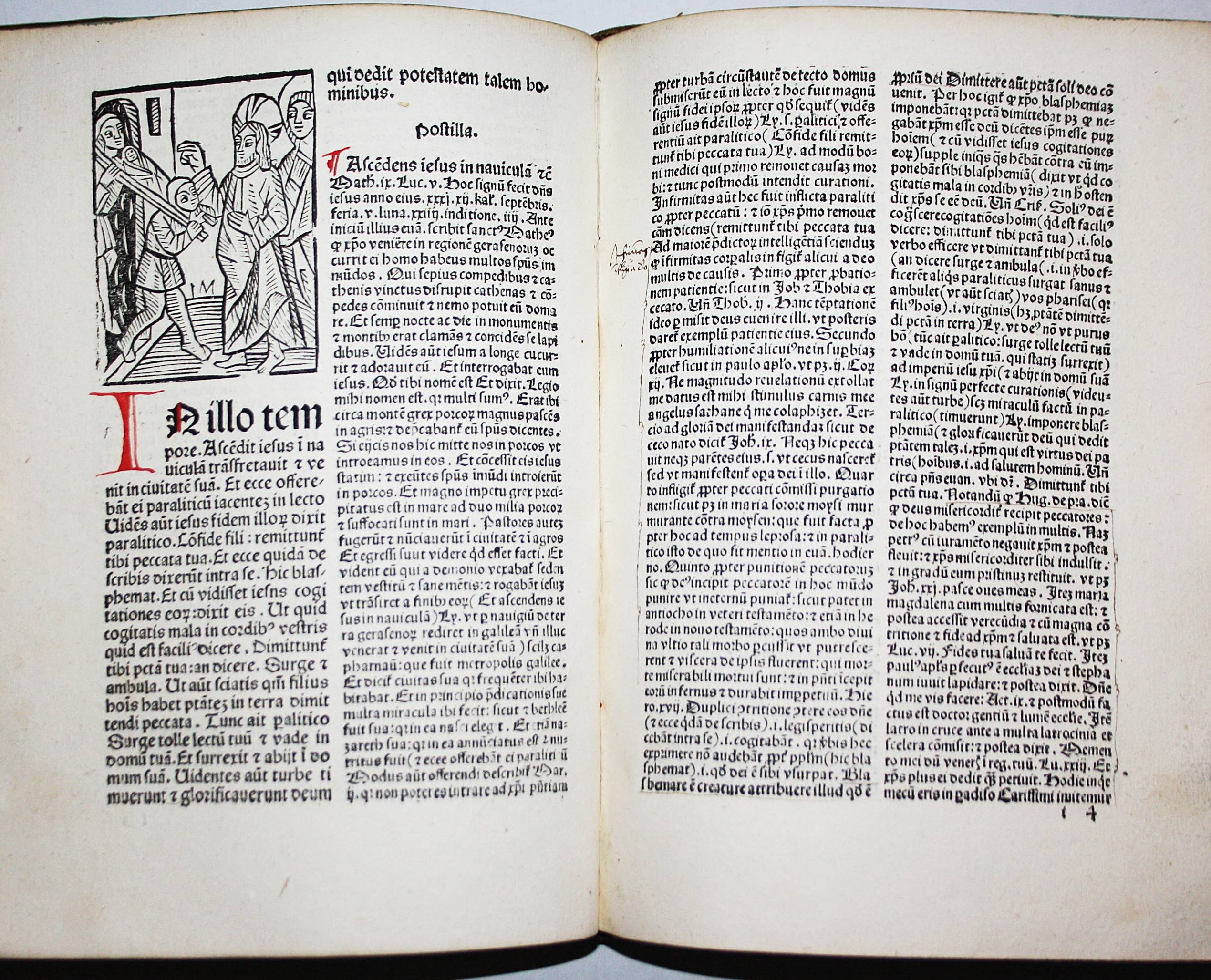 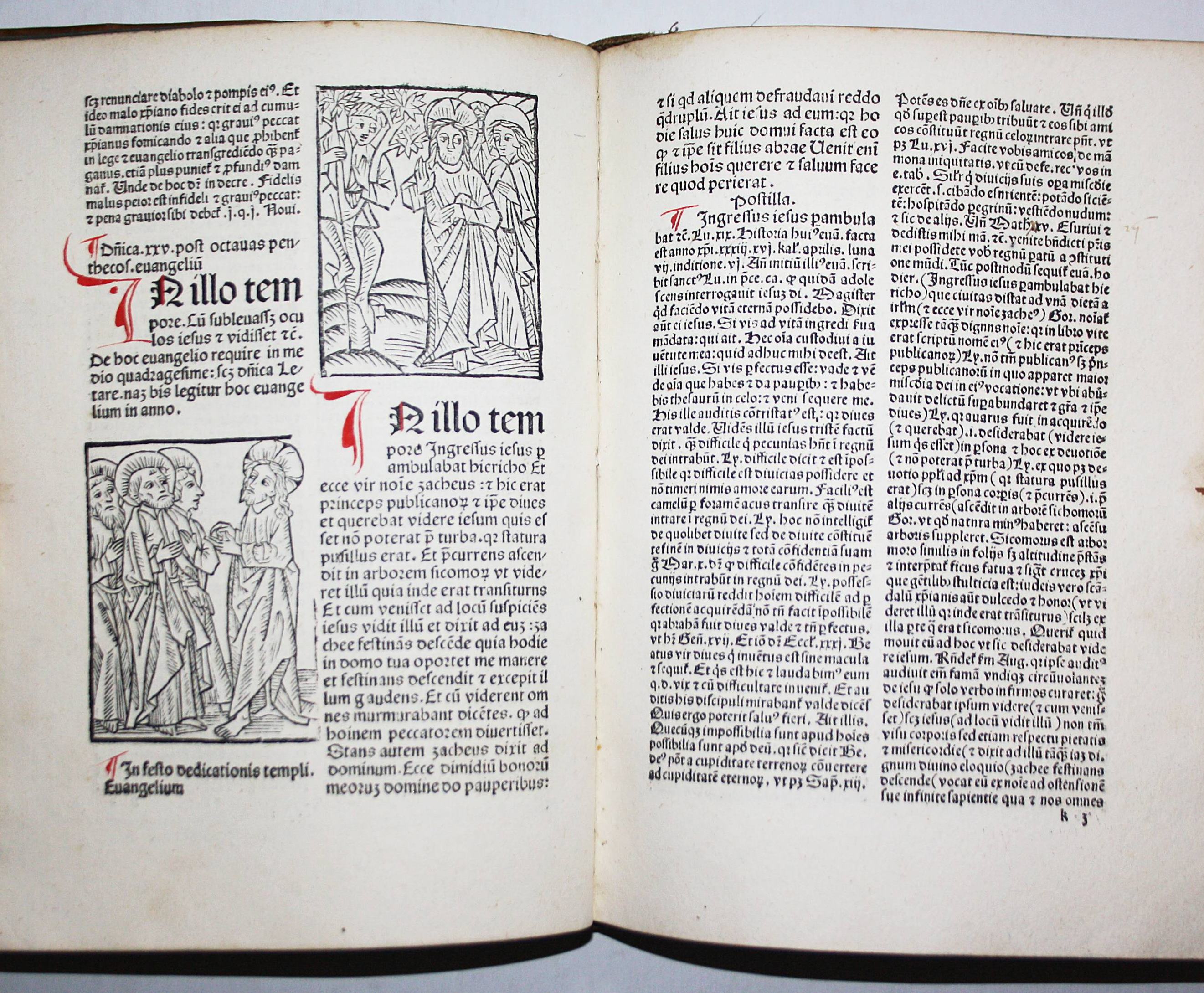 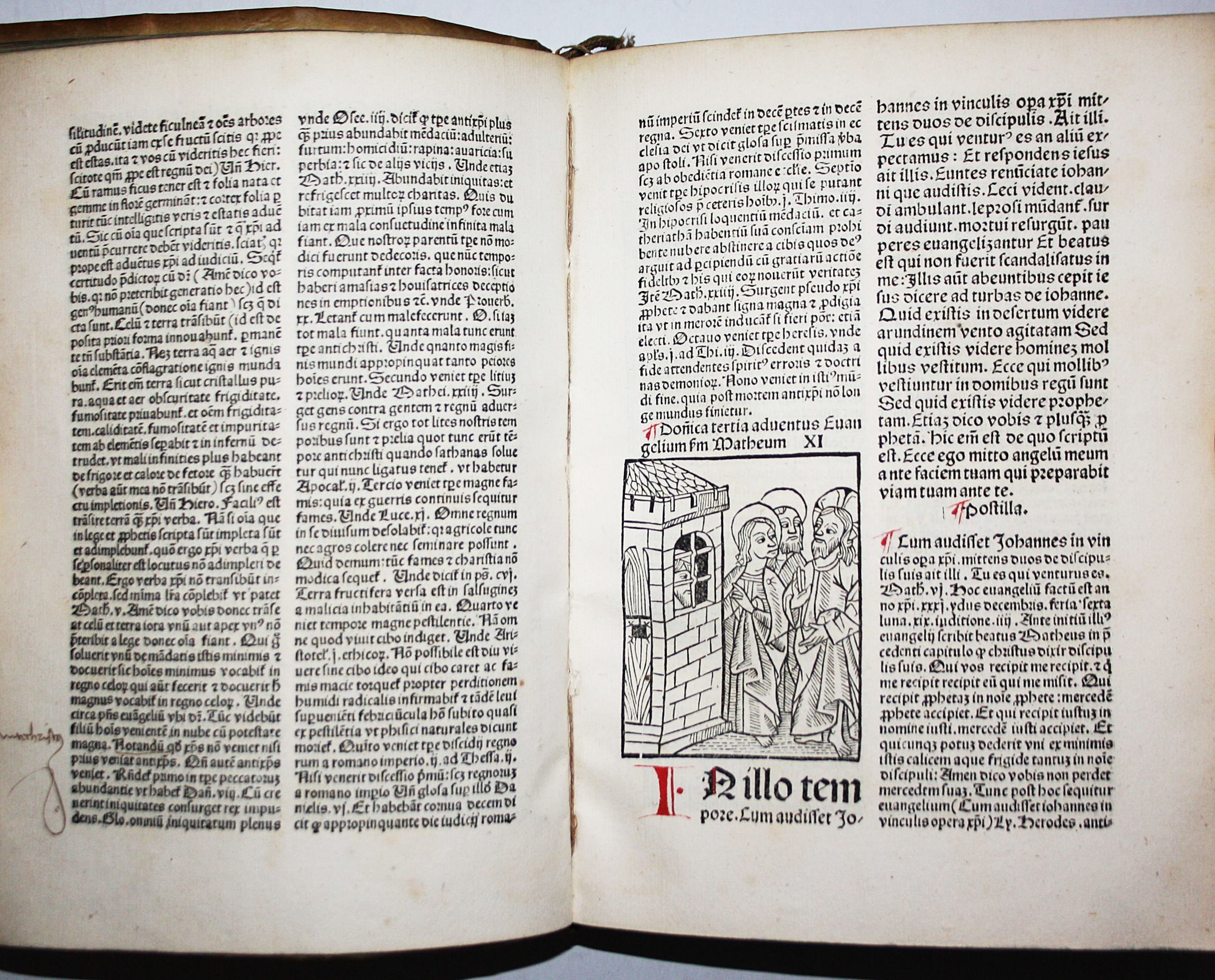