In 1737, six tapestries representing the Story of Psyche were commissioned by the king of France, Louis XV, from the royal tapestry manufactory at Beauvais. Finally, five carpets were produced for the series. The production started in 1741. The designs were provided by Francois Boucher. Only six complete sets were ordered during the almost thirty year period of the weavings, although numerous versions of each piece were executed seperately. The present oil sketch is a design for the third tapestry in the series, Les Richesses (Psyche displaying her treasures to her sisters). „Boucher illustrated – for the delight of the court ladies – the pearls and precious stones described by La Fontaine. Formally, however, his composition depends on Natoire’s scene of Les Richesses from the Hotel Soubise. Boucher’s borrowings from Natoire, more direct here than in any of the other tapestries, are evident in the frieze-like arrangement of figures on the steps of what is apparently the colonnaded entrance hall of Cupid’s palace, and in the poses and gestures of several of the figures.“ (Hiesinger) „Boucher broke with a tradition insistent on rewarding Psyche with heavenly apotheosis and marriage. Boucher instead restricted his five scenes to Psyche’s terrestrial, rather than heavenly, adventures.“ (Hiesinger) An earlier sketch for Les Richesses (formerly in the collection of E. Shapiro, London) shows the tapestry composition in reverse. The present drawing already shows the scene in its final orientation. However, the colors of the garments and curtains differ from those on the tapestries. „Although Boucher’s paintings and drawings are well known… his tapestries may be his most impressive memorial. For in this art his spirit is always sympathetically revealed.“ (Phillips) Since 1736 Boucher designed tapestry cartoons for the Beauvais manufactory and in 1756 became supervisor of the Gobelins manufactory in Paris. In 1765 he was appointed by the mistress of Louis XV, Madame de Pompadour, to became Court Painter to the King. Boucher is considered to be one of the most influential tapestry artists in history, especially with regards to figure tapestries. But his academic training enabled him to master many styles and techniques. He loved to focus on women and mythological themes and his paintings and tapestries being considered quite erotic for those times. 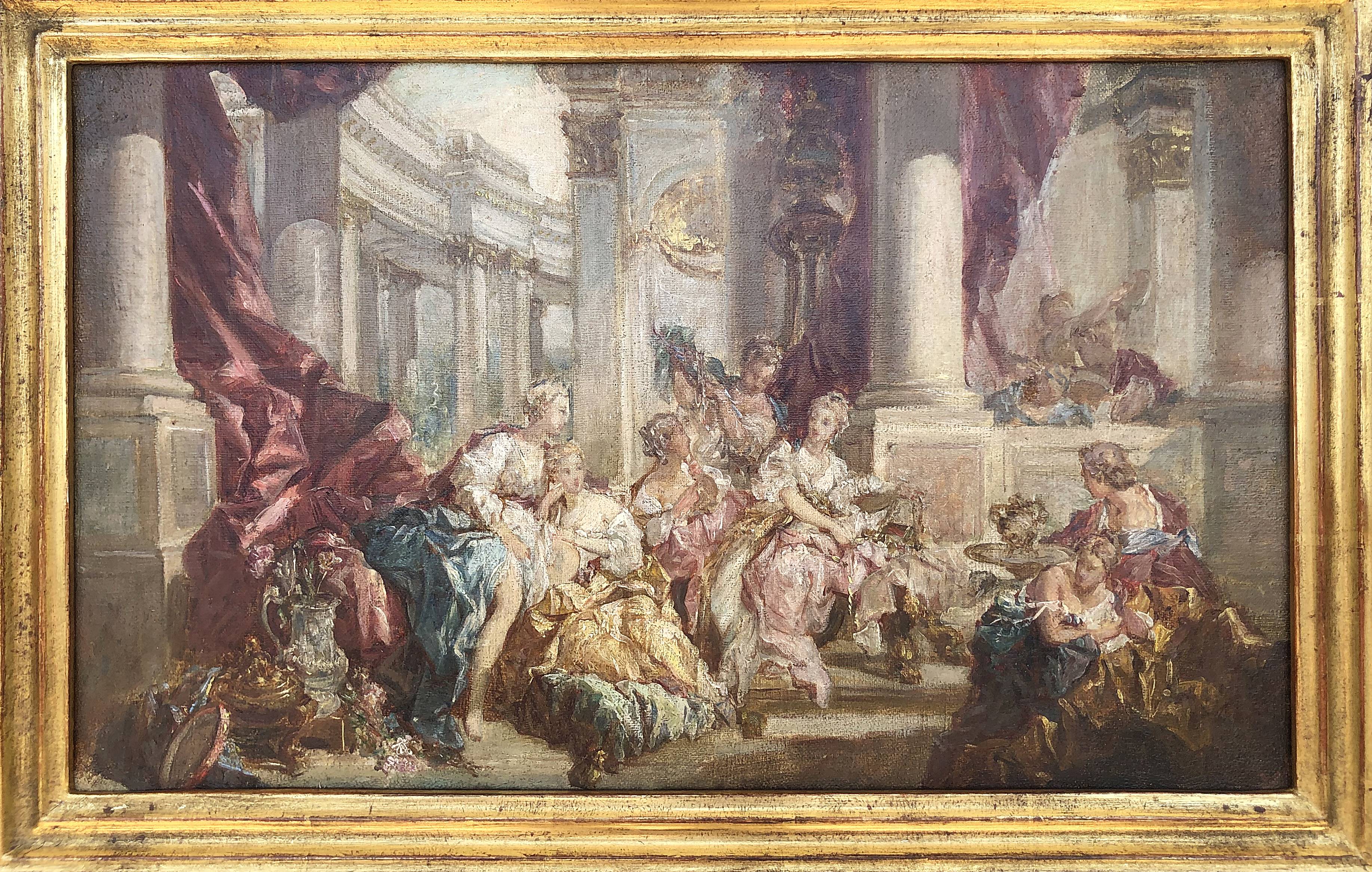 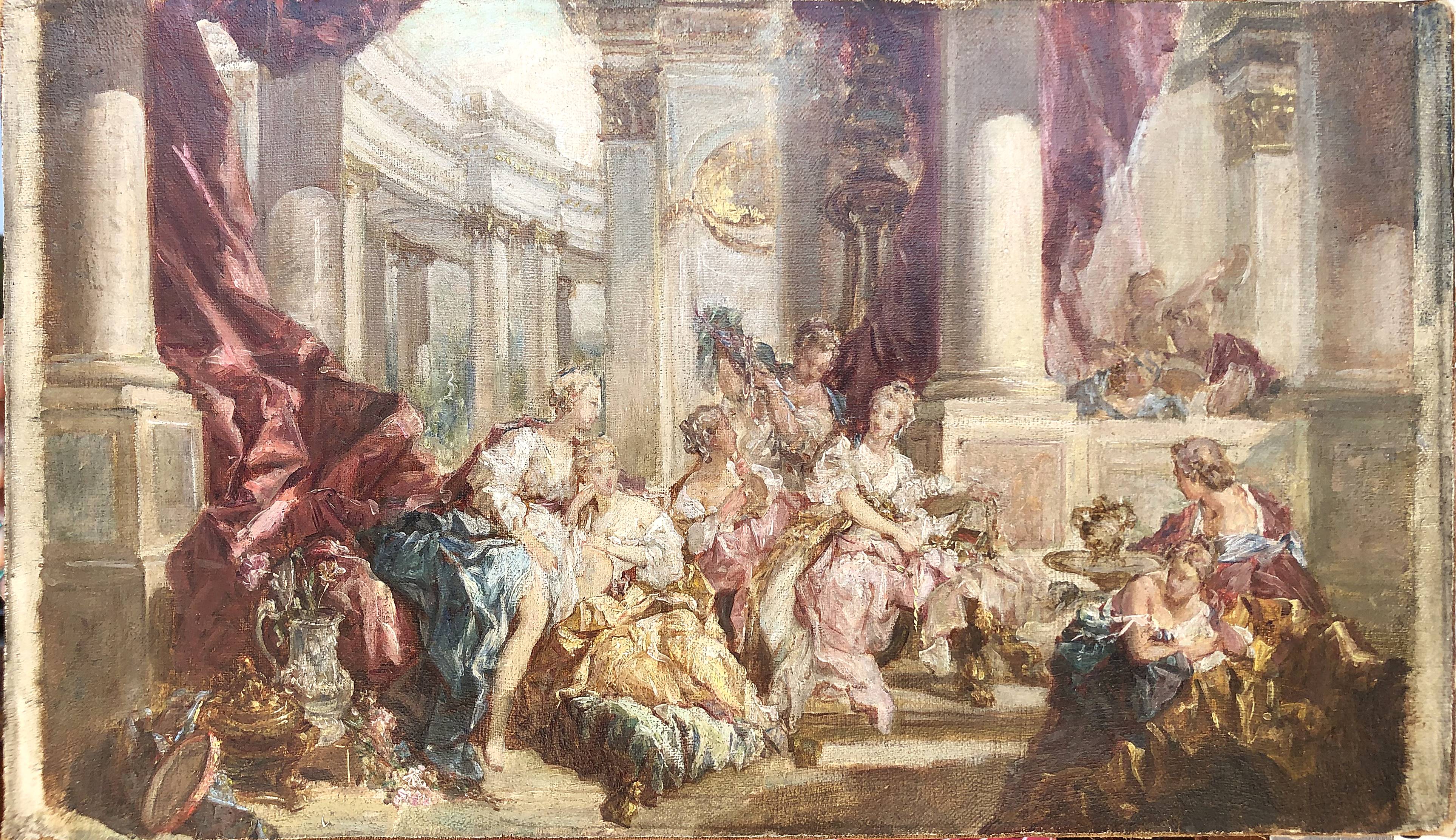 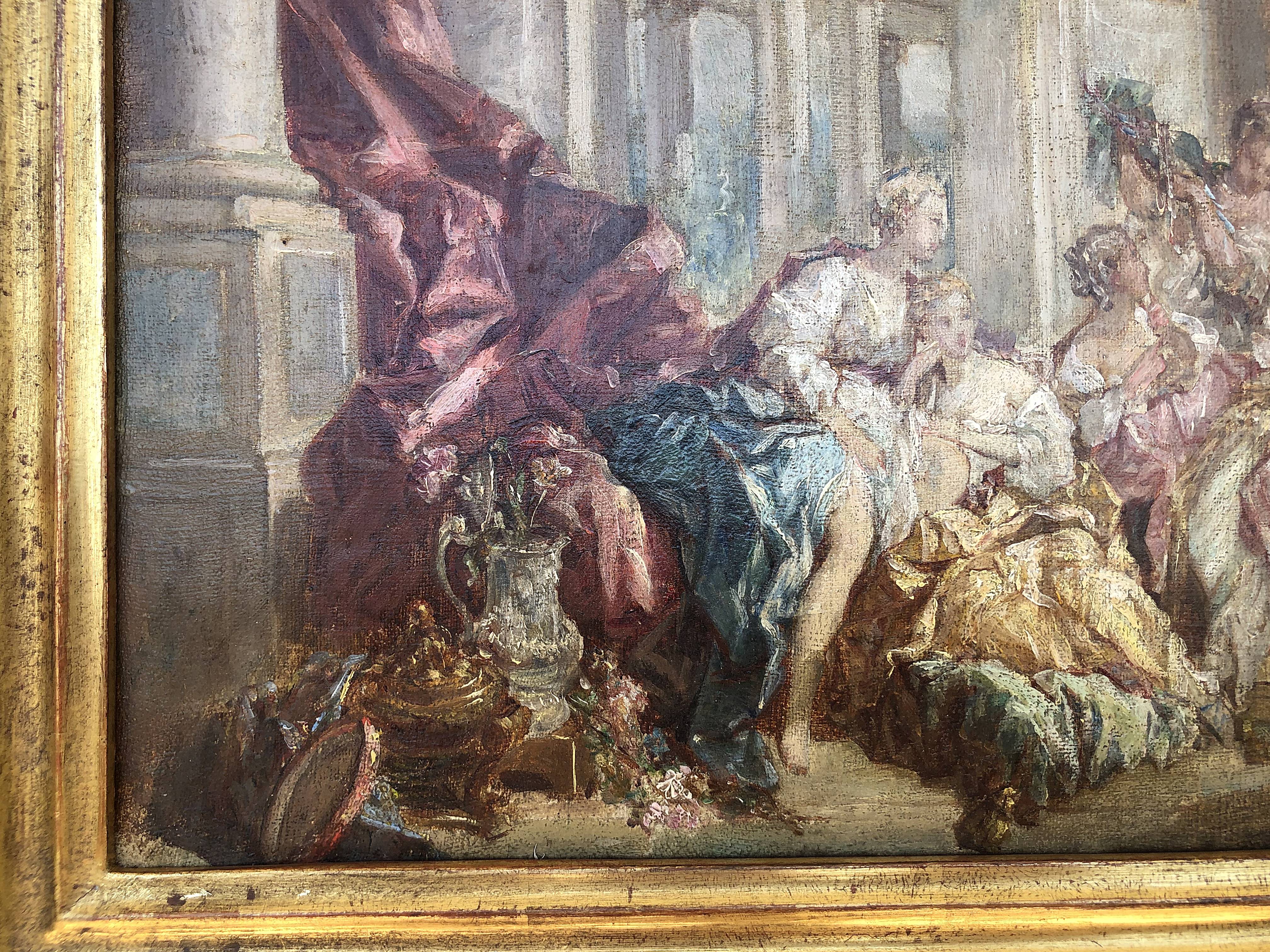 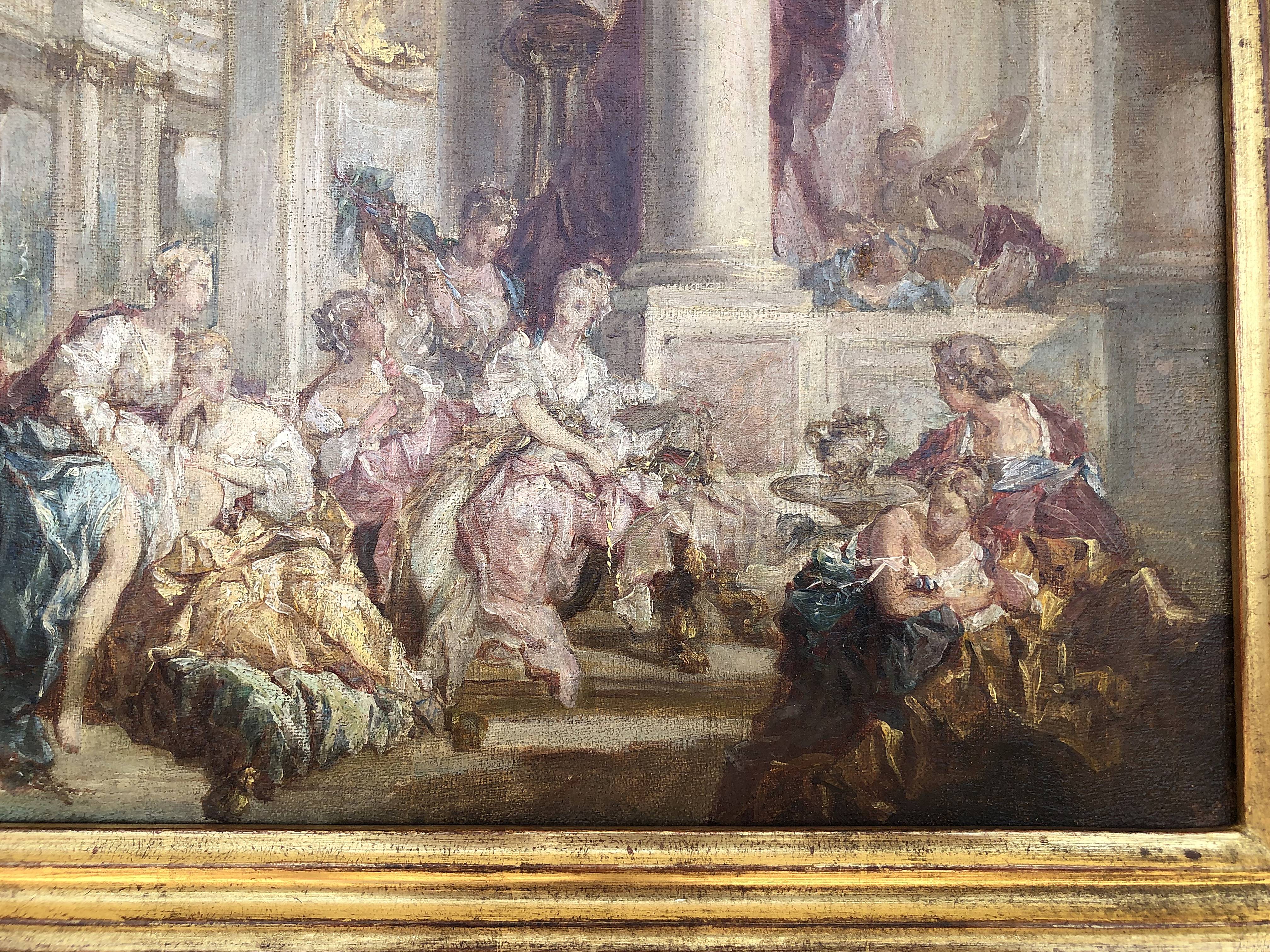 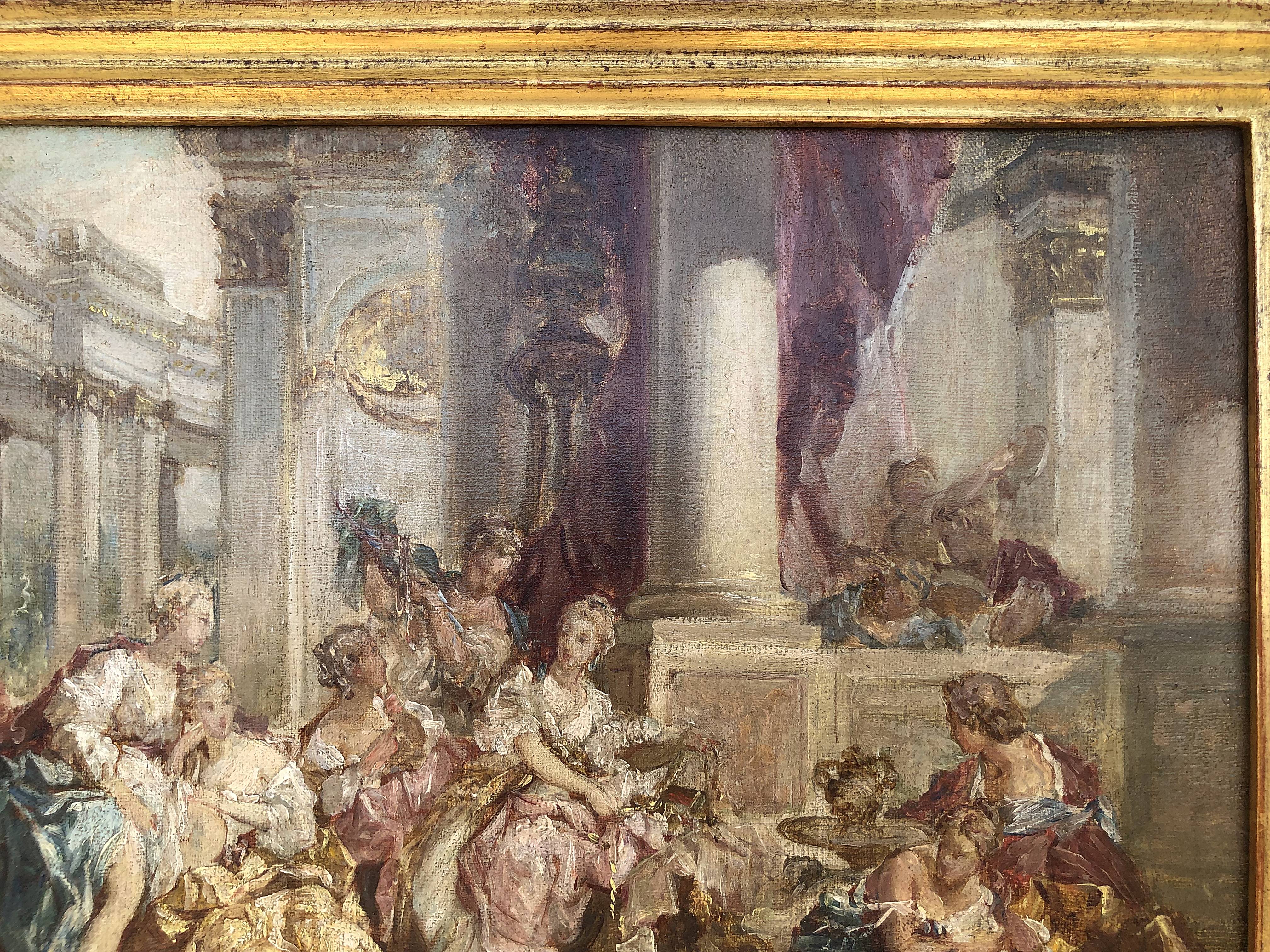 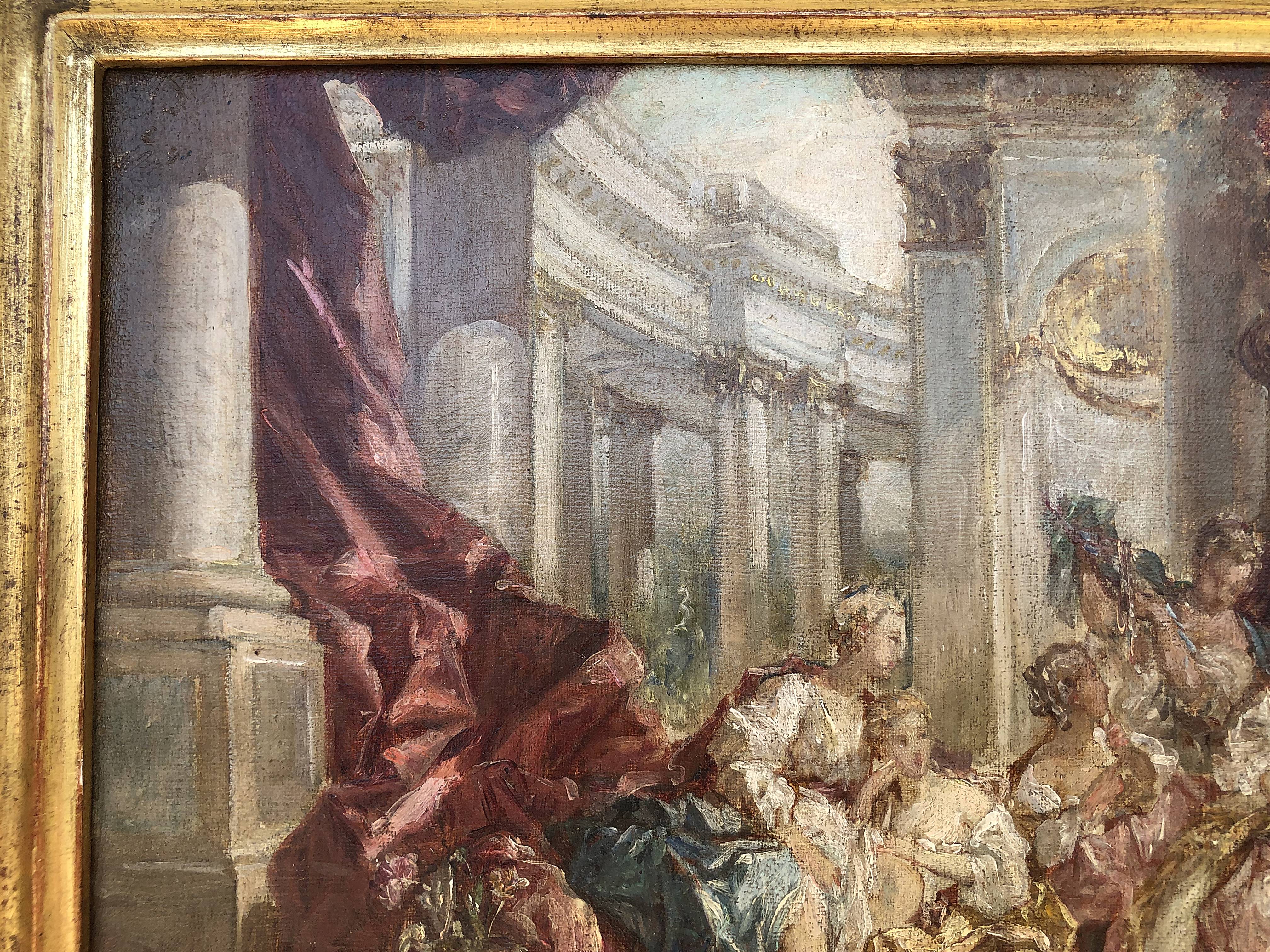 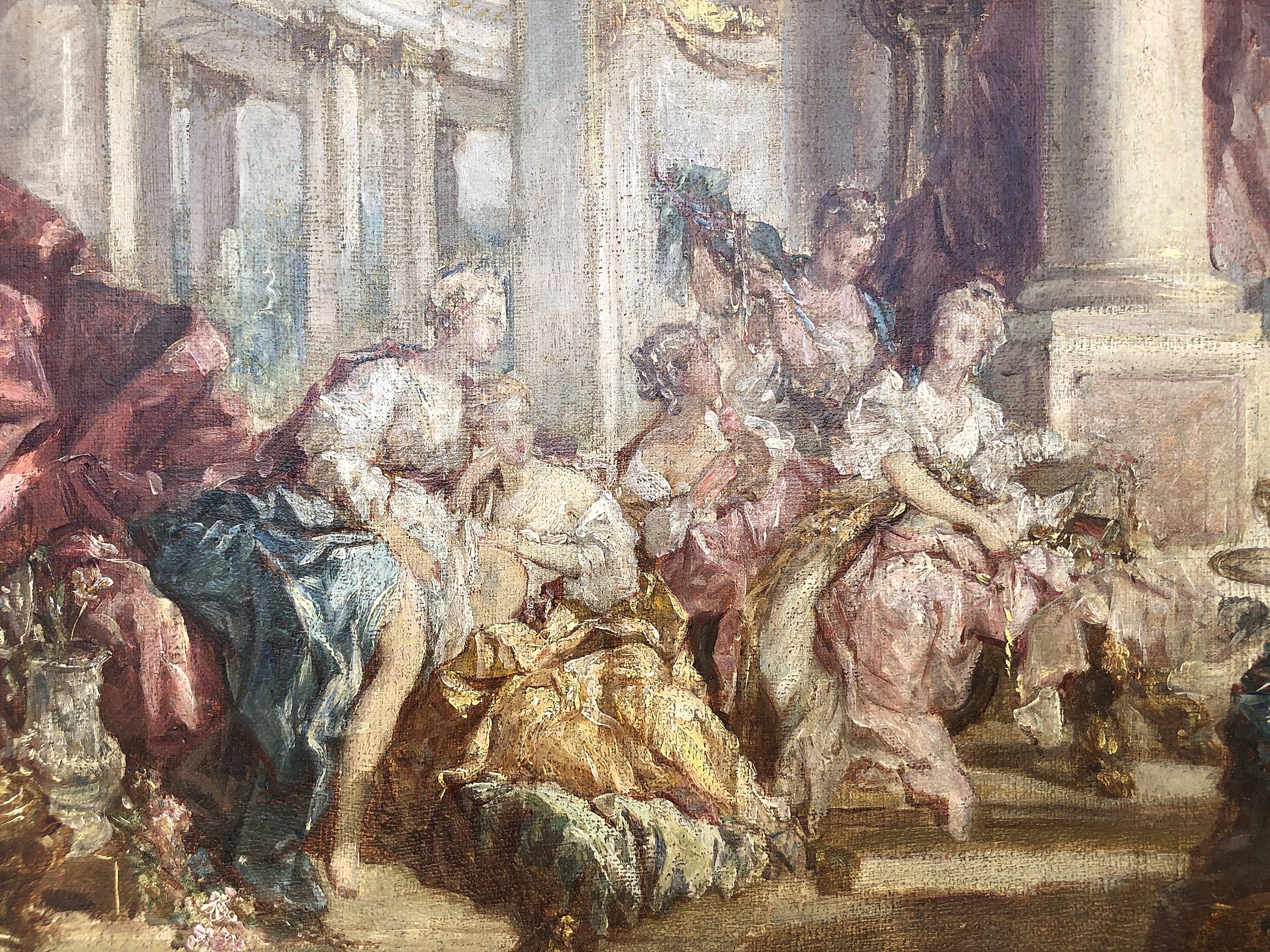 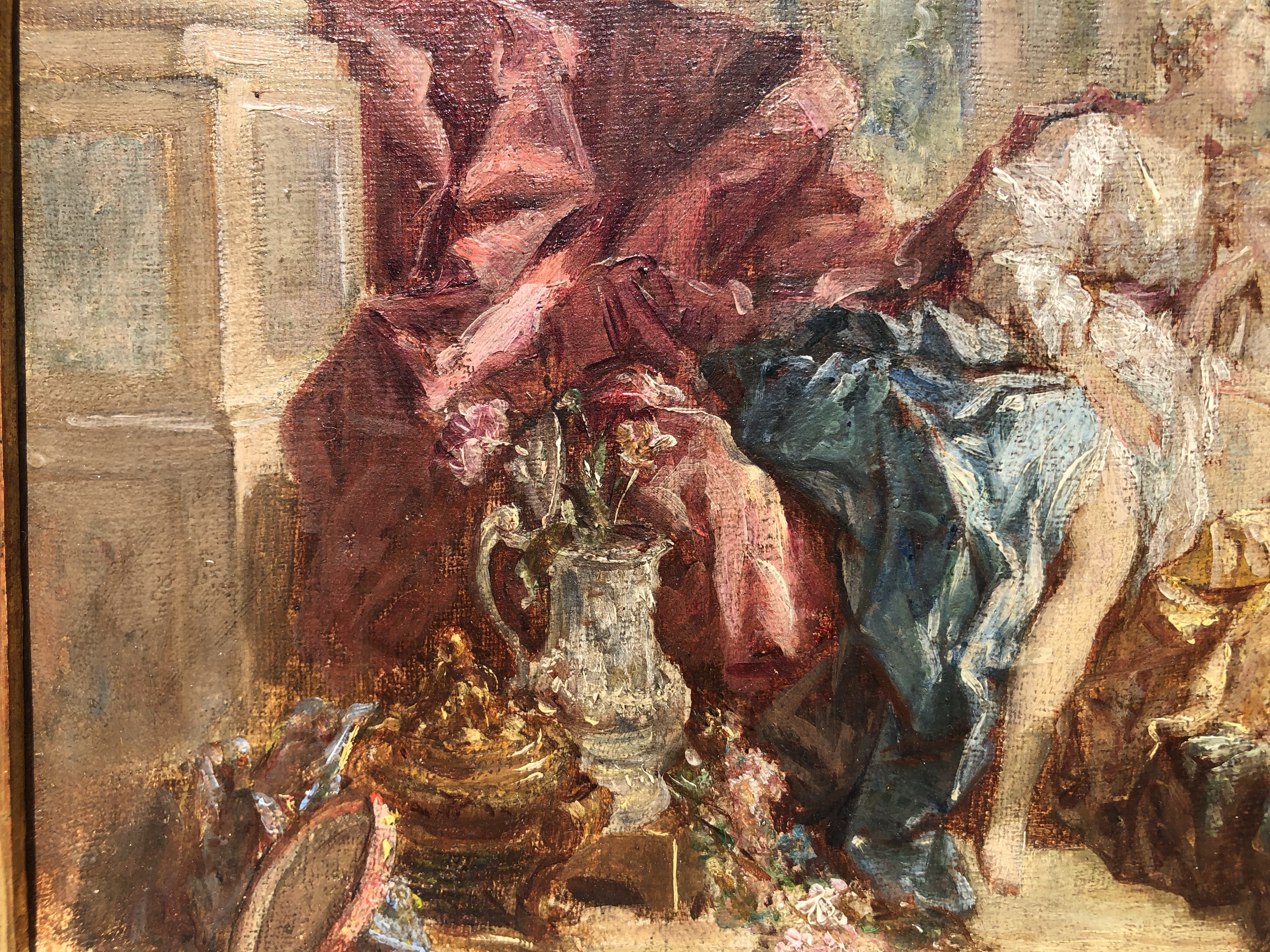 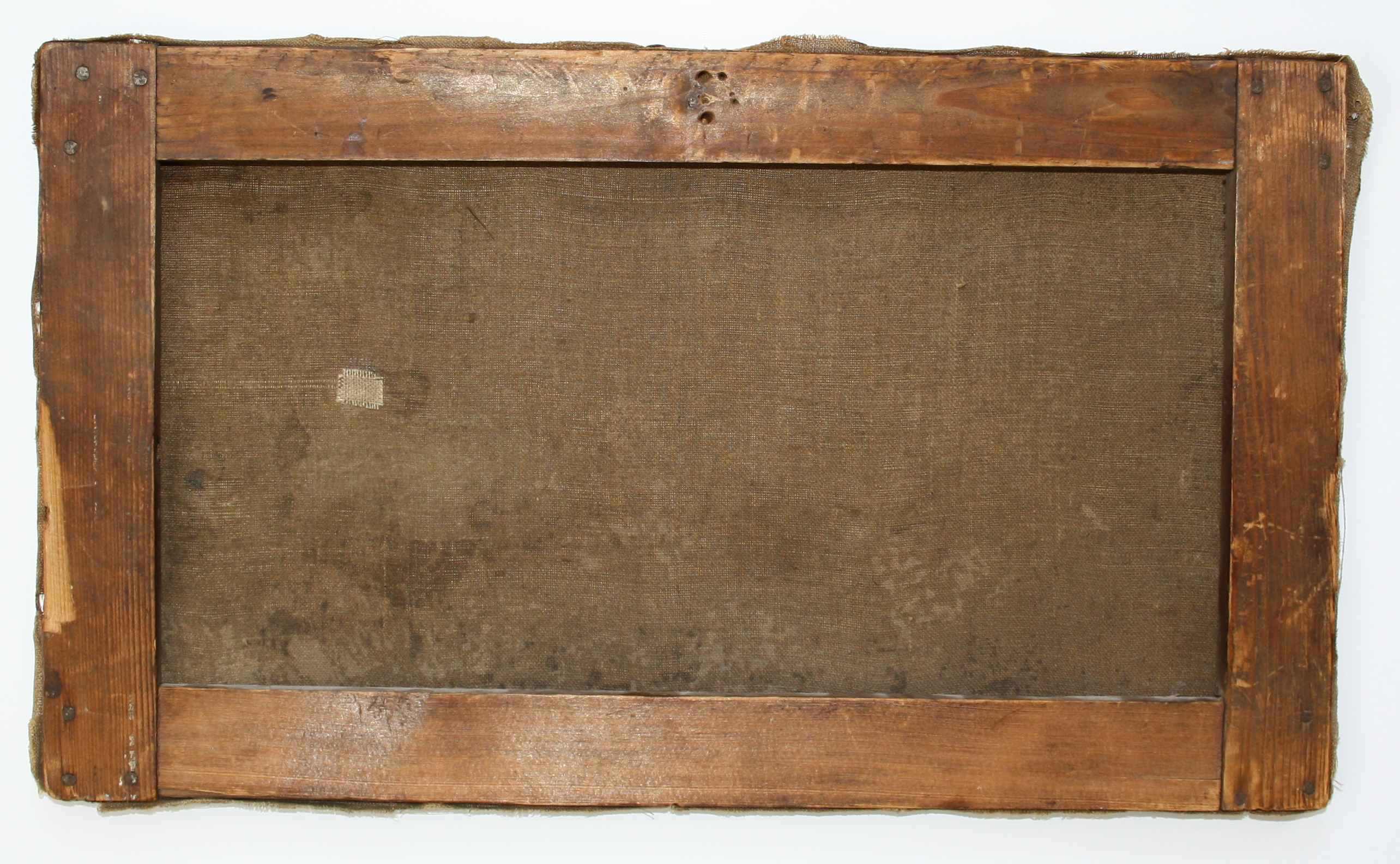