20 (out of 21) signed original charcoal drawings. Made on Japanese paper and mounted on cardboard. Size ranges from c. 23,5 x 20 cm x 35 x 26 cm. The drawings are titled according to the scene in the play that they represent. Two of the drawings with marginal tears that affect the pictures as well; the cardboard shows signs of wear; otherwise in overall good condition.

The present drawings were made for an anthology of 4 theatre plays by Jules Renard, published by Editions Fayard in 1911. These are 20 out of 21 of the original sketches for „La Bigote“, made by Charles Dudouyt (1885-1946).

„La Bigote“ is a comedy play by Jules Renard, which features the Lepic family, the one at the center of his more renowned book „Poil de carotte“. It was first played on stage in 1909, in Paris, at Théâtre de l’Odéon. The story is an anticlerical satire that presents a visit of a priest into a French household, while the family is waiting for their daughter’s suitor to visit. Madame Lepic is the one that the title refers to, she is a bigot, is only interested in the superficial aspects of being religious, and quite traditional in her views.

Charles Dudouyt was a French artist active in the first half of the 20th century who is well known for his furniture designs. He was trained at the Germain Pilon art school, in Paris. At the beginning of his artistic career – when these drawings were made – he mainly focused on drawings, the turn to furniture design came later on, after WW1. He was keen on book illustrations at that time and has had a few fruitful collaborations with the Parisian publishing house Édition Calmann-Levy. This collaboration lead to the work which brought Dudouyt international fame and reputation, namely the illustrations for the French edition of H. G. Wells’s „The War of the Worlds“.

Dudouyt was very particular about his drawing technique – the drawings are made using charcoal and white gouache on Japanese paper and mounted on (usually blue) cardboard. The drawings are mainly in black and white, with a few rare touches of white and red to underline certain elements of the image. The subject of the illustrations ranges from portraits of the characters to scenes of their interactions, to more complex household scenery that shows more members of the family together. These well-executed drawings achieve, with carefully-drawn, broader lines, to show the intricacy of the characters‘ emotions and reactions.

As he was best known for his furniture designs, drawings by Charles Dudouyt are very rare on the market. This lot is a rare collection of beautifully illustrated scenes of an early 20th-century comedy play by Jules Renard. 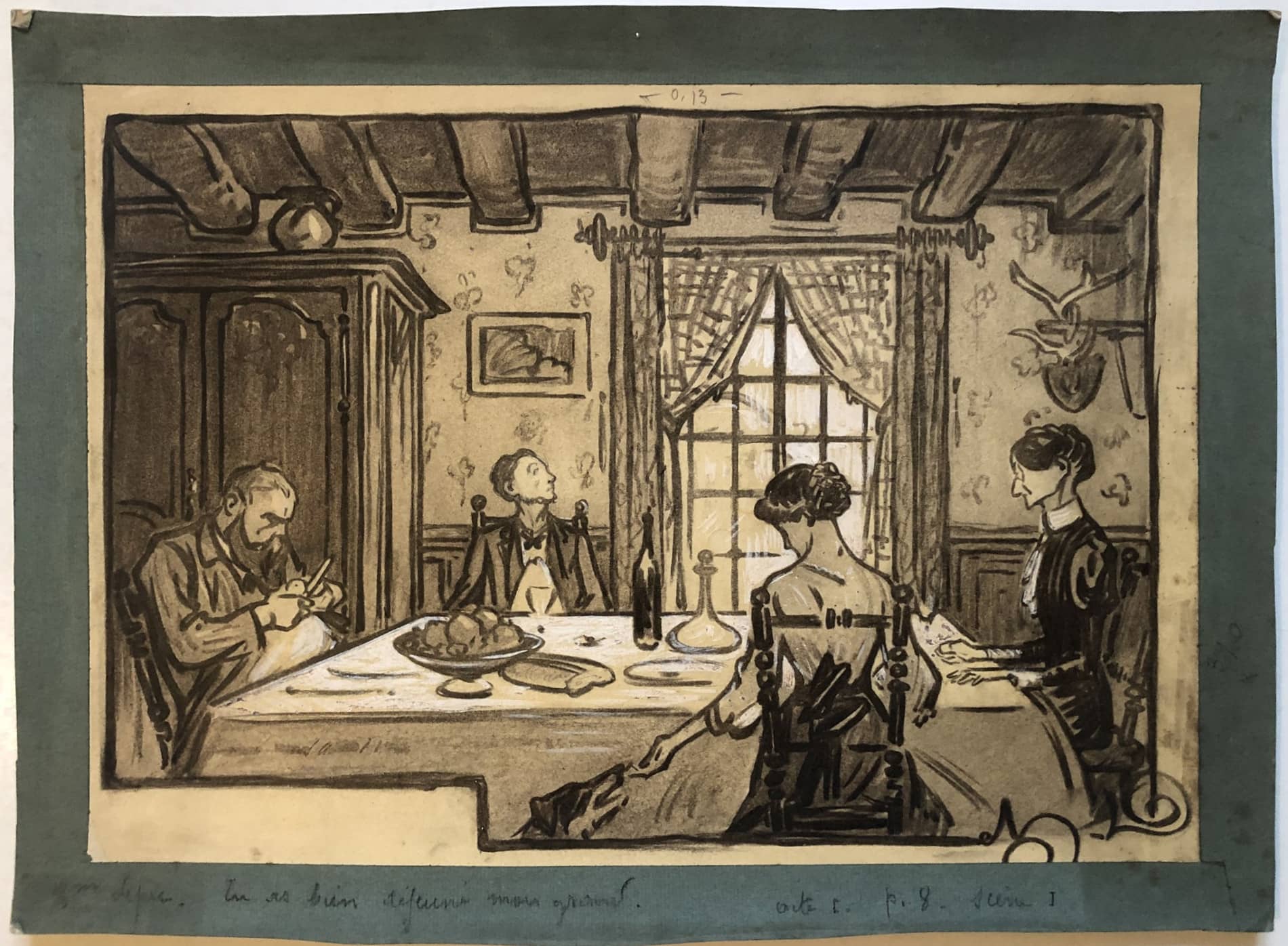 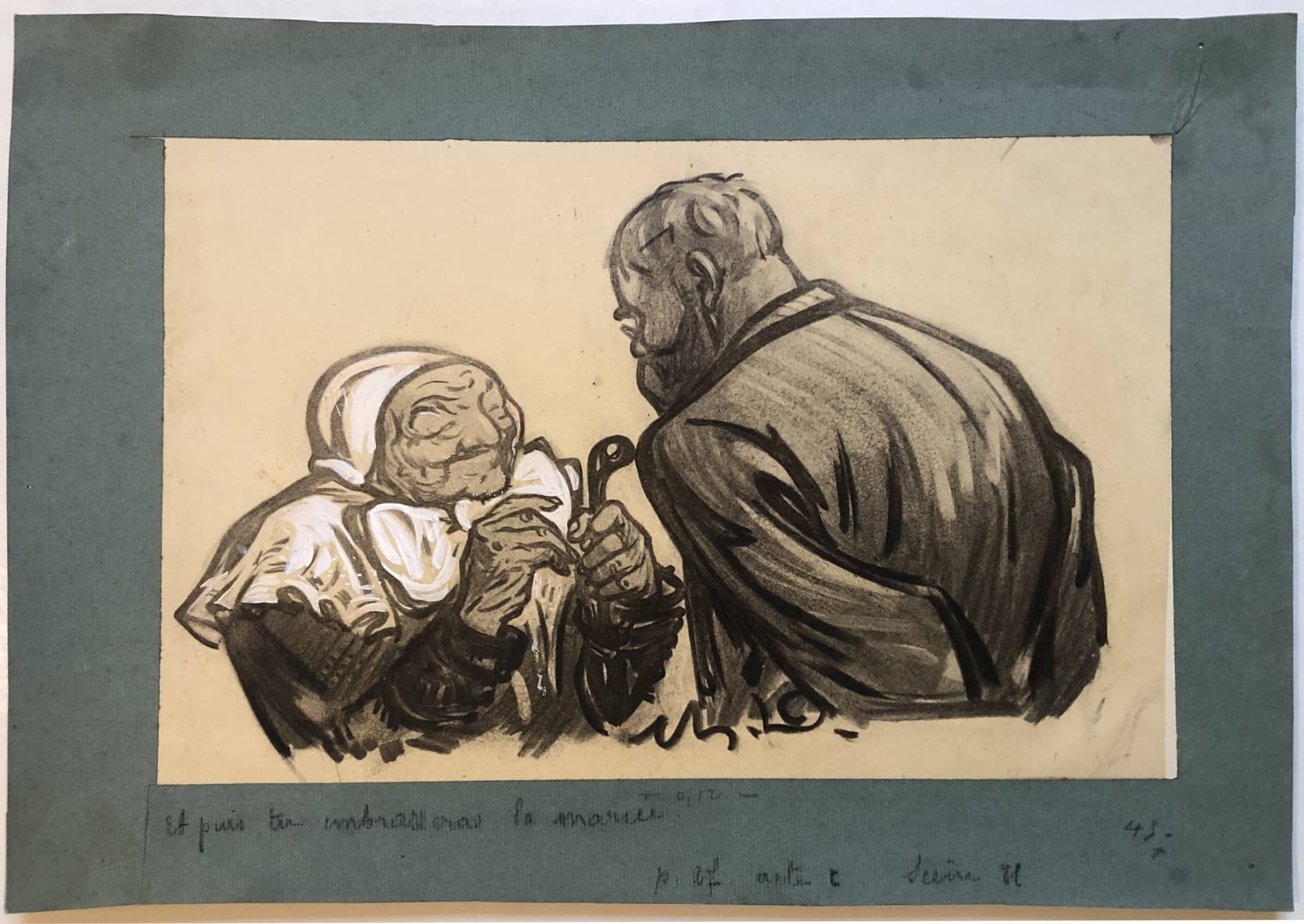 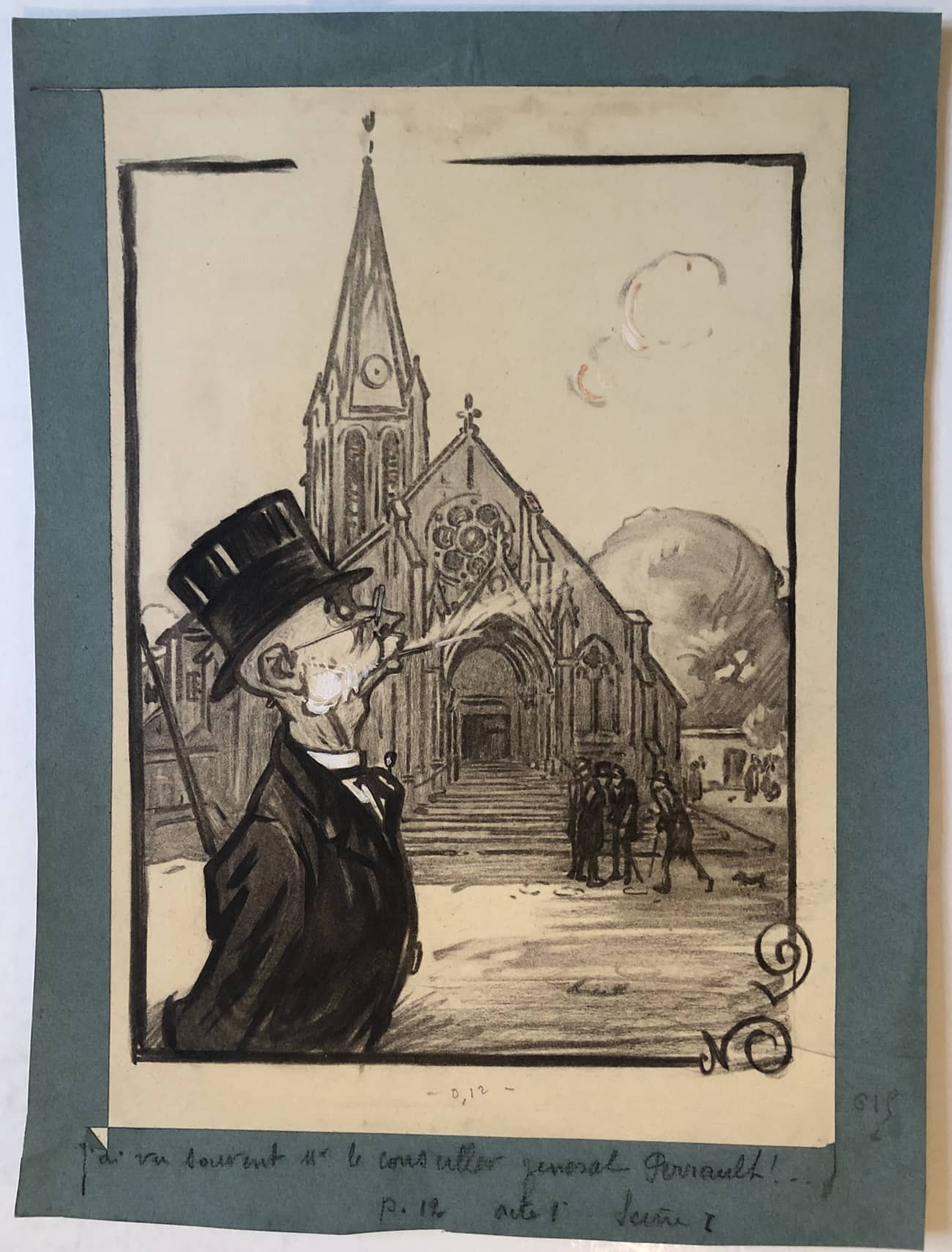 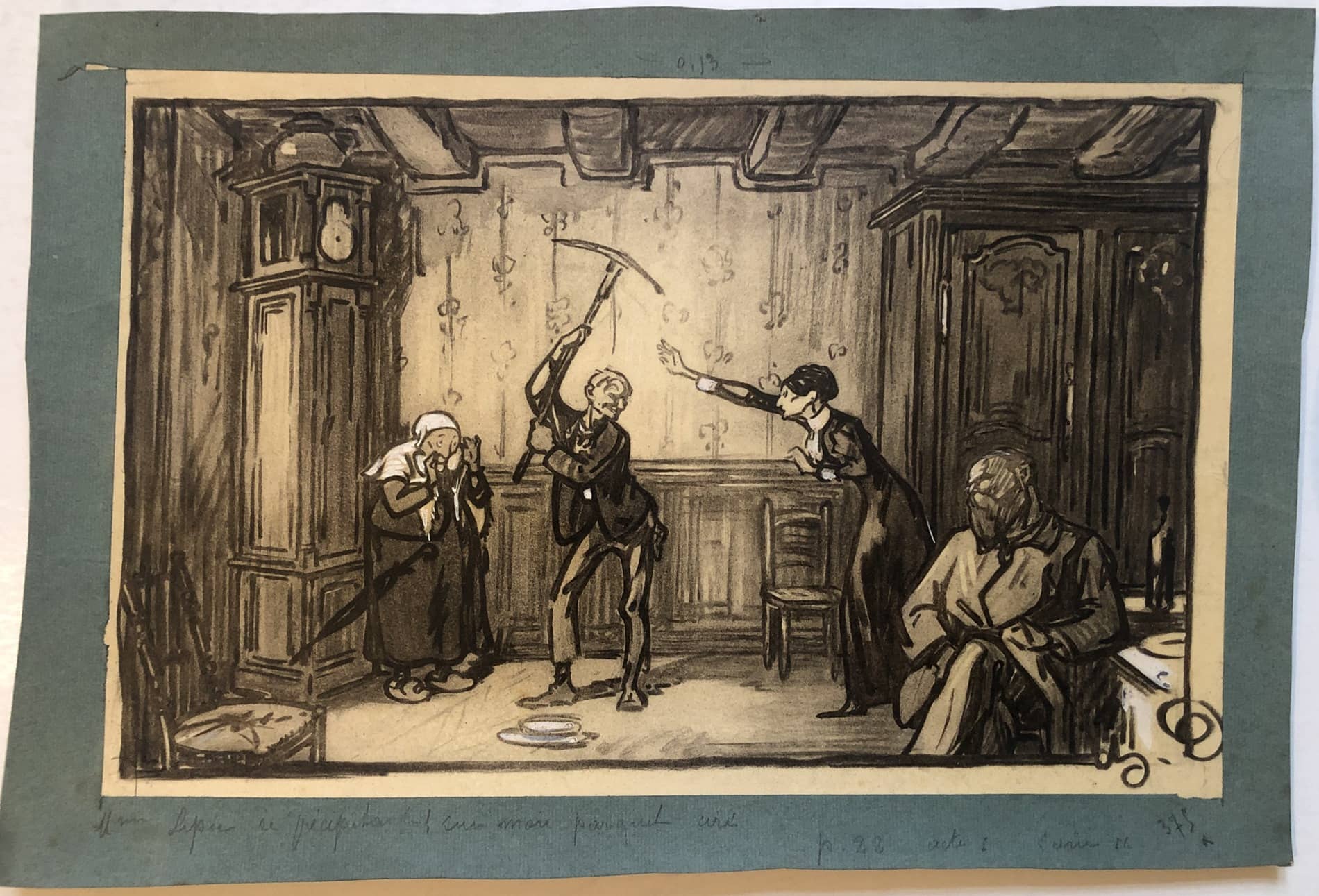 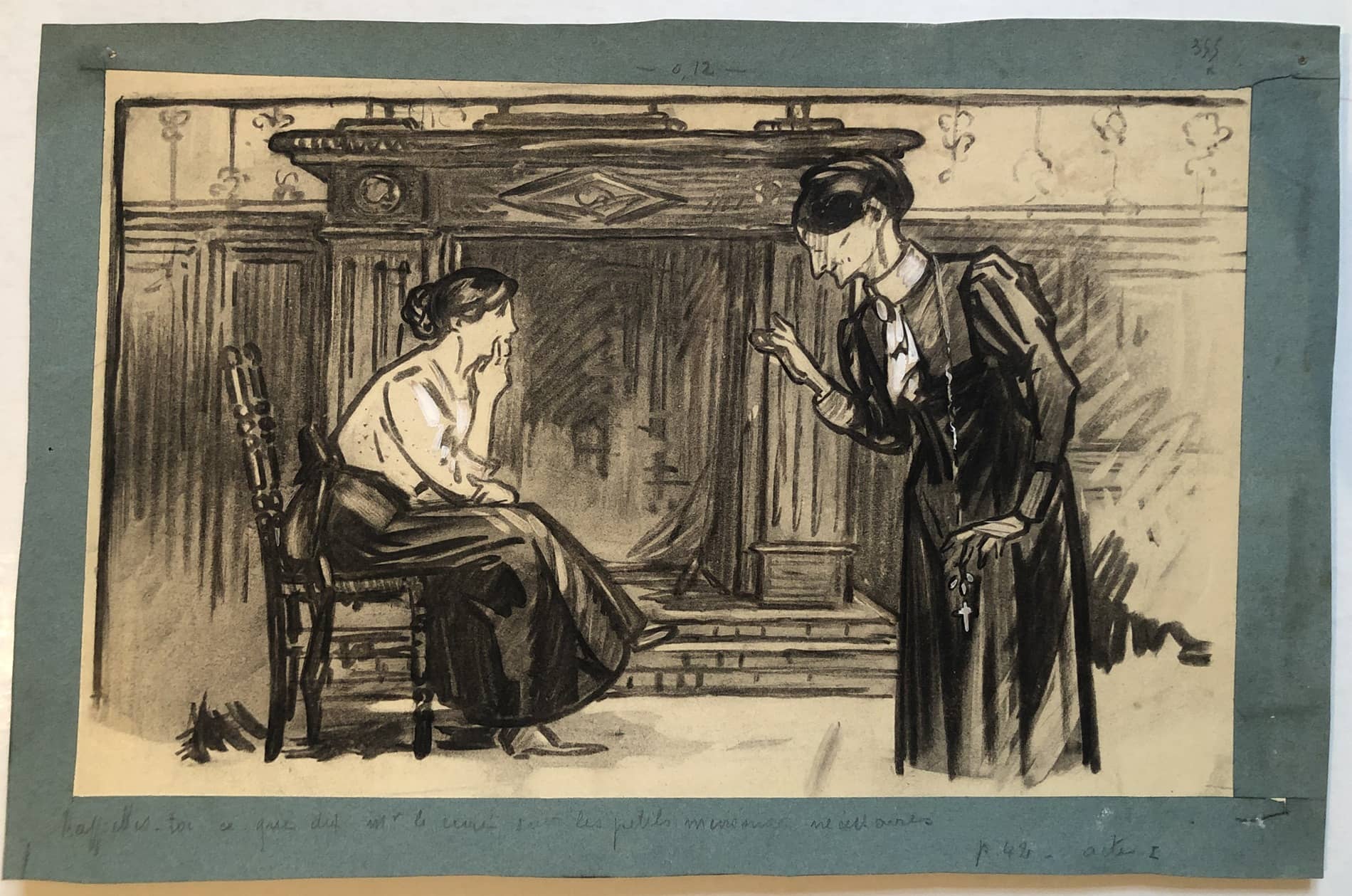 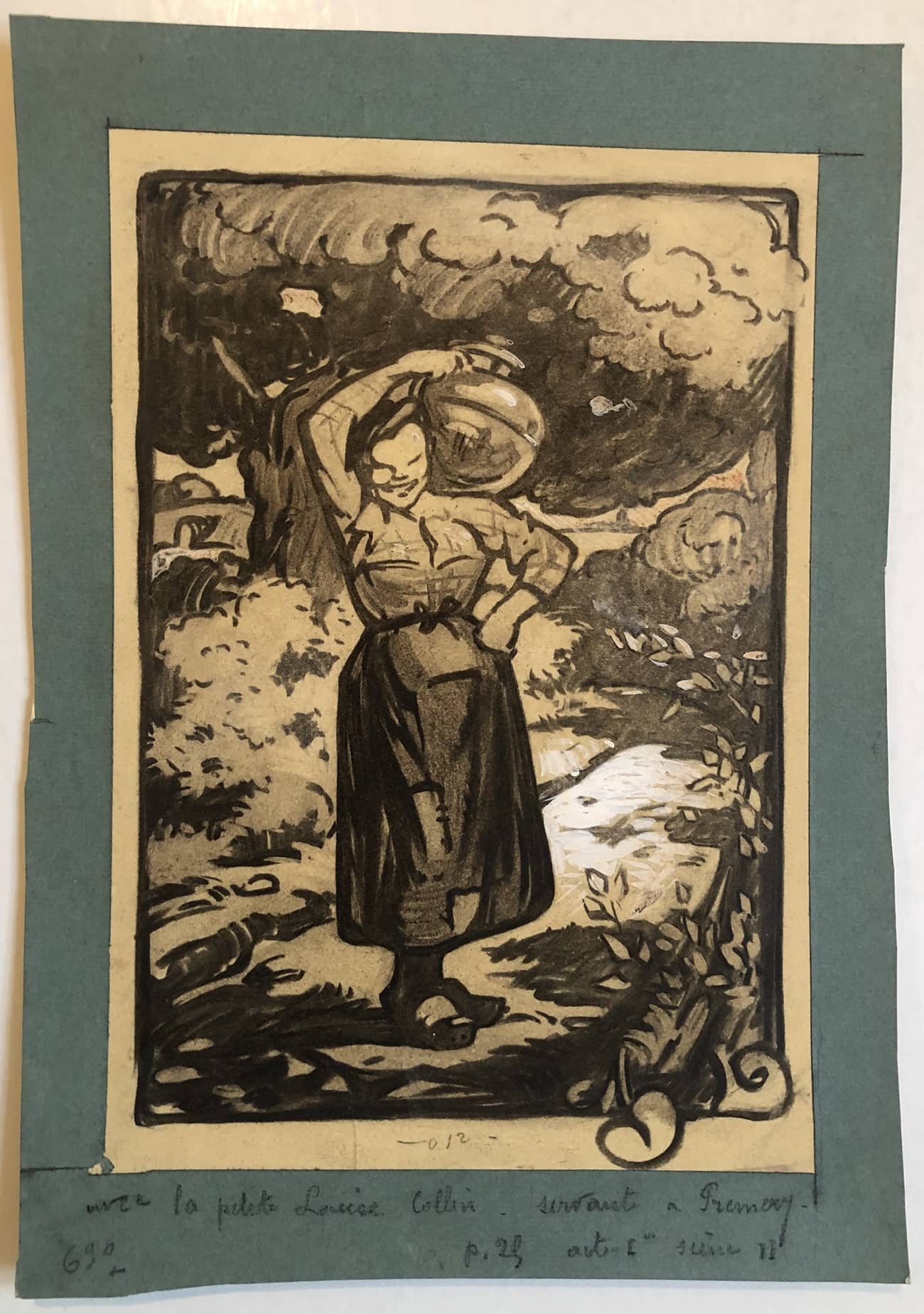 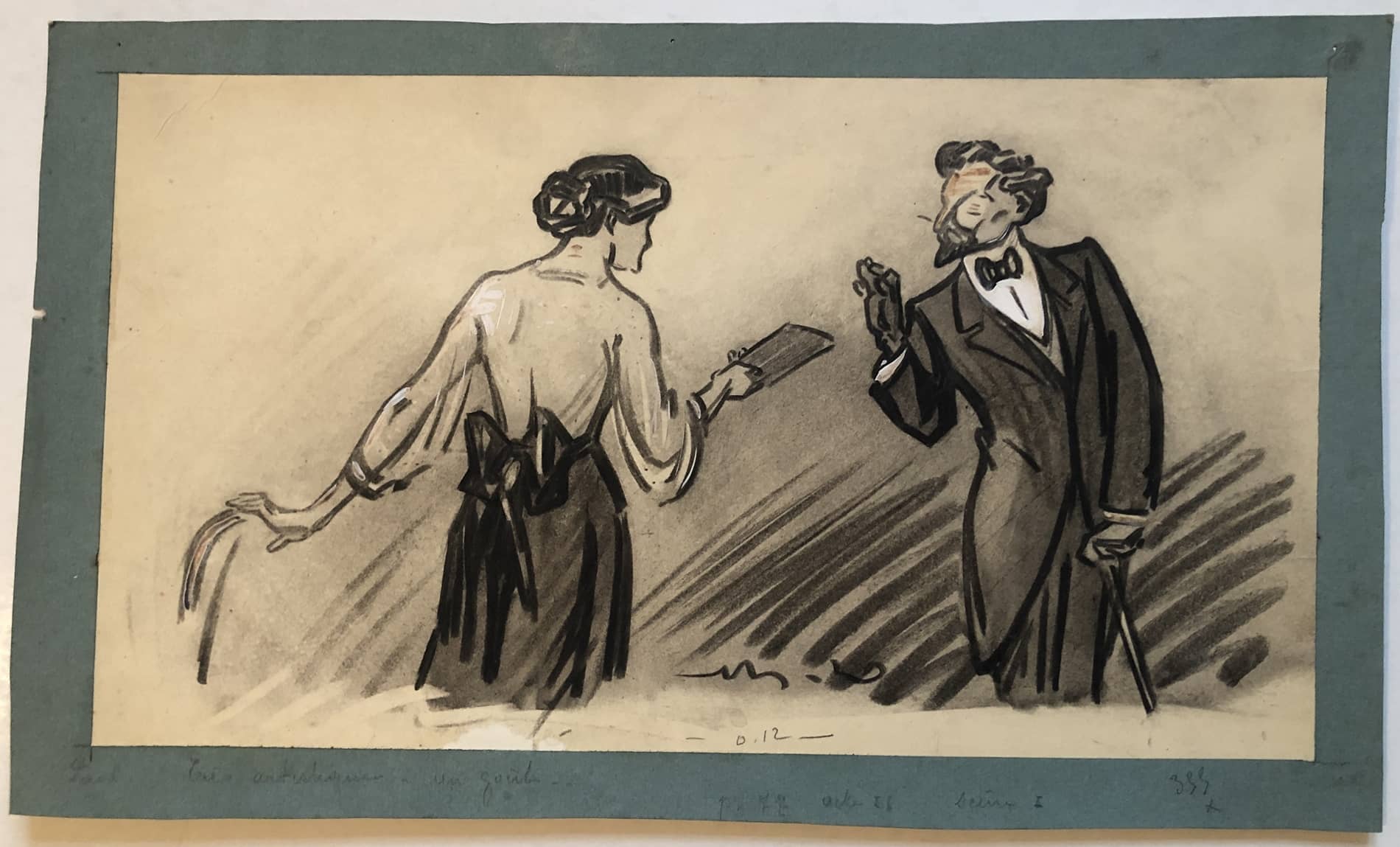 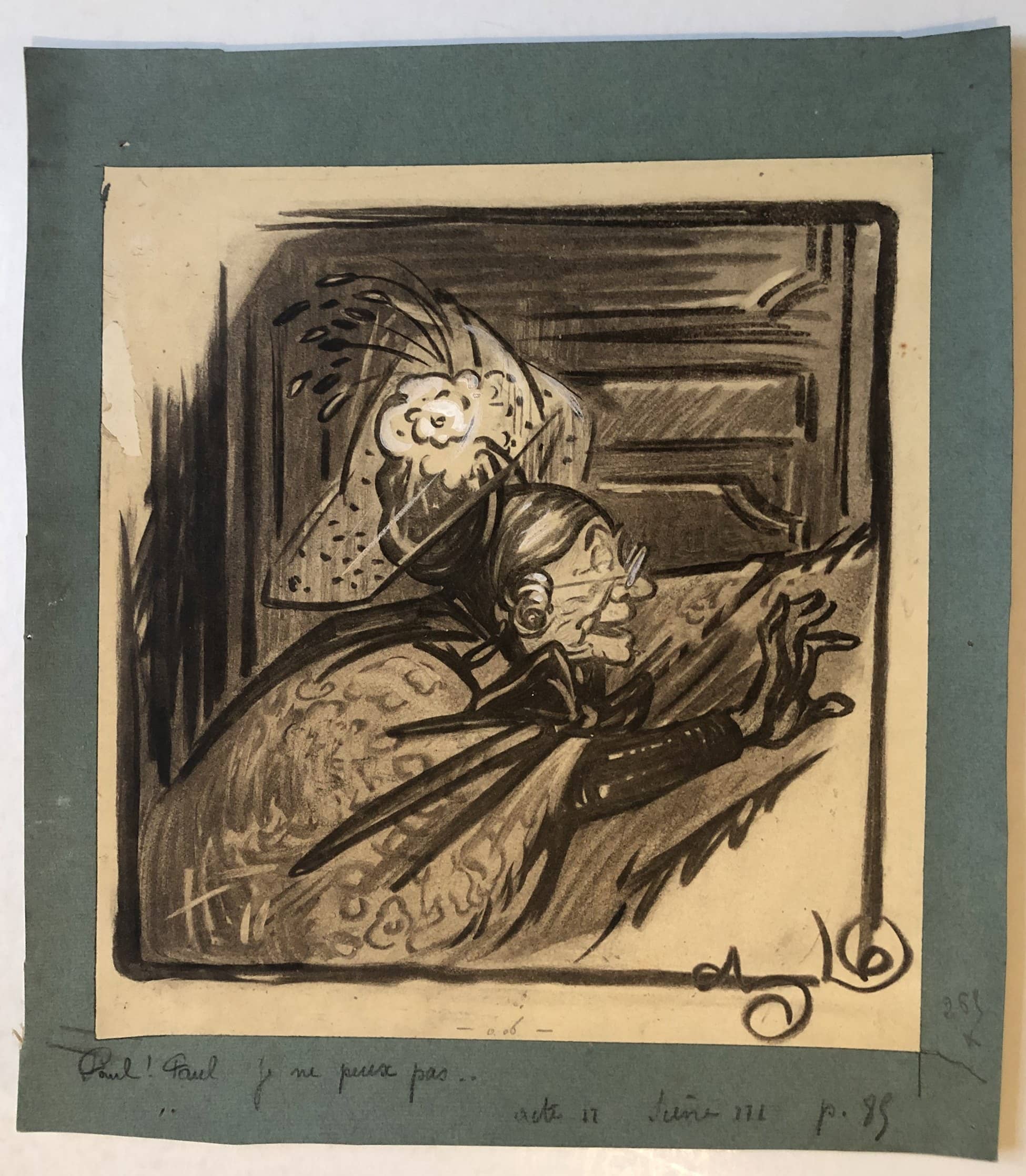 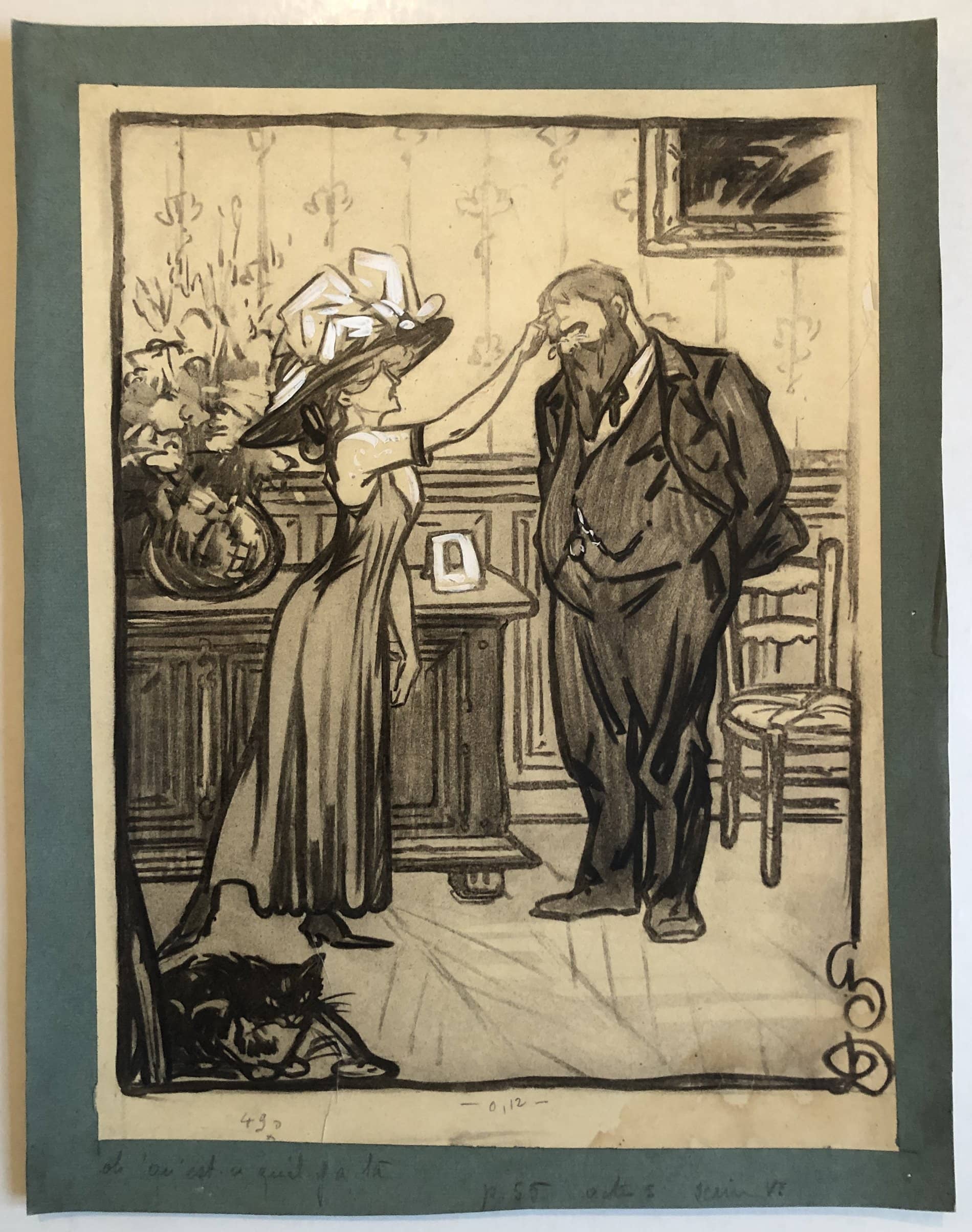 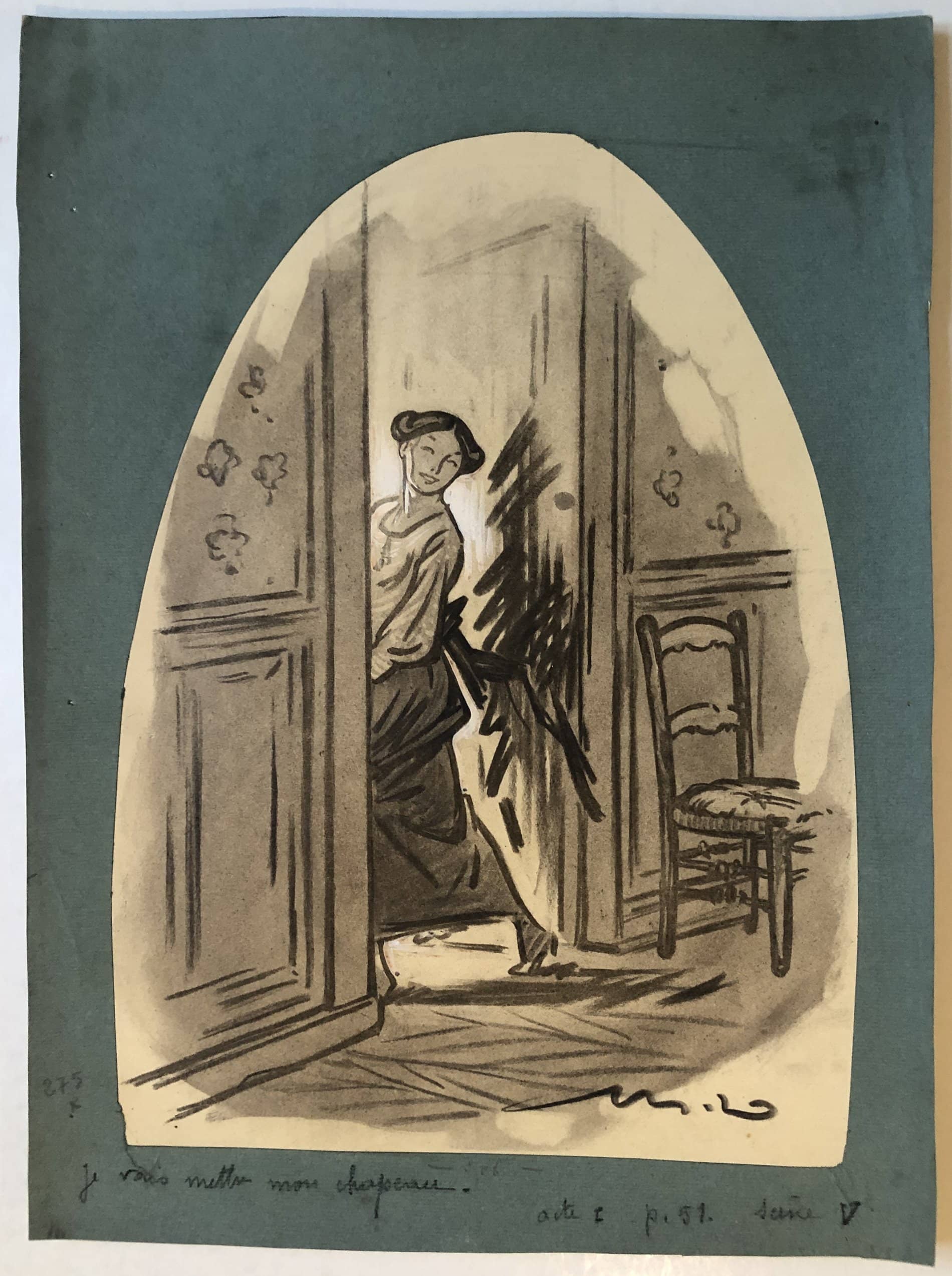 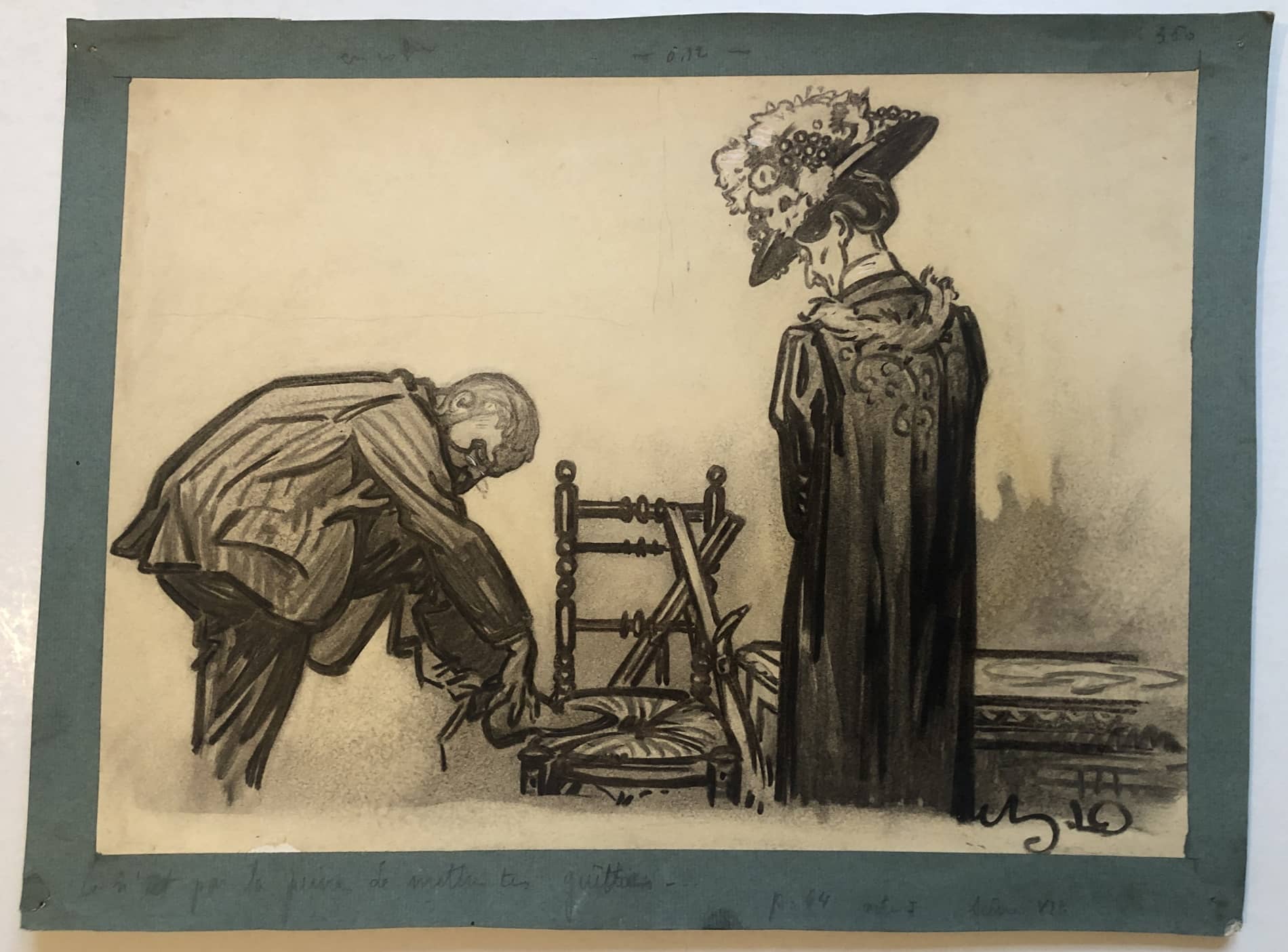 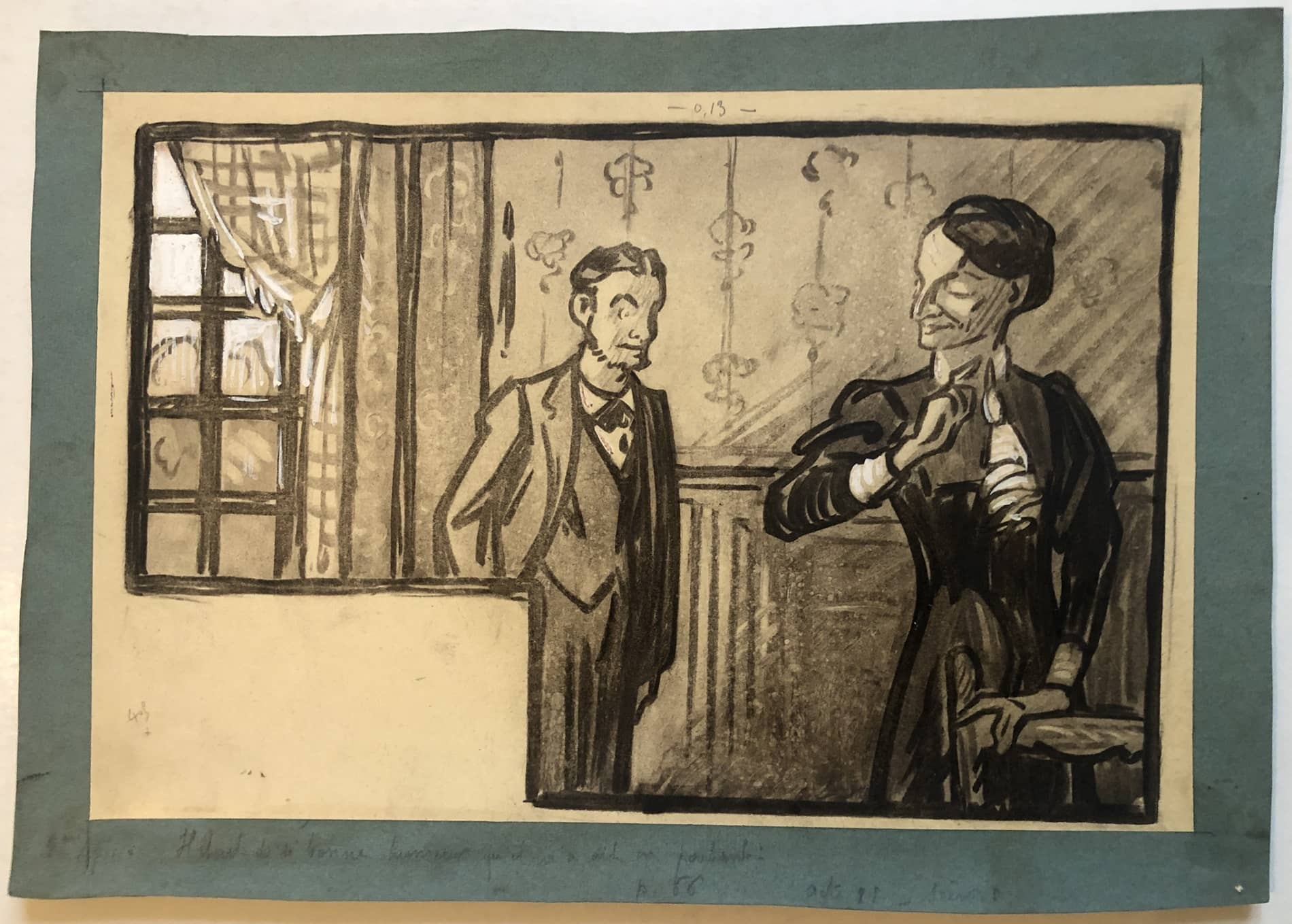 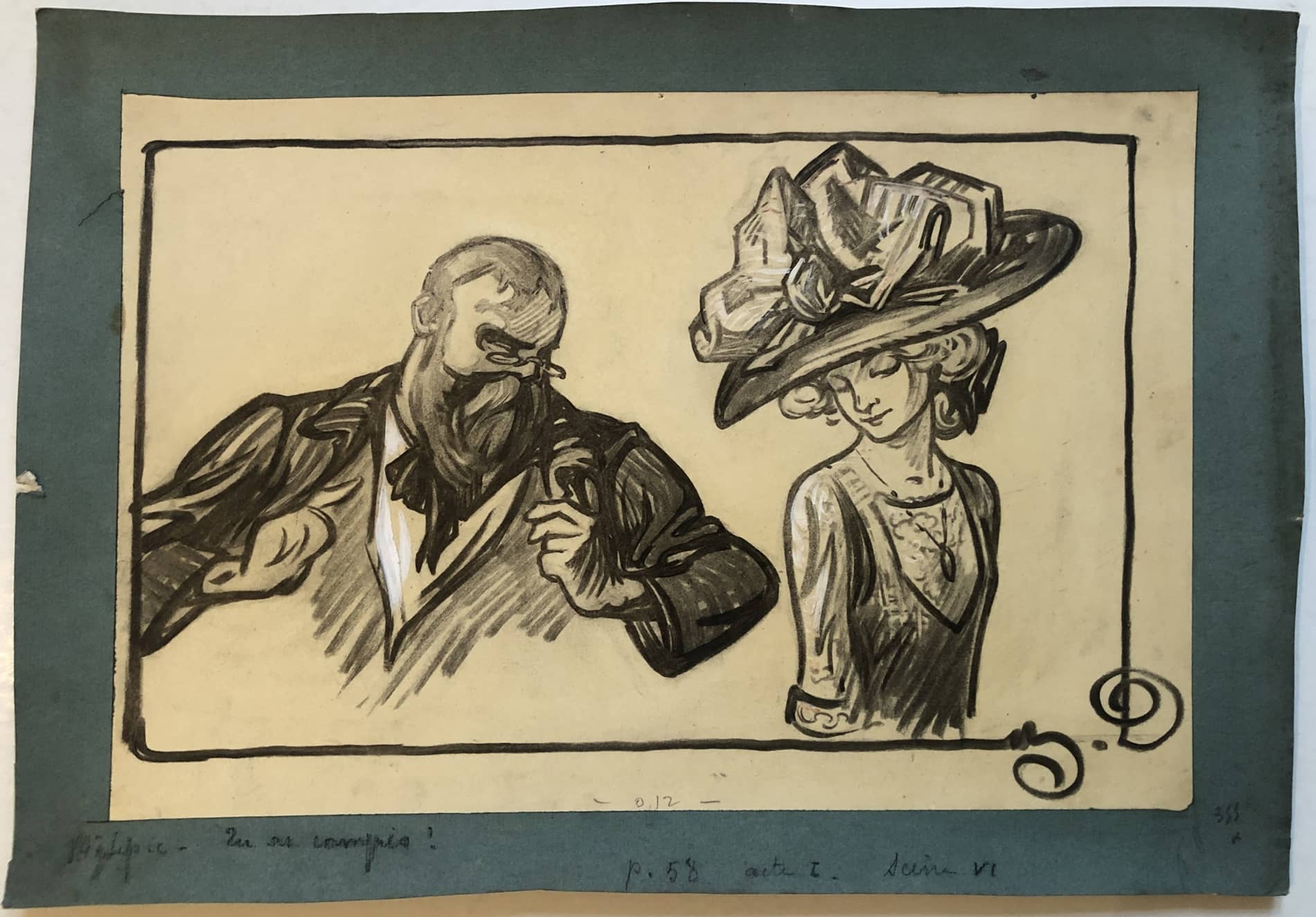 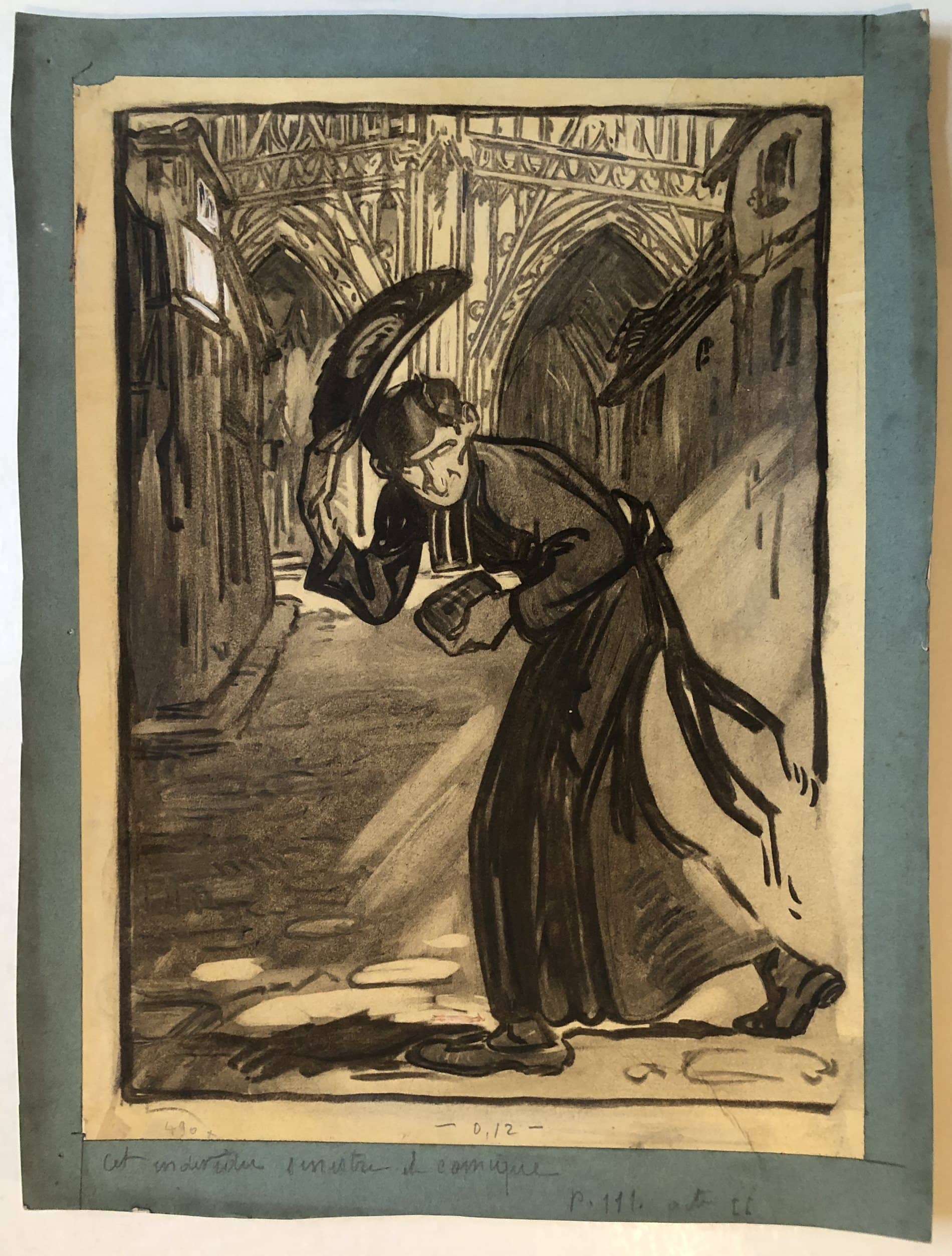 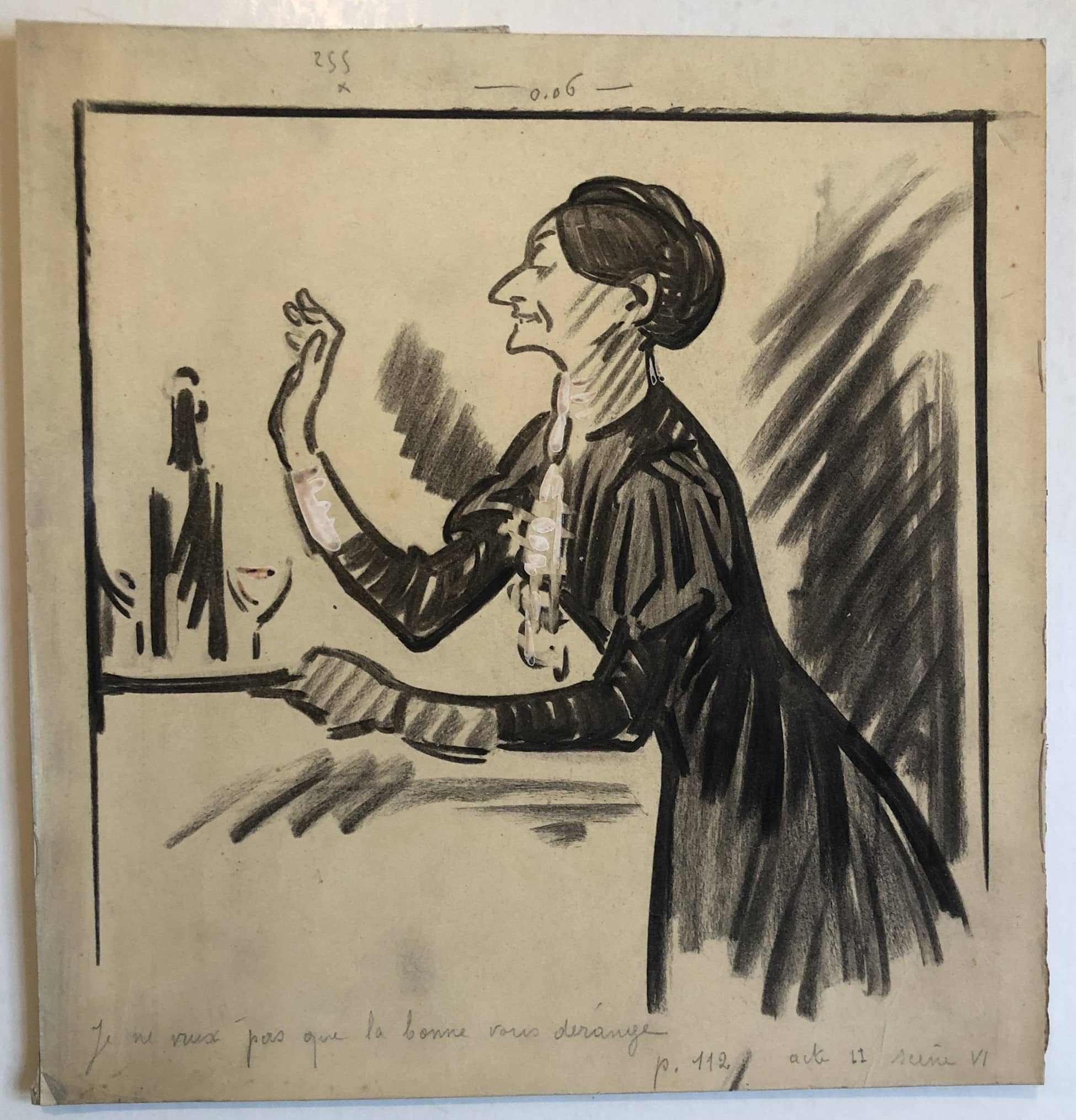 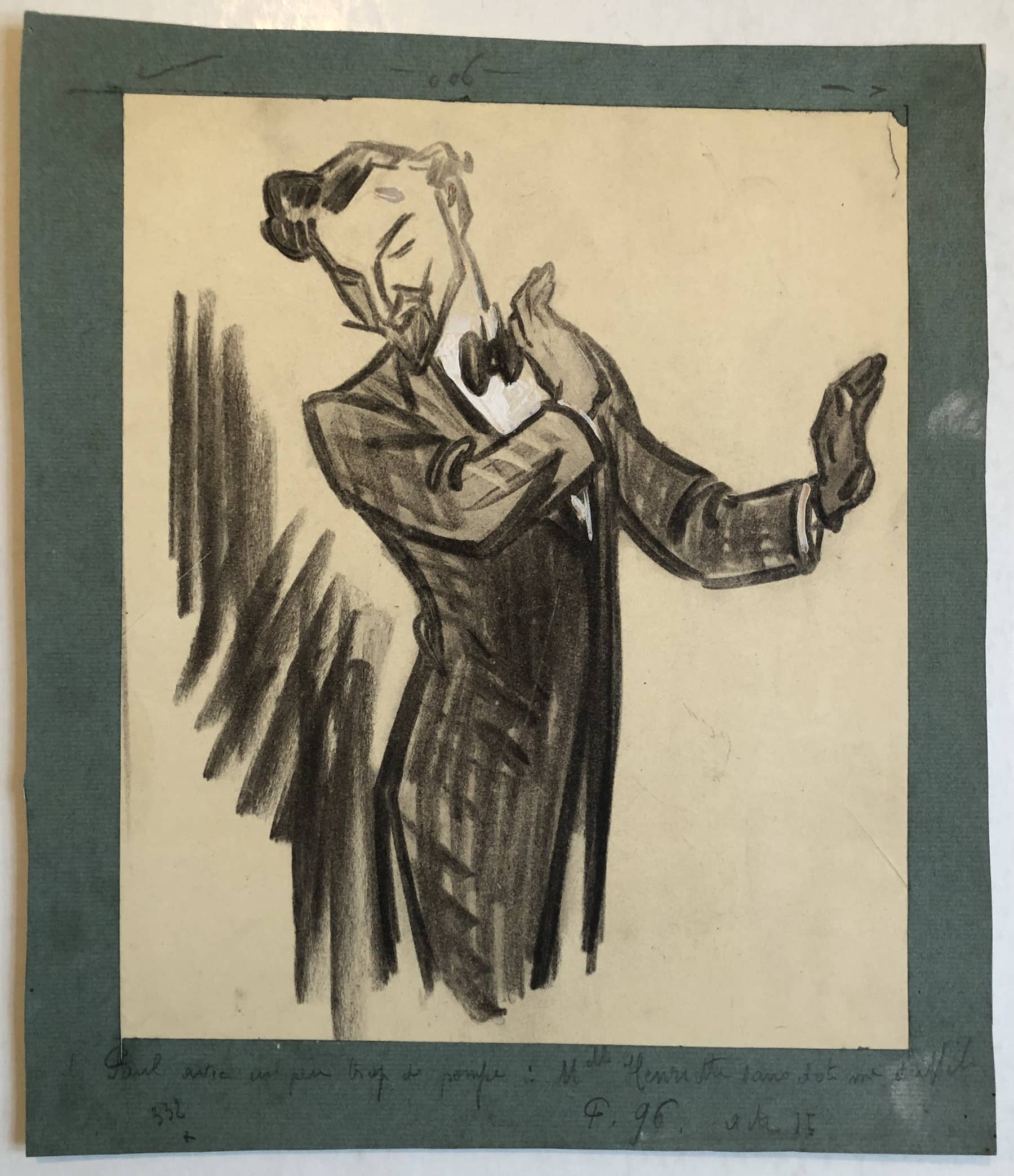 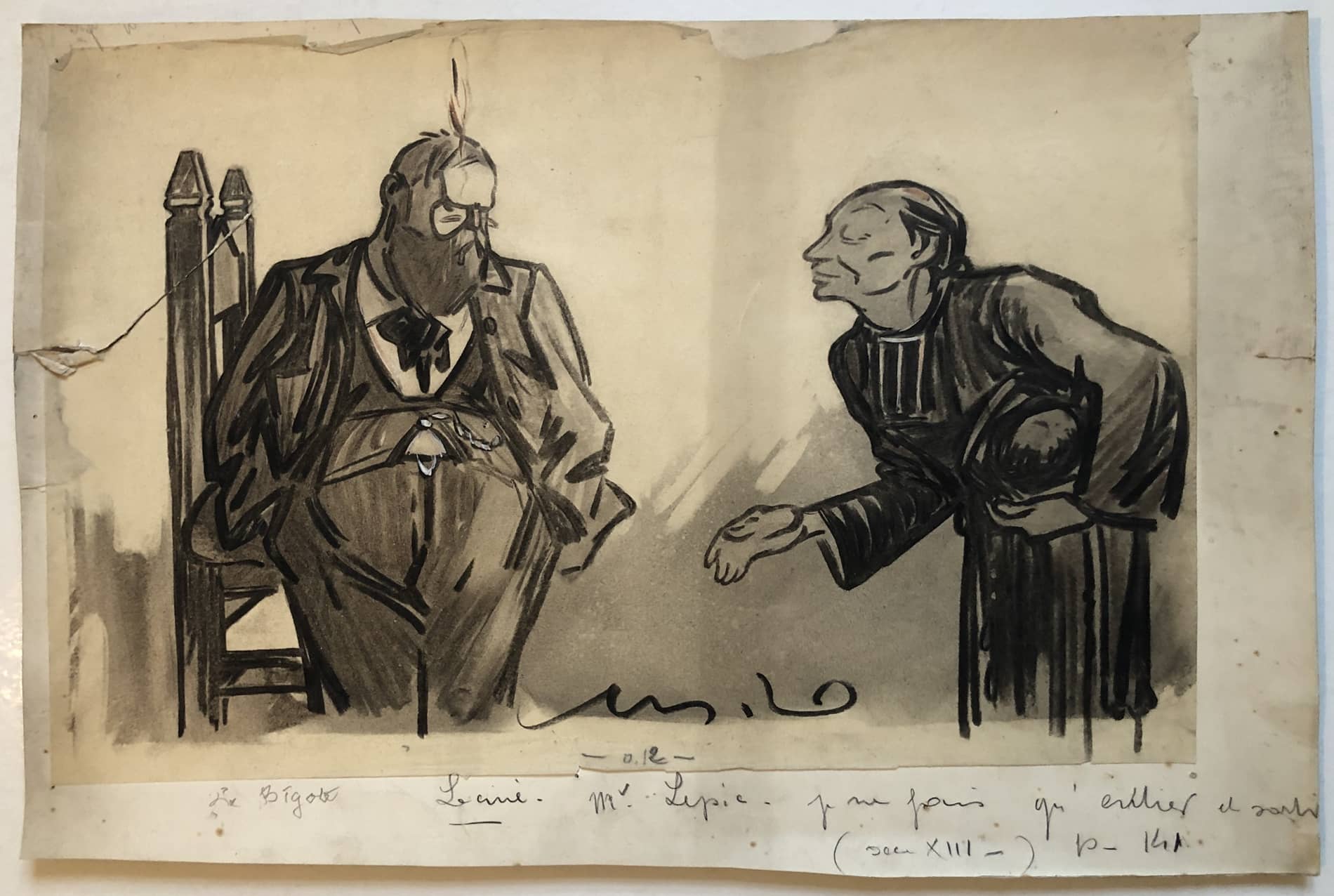 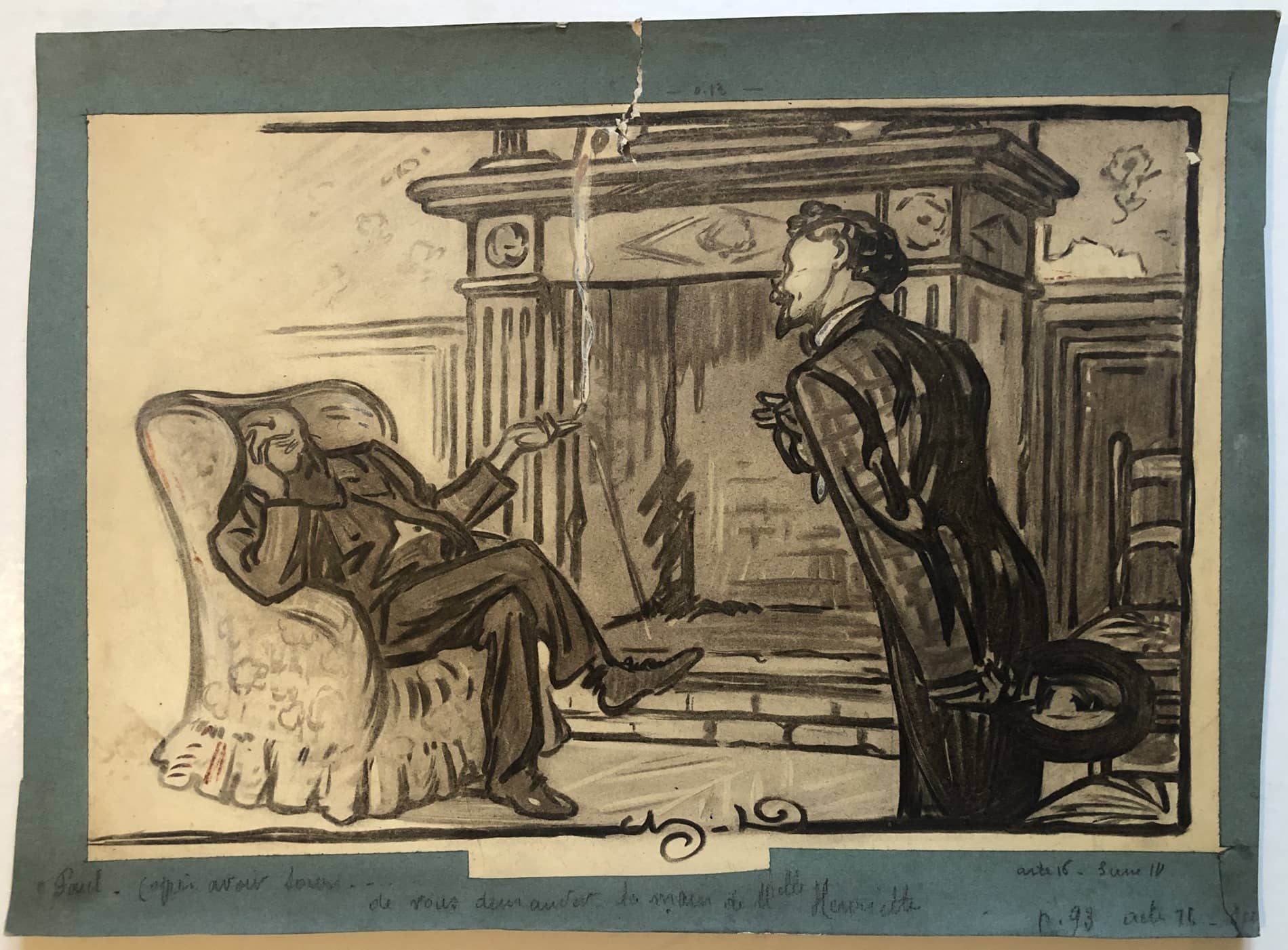 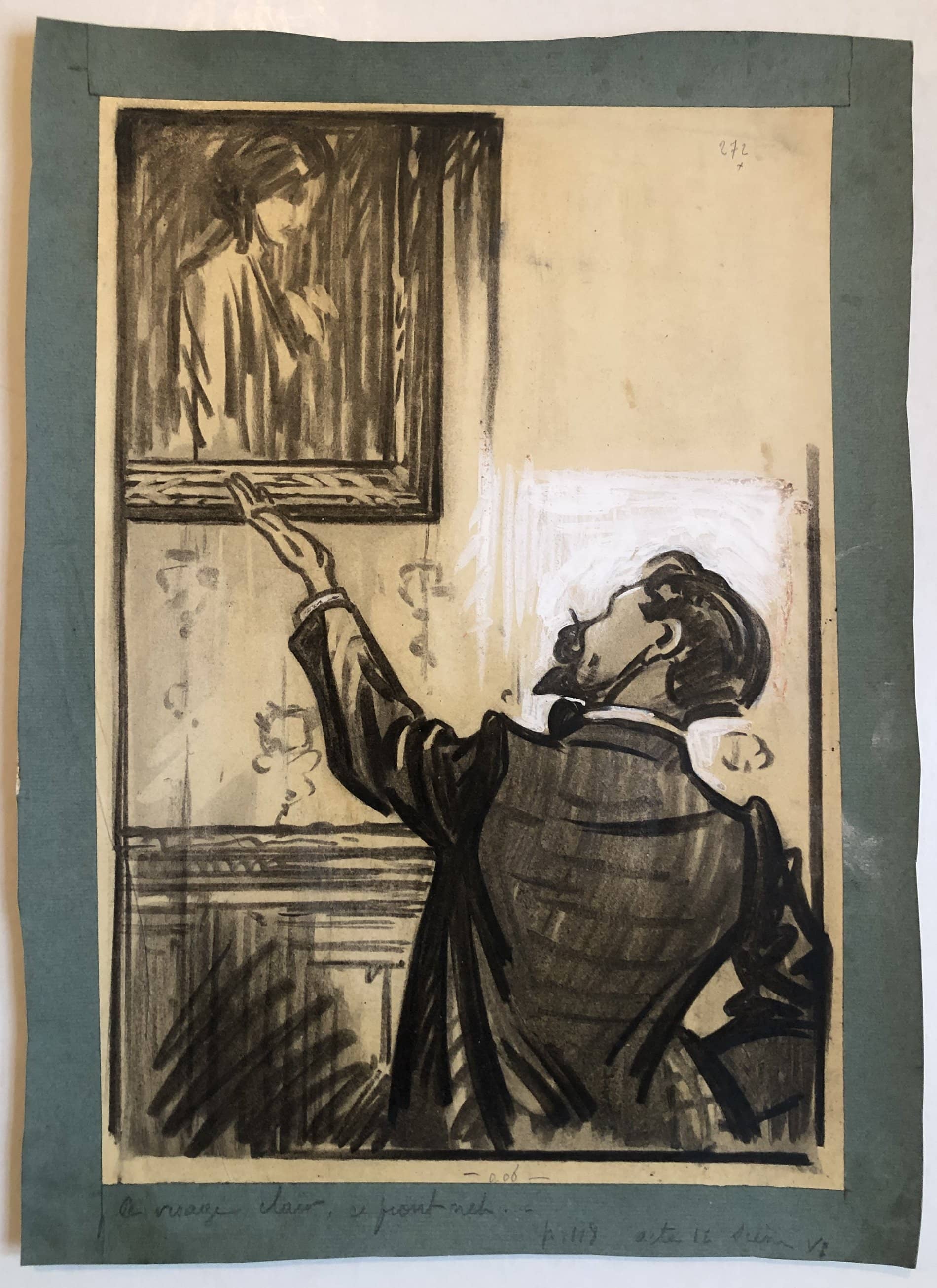