The present painting shows Sven Hedin portrayed wearing a black astrakhan hat, binoculars, and a photo camera around his neck. A very similar version of this portrait was exhibited at the Haus der Deutschen Kunst in Munich in 1942. The portrait was made after a photograph of Sven Hedin, used as frontispiece in the English edition of one of his works: The Sino-Swedish expedition (1937-1967).

Sven Hedin (1865-1952) was a Swedish explorer and travel writer, best known for his writings on the Asian continent. His expeditions led to significant discoveries, of archaeological and geographical nature. He was the first European to explore various regions in Tibet and Chinese Turkestan, while also unearthing ancient Buddhist cities in parts of China.

His reputation suffered in the first half of the 20th century, due to his sympathies with Nazi Germany during WWII and lead to the loss of some influential friends and allies in the Chinese, Indian, and Russian governments.

Due to the importance of his work, Hedin received many awards and distinctions, both in his lifetime and postmortem: 40 gold medals awarded by various Swedish and foreign scientific institutions; honorary doctorate titles from universities such as Oxford, Cambridge, Uppsala, Heidelberg, etc.; he was a board member of the Swedish Academy; species of flowers and insects, even fossils were named after him.

Bruno Hein (1888-1955) was a German painter. As part of his art education, Bruno Hein studied in various places across the world. After studying in Wiesbaden, he enrolled in The Antwerp Academy and later went on to study in Paris under Professor Bouffier. Finally, his path led him to Franz von Stuck in Munich, whose masterclass he attended. Through his travels, Bruno Hein was prone to many artistic influences. Along the influence of von Stuck, Velasquez and Goya, whom he studied in Madrid’s Prado, also count among influences on his painting technique.

The Spanish king had Hein paint him a portrait during a stay of several years in Spain, while trips to Italy and the US broadened his artistic horizons and filled him with new ideas. In his adopted home of Munich, he finally settled in Schwabing near the Academy of Arts. When his studio was destroyed by bombs in 1944 and he no longer felt safe with his pregnant wife in Munich, Bruno Hein came to Reutlingen. After a short time, he made a name for himself there as a master of portraits and „painter of beautiful women“, although he occasionally also dealt with landscapes (Swabian Alb, Bavaria). One of his most famous works from that time is the picture of the municipal council for the Reutlingen Town Hall.

At the end of the 1950s, Bruno Hein moved to Bad Harzburg with his wife and their son. Hein died there at the age of 86 and was buried in Heiningen.

This is one of the most iconic images depicting Sven Hedin, which would make an excellent contribution to the collection of any Sven Hedin aficionado. This beautifully executed painting can be considered a collector’s item, depicting one of the greatest explorers of the 20th century. It presents a rare chance to acquire a portrait executed during Hedin’s lifetime. 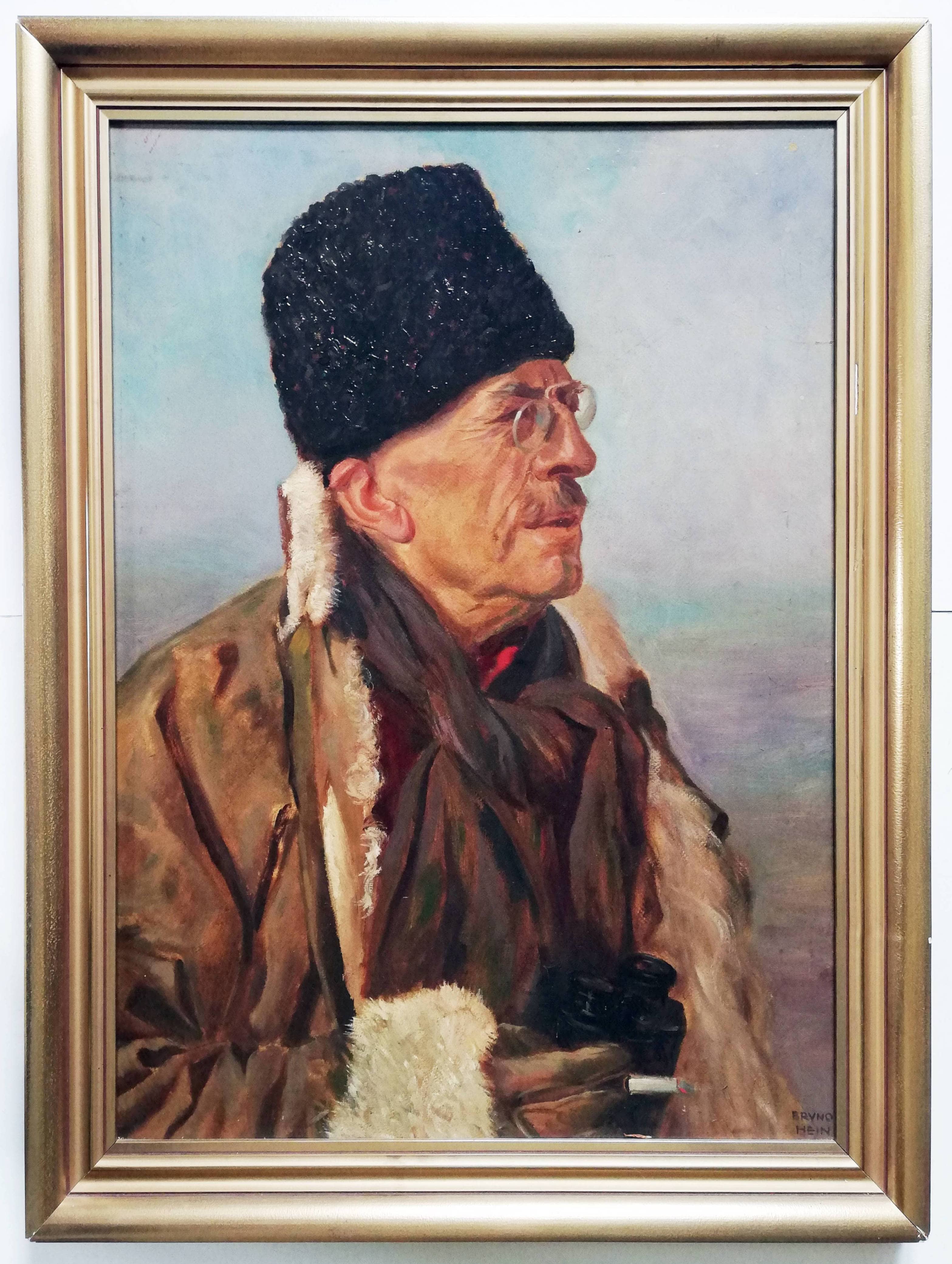 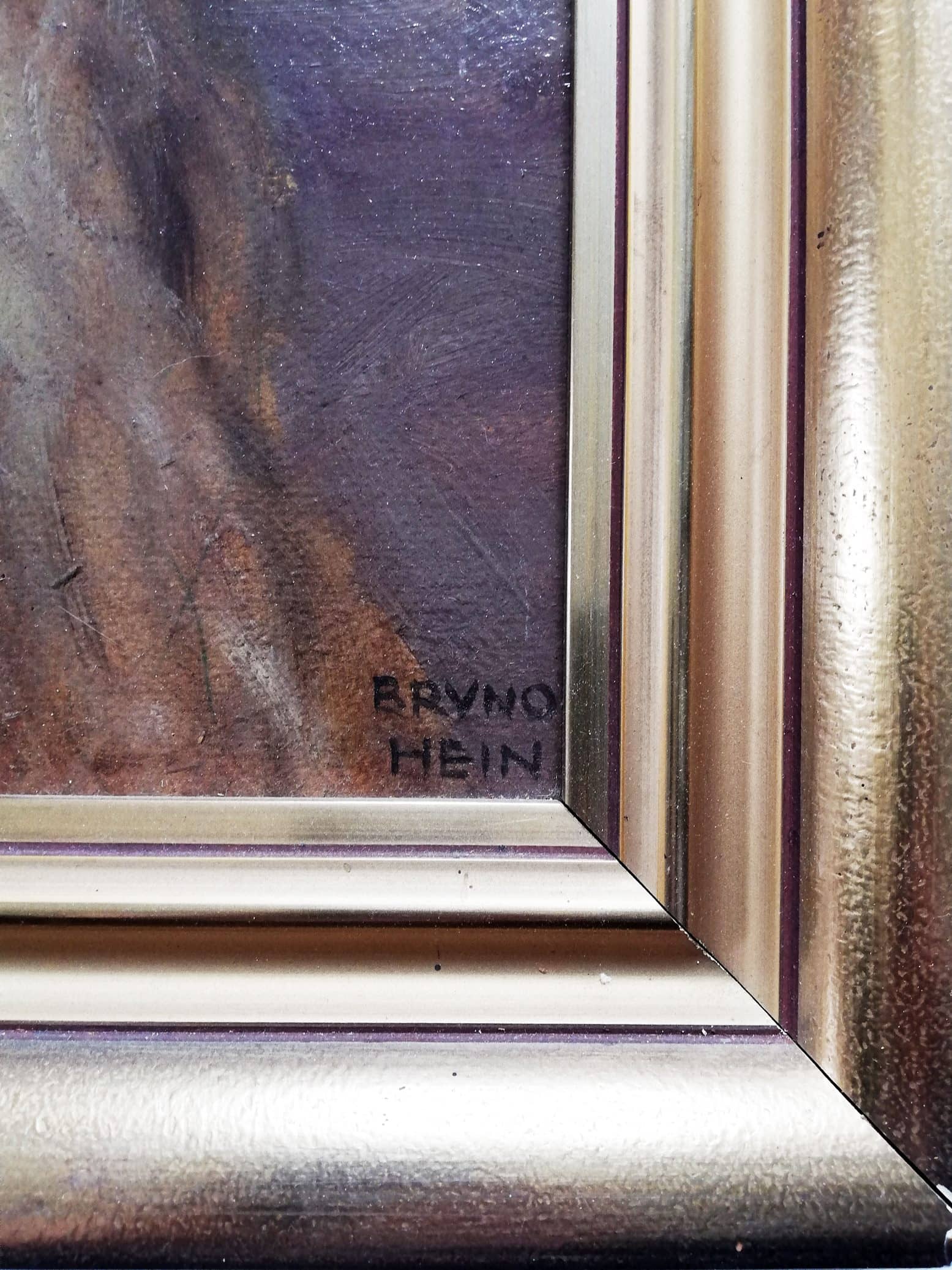