WASHINGTON, George. Columbia’s Legacy; or, Washington’s valuable advice to his fellow citizens, published by him at the period of announcing his intention of retiring from public life at the expiration of the present constitutional term of the presidency of the United States. To which is added, his speech to the congress, at their present session, which terminates his political career. Philadelphia, Sweitzer & Ormrod, December 10th, 1796.

32mo (4 1/6 x 2 4/5 inches). Original presentation binding. Contemporary full red morocco with doube-fillet panels with corner floral designs, with the coat of arms of the United States gold stamped in the center of front and back panels, gilt lettered label „legacy“ and gold ornamental designs and double-fillet on spine. 89, (7) pages. – A complete copy with half title and all blank leaves (D5, D8, F6-F8).

The Eight Annual Address to the Congress was George Wasingont’s last public appearance as President. He expressed his desire for peace with France and recommends the establishment of a national law to protect American commerce. Washington also advocates the creation of federal civilian and military universities, several years before the United States Military Academy, the first national military school in America, was established in 1802. Washington’s last annual Address was first published in the Gazette of the United States on December 7, 1796. There is another book edition from the same year, printed by Ormrod and Conrad in Philadelphia but this edition does not include the Farewell Address.
All contemporary editions of the last speech of George Washington are very rare. The American Antiquarian Society owns two copies of this first book edition, but both are incomplete.
The Farewell Address is certainly the most important public message of Washington’s life. It embodies the core beliefs that Washington hoped would continue to guide the nation. It was first printed in Philadelphia on September 19 1796 by David Claypoole’s American Daily Advertiser. As Washington explained, „The name of American, which belongs to you, in your national capacity, must always exalt the just pride of Patriotism, more than any appellation derived from local distinctions.“ Washington feared that local factors might be the source of petty differences that would destroy the nation.

Binding:
„Decorated boards on American bookbindings from the latter part of the eighteenth century are very rare, primarily because of a trend that began in the 1760s, with the encreased availability of books, to shelve them upright, with their spines visible, rather than horizontally, with the edges of the pages exposed. … Stored in the new way, the covers were not visible and there was no purpose in decorating them. The only exceptions were presentation volumes, often kept out on a table.“ (Hekscher/Bowman – American Rococo. New York, 1992, p. 47)

Our copy has a spectacular presentation binding which is one of the most spectacular and most desireable American bindings. Both covers have an early version of the coat of arms of the United States in the center. It is a combination of the versions by Charles Thomson and William Barton from the year 1782. Like in Thomson’s version the eagle bears his wings downward, while the stripes on the shield are vertical according to Barton. Traditionally, the olive branch is held in the eagle’s dexter, honorable, claw. On our binding the arrows are honorable and the olive branch is held in the eagle’s less honorable or sinister claw. This mistake is quite important, as the olive branch is the symbol of peace and the arrows the symbol of war. The first appearance of this curious error was on the United States Quarter Eagle from September 1796. In an incredible blunder the designer Robert Scot mixed up the positions of arrows and olive branch. Supposing neither Scot nor the creator of our binding were militarists, the bookbinder of our copy was either inspired by the 1796 Quarter Eagle or independently makes the same mistake as Scot.

The coat of arms of the United States is used to authenticate certain documents issued by the U.S. Federal Government. The present copy was certainly bound for official representation purposes and was most probably meant for a member of the Congress, even perhaps for George Washington himself.
Most likely, the book was bound in the same place where it was published, Philadelphia. 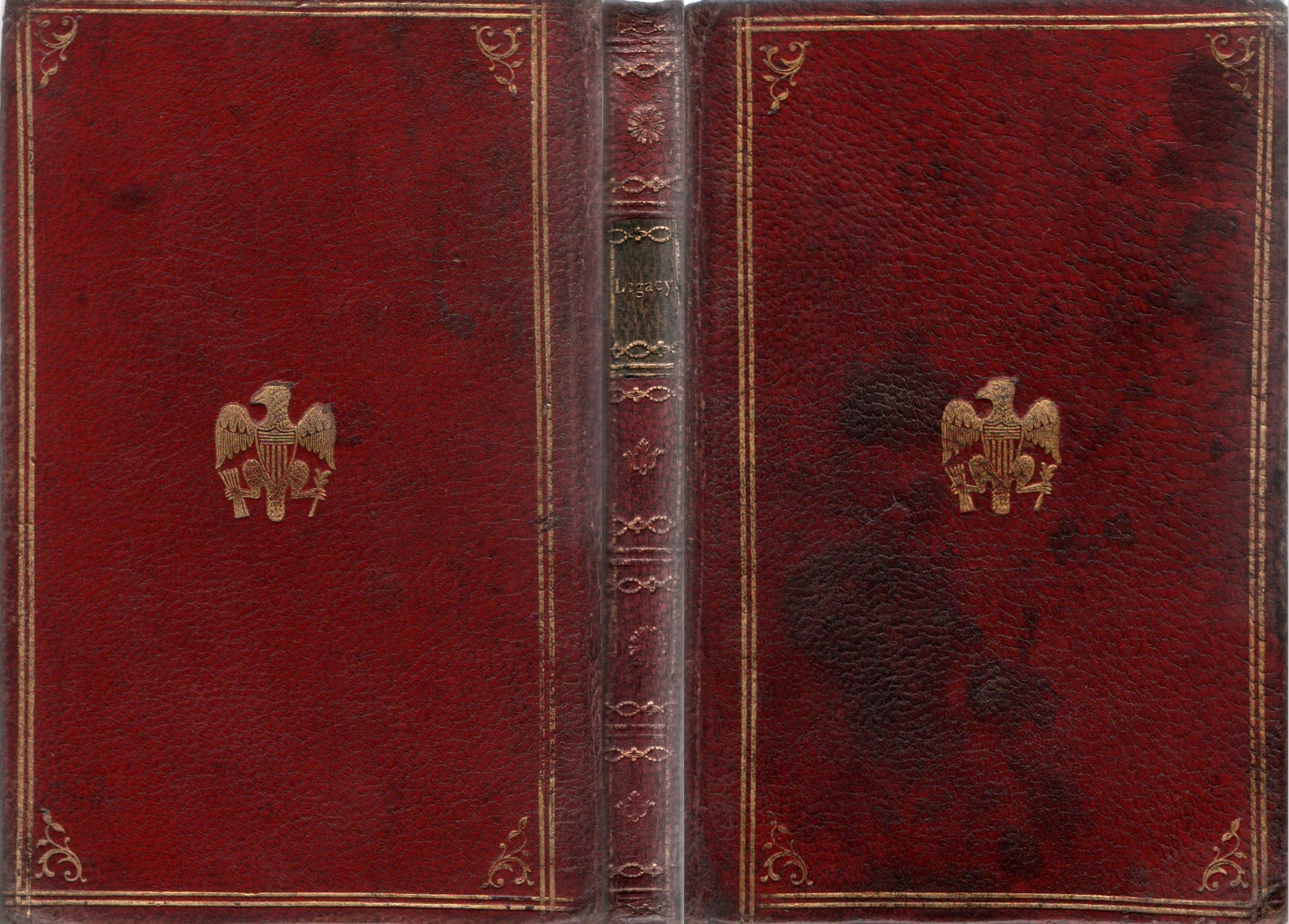 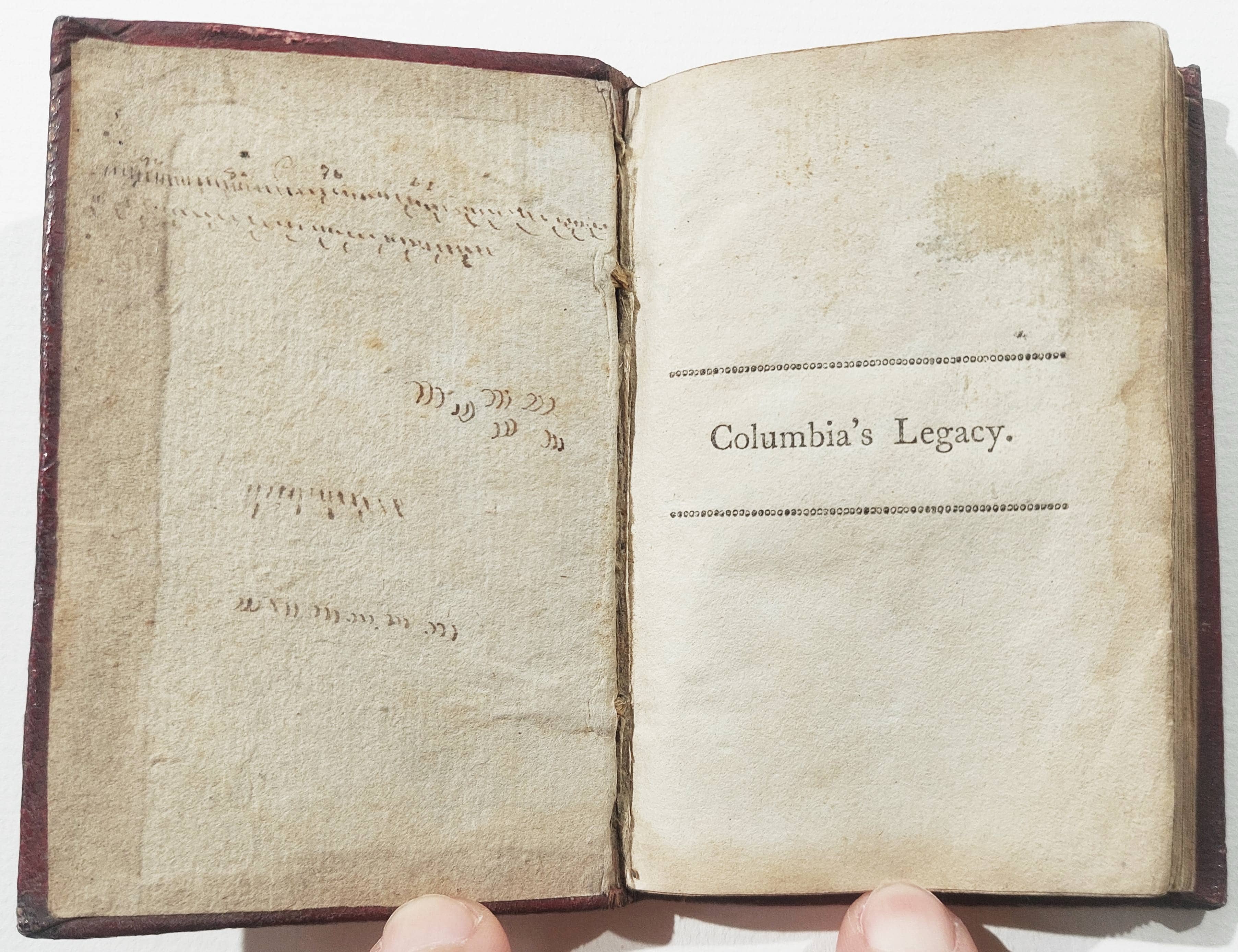 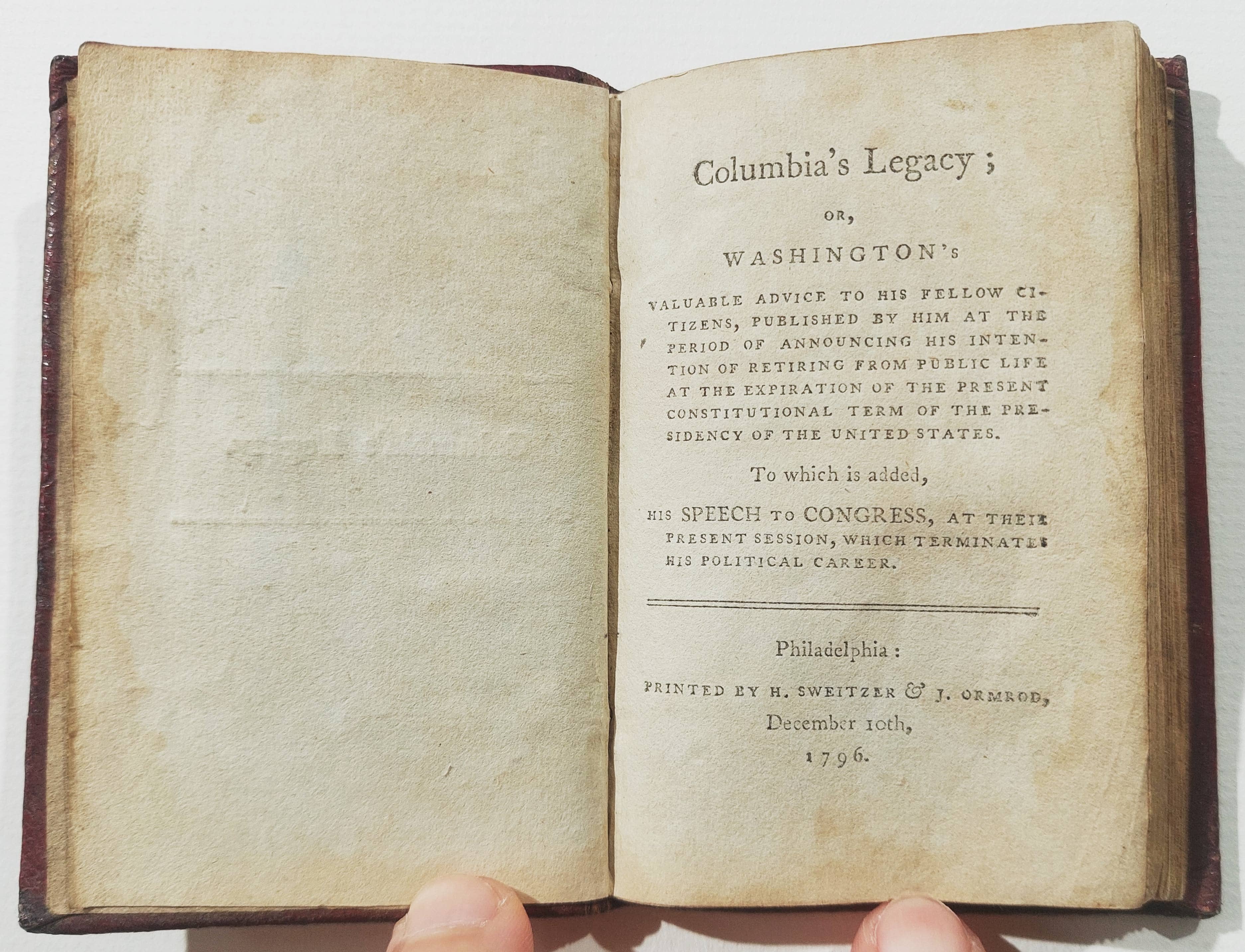 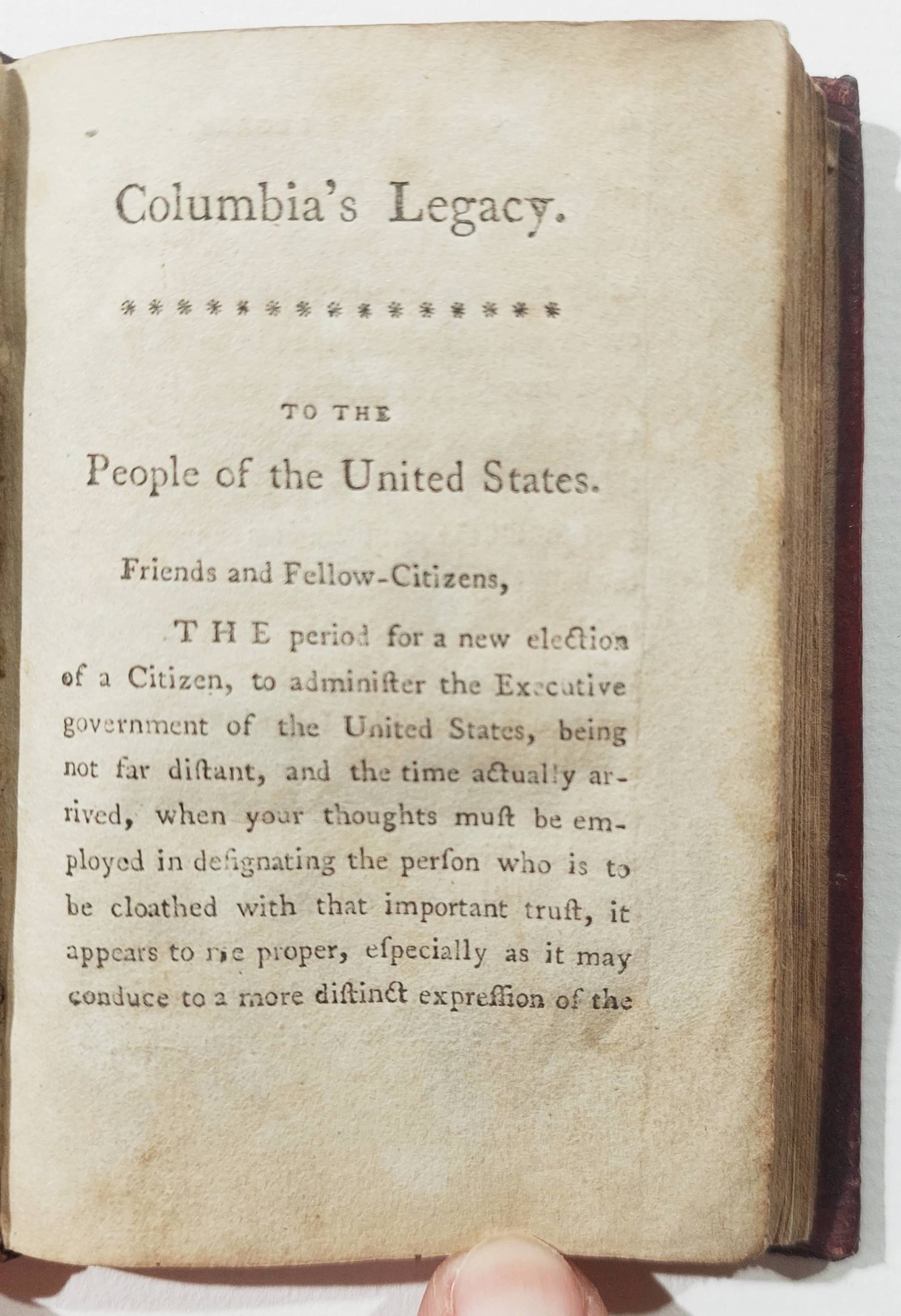 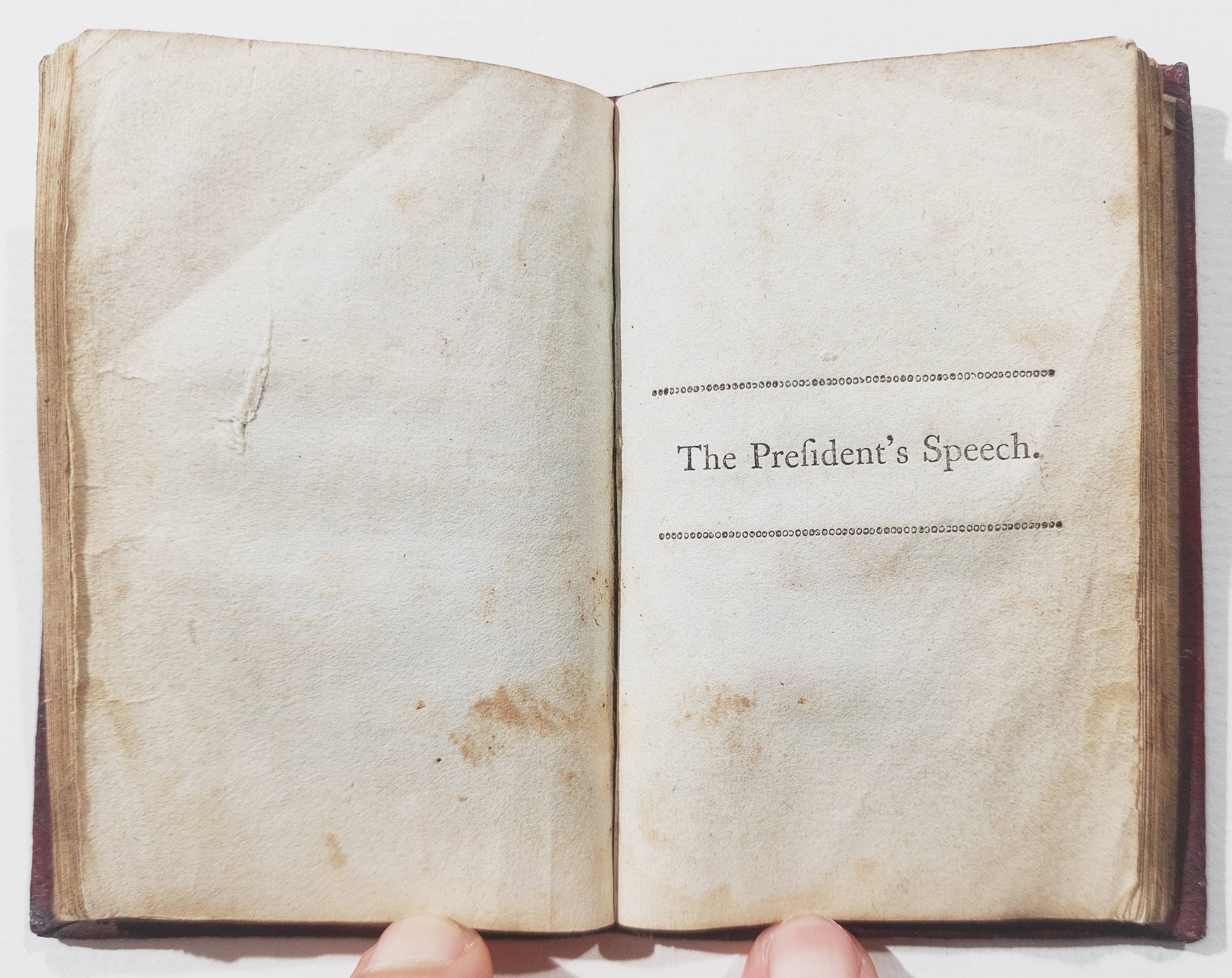 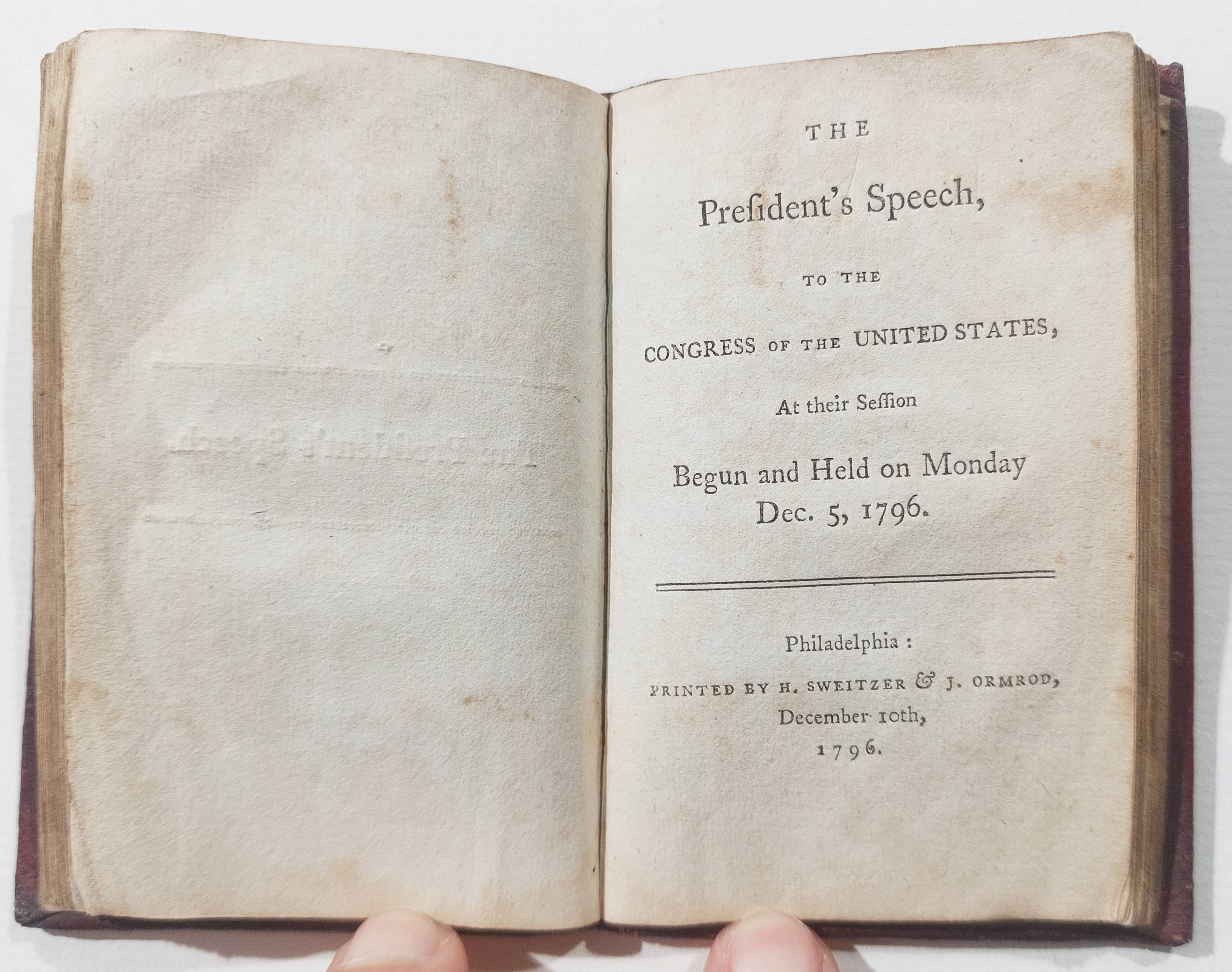 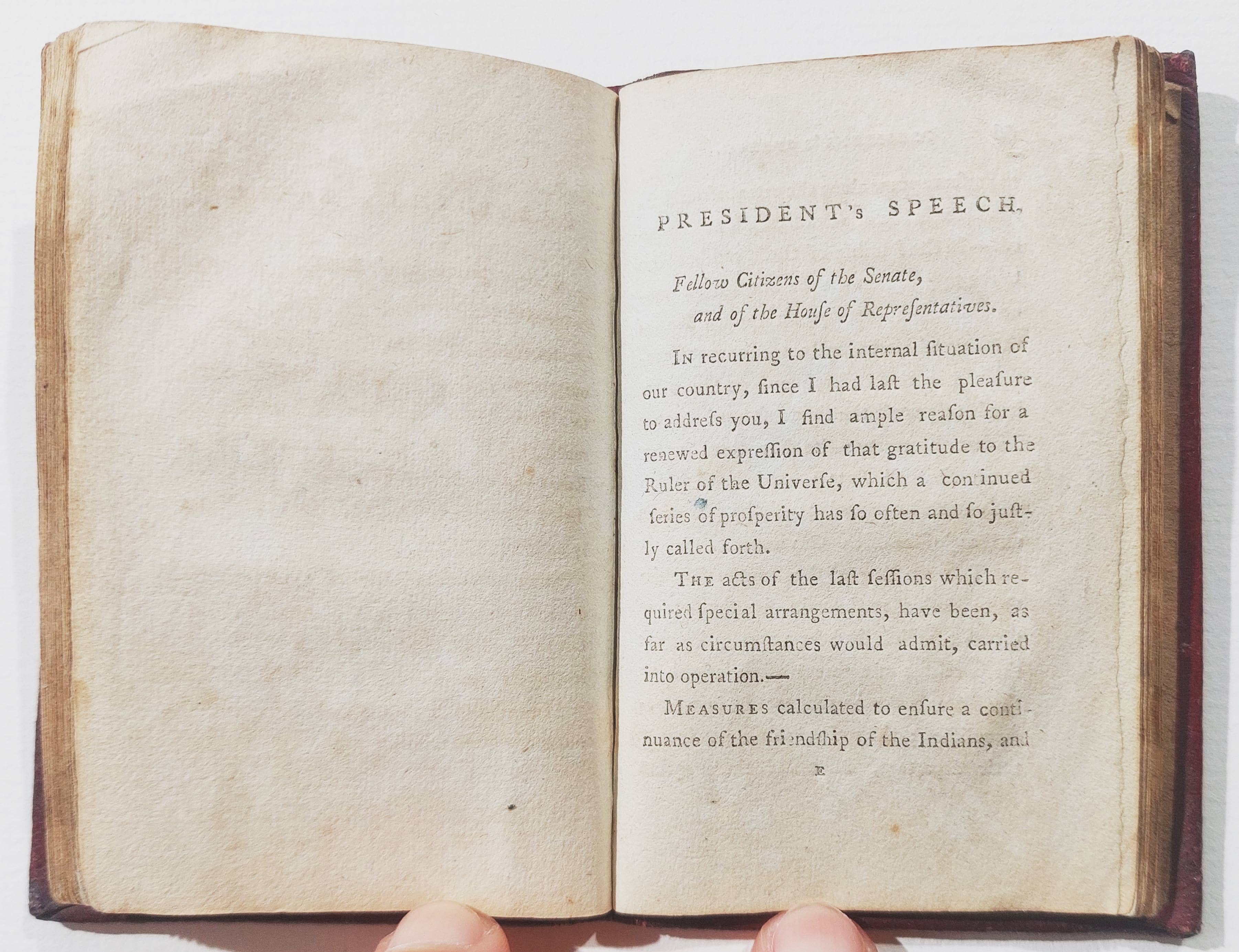 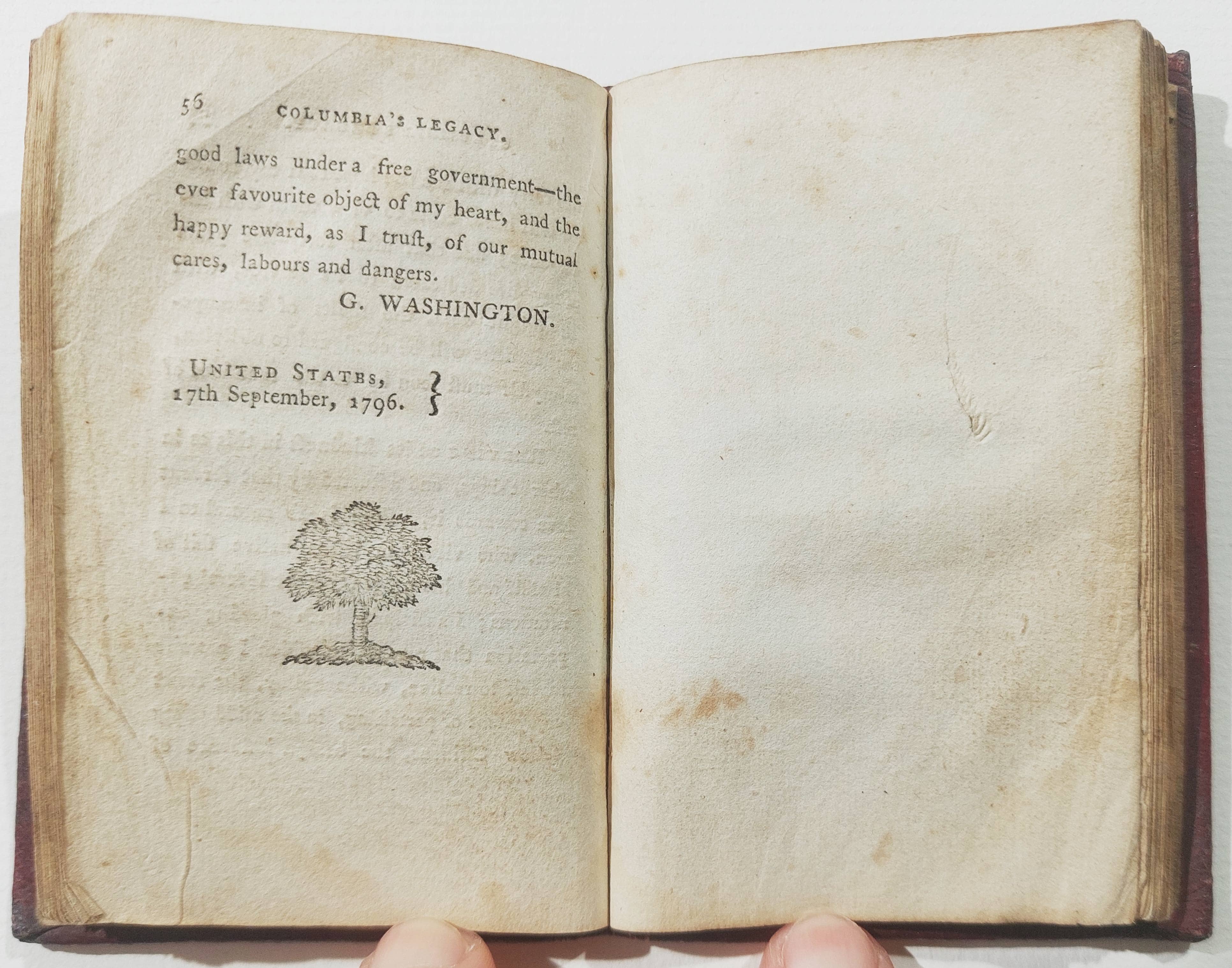 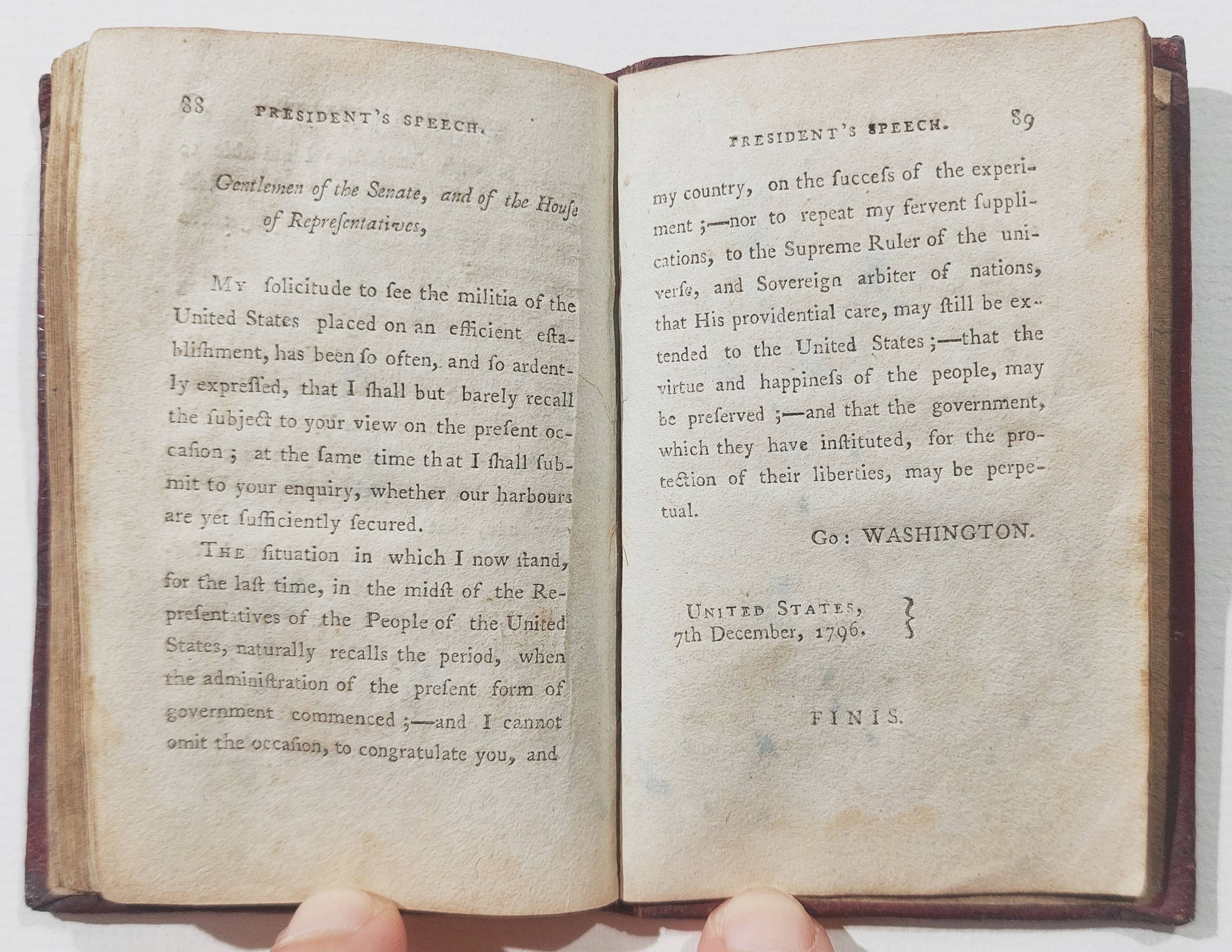