The caricature depicts two seperate pictures. On the left Napoleon encourages his troops to cross the Channel with him. The right picture shows Napoleon and his soldiers drowning under fire and he regrets not staying at home. 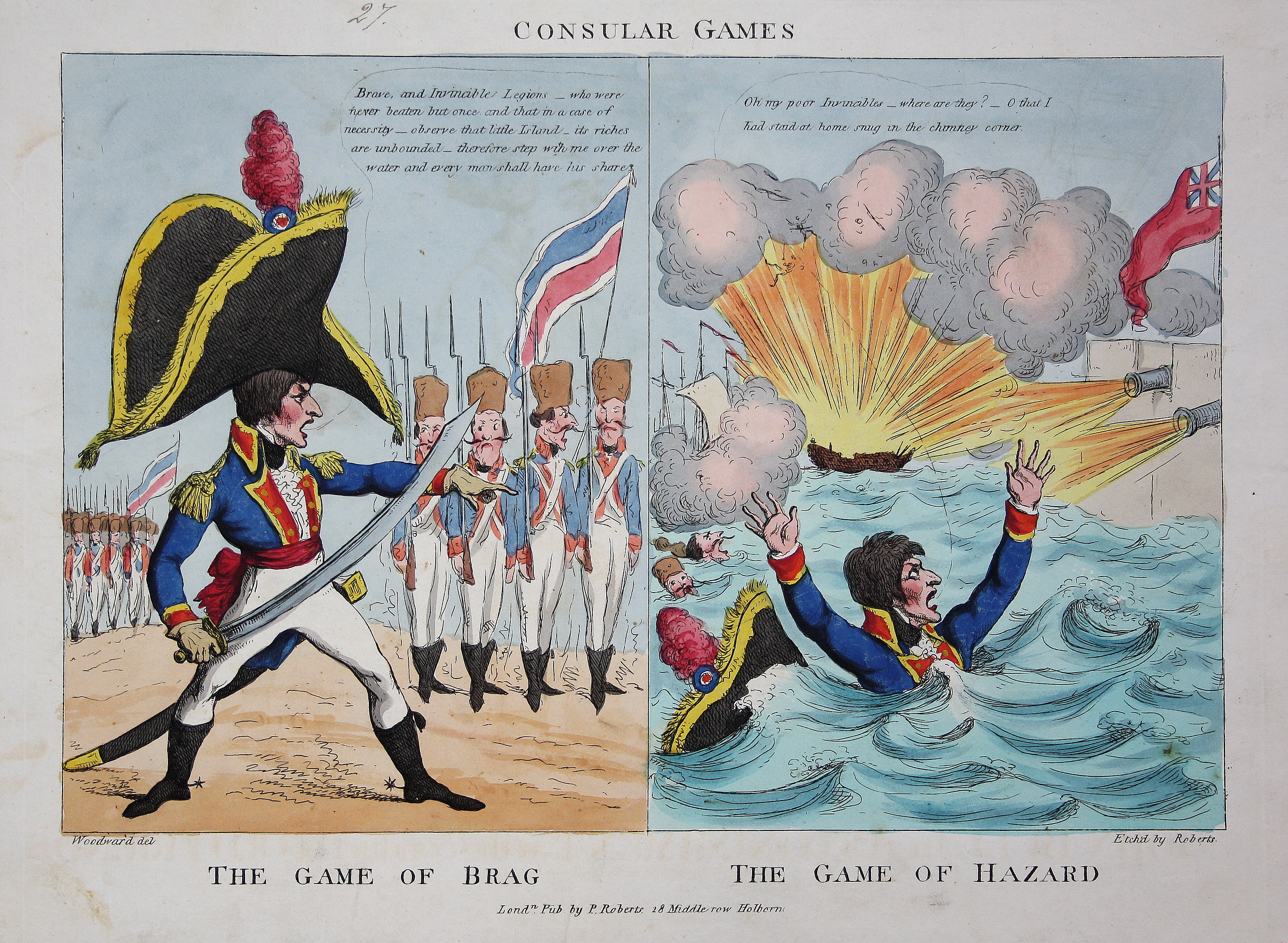