Alongside chess game pieces, counters for various board games are very commonly associated with games played in Central and Northern Europe in medieval times. The round games pieces are different from chess piece which are normally standing pieces, greater in height than in width. The piece was possibly used to play tric trac, an old version of the game nowadays known as backgammon.

The manner in which the peacock is depicted on this game counter – edges are not round or made to loke too natural, they are rather edgy – is similar to other Central European game pieces. The circle that is usually engraved around the margins of the game piece is sometimes decorated with different simple motifs, such as circles/dots or variation on curvy lines. In this case, the round circle is present and, albeit double, it remaiened unadorned. The ornaments on the peacock’s tail and body are also quite simply done, only by using straight lines and circles. This game counter was restored by being mounted on another piece of bone using small nails.

The fact that the game piece is not as adorned as other game pieces from the 12th century may be an indication of an earlier provenience. Although birds are sometimes used as symbols of nobility – and game-playing was probably a more noble endeavor in the Middle Ages – this particular depiction of a peacock is most likely not used as a symbol in this direction, since the peacock is not greatly decorated and has its head pointing downwards (as opposed to vultures or eagles most often depicted with their head upwards). However, the peacock does bear an important symbolical value – it is very often considered a religious, Christian symbol.

This particular game piece most likely dates back to the 11th – 12th century. Other similar items were also found in archaeolgical sites in France and Germany. Animals, and birds in particular, seem to be common motifs to be engraved onto game counters. There are a little over 250 game pieces of this kind discovered up to this day, the vast majority of them owened by libraries, museums and other public institutions. This is probably one of the extremely rare game counters that are still privately owned. 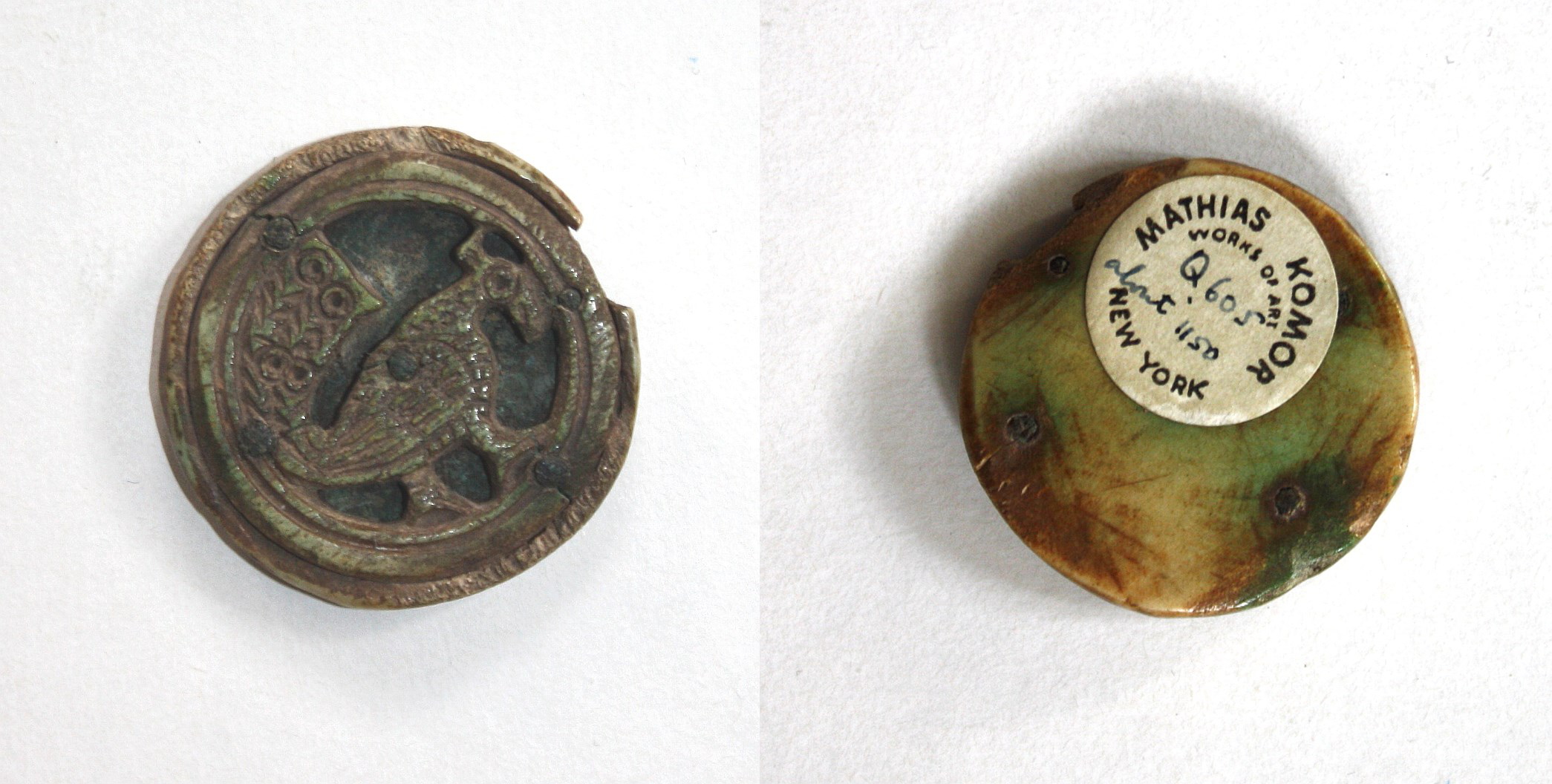