This caricature facing the contrast of Napoleon’s mercilessness and British humanity. The first scene shows Napoleon’s mercilessness against his own soldiers, as well as against his enemies, the Turks, at Jaffa. The second scene depict two British officers as merciful humans, preventing two Negro soldiers from killing three defenceless French officers. The second image evidently is a supposed episode in the three-cornered conflict between the French, the negroes, and the British in San Domingo in 1803. 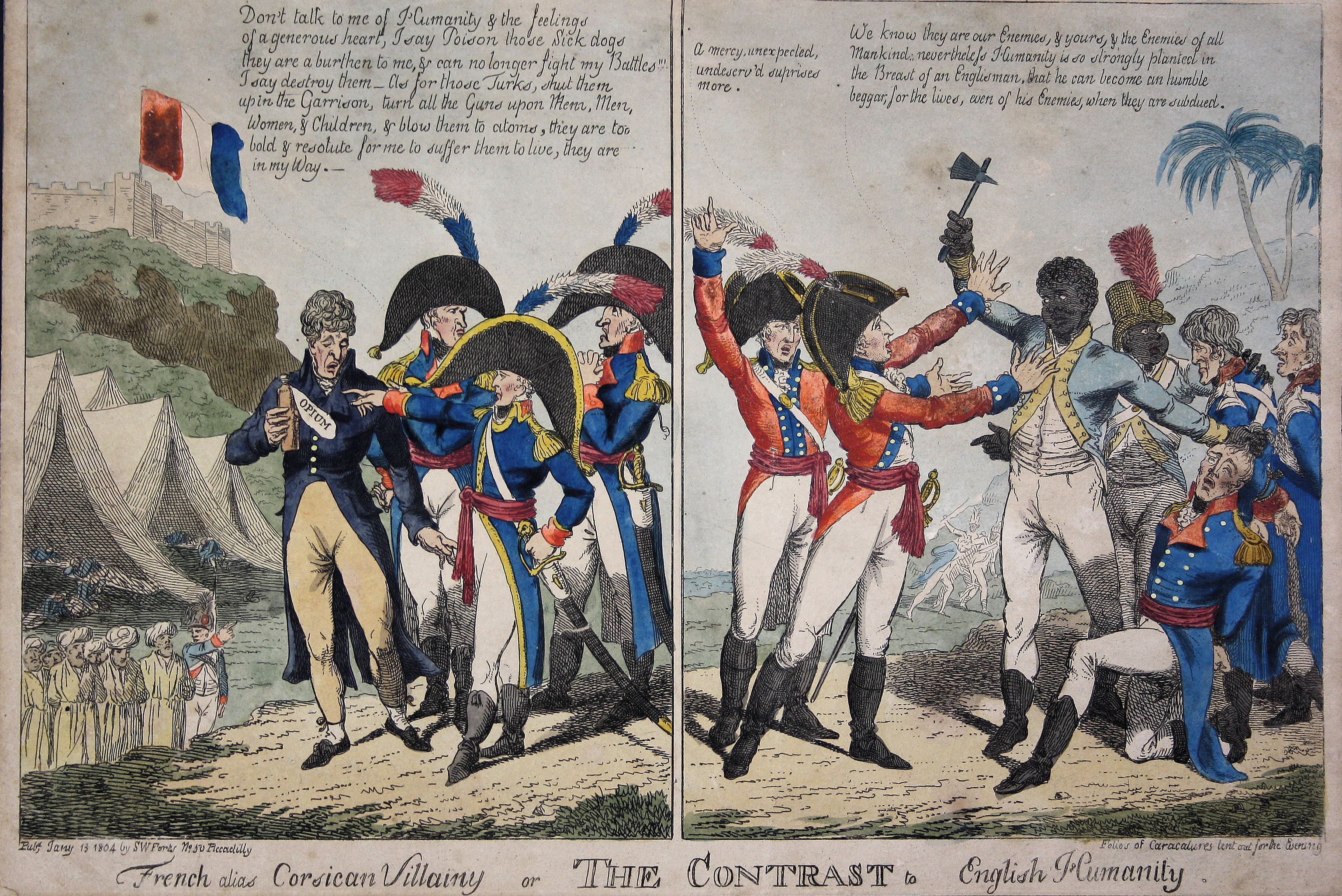