Napoleon and Cornwallis play chess. This is a reduced version of William’s caricature published in London by S.W. Fores on January 2nd 1802. This reduced version also contains a poster on the wall entitled ‚L’Aurore du Bonheur‘ which was not existent in the original issue. 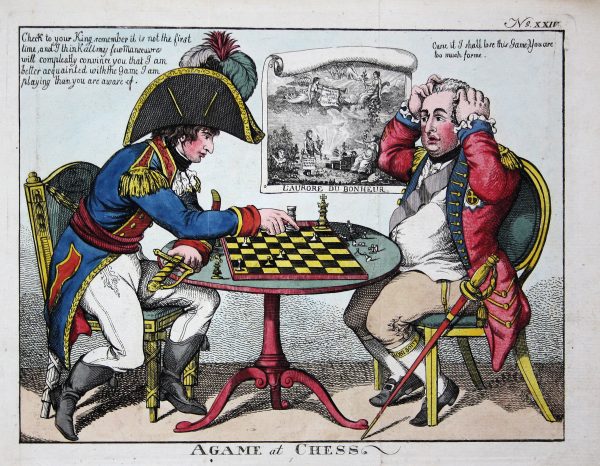