Napoleon, William Pitt the Younger and the devil are standing on small islands. This caricature plays upon the ‚Five Alls“, which were traditionally found on inn-signs. The „Five Alls“ showed five representative figures, each in appropriate dress with a motto underneath. The present caricature was based upon one titled ‘The Three Plagues of Europe!!’, published by Holland on 1 June 1803, which represents Napoleon as ‘General Fight-All’, Addington as ‘The Honble Mr. Tax-all’, and the Devil as ‘The Revd Mr Take-all’. 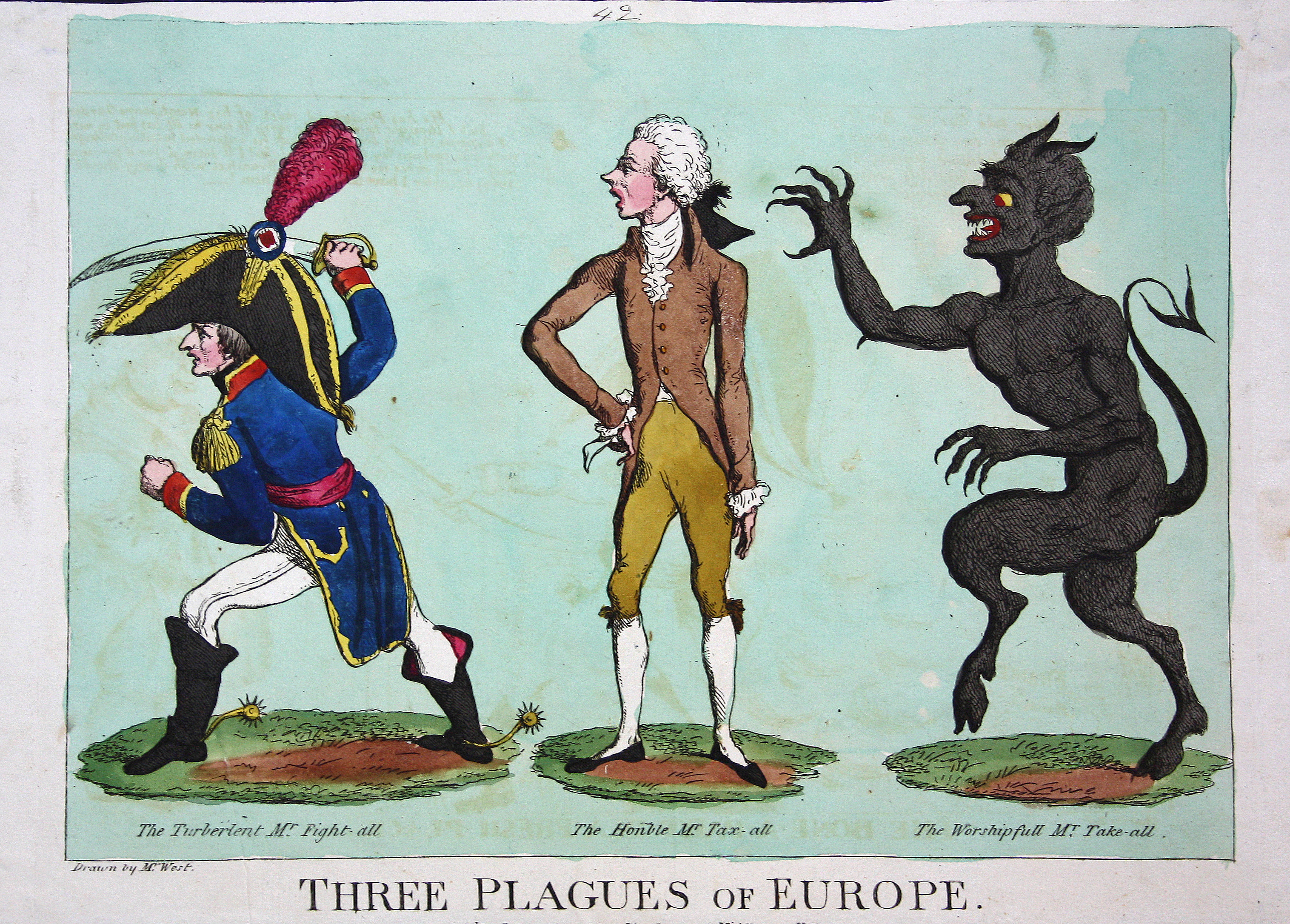