Gilles de La Boissière was ordinary engineer of the Roy. The first version of the game of war was created by him for the education of the Duke of Berry, son of Louis XIV. The present second version he created for the Duke of Burgundy, grandson of the monarch. The game reflects the political climate of the time and the importance given to the art of war. Edited as a board, it is used as a game of goose; cut out, it becomes a set of fifty-two playing cards. Each space, or card, depicts an illustration with a precise term, accompanied by its definition, corresponding to an action of the siege war. – skillfully restored. 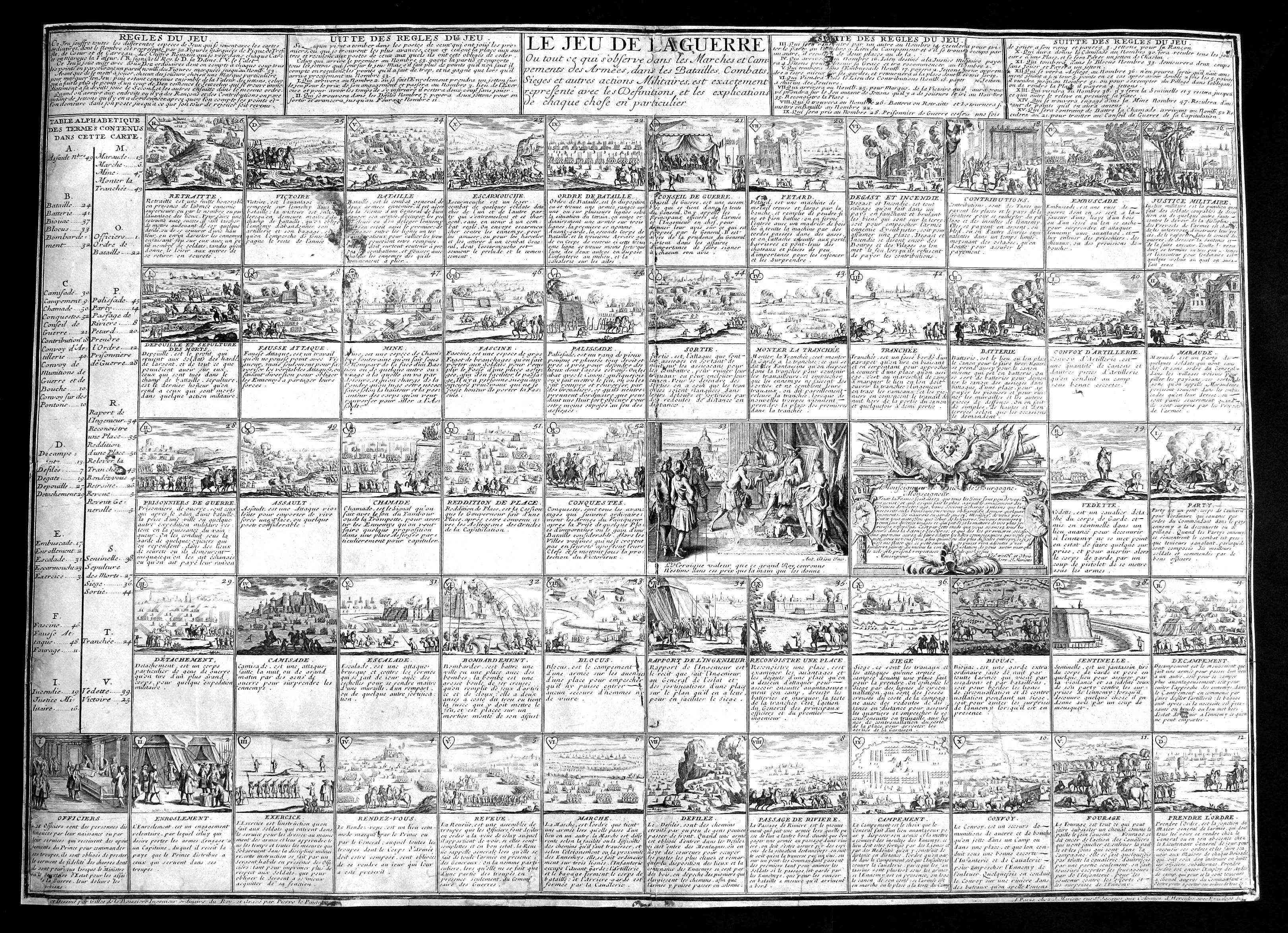