Visiting cards from the 18th century

82 cards have autograph signatures of their owners, on 33 the name of the card-holder is printed and further 87 cards have no name on it. — Visiting cards became popular at the beginning of the 18th century in Italy, around 1730 in France and later in all over Europe. In 18th century Europe, the footmen of aristocrats and royalty would deliver these first European visiting cards to the servants of their prospective hosts solemnly introducing the arrival of their owners. Visiting cards became an indispensable tool of etiquette, with sophisticated rules governing their use. The essential convention was that one person would not expect to see another person in his own home (unless invited or introduced) without first leaving his visiting card for the person at his home. Upon leaving the card, he would not expect to be admitted at first, but might receive a card at his own home in response. This would serve as a signal that a personal visit and meeting at home would be welcome. On the other hand, if no card was forthcoming, or if a card was sent in an envelope, a personal visit was thereby discouraged.

Probably one of the largest collections of visiting cards from the 18th century. – Extremely rare. 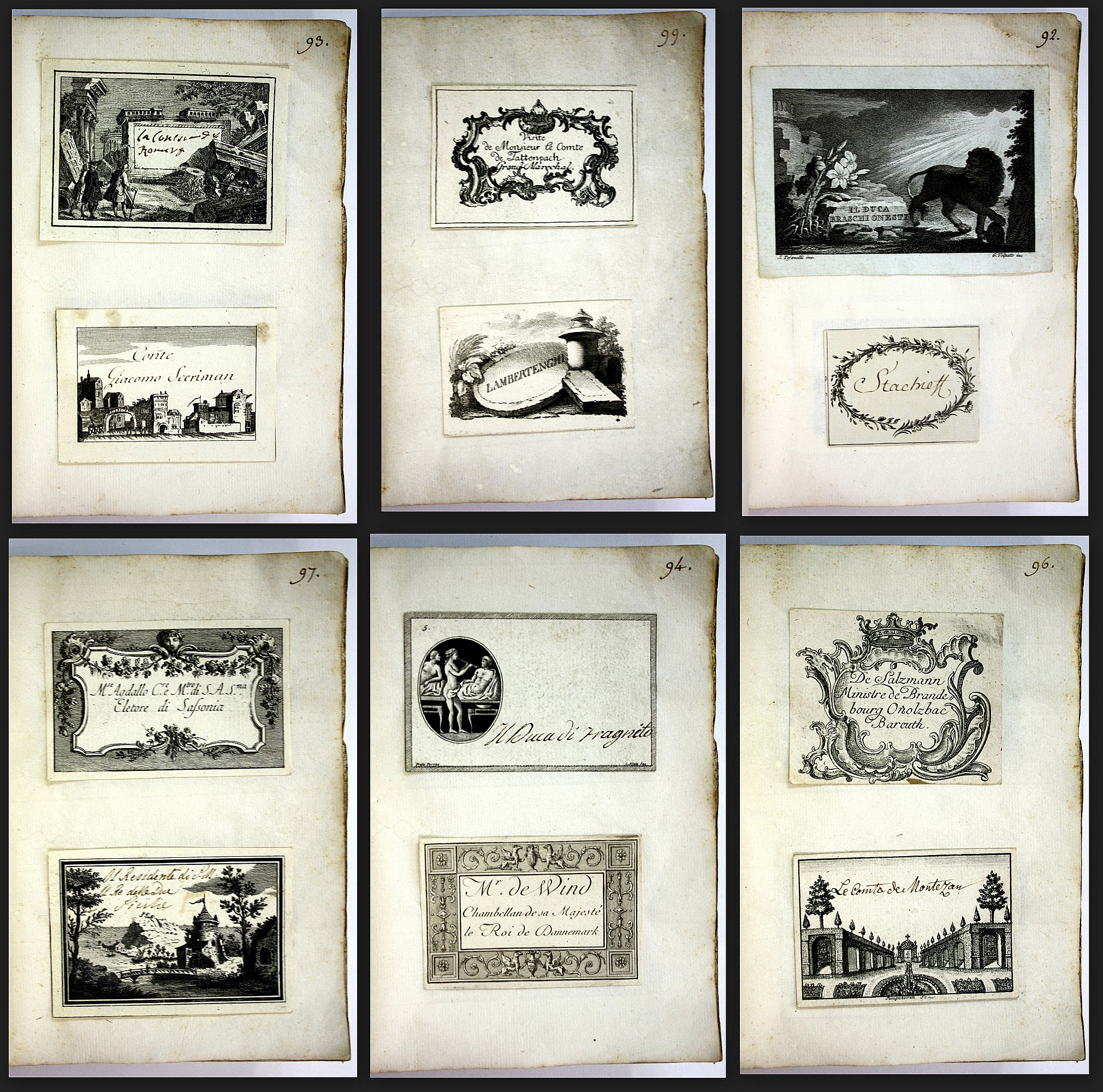 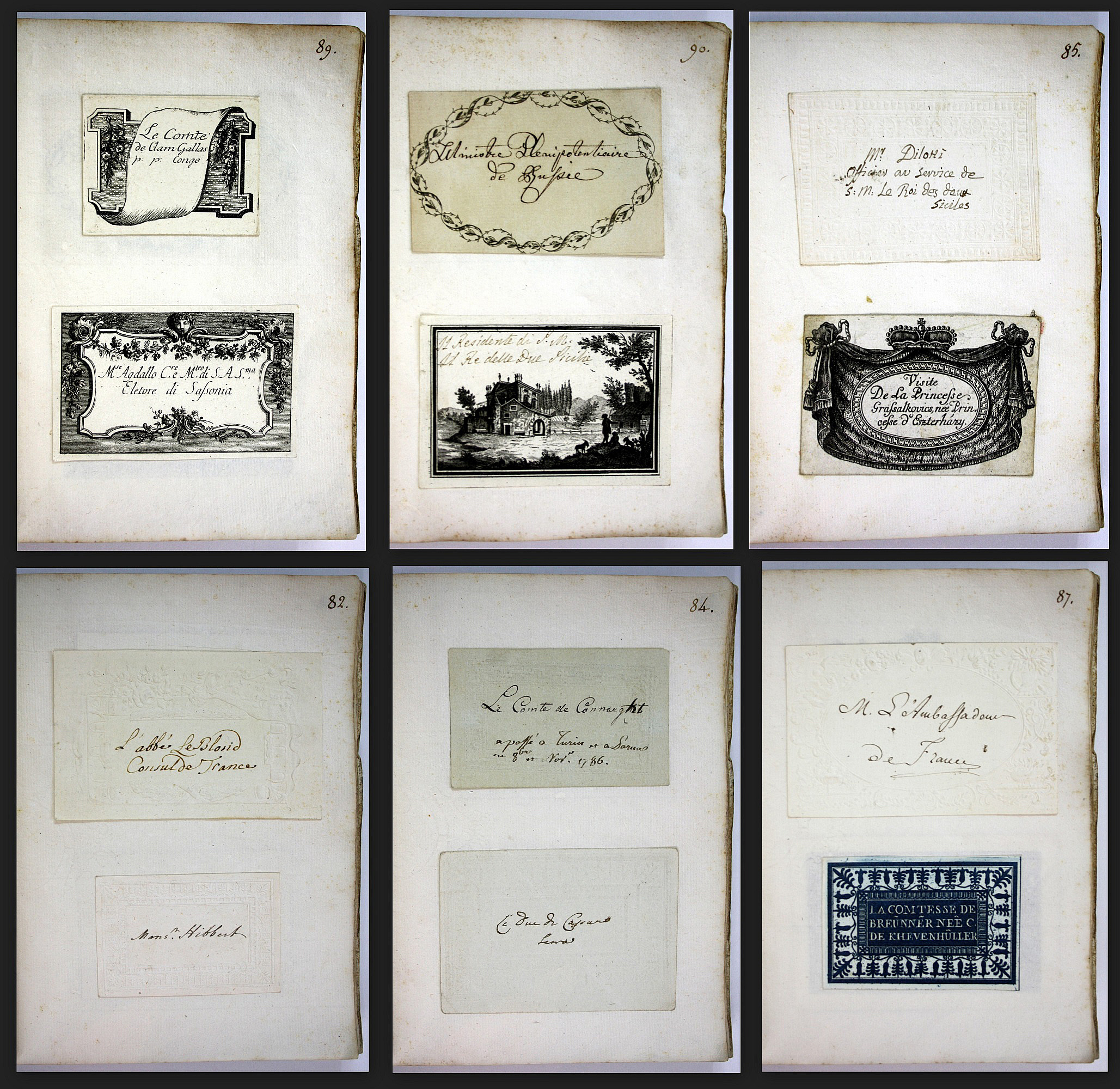 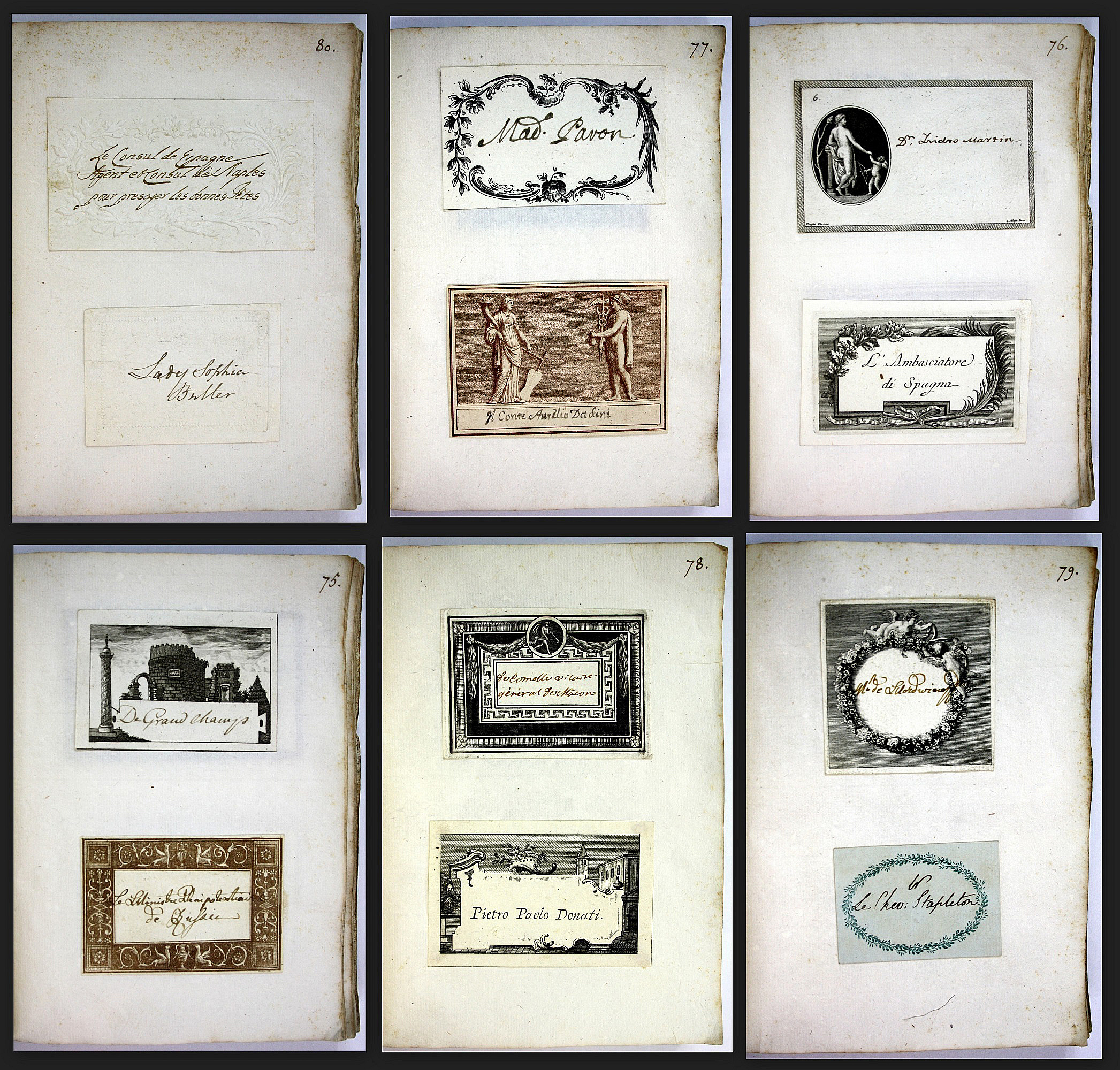 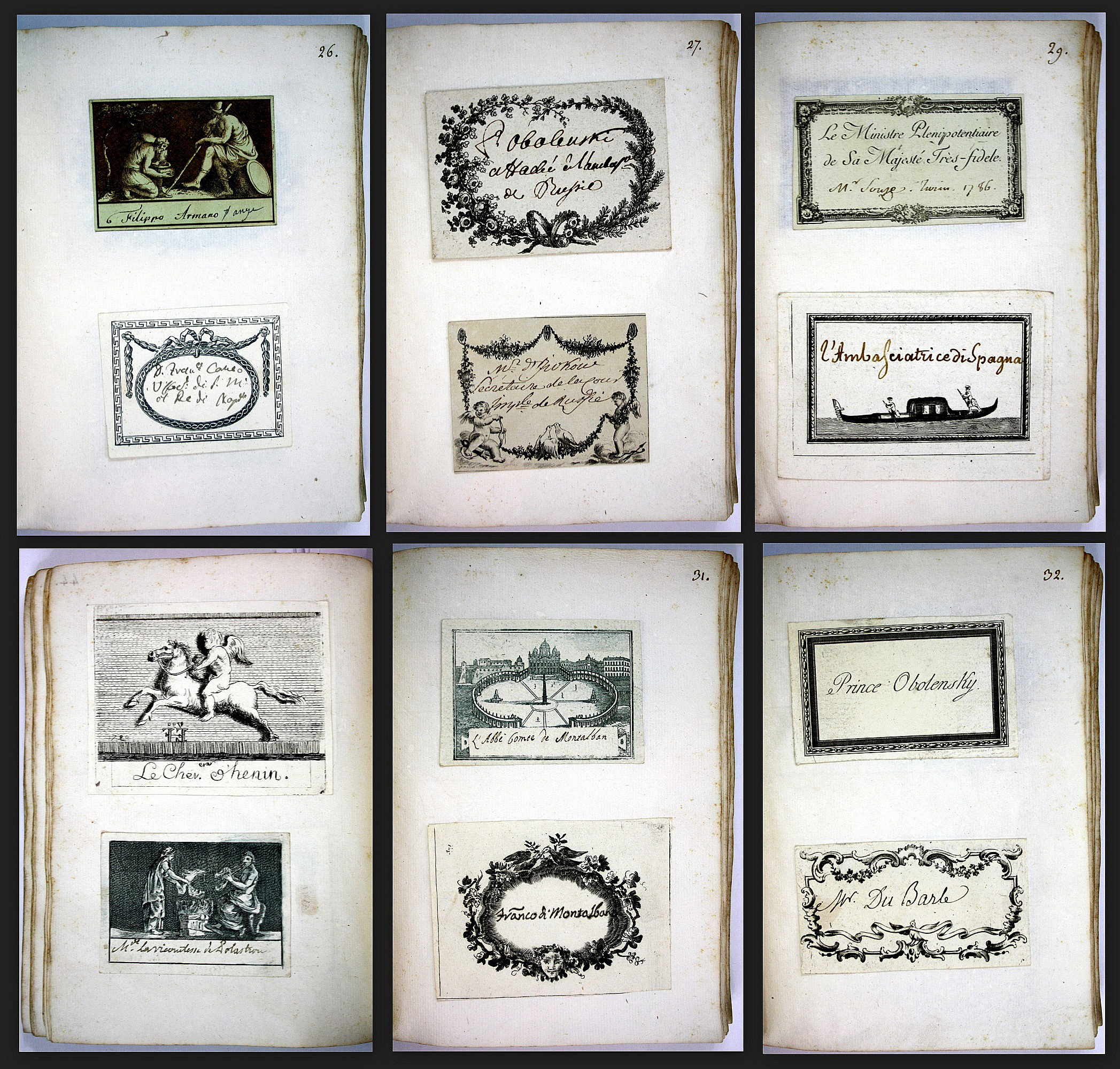 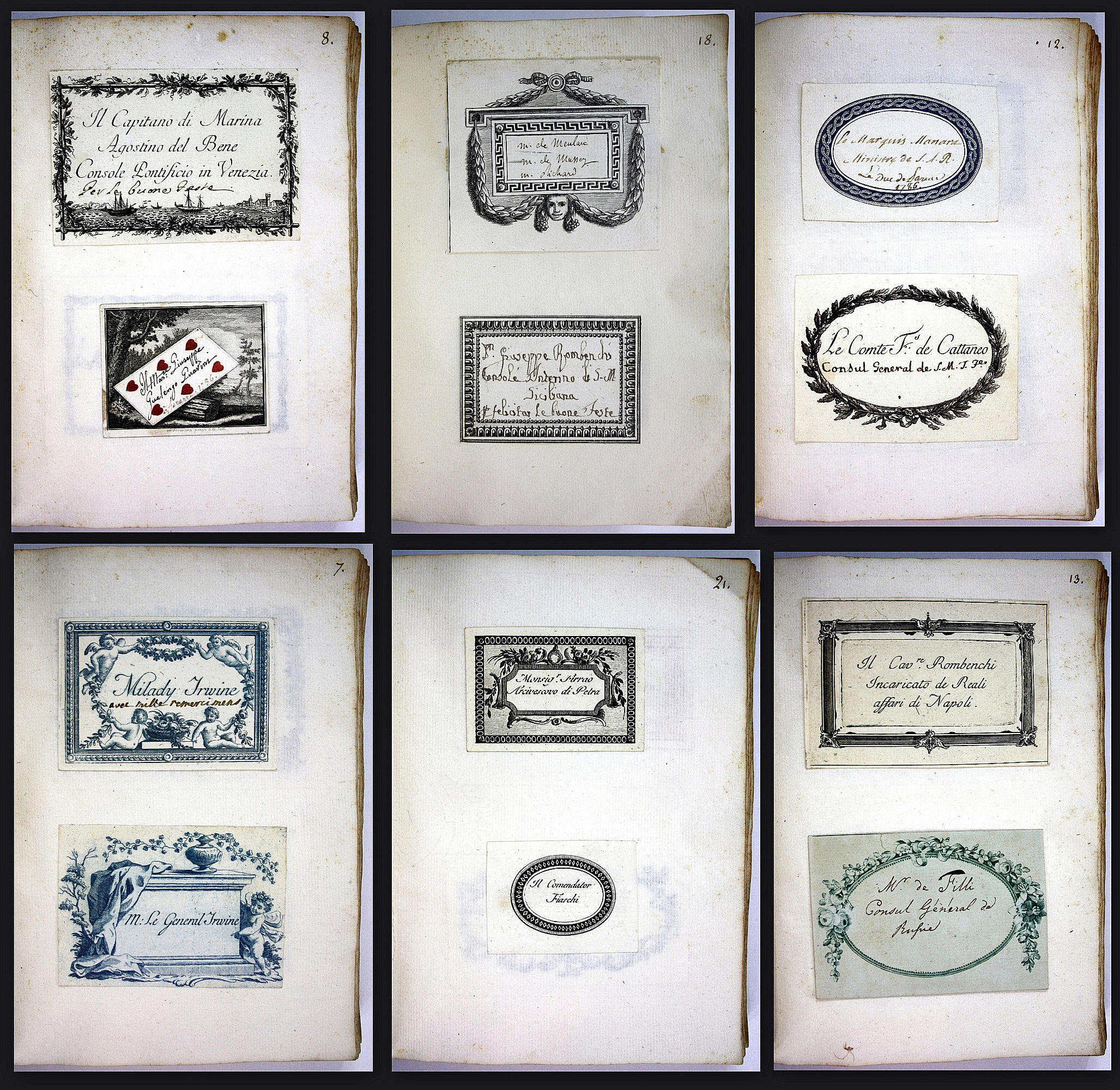 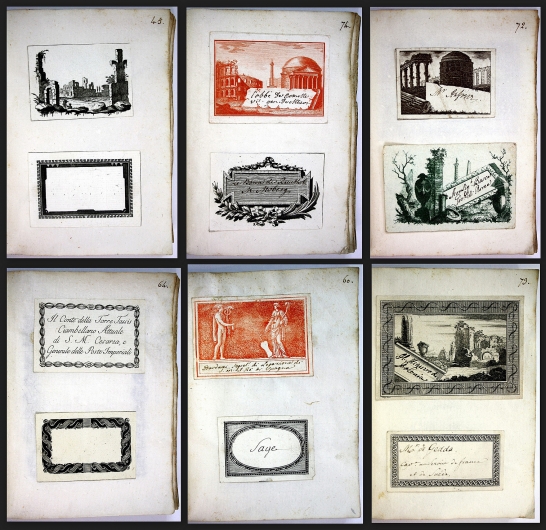 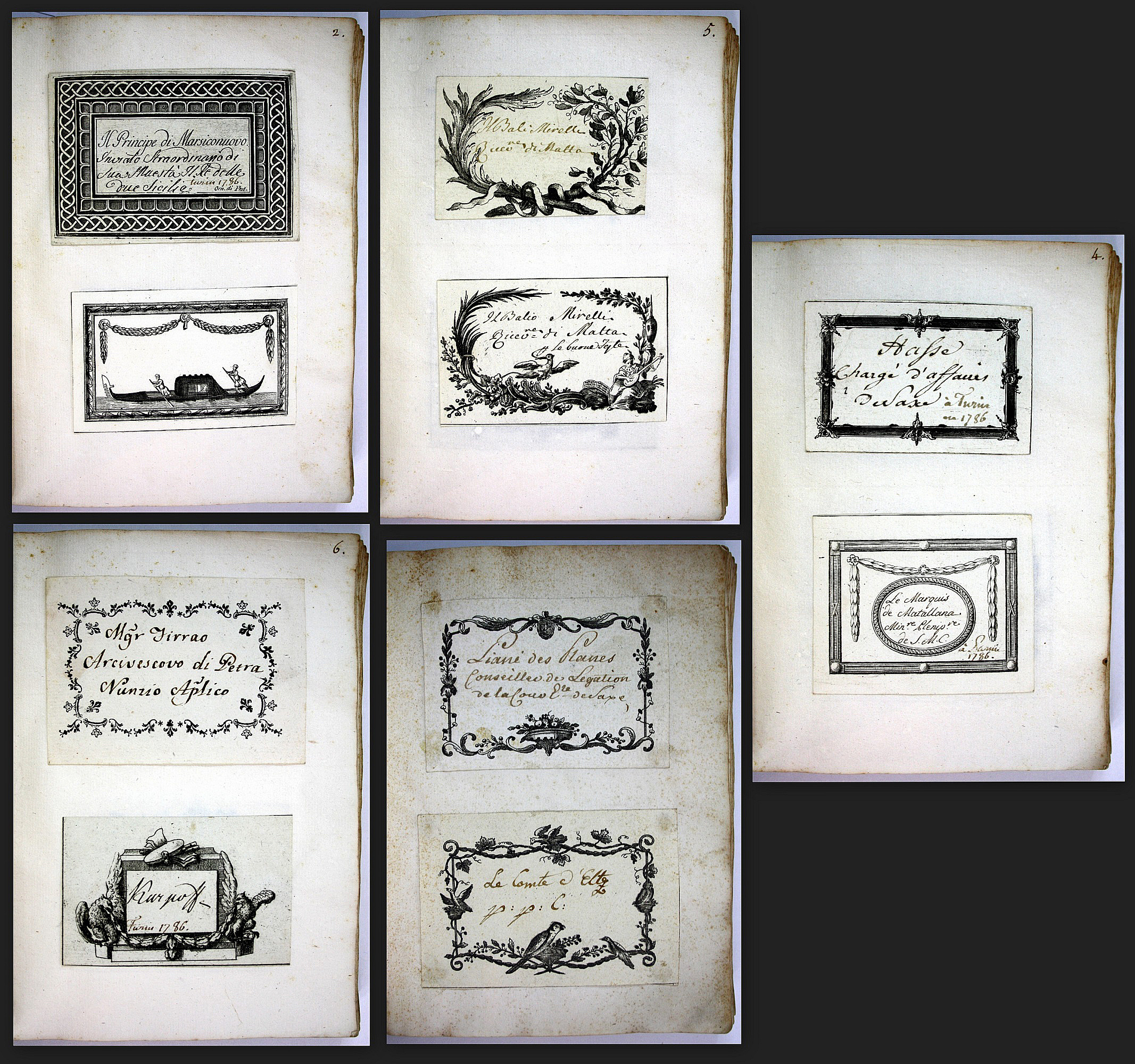