Abraham Bloemaert was a Dutch painter and printmaker. He was one of the founders of the Utrecht Guild of Saint Luke (St Lucas-gilde) a new Utrecht painters‘ guild, and became its deken in 1618. Bloemaert was an important teacher, who trained most of the Utrecht Caravaggisti, at least for a period. Accorgint to the Encyclopædia Britannica Eleventh Edition, „[h]e excelled more as a colourist than as a draughtsman, was extremely productive, and painted and etched historical and allegorical pictures, landscapes, still-life, animal pictures and flower pieces.“ In the first decade of the seventeenth-century, Bloemaert began formulating his landscape paintings to include picturesque ruined cottages and other pastoral elements. In these works, the religious or mythological figures play a subordinate role. Country life was to remain Bloemaert’s favourite subject, which he depicted with increasing naturalism. He drew motifs such as peasant cottages, dovecotes and trees from life and then on his return to the studio worked them up into complex imaginary scenes.

Boetius a Bolswert was a renowned copper-plate engraving engraver of Friesland origin. He produced several series after Bloemaert. Bolswert soon established his engraving press in Holland. He took his subjects from Peter Paul Rubens and from other Flemish painters. In Antwerp, through the influence of the Rubens, he brought his art to a larger and broader grasp of form than had previously been achieved in that medium. 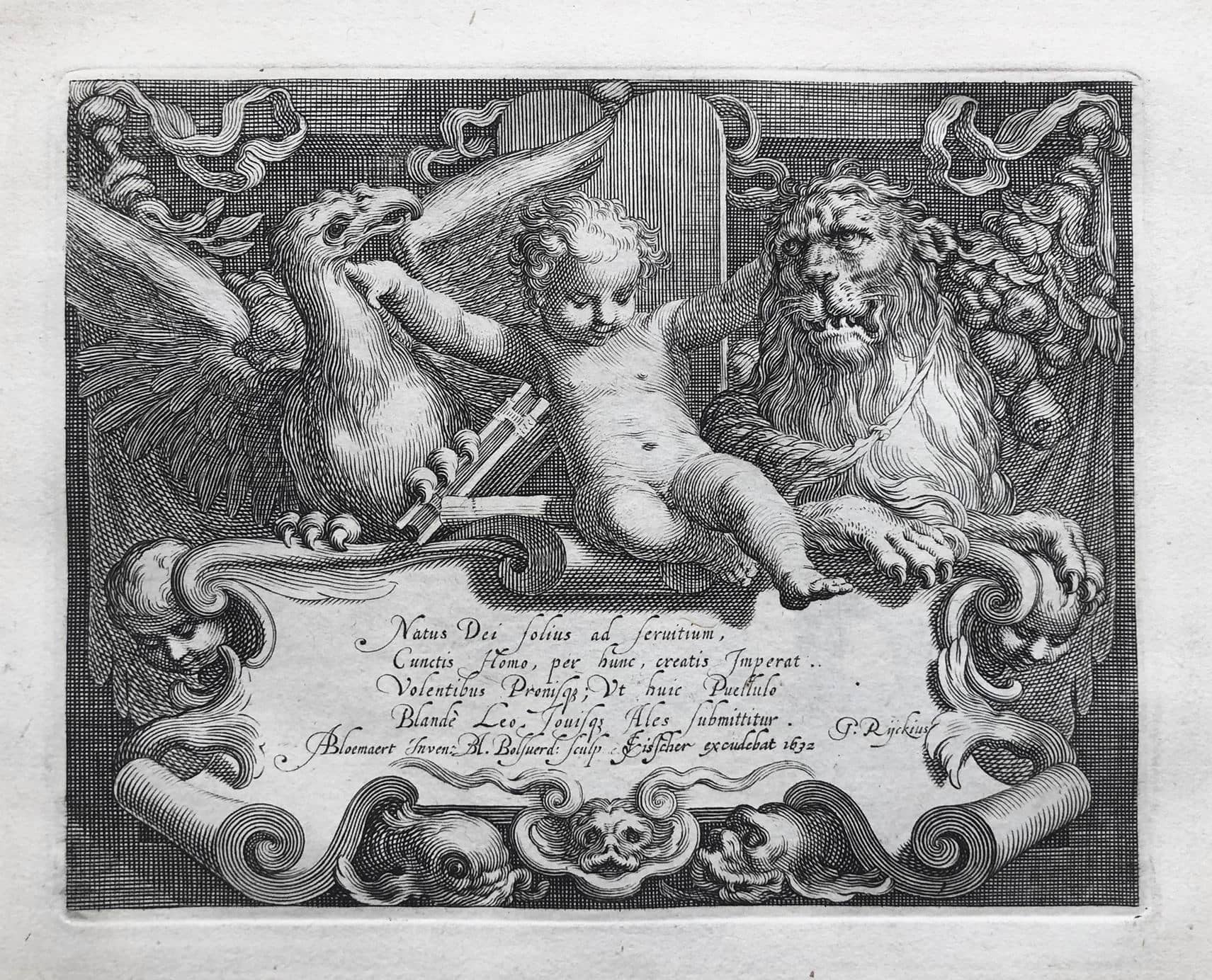