The earliest known example of an Industrie und Glück tarot was published in Vienna in 1815. Our deck bears the Austrian tax stamp from 1825 and is therefore a very early example of this Austro-Hungarian tarot deck, where the trump cards bear the designs of rural life with different national costumes. Around seven different versions of this deck were once made but the present pack doesn’t correspond to any other deck we could find. Johann Georg Steiger (1800-1855) was an Austrian cardmaker between 1822 and 1853. He died childless. Playing cards by him are seldom on the market. 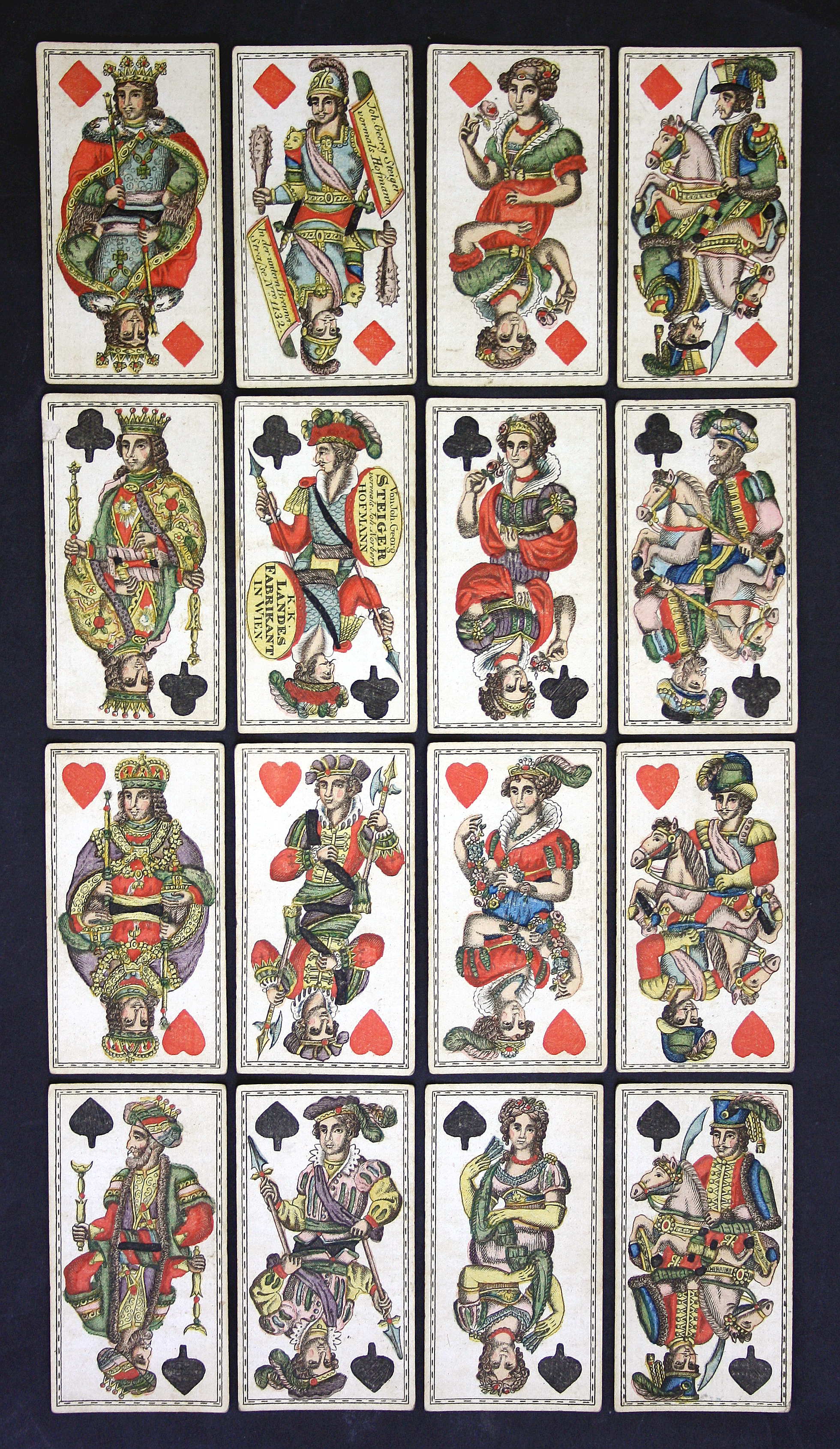 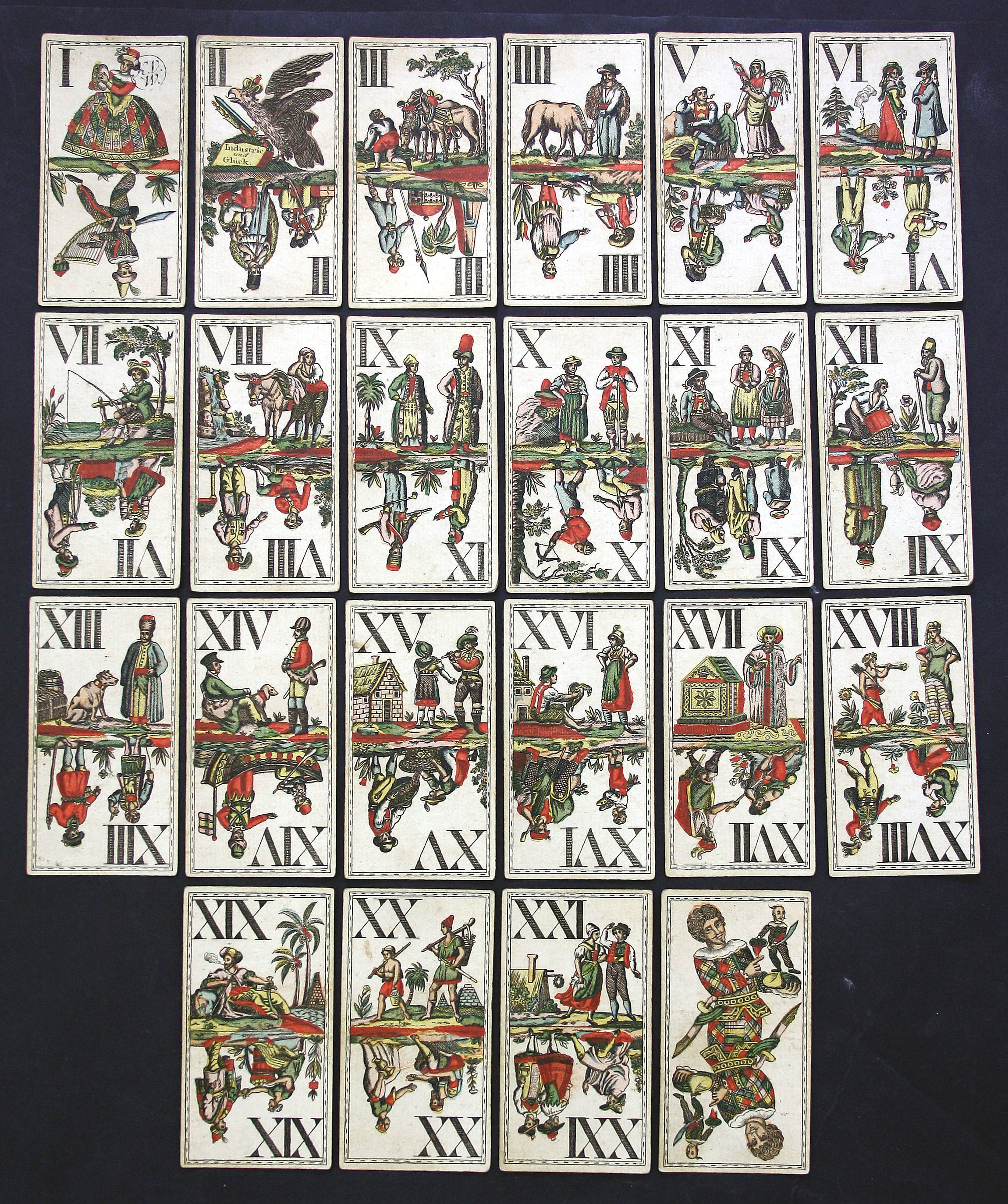