Extremely rare series of bird engravings. Each plates represents several birds such as owls, birds of prey, waterfowls, swans, peacocks, chickens, herons, pigeons, etc. Nicolas Bonnart was a French engraver, publisher and editor. He is the eldest son of the printer Henri Bonnart and Marguerite Martin.

At the age of eighteen, he was apprenticed for five years with Jean Ganière, where he learned engraving. He began his own publishing activity in the 1660s, while engraving portraits of various personalities. He also worked for the King’s House.

From the 1670s, he resided in L’Aigle and published numerous prints, covering practically all areas of Parisian imagery: almanacs, prayer or drawing books, devotional images, allegories, portraits, caricatures etc. But it was above all with fashion images, developed in collaboration with his brothers, that he met with success and exercised a lasting influence on the art of printmaking.

After his death his widow Marie Couillard de la Croix then his son Nicolas II Bonnart took over the production and trade of L’Aigle. His daughter Marie-Suzanne also remains in the world of printmaking by marrying Jean-Baptiste de Poilly.

The present series is extremely rare. We were not able to trace another copy. Not in Le Blanc; not in Worldcat etc. 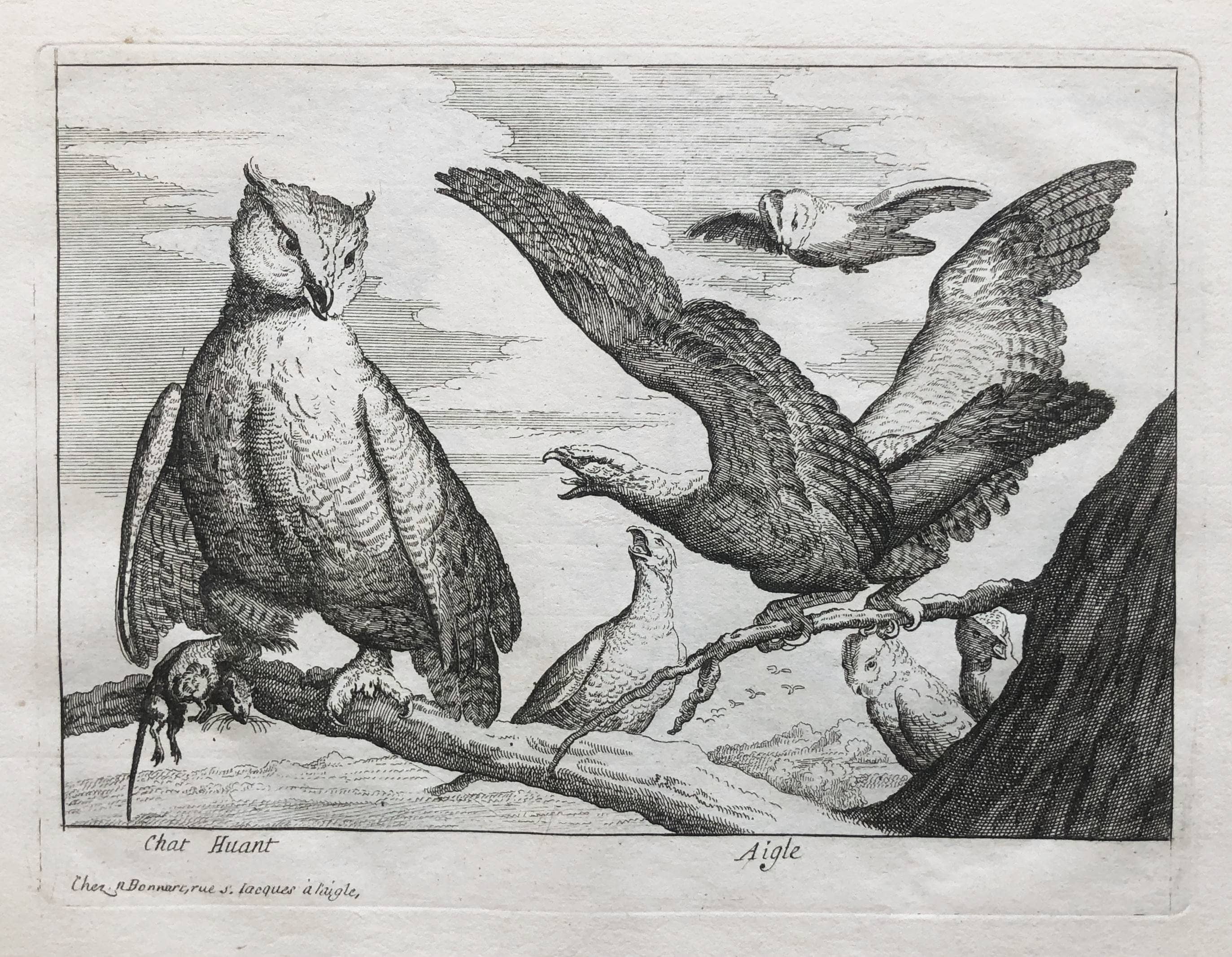 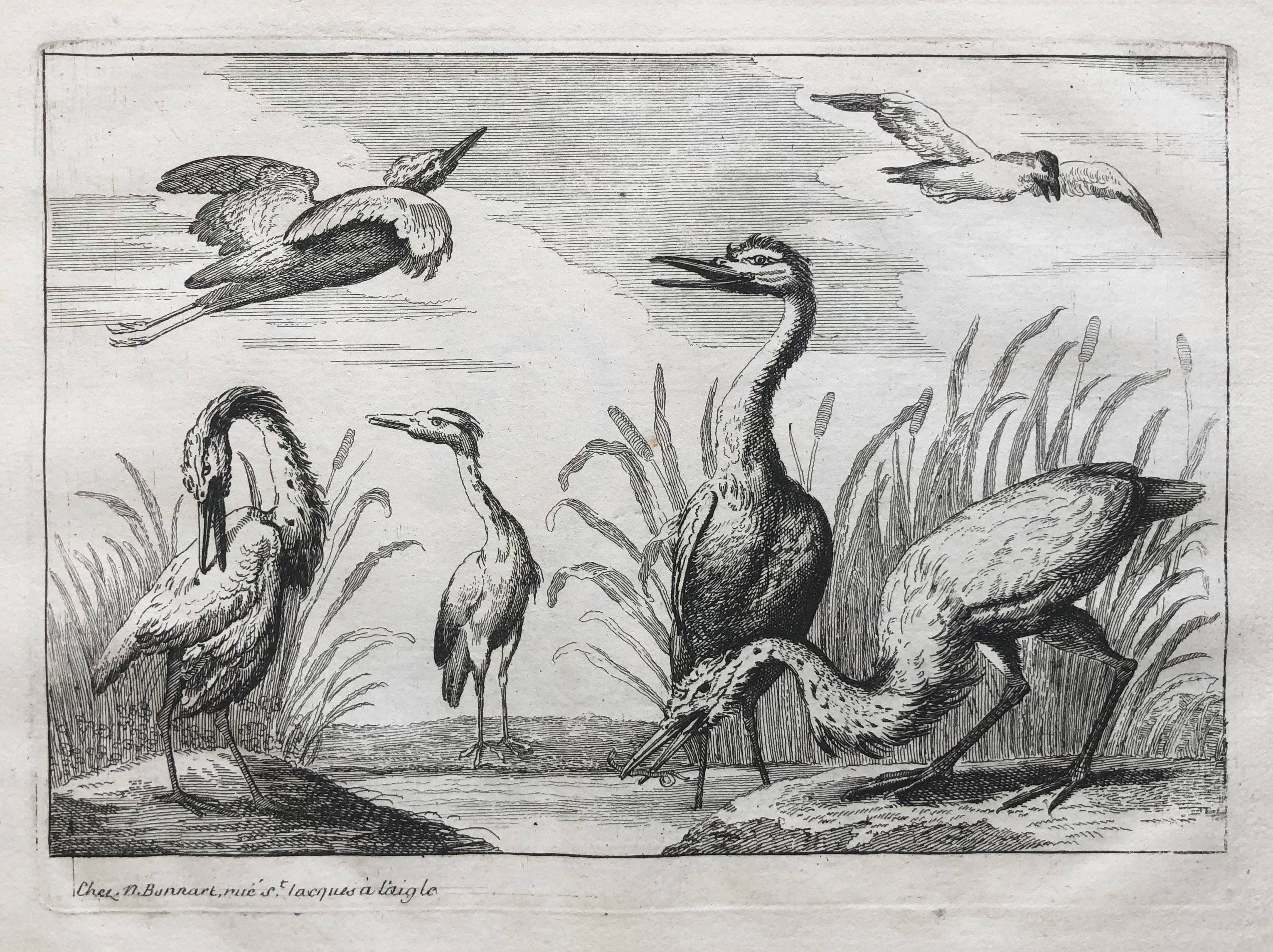 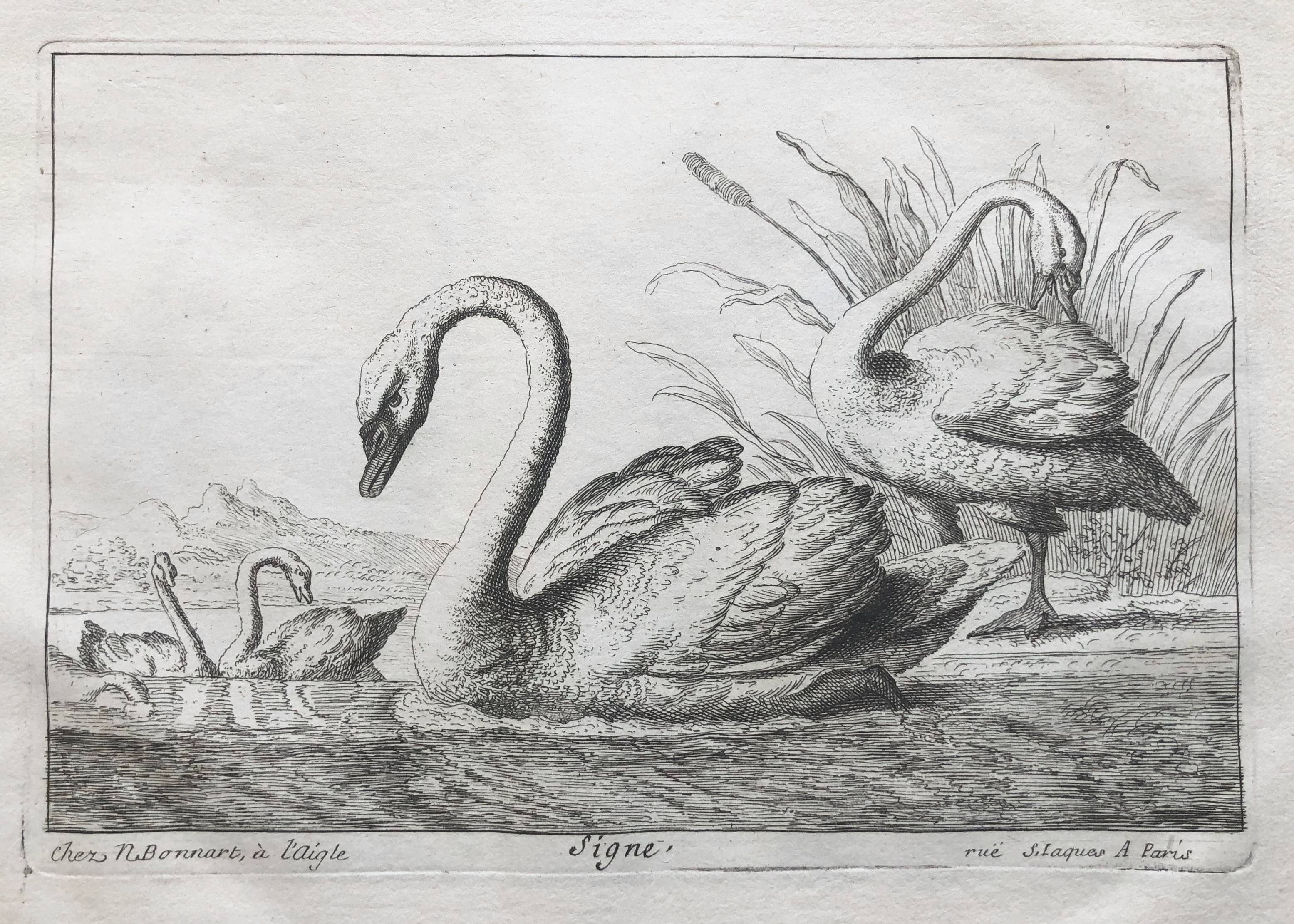 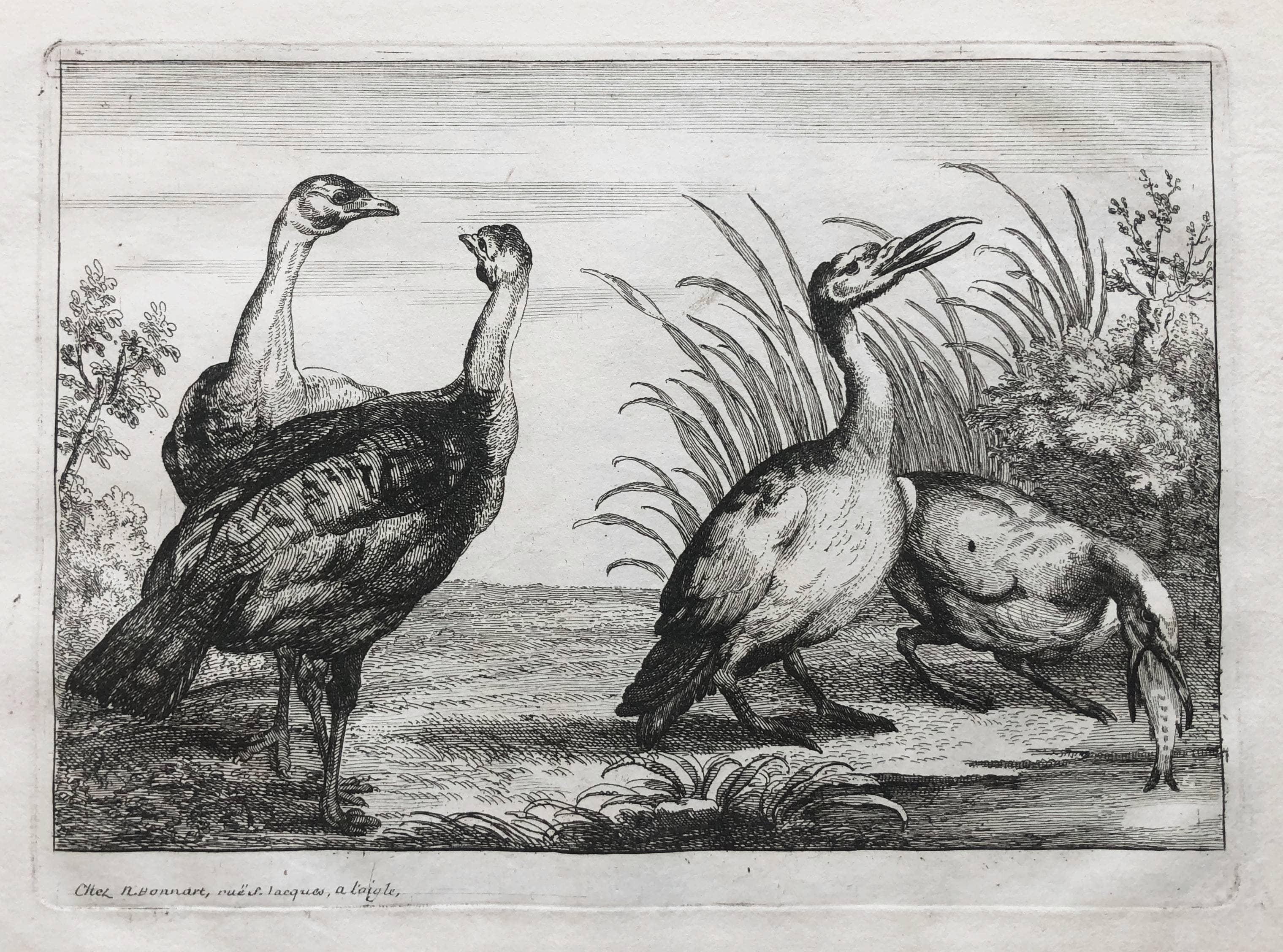 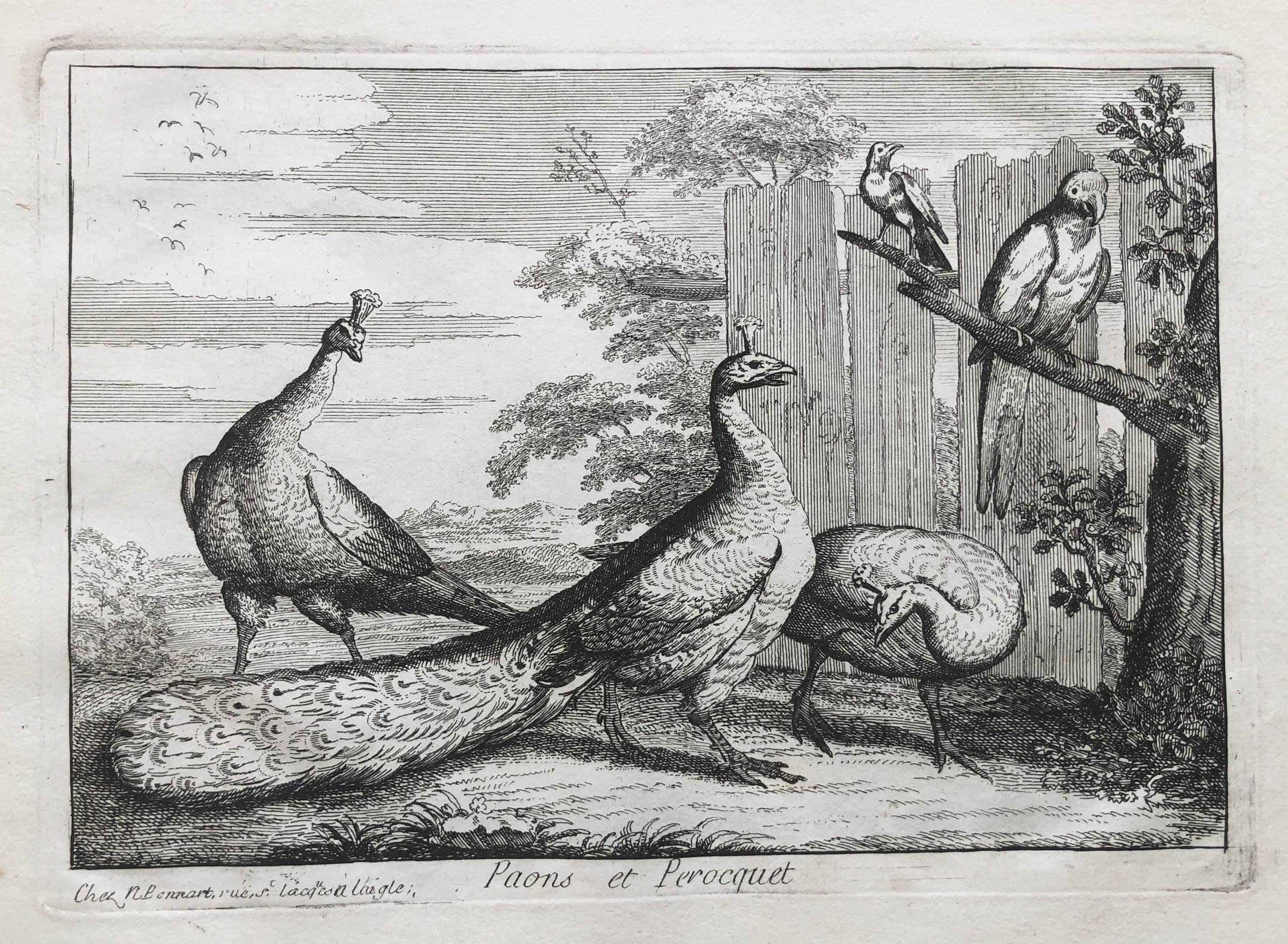 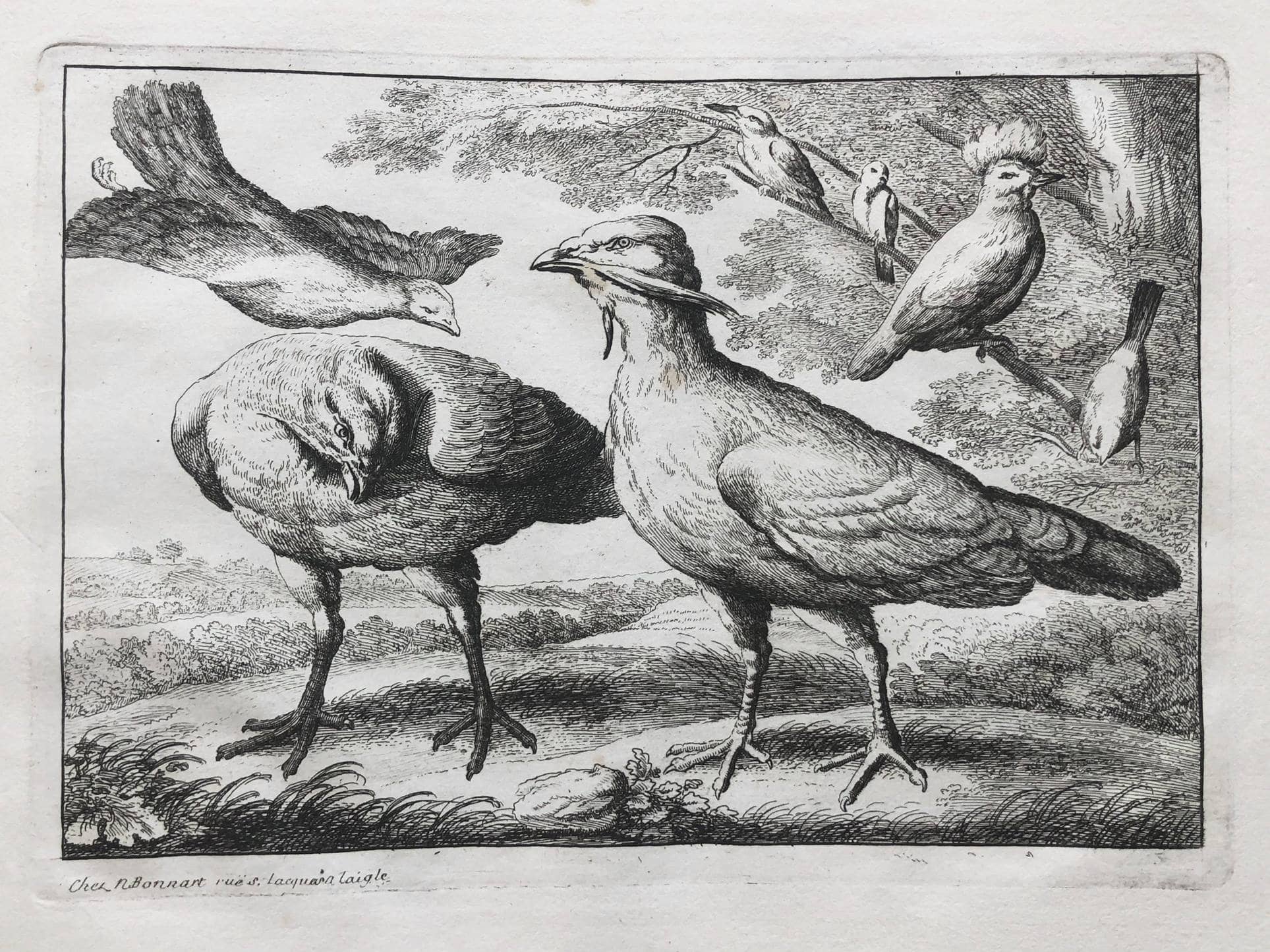 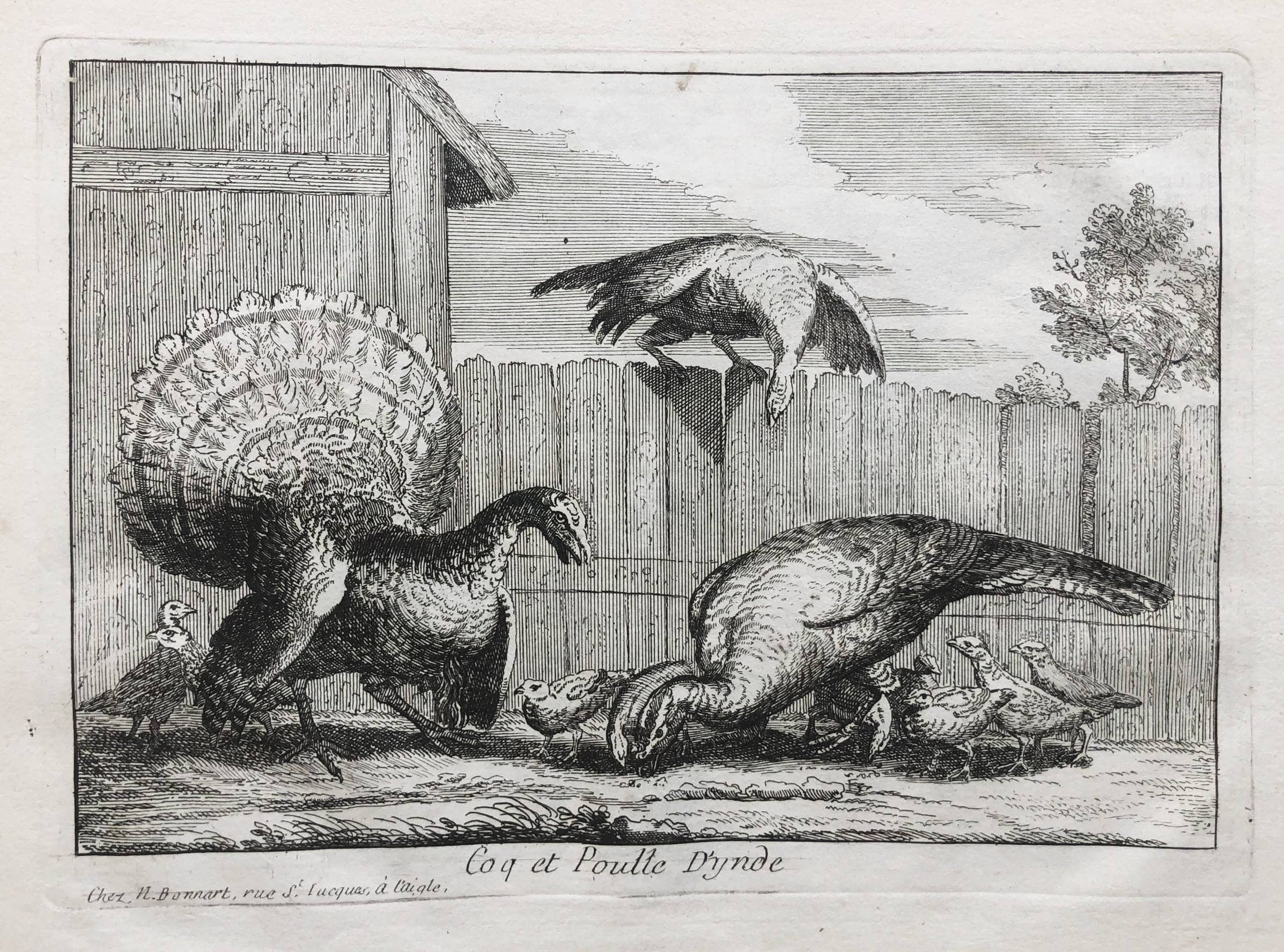 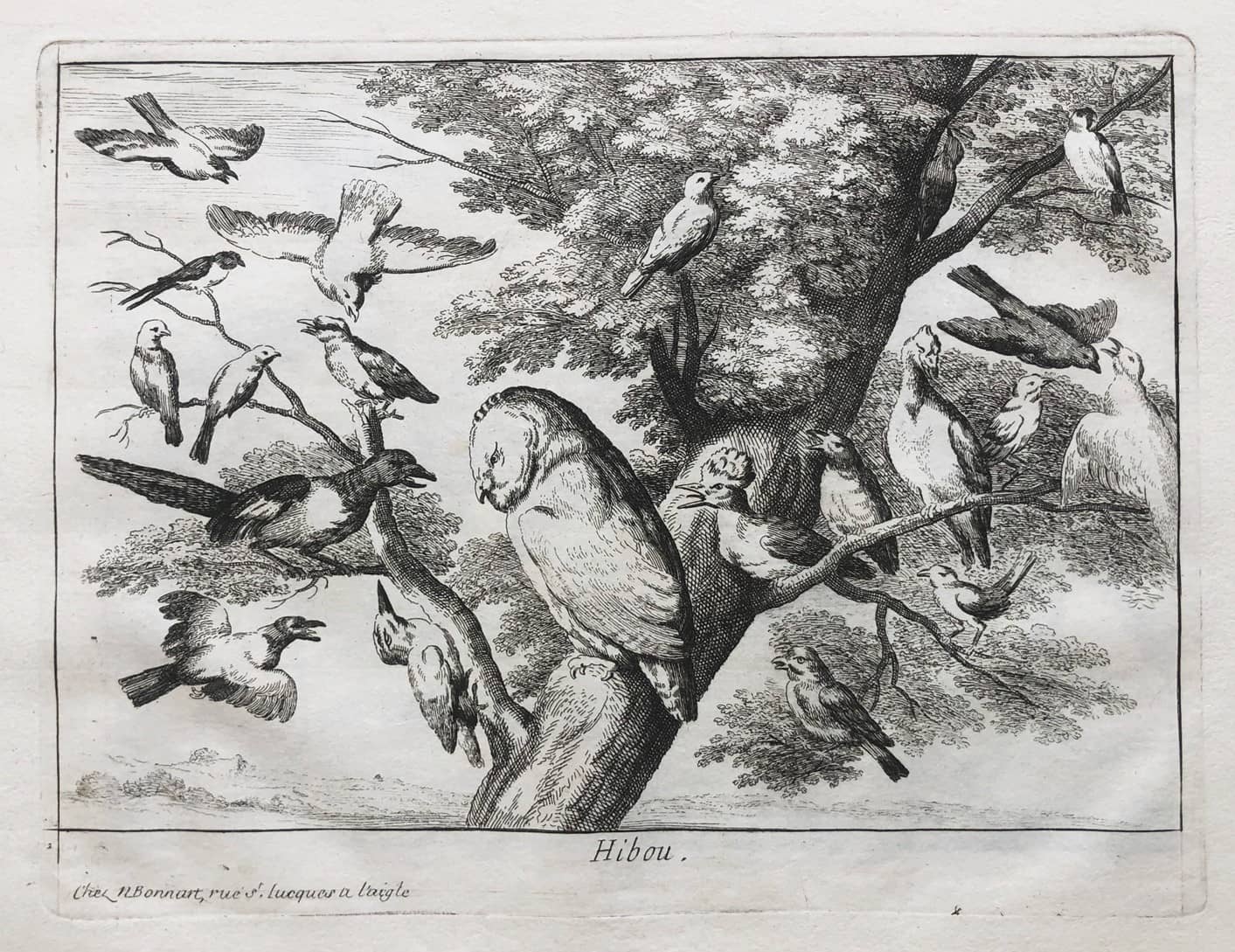 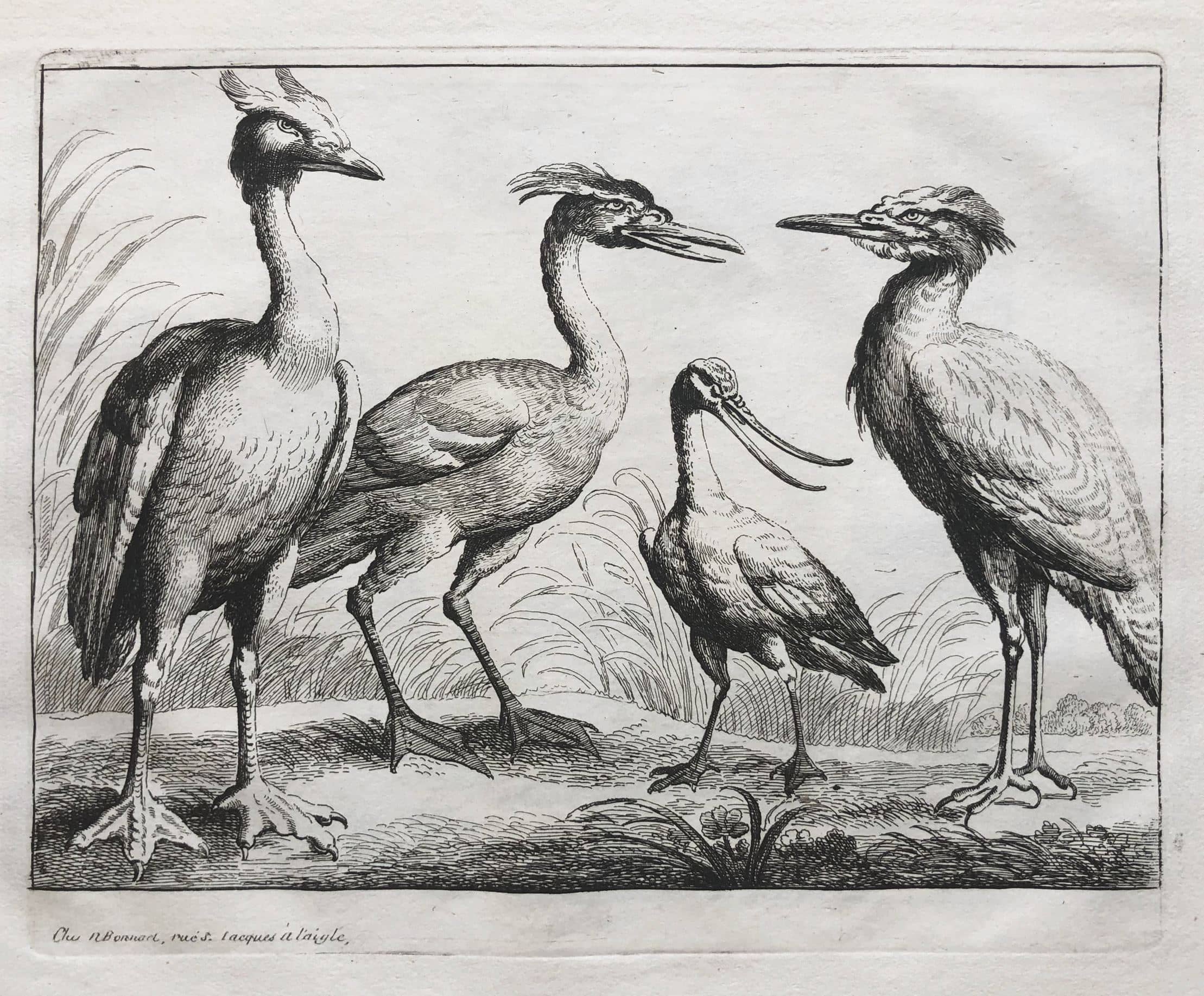 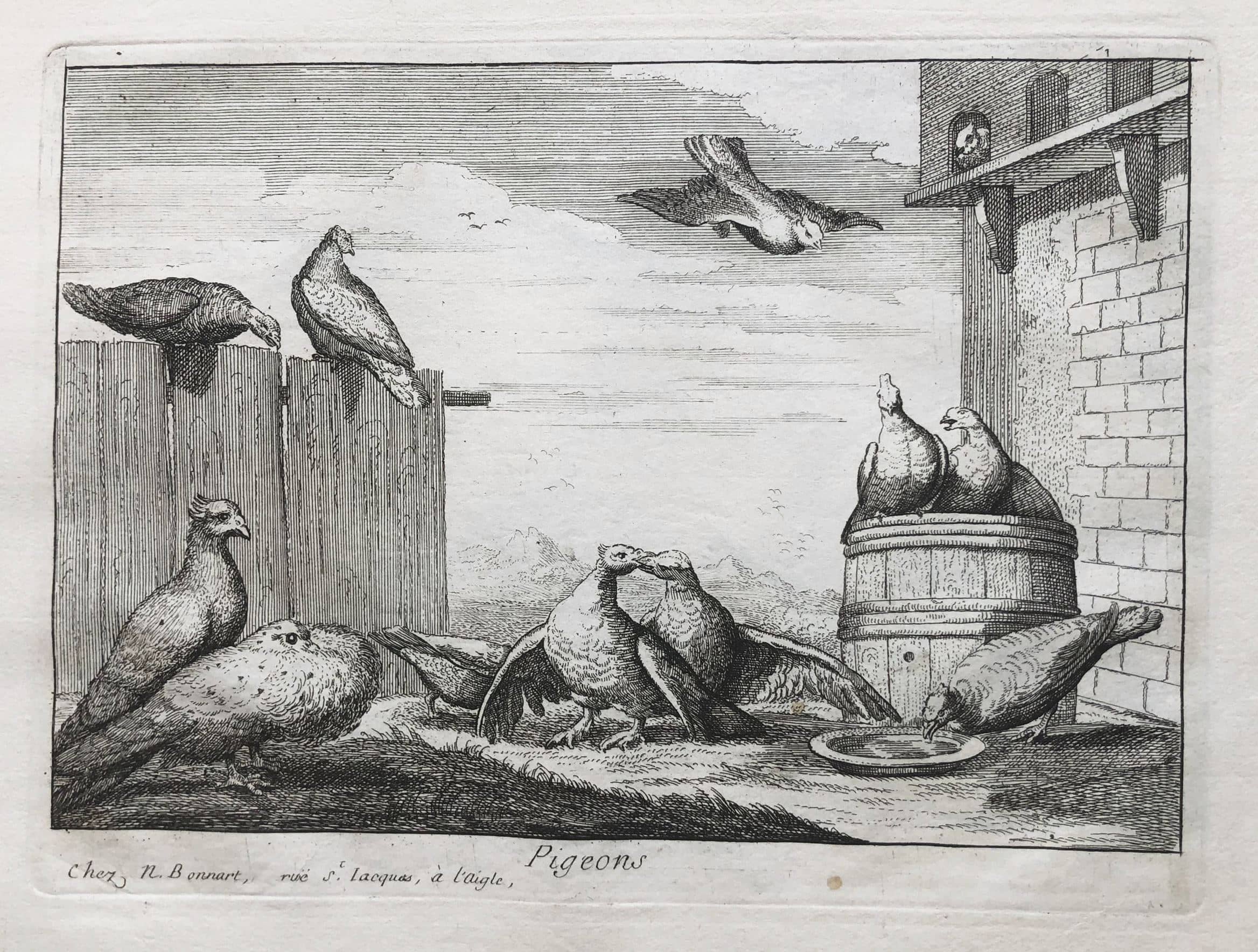 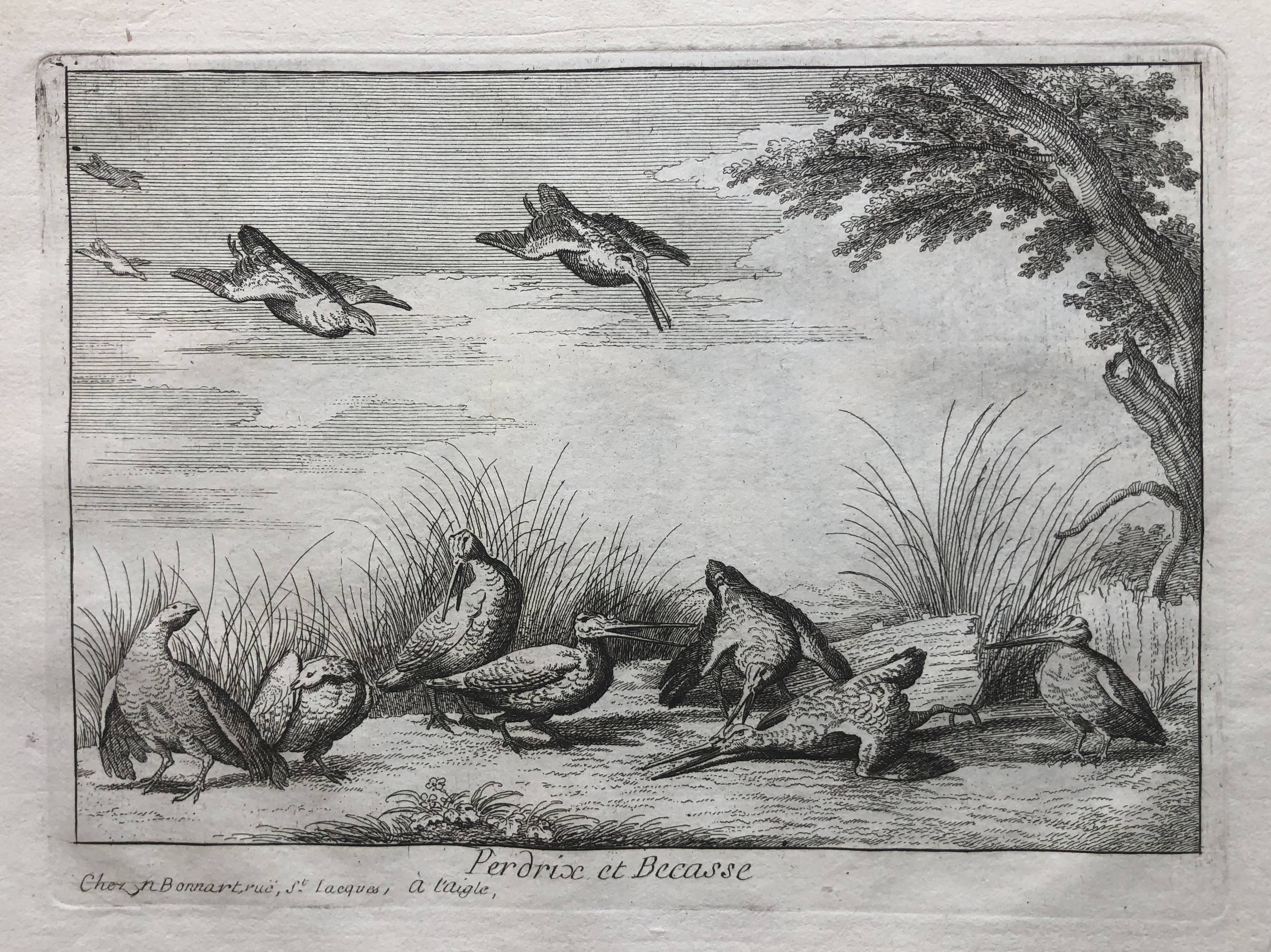 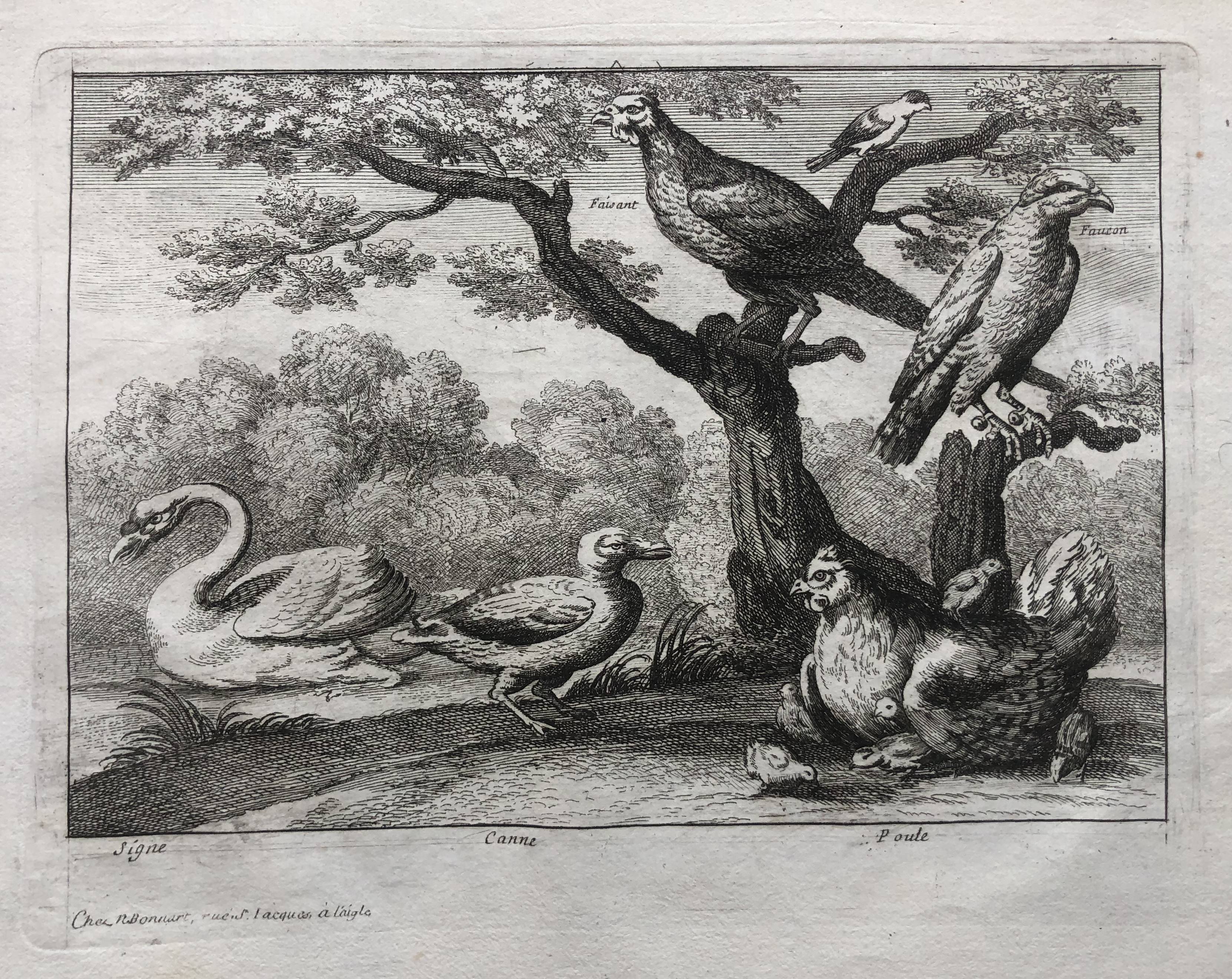