18th century French manuscript prayer book in a rare, splendid Empire morocco binding with very decorative silver ornaments. The inner side of the hasp is signed M.(A.?)M.. The silver smith is probably of German origin. A related binding, which was obviously made by the same artist, was auctioned in 2015 by Addison & Savora Auctioneers and was used for a German prayer book from 1769. 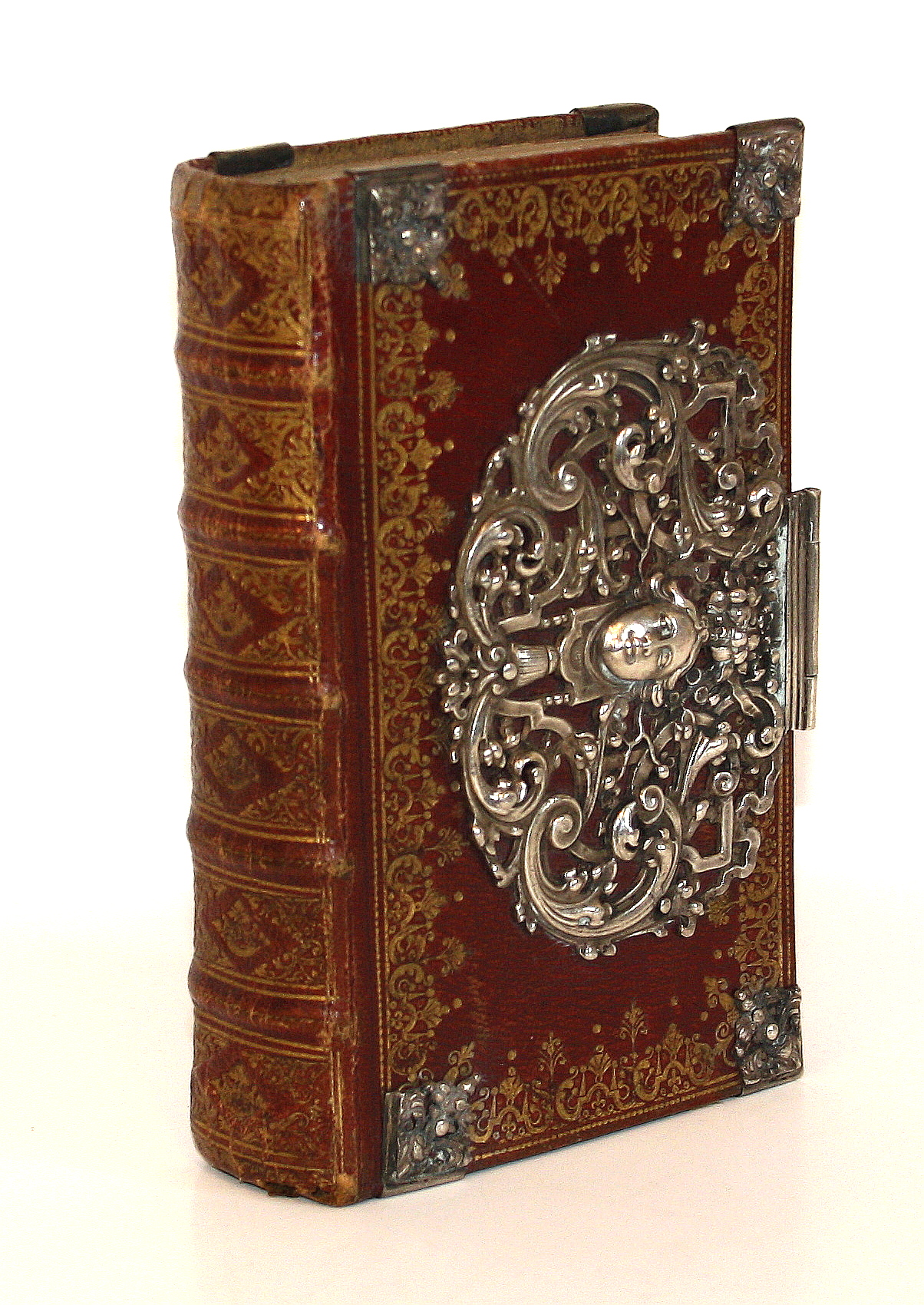