Startseite/Galerie, Gallery/Signed drawing by Arnold Houbraken depicting the myth of the Tower of Babel

Signed drawing of the Biblical myth of the Tower of Babel.

Arnold Houbraken (1660-1719) was a Dutch painter and engraver of the Golden Age, but also an important biographer of artists. Apart from portraits and biographies of artists, he is known for drawing religious and mythological subjects.

The present drawing most likely depicts a scene near the Tower of Babel, illustrating the well-known Biblical myth. The tower is visible in the background, while in the foreground there are 2 scene worth noting: firstly, a group of three well-dressed men, probably architects or scholars are looking through some papers, sitting at a table. Secondly, in the lower part of the drawing there are three children who are holding some sort of round plate or sieve, that contains small objects labelled with various letters or characters, which are falling through a whole in the plate. This is most likely an allussion to the myth of the Babel tower and the variety of languages. While the men are probably discussing plans for the construction of the tower to reach the skies, in the children’s play, language is simultaneously being „mixed“, confounded.

Although Houbraken is better known for this drawings than for his painting, only a few drawings by him have been up for auction in recent times. 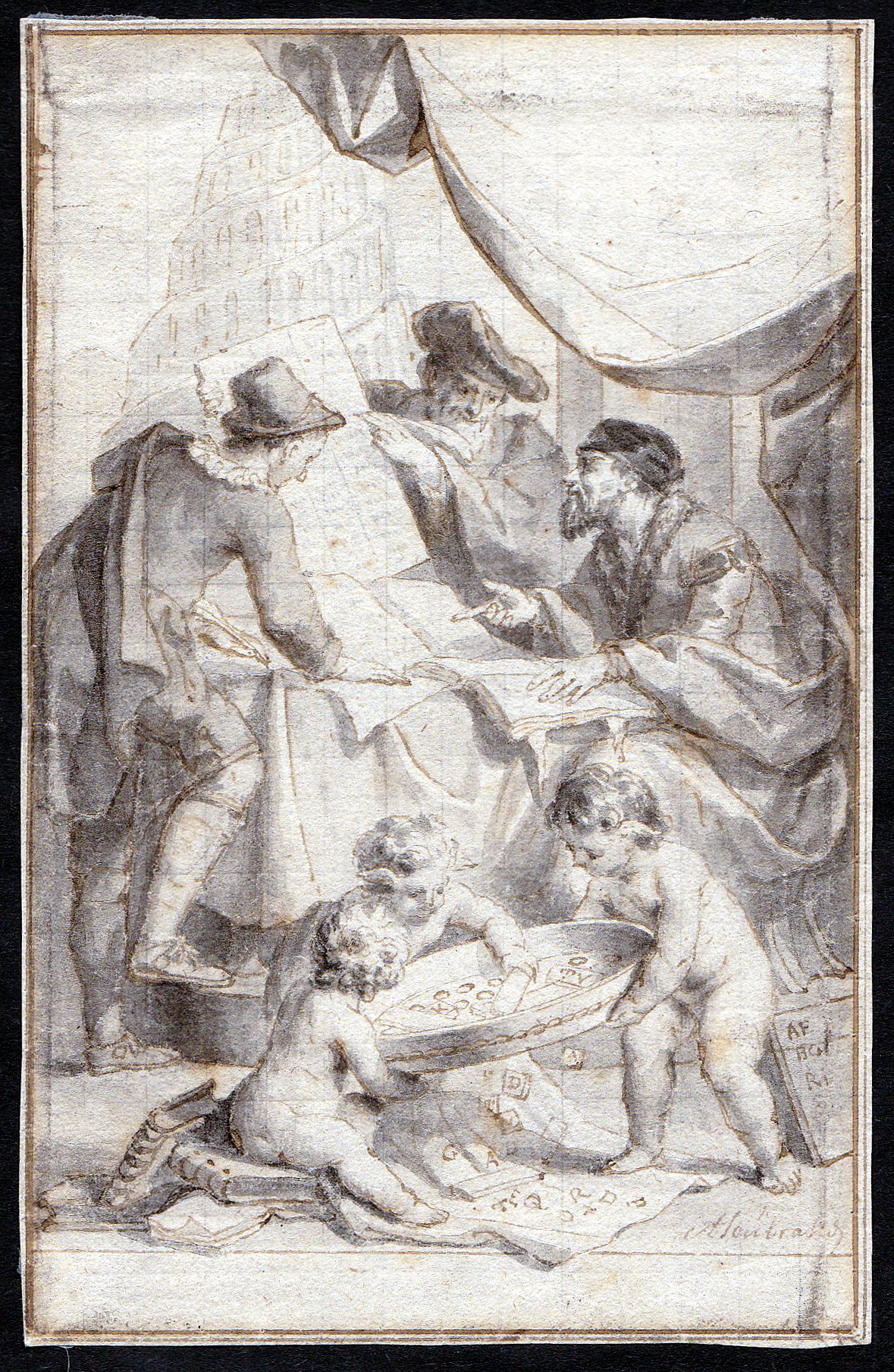