Napoleon as a tiger attacked by „patriotic greyhounds“, some of which he is crushing under foot. John Bull shooting at him from across the Channel, the Russian Bear and the Austrian Eagle proposing to each other that the time has now come to attack him, and a Dutch frog also proposes to have a slap at him. Refers to the first French defeats in Spain. 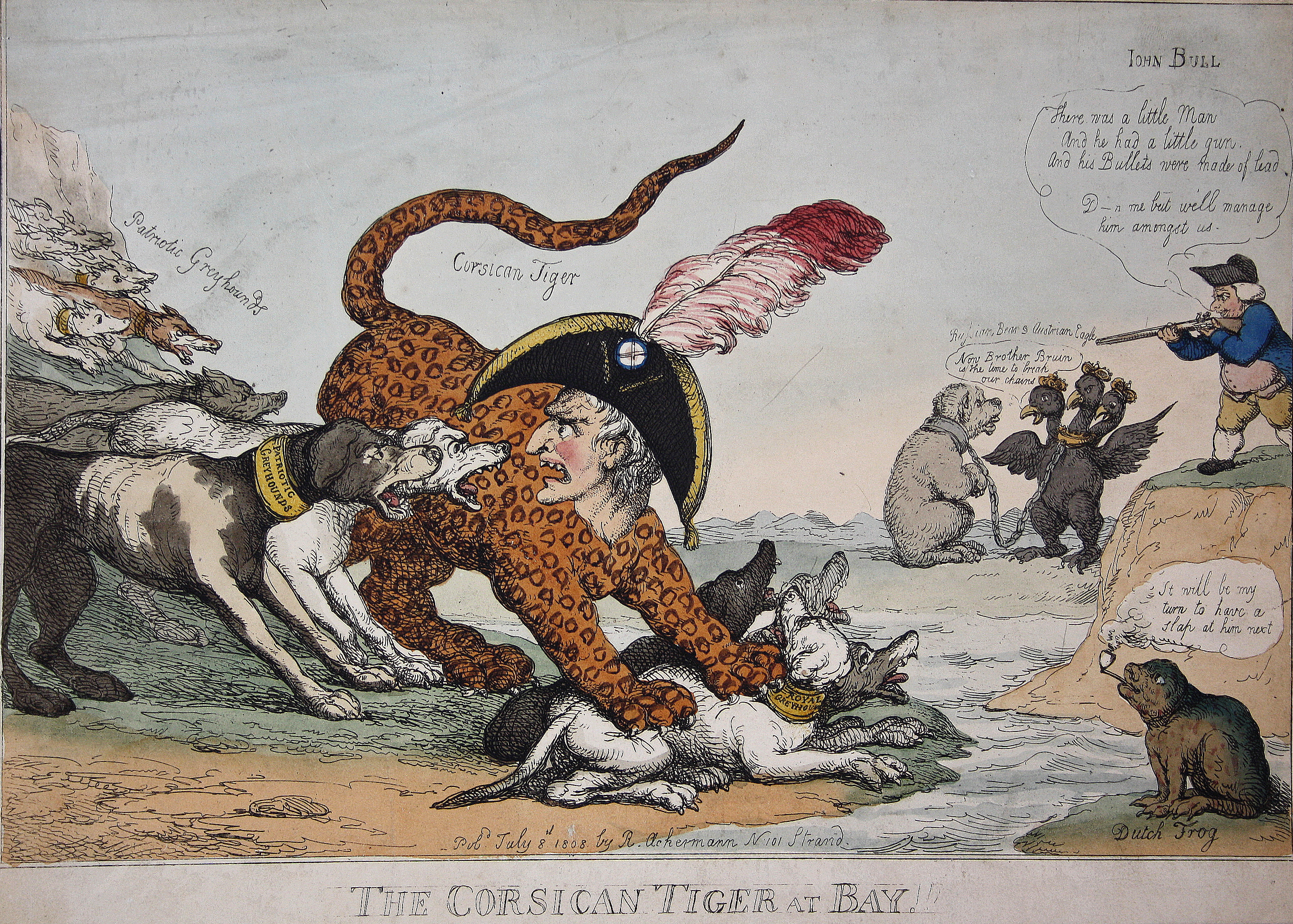