Size of boxes: each 55 x 84 mm; Preserved in a suitable, contemporary cardboard box.

The earliest form of scoring in card games was with the use of counters. The present collection consists of over 190 gaming counters made from bone and mother of pearl and 11 carved bone dices. At least the ornate mother of pearl counters were imported from the Far East. The numbered leather covered gilt cardboard boxes are of European origin. The gaming pieces represent fishes, round and several rectangular counters. One box contains red colored bone counters. A nice original 18th century set. 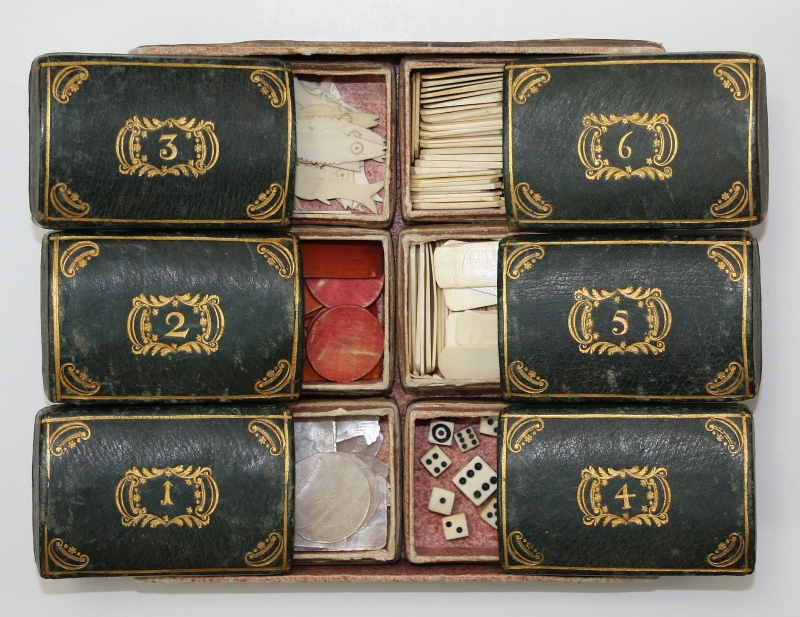