A very rare geographic game of the Franco-Spanish War (1635-1659). The game consists of 26 compartments, each labelled with a date between 1635 until the peace treaty of 1660. Each panel is divided in half: the left half details the progress made by the French in that year, and the right half details the progress made by the Spanish. On the right hand side of the board is a list of rules, outlining the various penalties or prizes for landing on certain compartments. It is a game for up to four players with two dice, and each player has to put up their stake before joining the game. The aim is to be the first to land on the final space of 1660 with an exact throw of the dice. Pierre du Val (1619-1683) was the nephew of the French geographer Nicolas Sanson. He was appointed geographer to the King. There exist several board games by him. 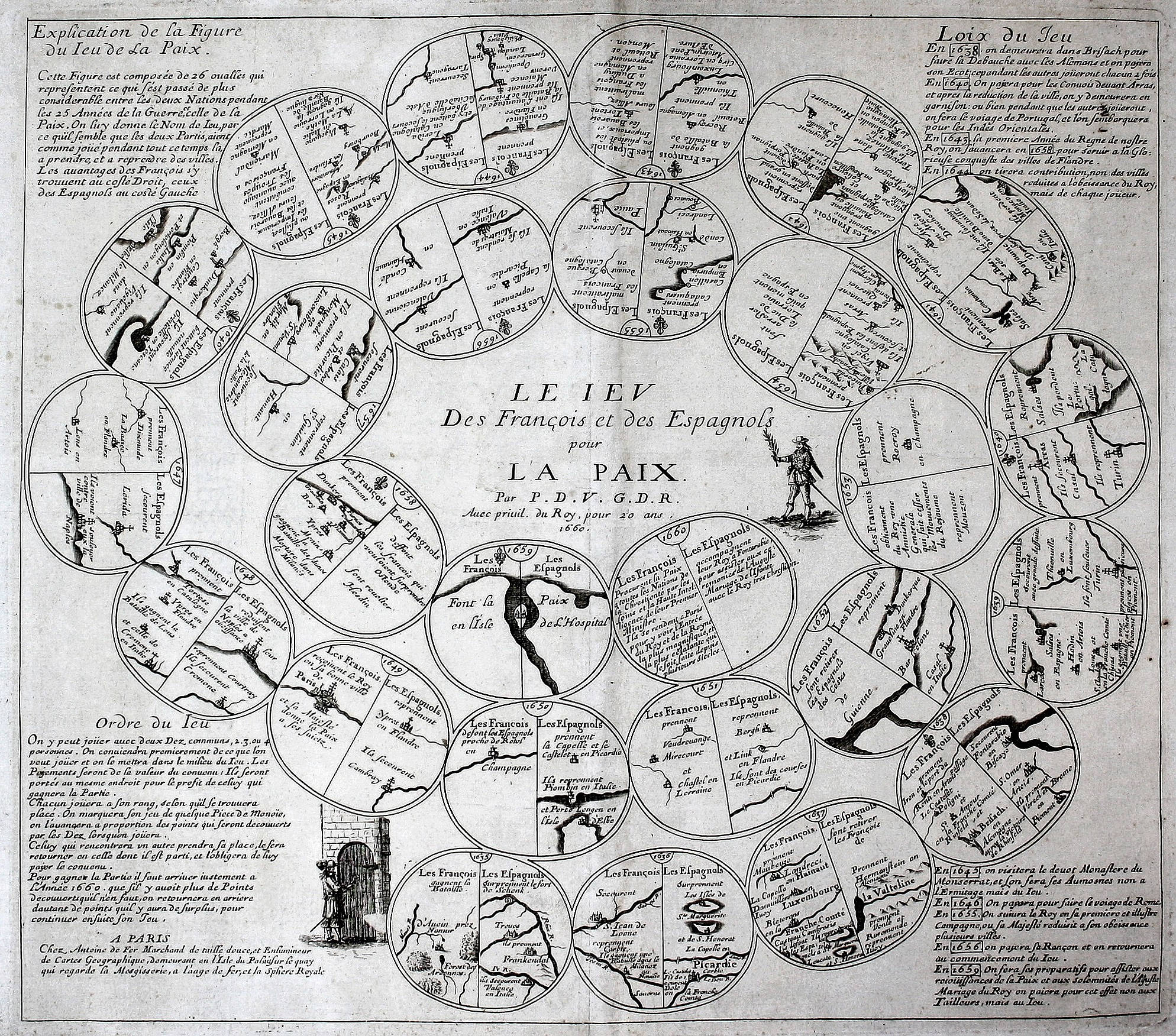