These famous playing cards were issued when Emperor Napoleon I returned to France after his brief exile on Elba. The deck commemorates his greatest battles, and the cards illustrate his troops and those of his enemies. Hearts depict the French, spades show English, Scottish and Irish troops. The Germans are diamonds and the Russian soldiers are clubs. The court cards have queens as female figures on the flags, the kings show Generals and their aids and the jacks portray single solders from their respective countries. The aces depict soldiers with cannon(s). The title card has the names of all the great victories from Ulm to Moscow on the pillar. 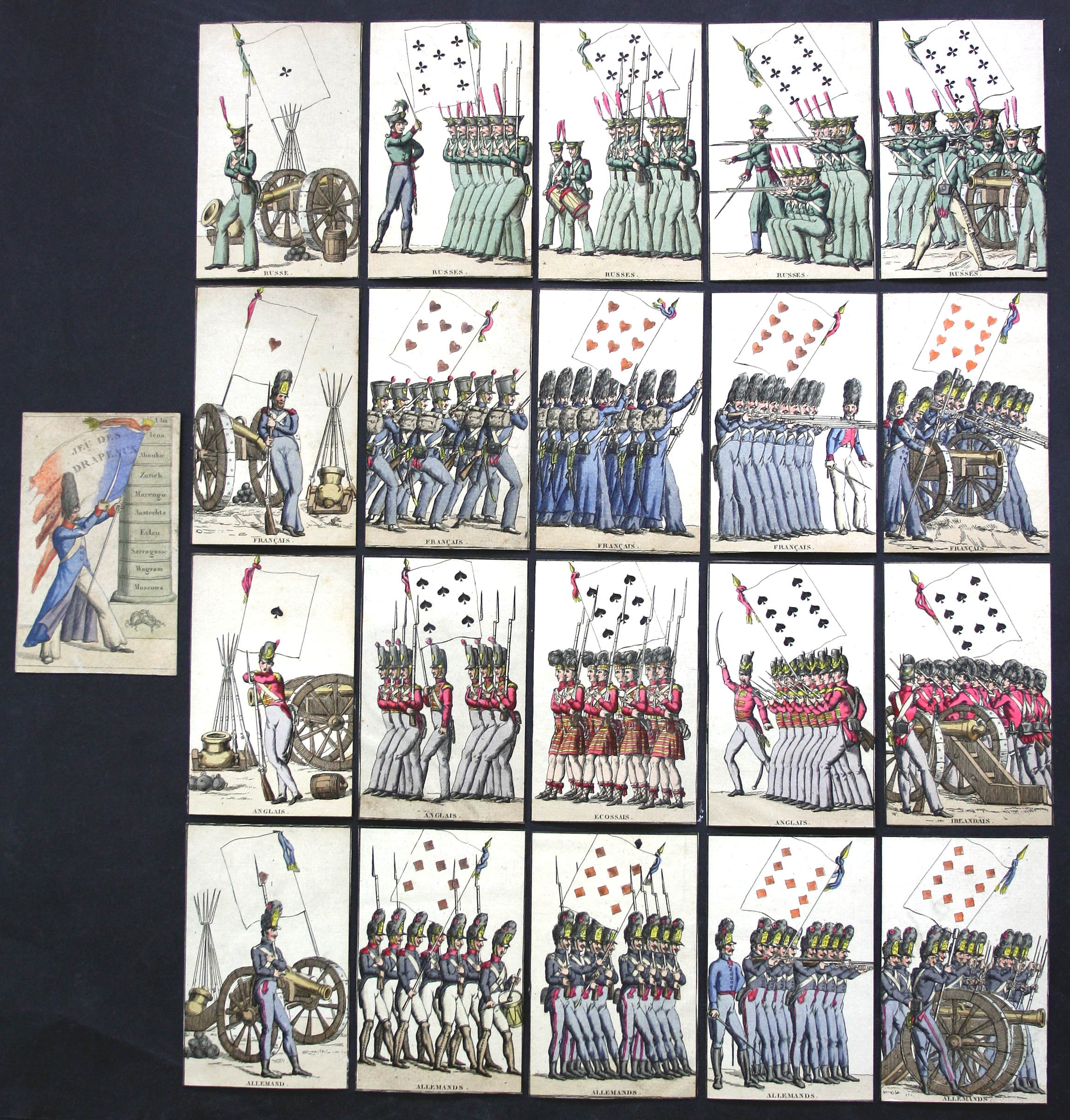