Startseite/Galerie, Gallery/Rare monograph on the flora of the Cape of Good Hope

Rare monograph on the flora of the Cape of Good Hope

FIRST EDITION of the first monograph on the genus oxalis. 98 species are described and illustrated, 83 of which are native to the Cape of Good Hope, discovered by Carl Peter Thunberg, the „father of South Africain botany“, during his three-year stay in South Africa and sent to the Schönbrunn Botanic Garden in Vienna.

The present work is the only publication listed in Nissen for Oxalis, and thus is significant for the history of botany. The text describes each part of every plant in minute detail.

Nikolaus Joseph von Jacquin was the leading botanist of his day. He was appointed professor of botany and chemistry at the University of Vienna in 1763. In addition to his professorship, he was also the director of the Botanic Gardens. For his services and contributions to botany, he was knighted in 1774 and became a baron in 1806. He has been described as ‚the Austrian Linnaeus‘.

„Jacquin was the most important of the younger contemporaries of Linnaeus. He was the first writer in German to utilize to any large extent Linnaeus‘ system of binary nomenclature, and was foremost in his time with respect to the number of new species described precisely and in a consistent way. His descriptions are still valid today“ and his „monumental floral works, containing colored illustrations by himself and by other artists using his models, are among the most beautiful of their kind“ (DSB).

All plates with the old, unobtrusive blindstamp of the „Birmingham Free Library“ – a fine, wide-margined copy. 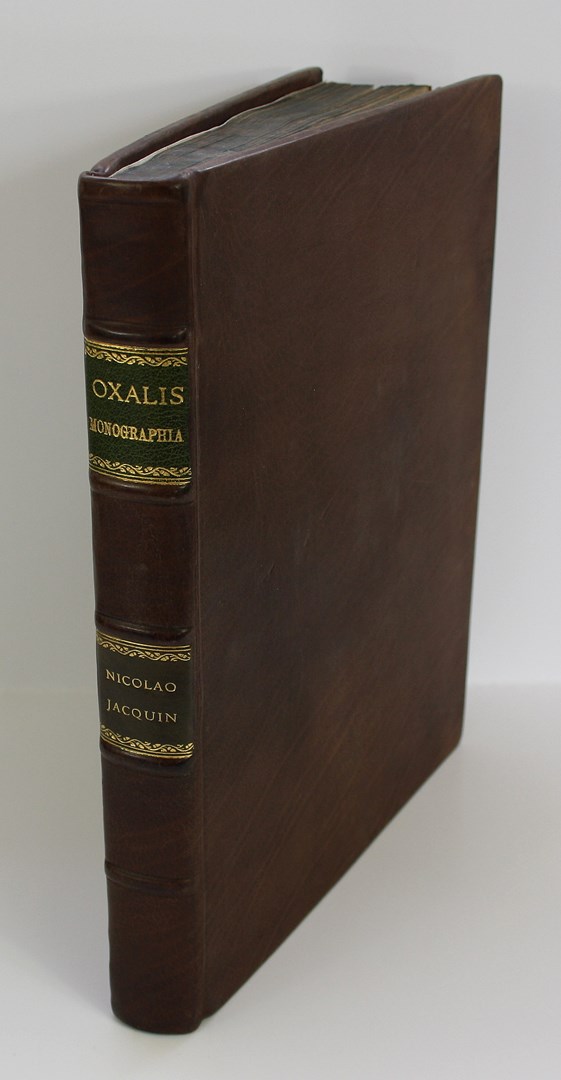 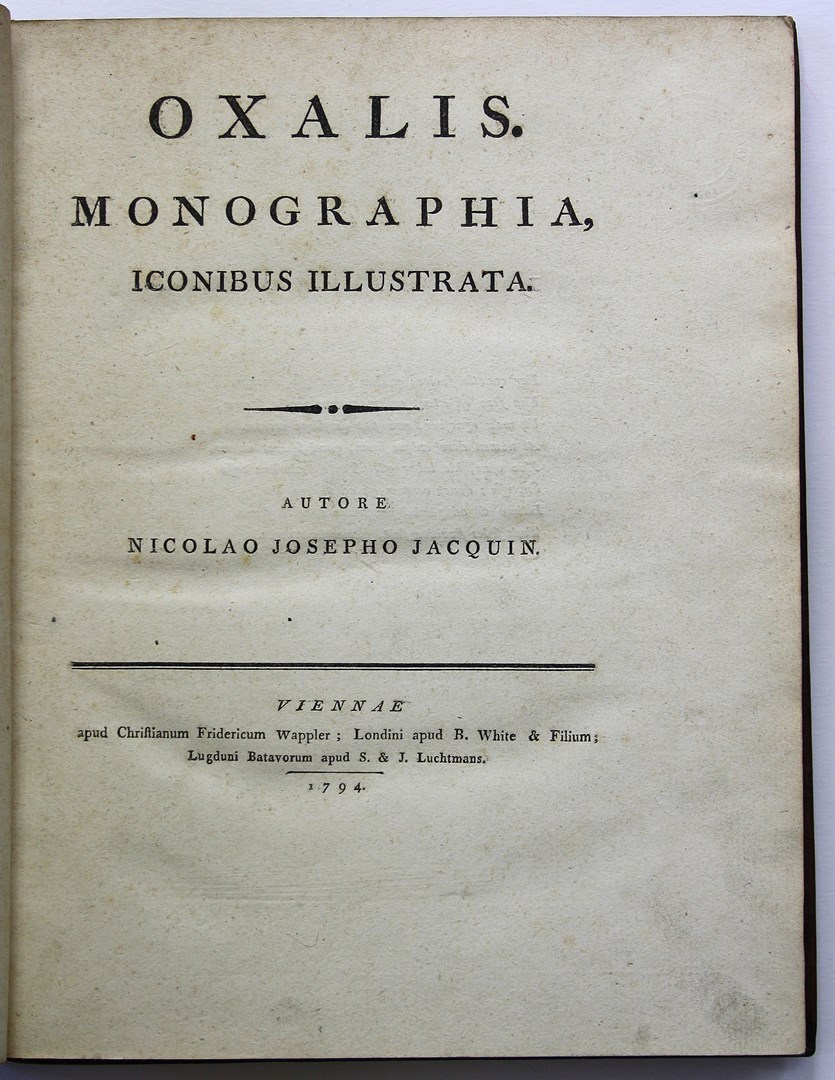 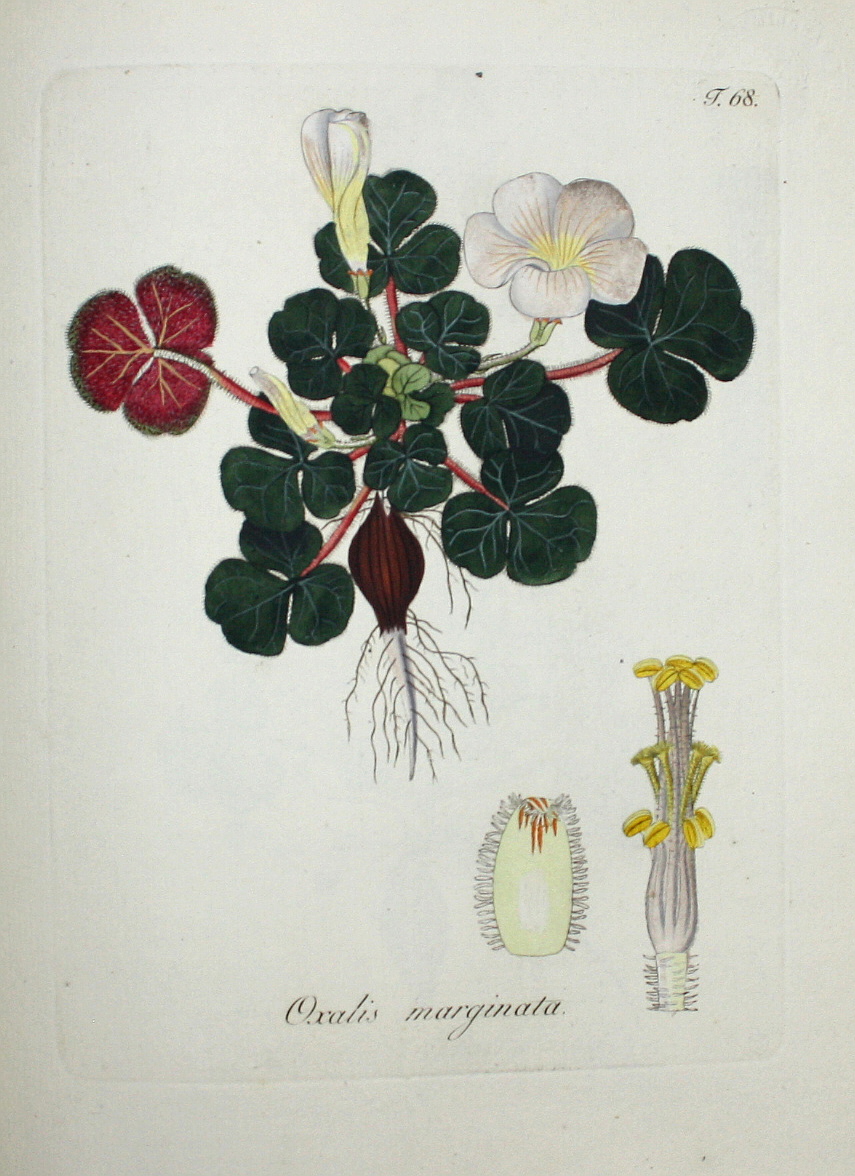 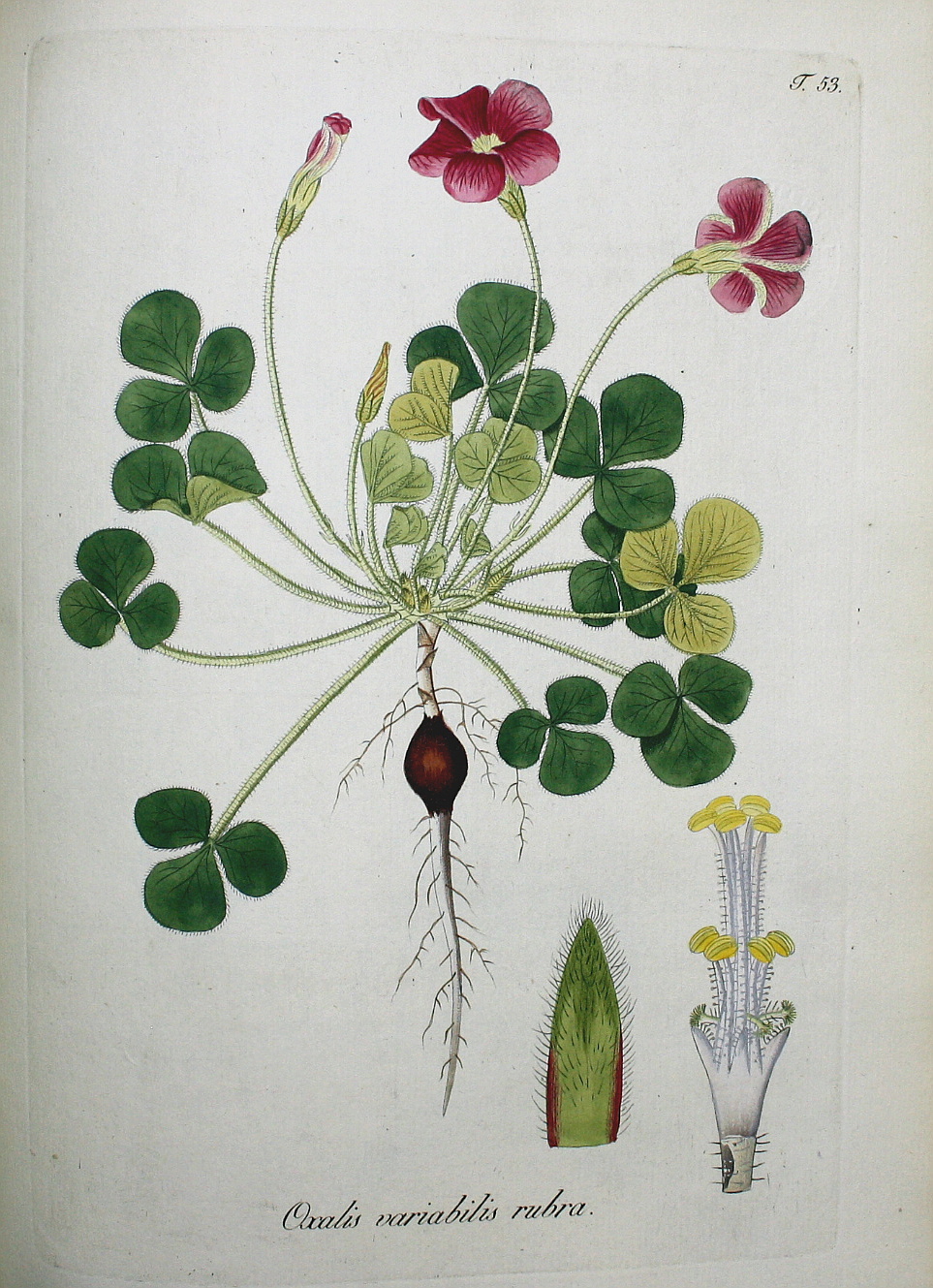 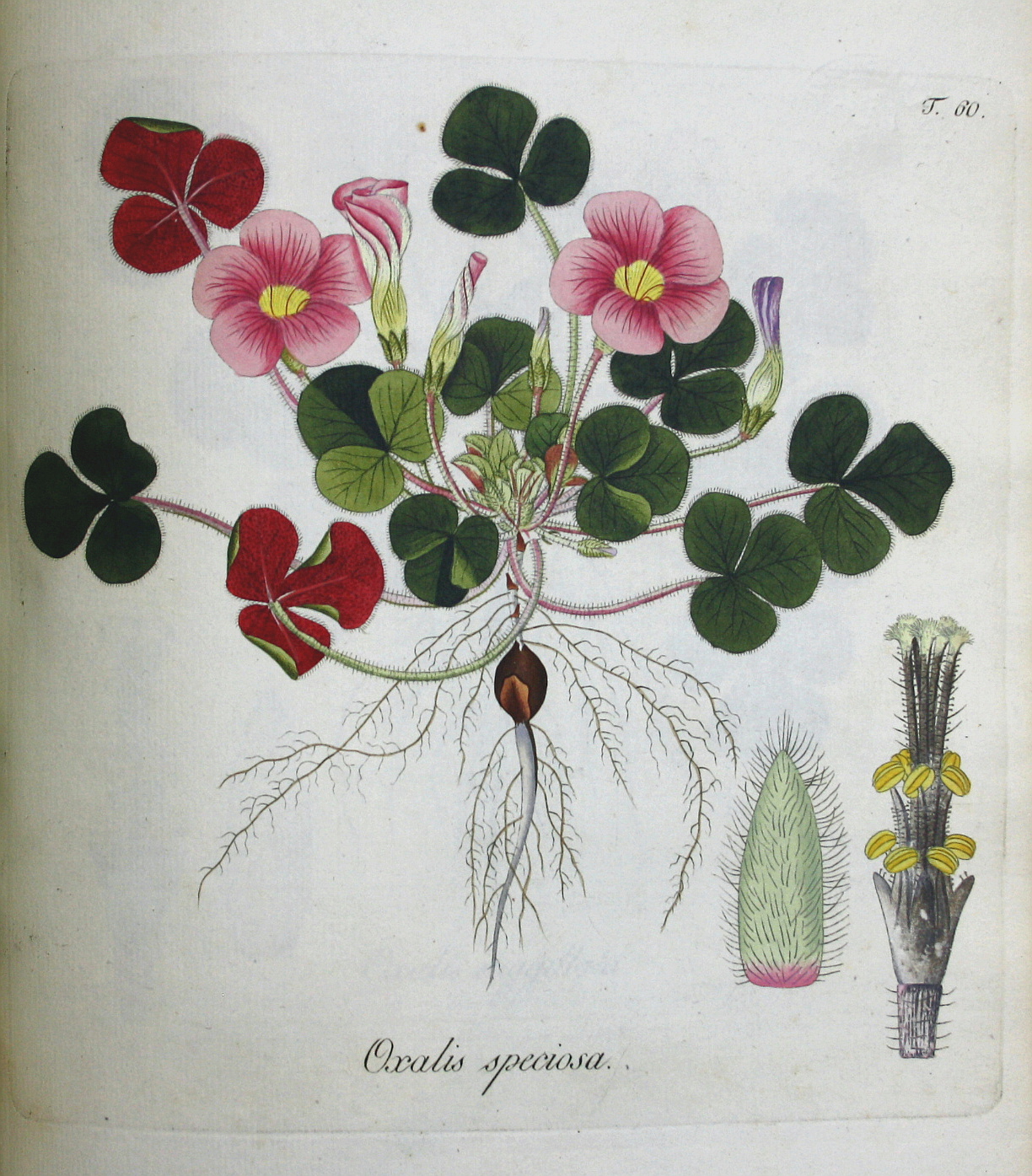 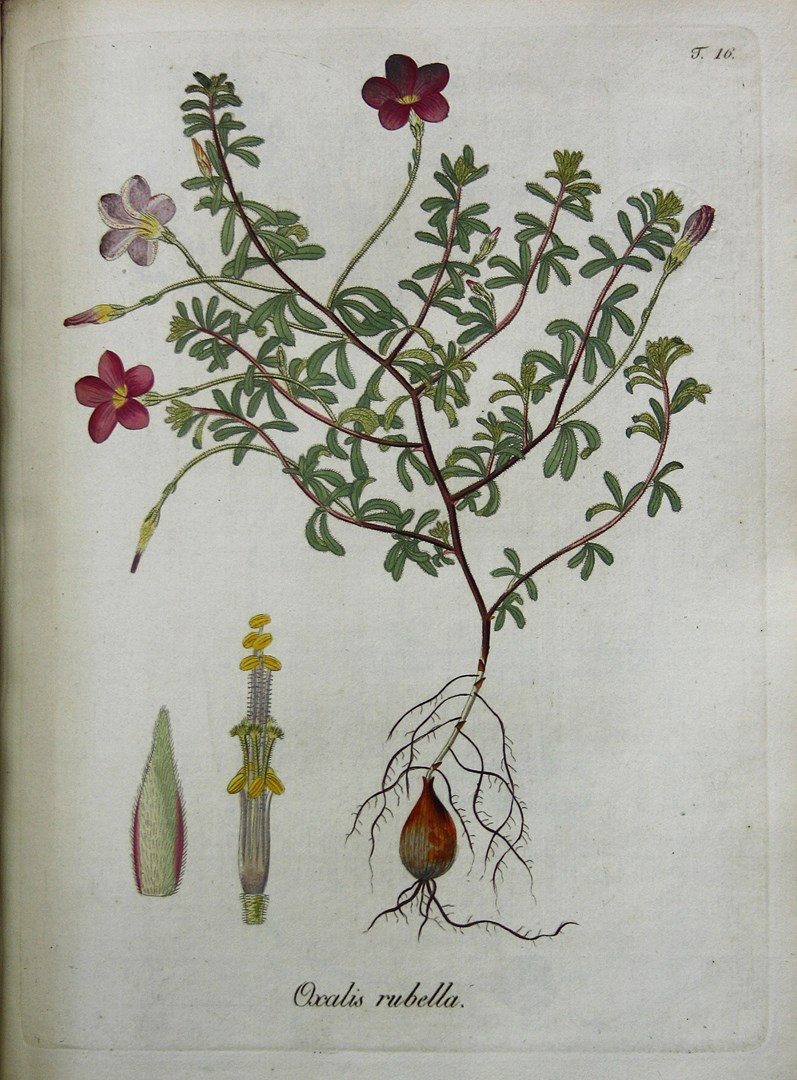 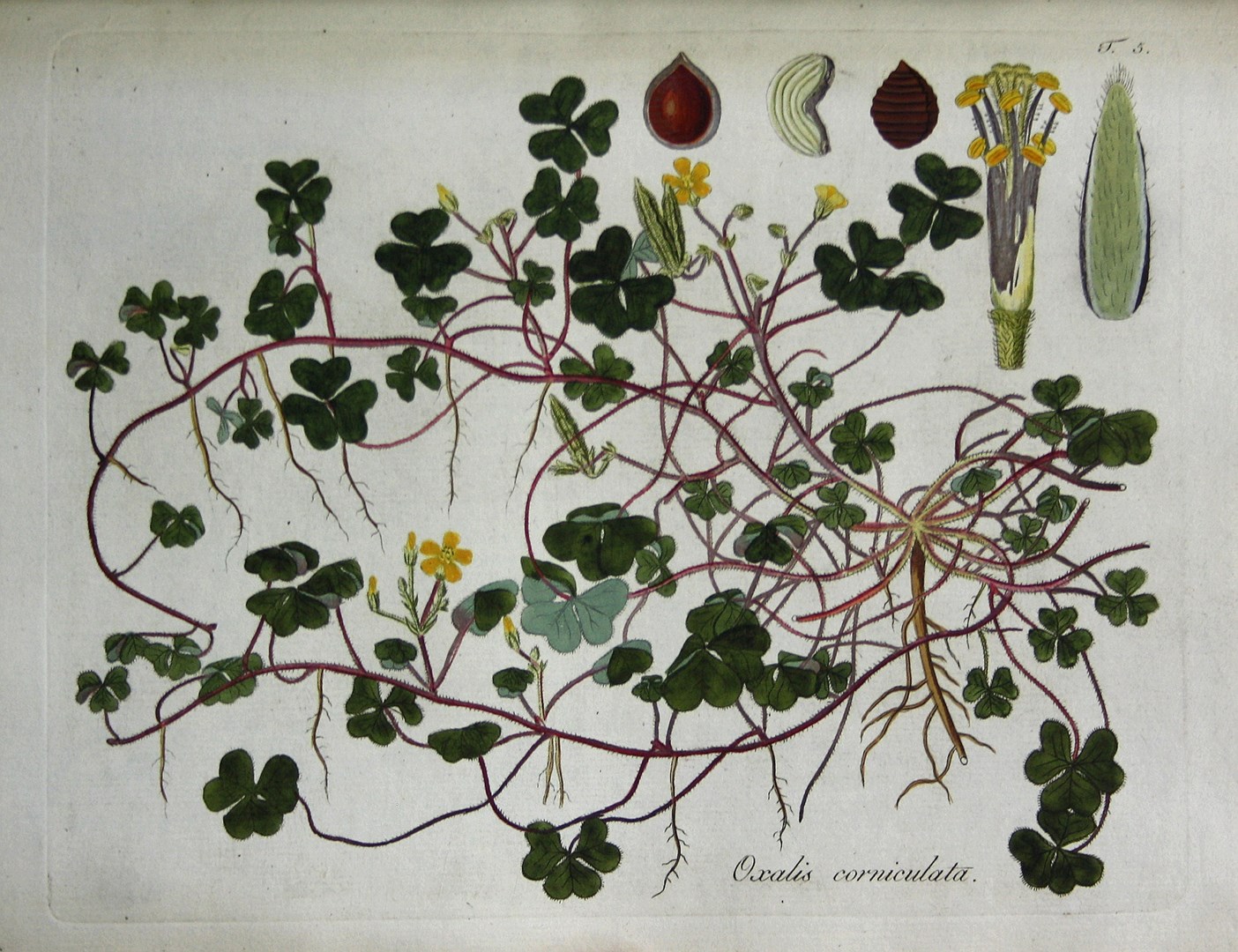 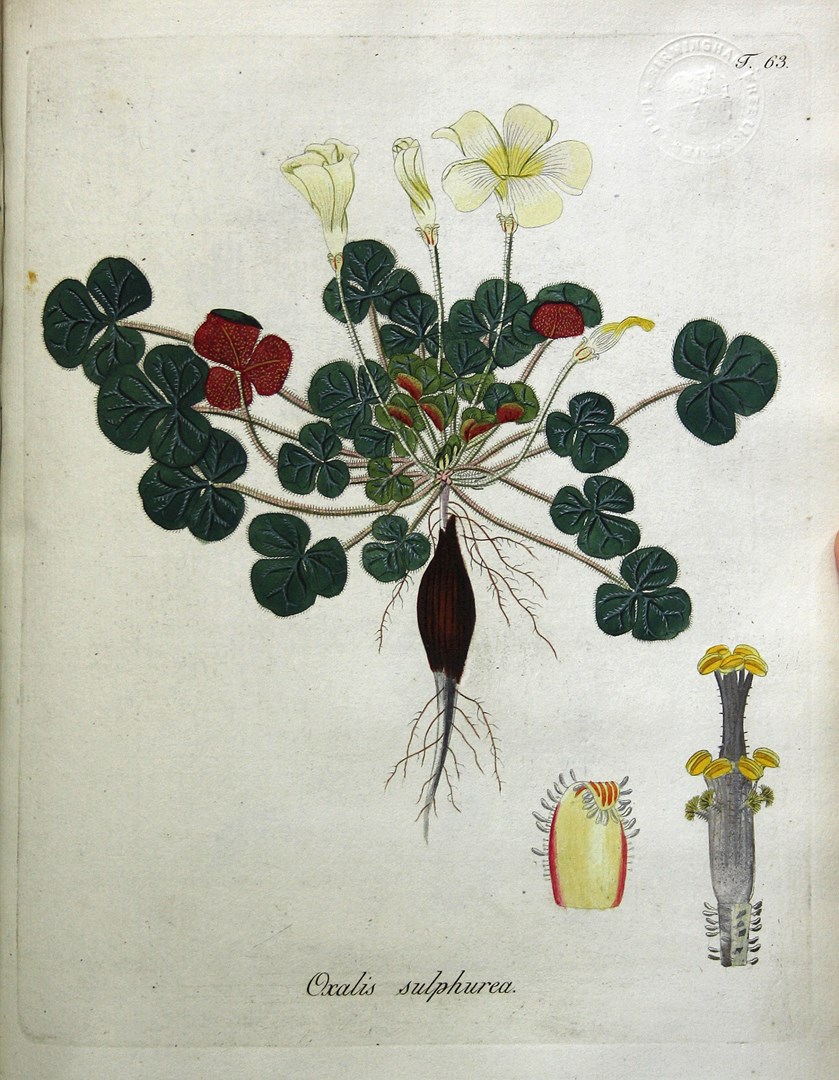 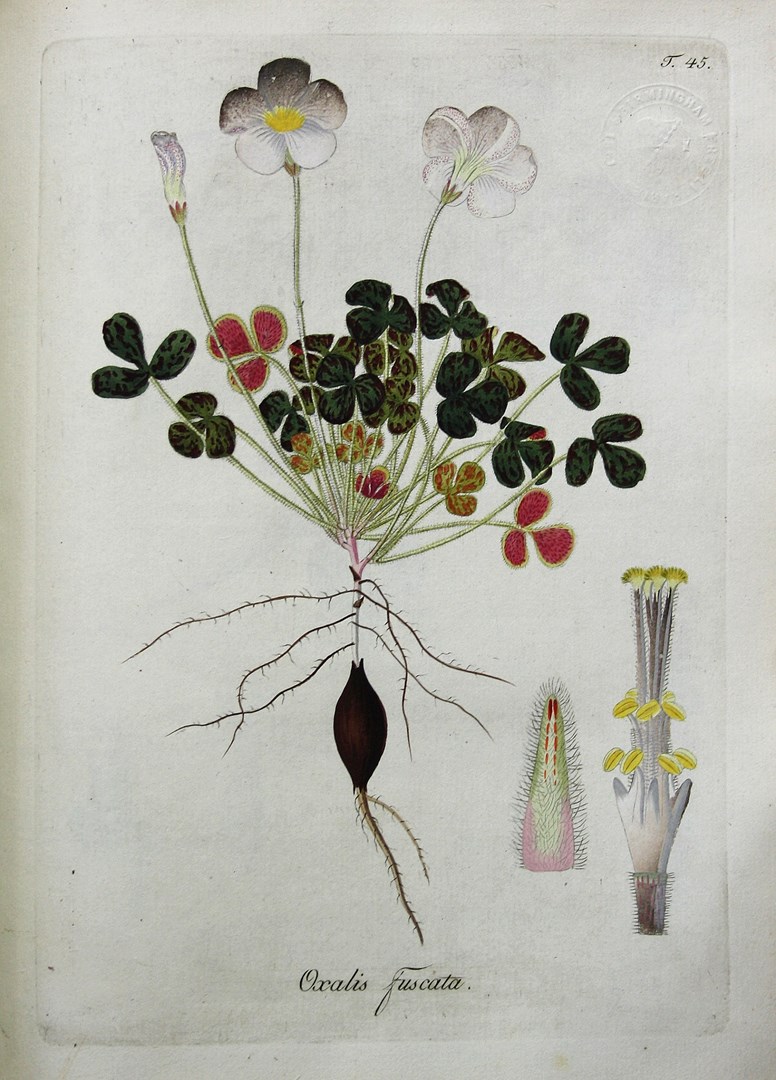