Stage design with stairs and colonnades.

Giuseppe Galli da Bibiena was a Baroque stage designer, draftsman, architect, theater engineer and painter. He came from the Galli da Bibiena family of artists. His father Ferdinando, his uncle Francesco, his brothers Antonio and Alessandro and his son Carlo worked in Germany, Austria and Italy as architects, outfitters and stage designers. Giuseppe Galli da Bibiena designed many decorations for funerals and weddings, planned theater machines, staged celebrations and theatrical performances, built theaters and designed decorations for aristocratic palaces. He learned from his father and then went with him and his brother Alessandro to Barcelona to the court of the future Charles VI. and followed him in 1712 to Vienna. After the death of Charles VI., he became director of architecture at the Accademia Clementina in Bologna. At the same time he worked in Vienna as the first court theatre engineer and court architect. From 1753 he was firmly committed by Friedrich II in Berlin, where he worked until his death as a court architect. One of his students was the painter and set designer Carl Friedrich Fechhelm. – rubbed with some loss 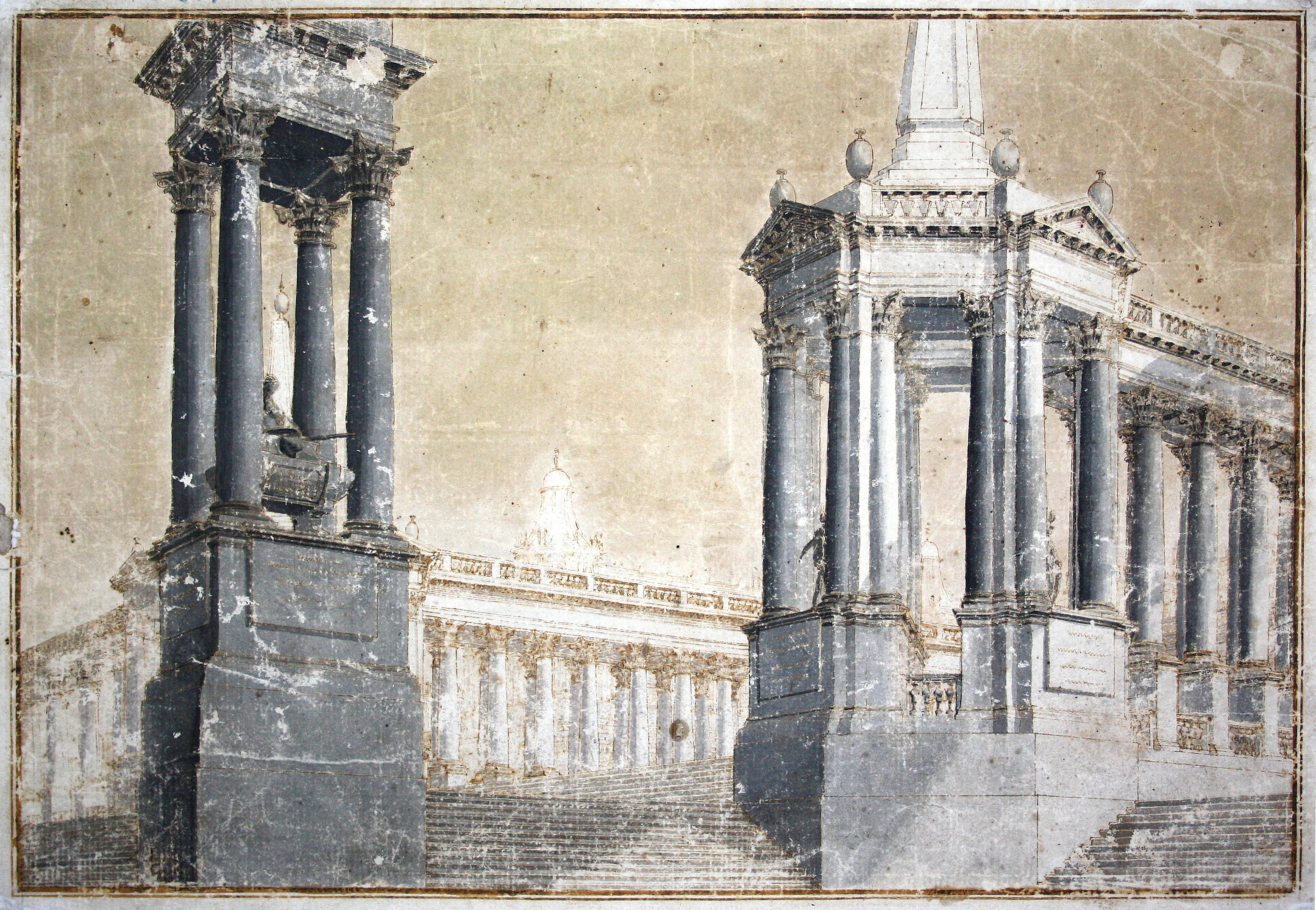