Previously unknown and unpublished children’s book manuscript by the well-known writer and illustrator Rotraut Hinderks-Kutscher. This very interesting and unusual manuscript is designed entirely in geometric shapes without text. The story centers around a boy who takes a trip on his wooden horse on wheels and is finally welcomed back home by his mother. According to its title, Malbuch, the book was originally intended to be a coloring book. The publishing house Otto Maier in Ravensburg is specified on the title page, indicating the book to be a commissioned work this publisher.

Rotraut Hinderks-Kutscher (1908-1986) was a German author and illustrator of children books. She was the daughter of the literature professor Artur Kutscher (1878-1960). From an early age she began to write and illustrate her own youth narratives. At the age of 14, she had already attended the graphic arts school in Munich and in 1926 she received a gifted scholarship for the Academy of Fine Arts. From 1928, she was a pupil of Emil Preetorius (1883-1973). Hinderks-Kutscher published her first illustrations in Karl Hobreckers children’s book Das Reisegepäck in 1929. In 1931 she released her first own children’s book Katei und Matei reisen in die Stadt at Otto Maier in Ravensburg, also using geometrical figures for her illustrations. Hinderks-Kutscher illustrated and wrote many children’s and youth books. Her Mozart book Donnerblitzbub Wolfgang Amadeus experienced numerous editions. – The 8 pictures were originally drawn in pairs on four sheets, the first two sheets were cut, leaving the first 4 pictures seperately. 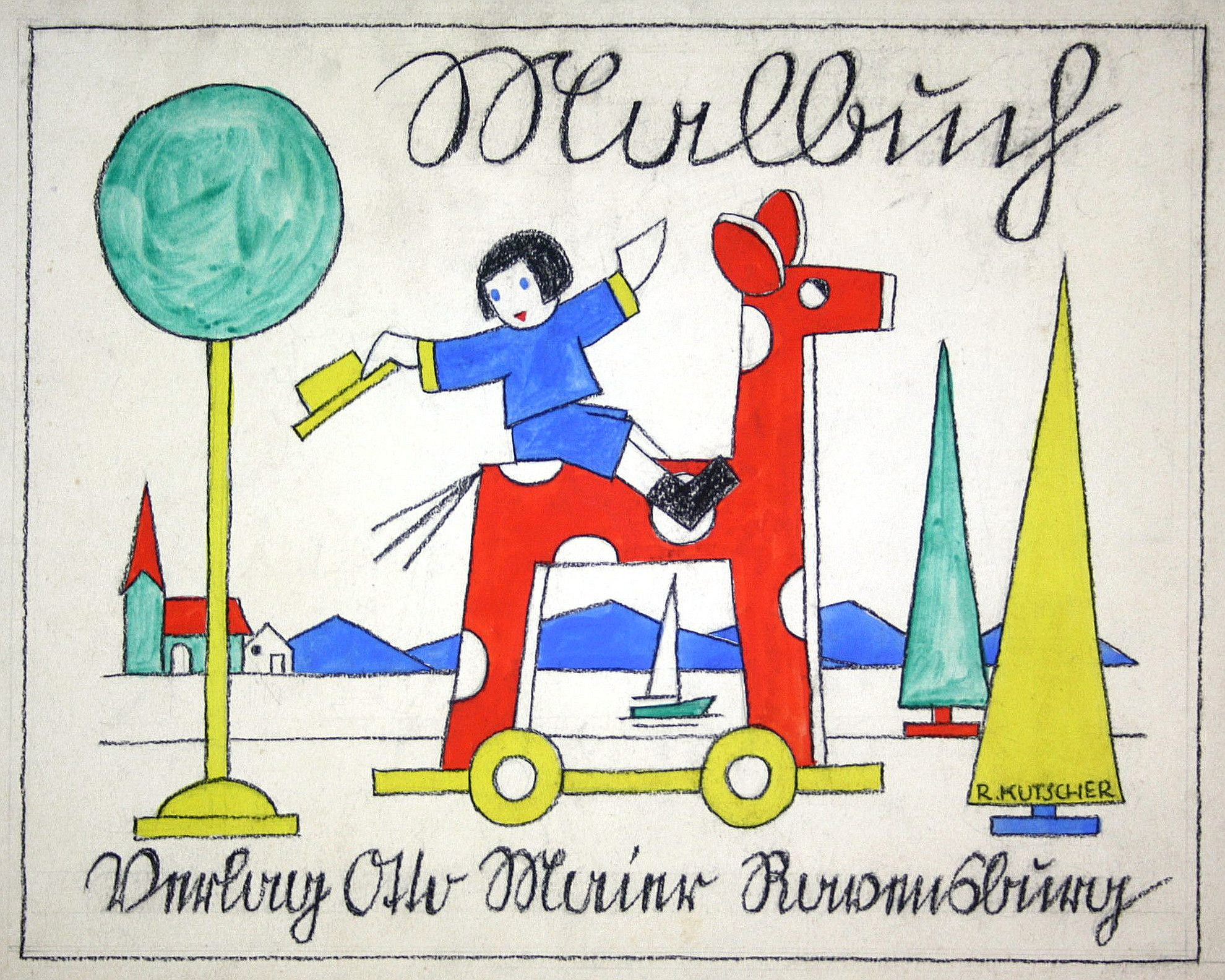 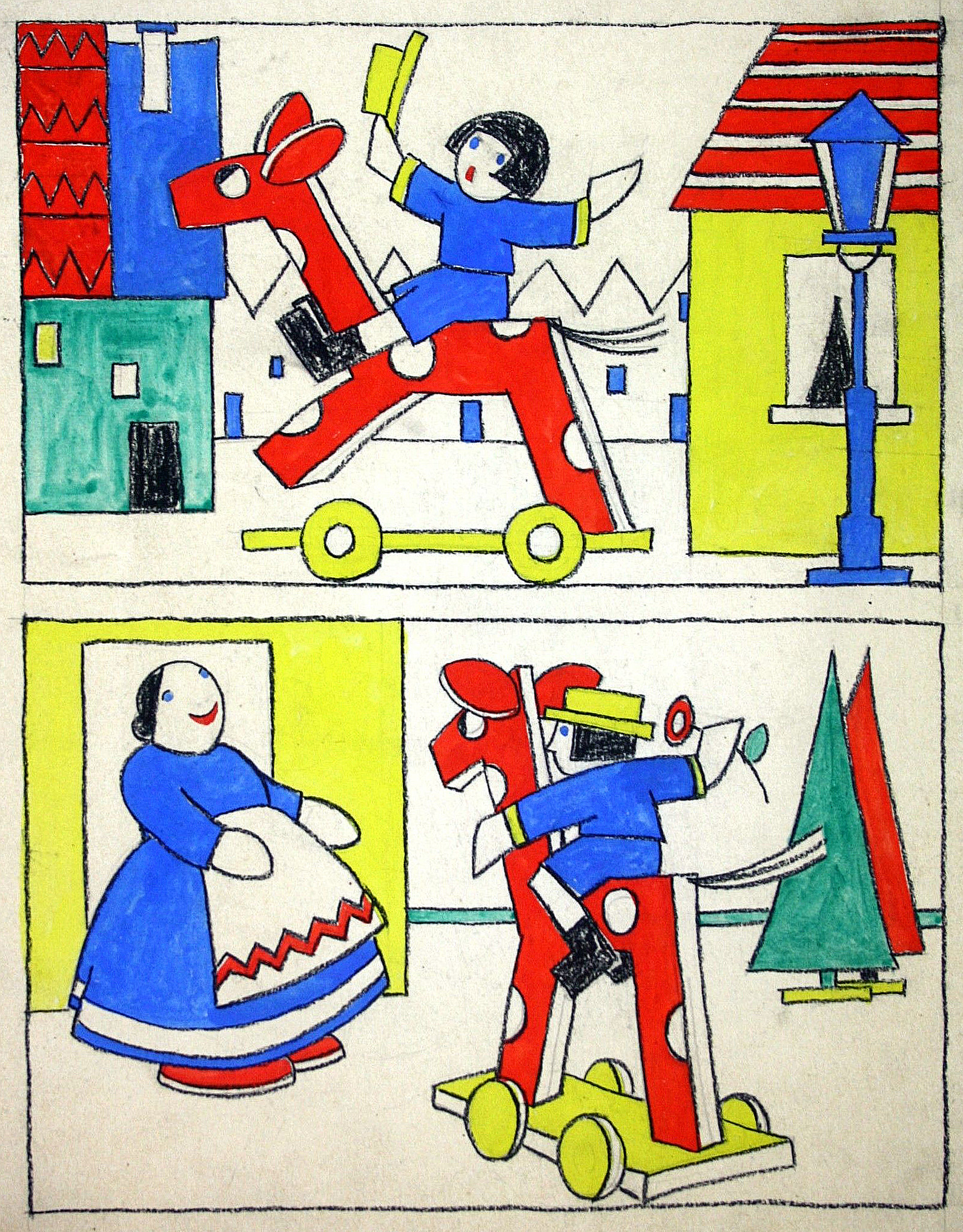 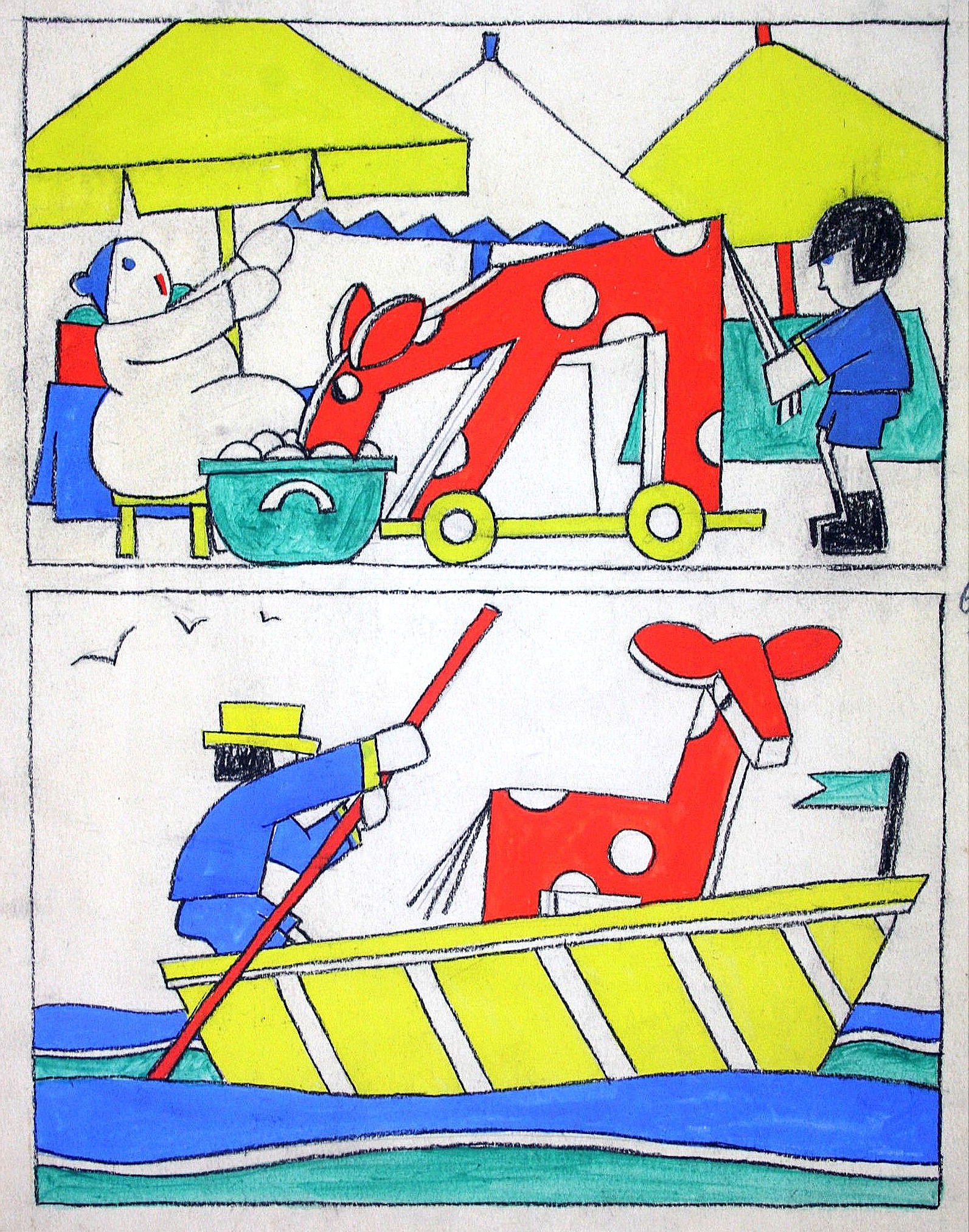