National Debt of the United States

Exceptional design for an unpublished German propaganda poster from the WWI era, thematizing the high national debt of the United States before the First World War. The cartoon depicts Unclo Sam tied to a mast, standing on a thick bag with British pounds while vultures wait for his death. The multiple patched ensign on the mast is a mixture of the American and the British flag. The United States Declaration of Independence lies torn on the ground and the whole sad scene is witnessed by George Washington and Benjamin Franklin from the heavens.

Eugen von Baumgarten (1865-1919) was a German painter, illustrator, caricaturist and commercial artist. His drawings have been published in several magazines, including Jugend. From 1916 to 1918 he drew numerous political cartoons. He preferred to paint the Bavarian milieu, Hofbräuhaus types, picture stories, current and political caricatures. He also designed posters, advertisements and postcards for Munich breweries. He was the cousin of Eugen Roth (1895-1976) and provided promotional graphics for his Oktoberfest newspapers. Numerous postcards and posters are known by him. He also ran a small self-publishing house. 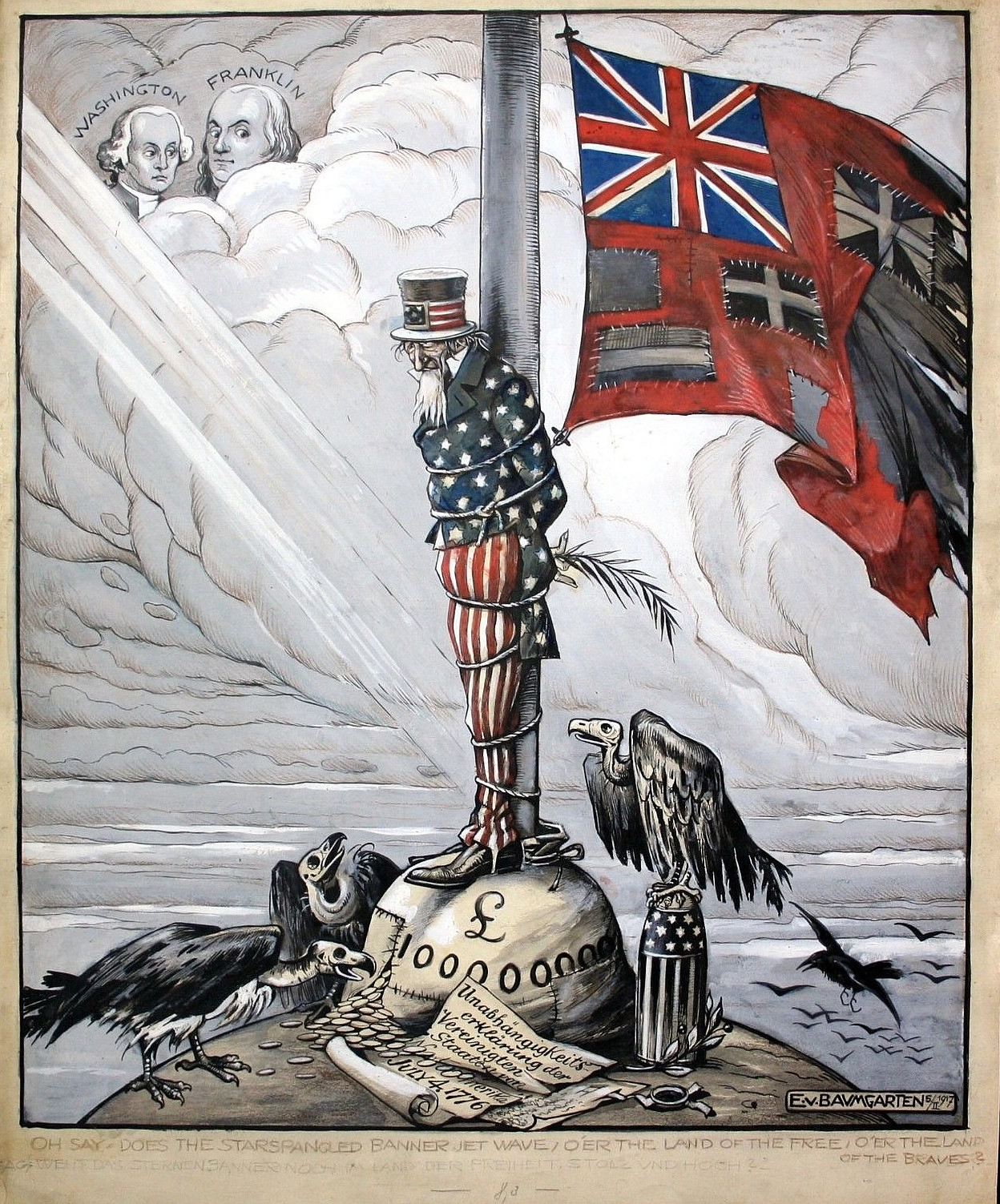