The Roman binding was made by Niccolo Franzese, active in Rome from 1527 until his death in 1570 or 1571. His real name was Nicolas Fery and he was born in Rheims. Niccolo Franzese was one of the most prominent and innovative Roman binders of his era. He was appointed the first binder to the Vatican Library in 1556 and is most known today for his work for the celebrated Grimaldi library distinguished by their Apollo and Pegasus medallions. „Niccolo was the most successful Roman binder of mid-sixteenth century… He was a major innovator“ (Anthony Hobson)

The inner panel decoration has large similarities to Franzese’s binding for the 1553 Ruscelli edition (Sotheby’s 12/10/2010, lot 330 – sold for nearly EUR 20.000,-). Some other bindings with identical floral tools are preserved in the Bibliotheca Nazionale Braidense (L.P.25) and the British Library (c66c22 and c69a11). Two Apollo and Pegasus bindings bear some of the same tools (Hobson, 1974, n°97 and Fürstenberg 90). The border design is used on a binding in the British Library (Davis835) as well on a binding for Cardinal Ippolito II. d’Este in the former library of Hans Fürstenberg (Fürstenberg 11), which also bears the same corner tools. – Skillfully restored, marginal dark spot on the first 120 pages (not affecting the text) 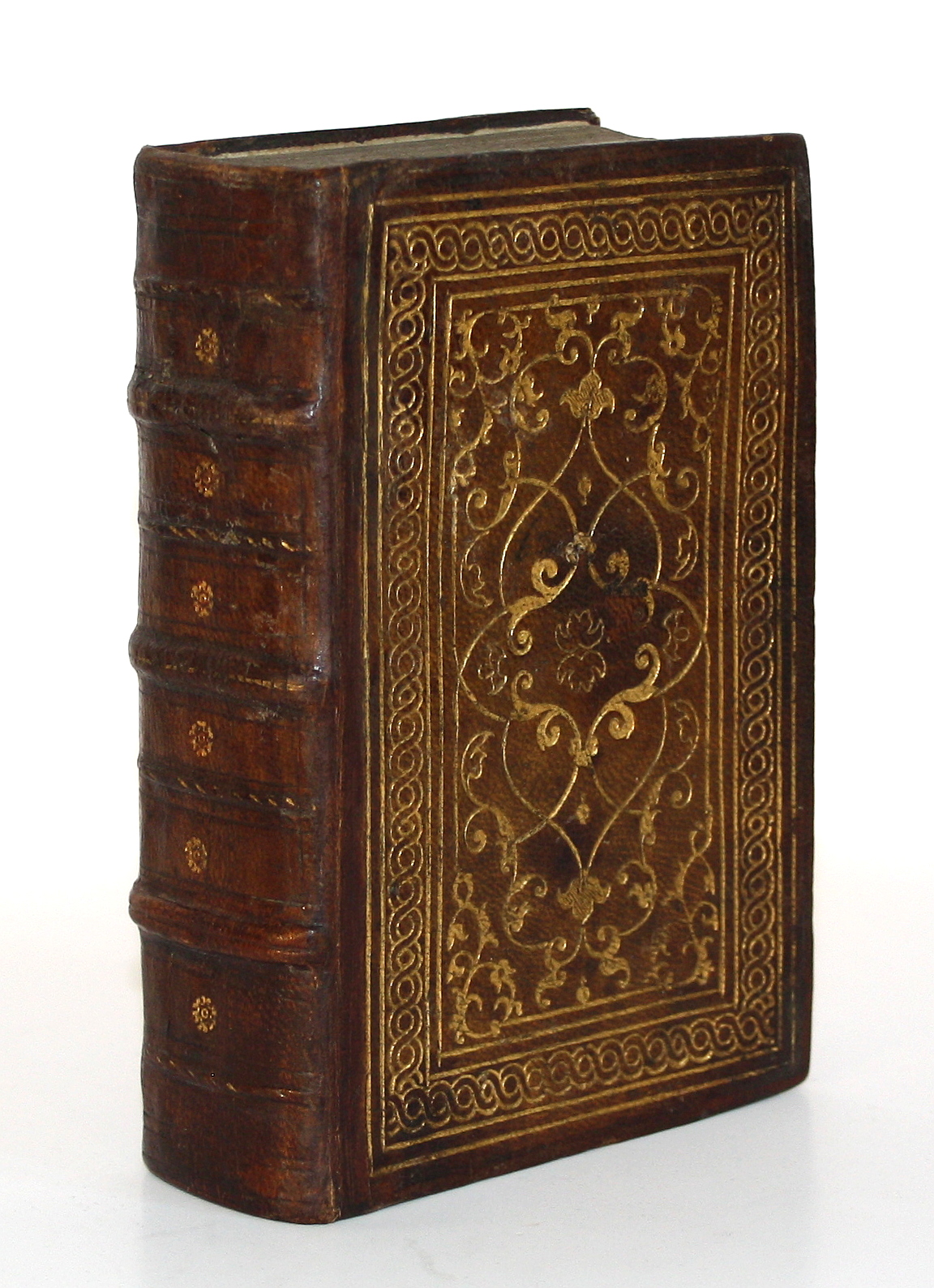