Very rare costume engravings by the Augsburg master Martin Engelbrecht (1684-1756) from his series Theatre de la Milice etrangere: Schaubühne verschiedener in Teutschland bisher unbekannt gewesener Soldaten von ausländischen Nationen. Some 150 plates were published in this series, usually appearing seperately. OCLC lists only one three bound copies, two of them lacking the engraved title. The present collection contains Slavonian Pandurs from Croatia (15), Serbia (2), Hungary (2) and Romania (2). The Pandurs were a light infantry unit of the Habsburg Monarchy, raised by Baron Franz von der Trenck (1711-1749). They came largely from the Kingdom of Slavonia and Slavonian Military Frontier, and were notorious for their audacity and savagery. The Pandurs did not use uniforms and had an overall Ottoman appearance. The original organization of the unitwas retained until 1745, when it was transformed into a Pandur regiment following Trenck’s petition to the empress Maria Theresa of Austria (1717-1780). – The collection comprises the following numbers of the series: 8, 18, 19, 20, 21, 29, 40, 43, 44, 48, 49, 52, 59, 74, 98, 106, 113, 128, 129, 130 and 138. – Very good condition. 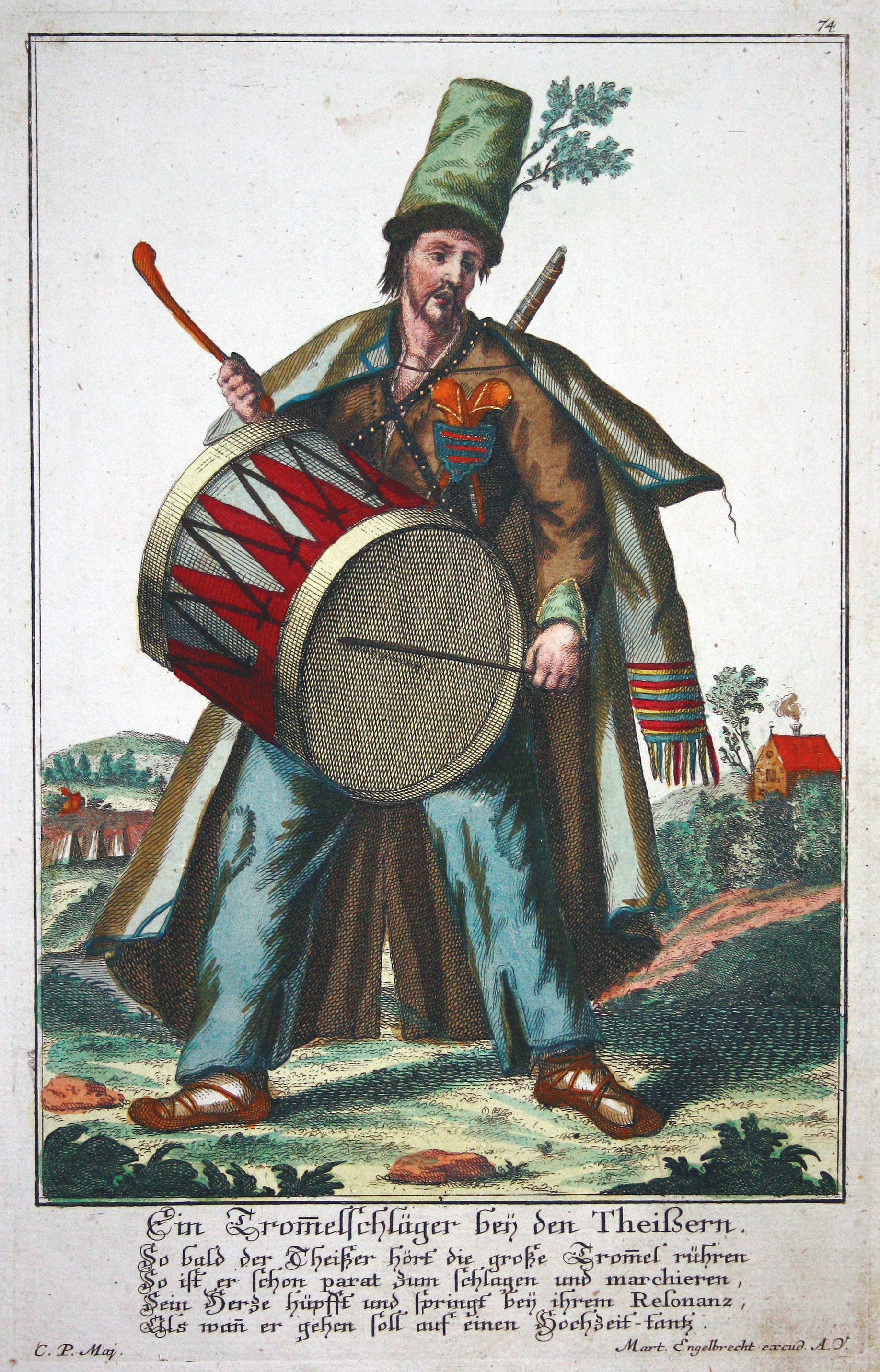 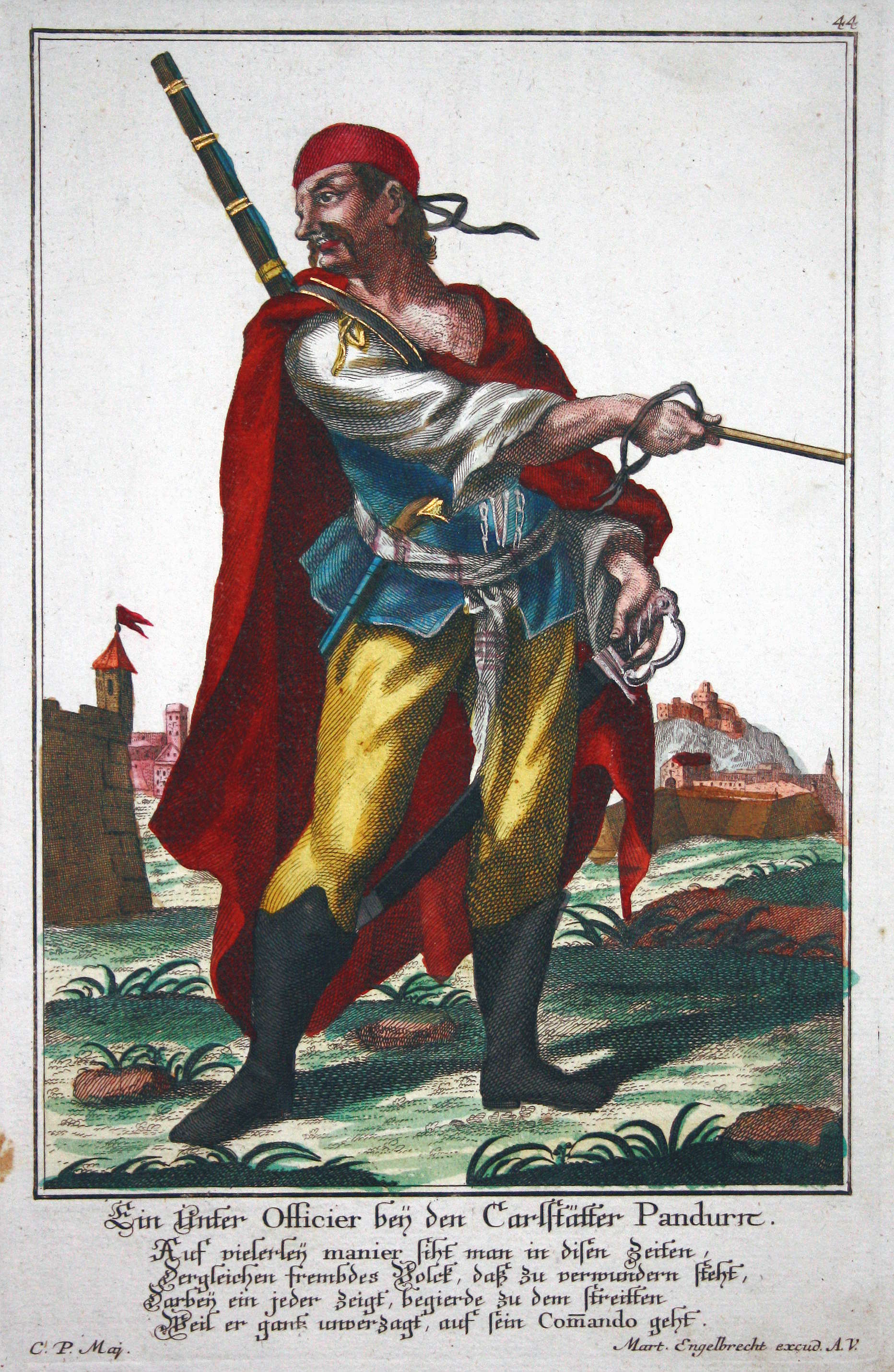 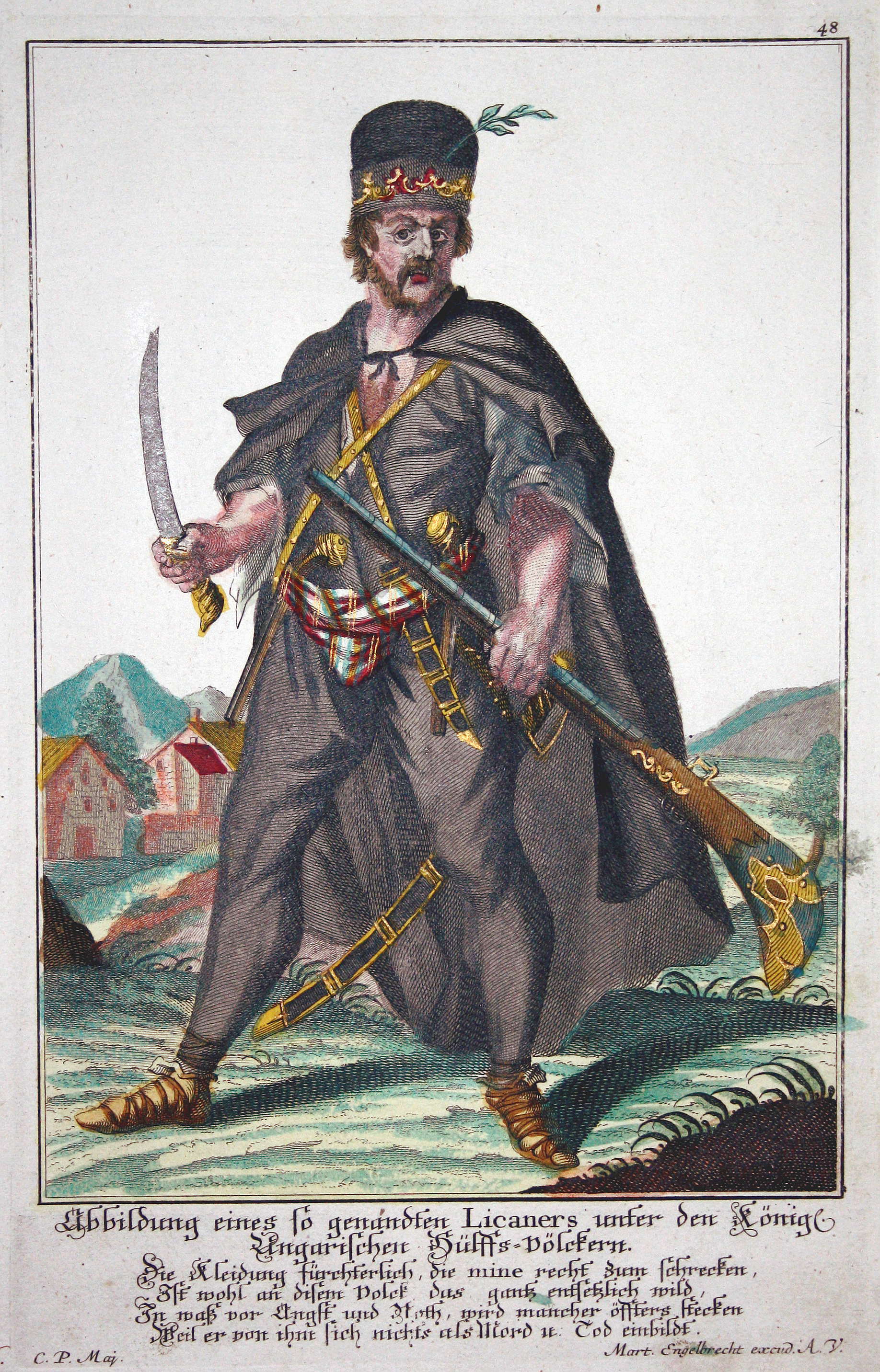 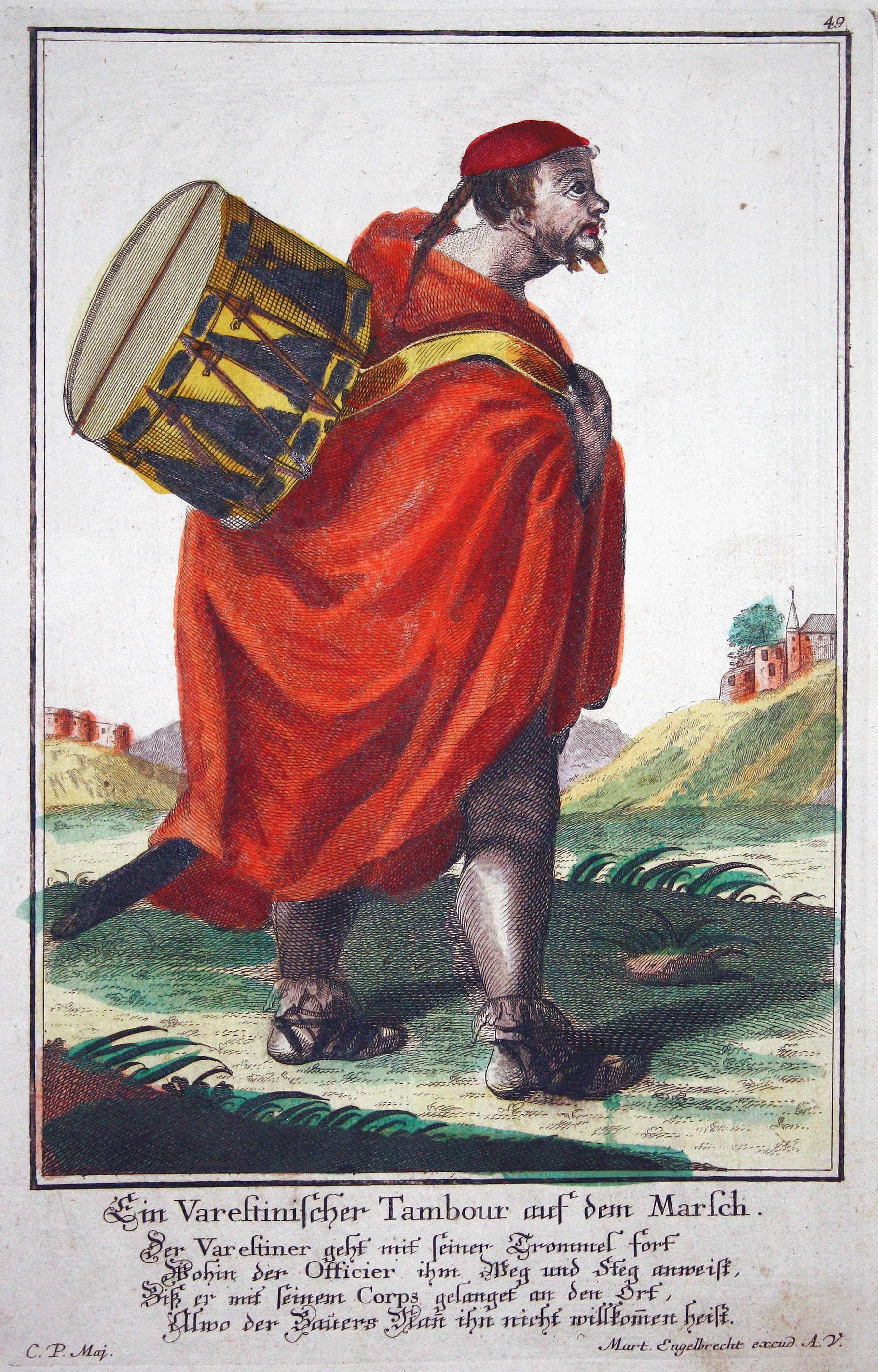 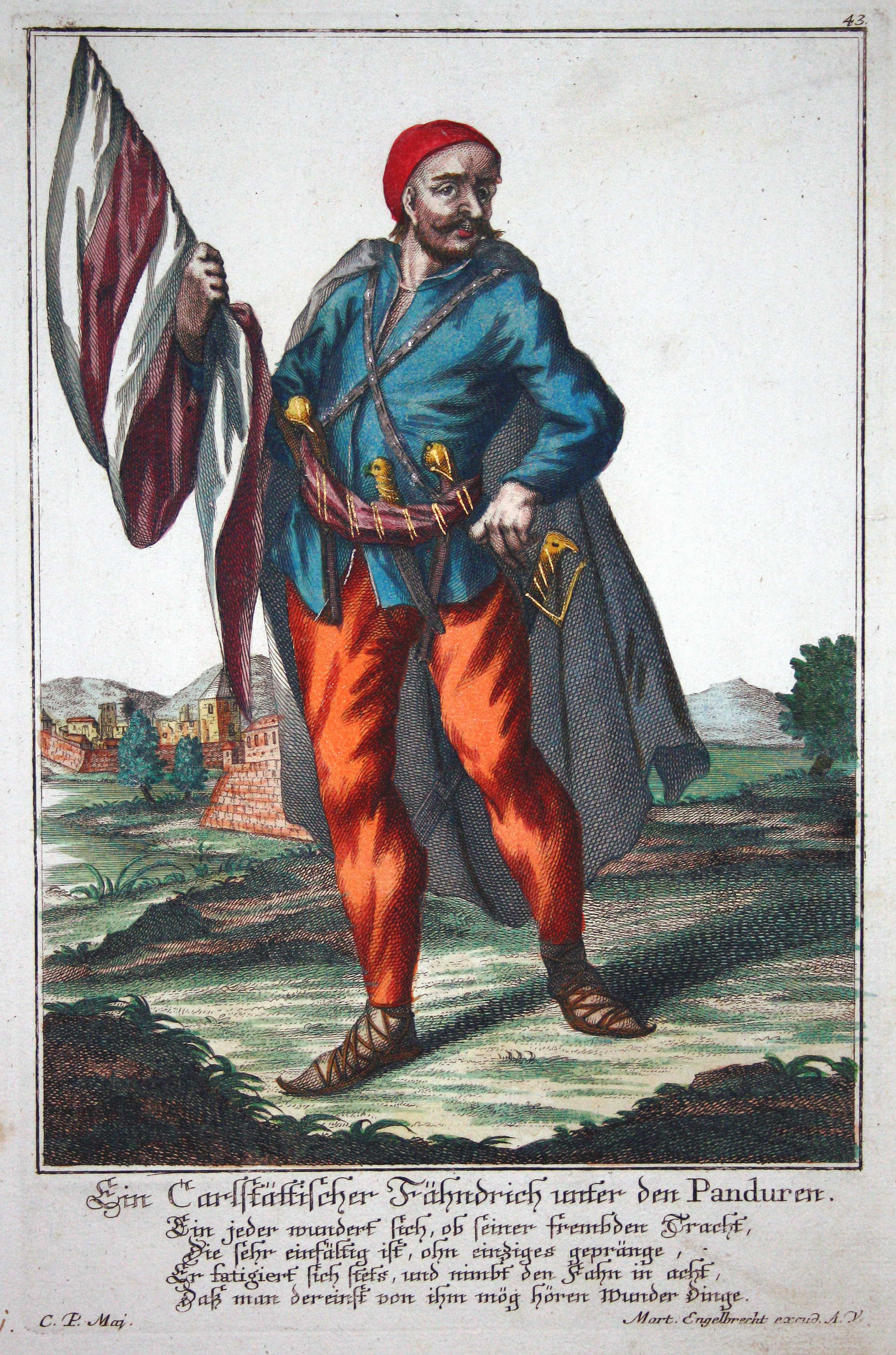 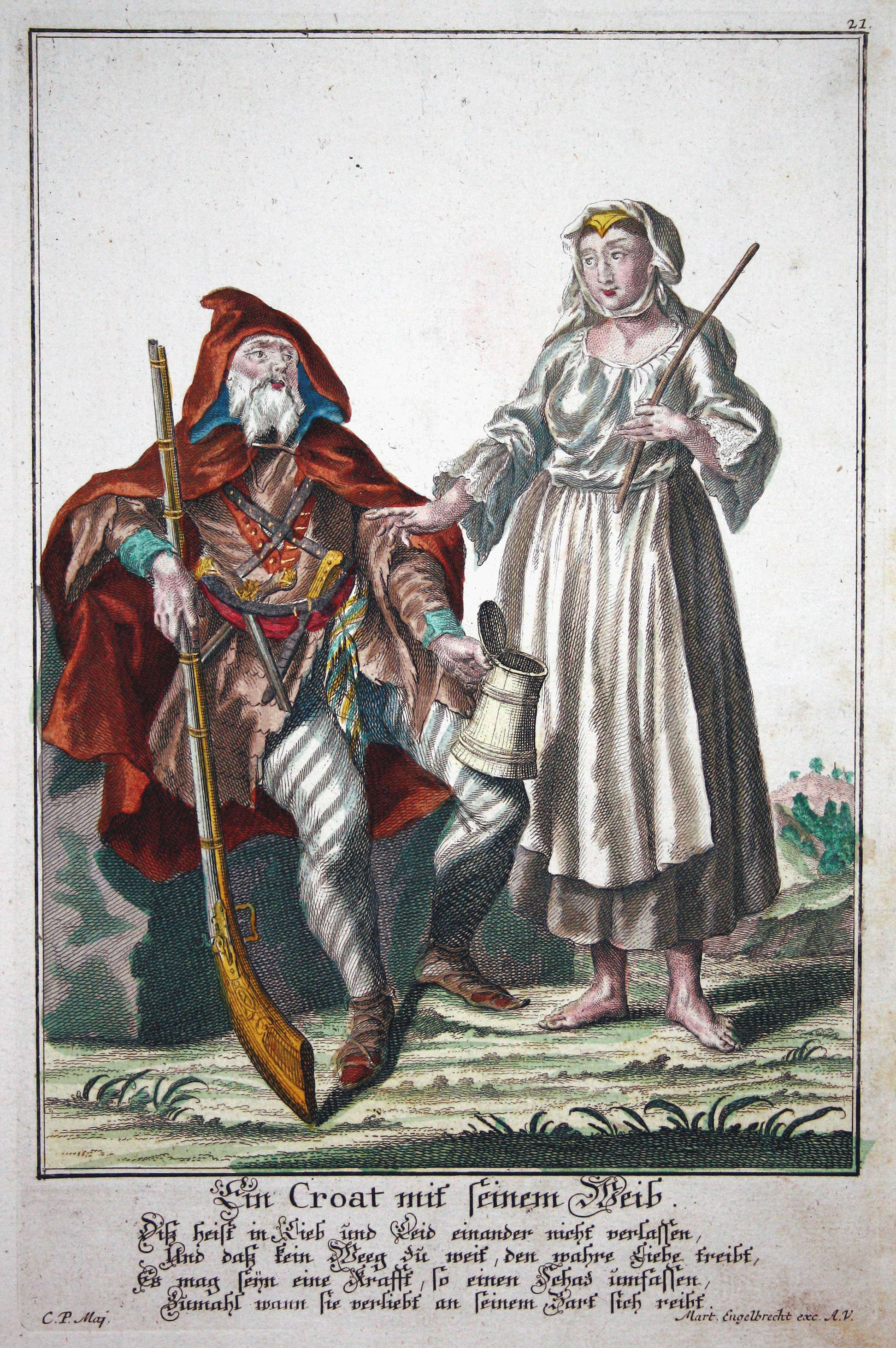 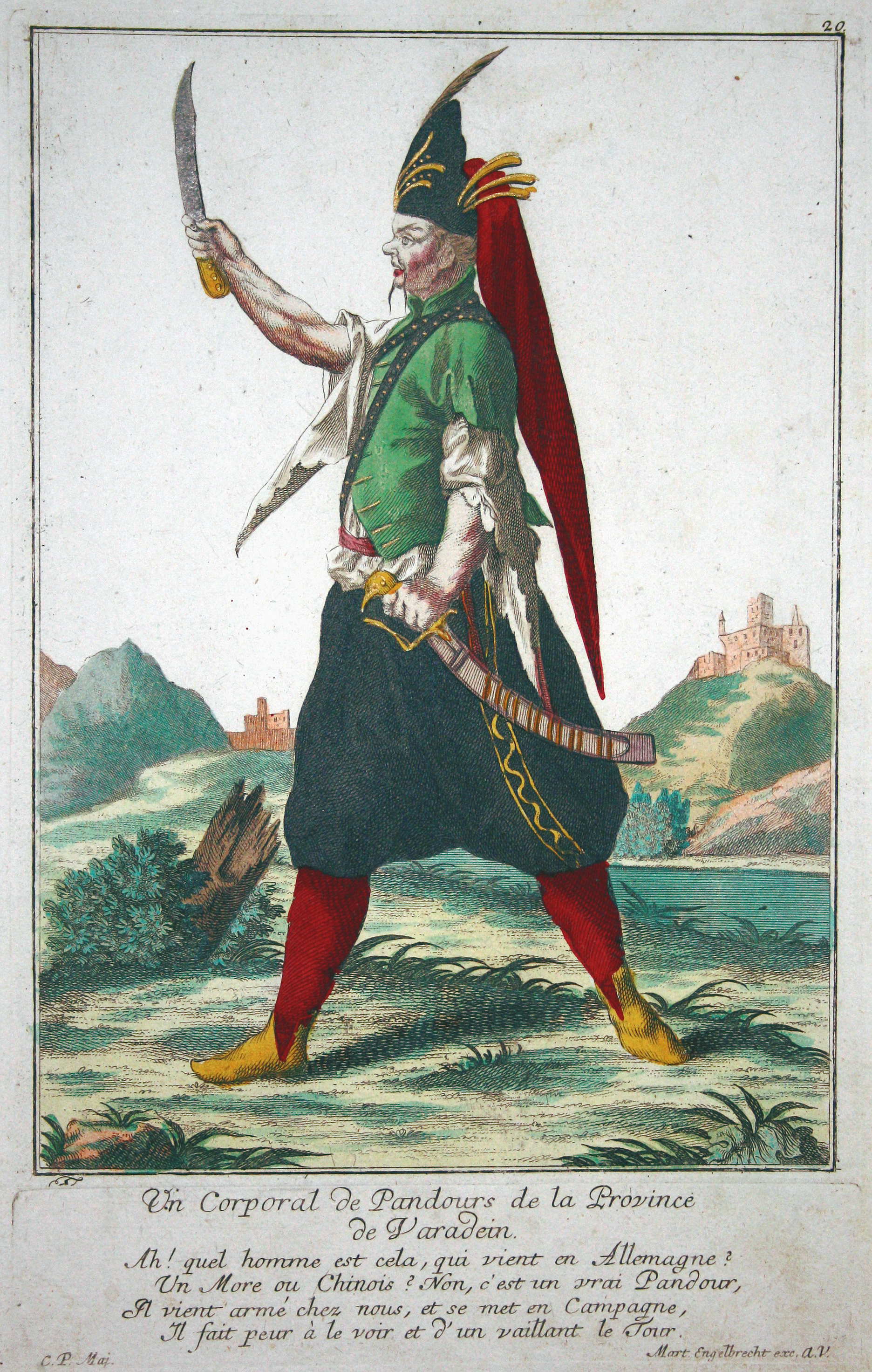 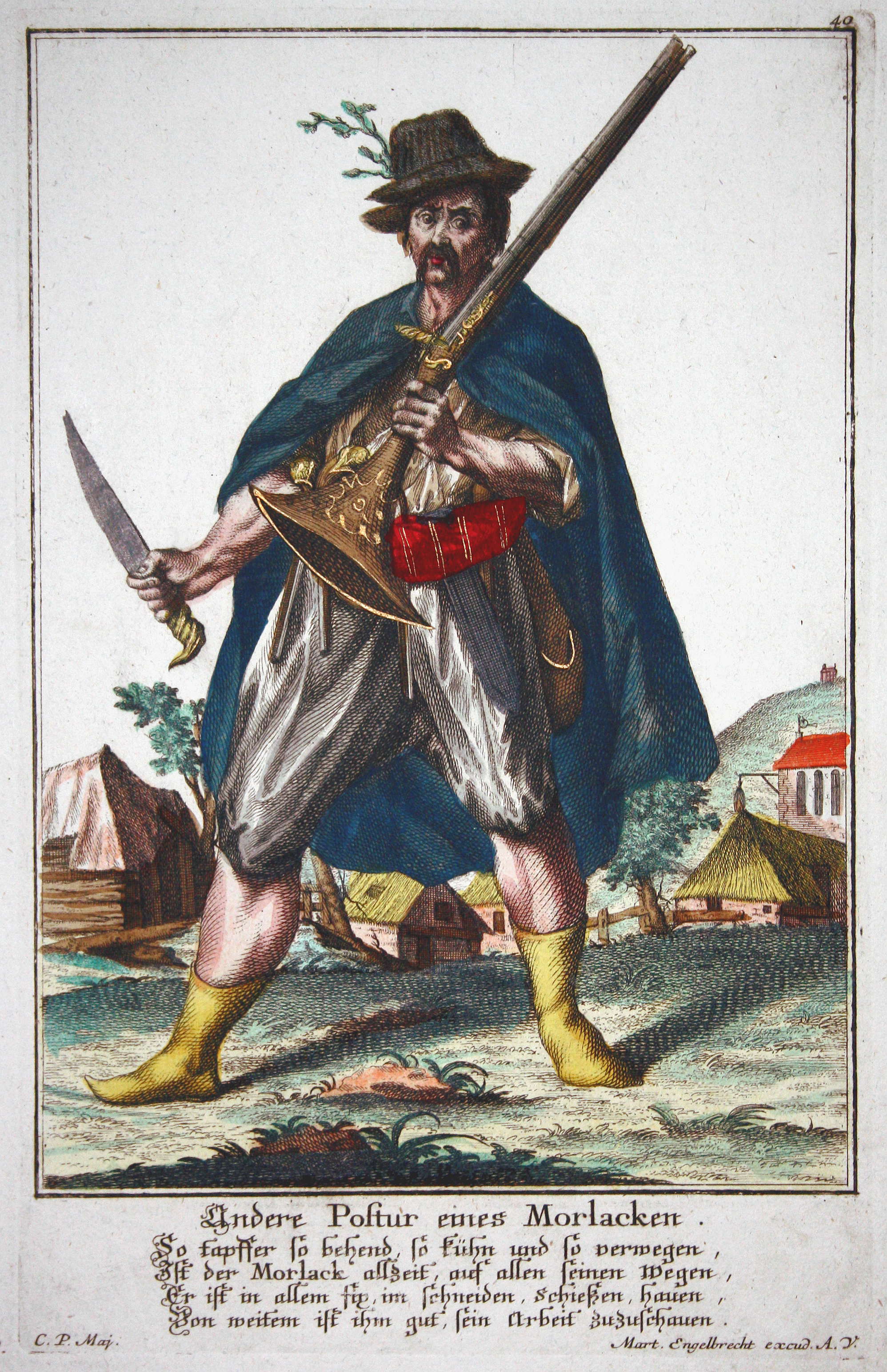