Alexander le Blond (1679-1719) was a Baroque French architect, best known as Philippe I Duc d’Orleans‘ court architect and as the first architect of St. Petersburg, having been hired by Peter the Great as the chief architect of St. Petersburg in 1716. Le Blond spread the style of André Le Nôtre – designer of the famous gardens at the Palace of Versailles – , carrying on the design of the French formal garden all over Europe, especially in Russia. Since the book’s first edition was published in 1709, a while before his departure to Russia, one might argue these gardening plans are a vital starting point in Le Blond’s career as city architect. In 1719, he dies of smallpox in Russia, and Peter the Great organizes a great funeral in gratitude of his work in service of the city of St. Petersburg.

Although he is named as the author of the book, Alexander le Blond is only responsible for the engraved plans and drawings. The de facto author is Antoine-Joseph Dezallier d’Argenville. D’Argenville himself studies drawing and engraving under both Le Blond and the renowned Bernard Picart, and in 1732 is appointed maitre des comptes by the king.

The copper engravings comprised in this treaty range from impressive depictions of designs for formal gardens – one specifically interesting design of a large maze built as a formal garden – to in-detail designs of fountains, the design of a large arch meant to be placed at the entry of such a garden, various groundplans, plans for the design of the entrance and staircase to the Palace of Saint-Cloud. Le Blond’s design for the fountain at St. Cloud would later be what drove Peter the Great to hire him as chief architect of St. Petersburg.This copy contains a dedication from the translator to Leopold Anton Eleutherius Freiherr von Firmian, Bishop of Salzburg. 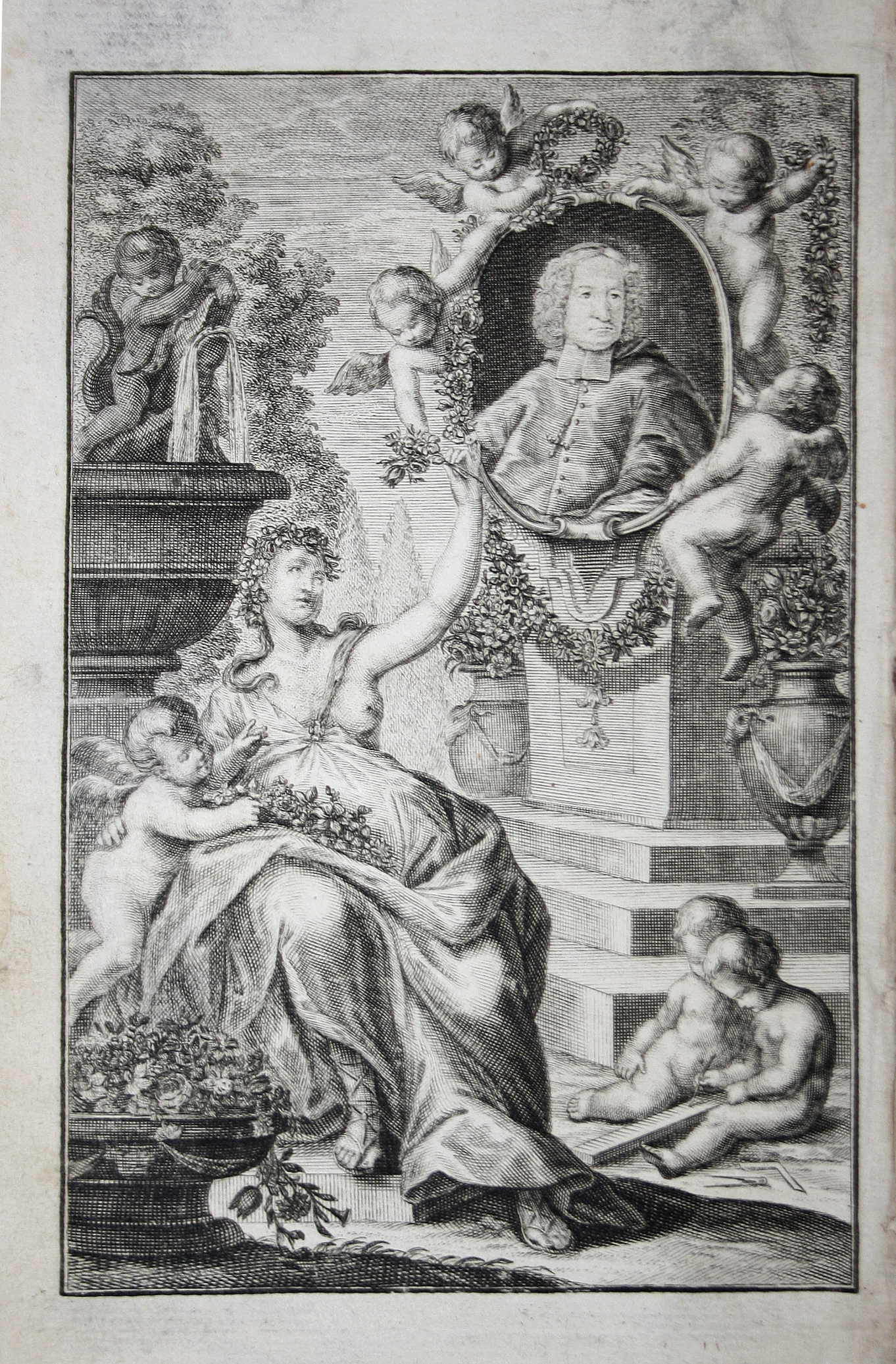 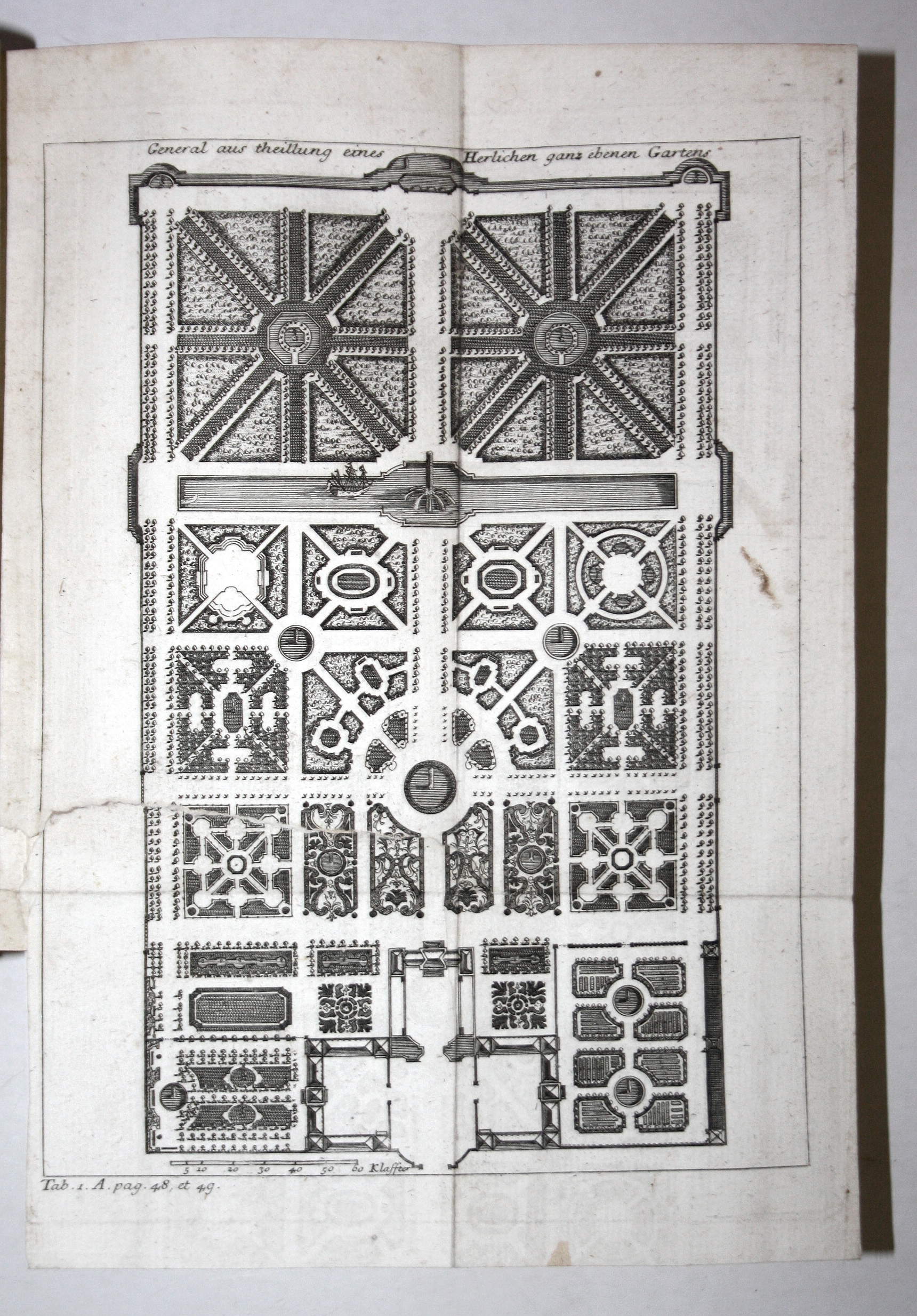 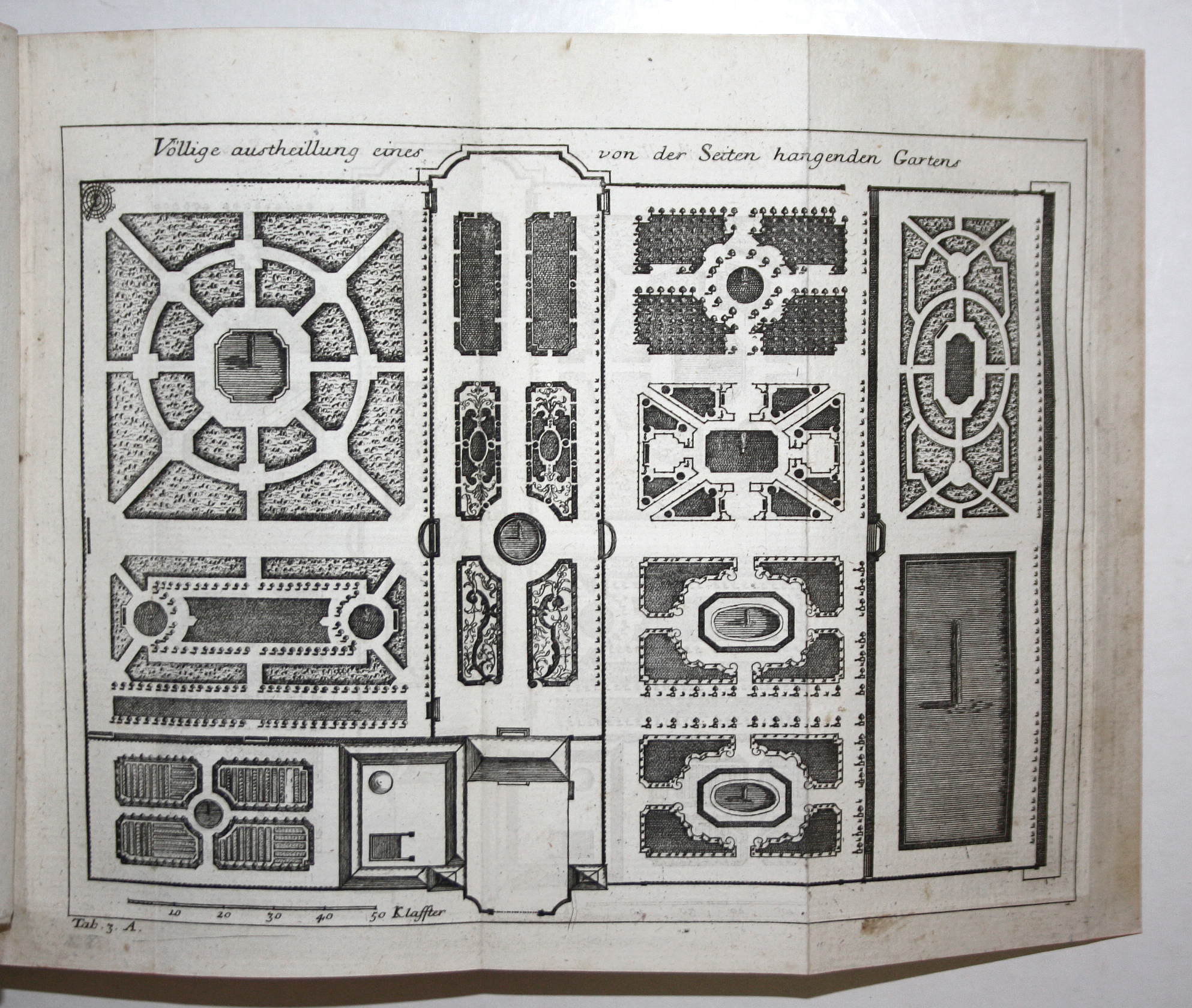 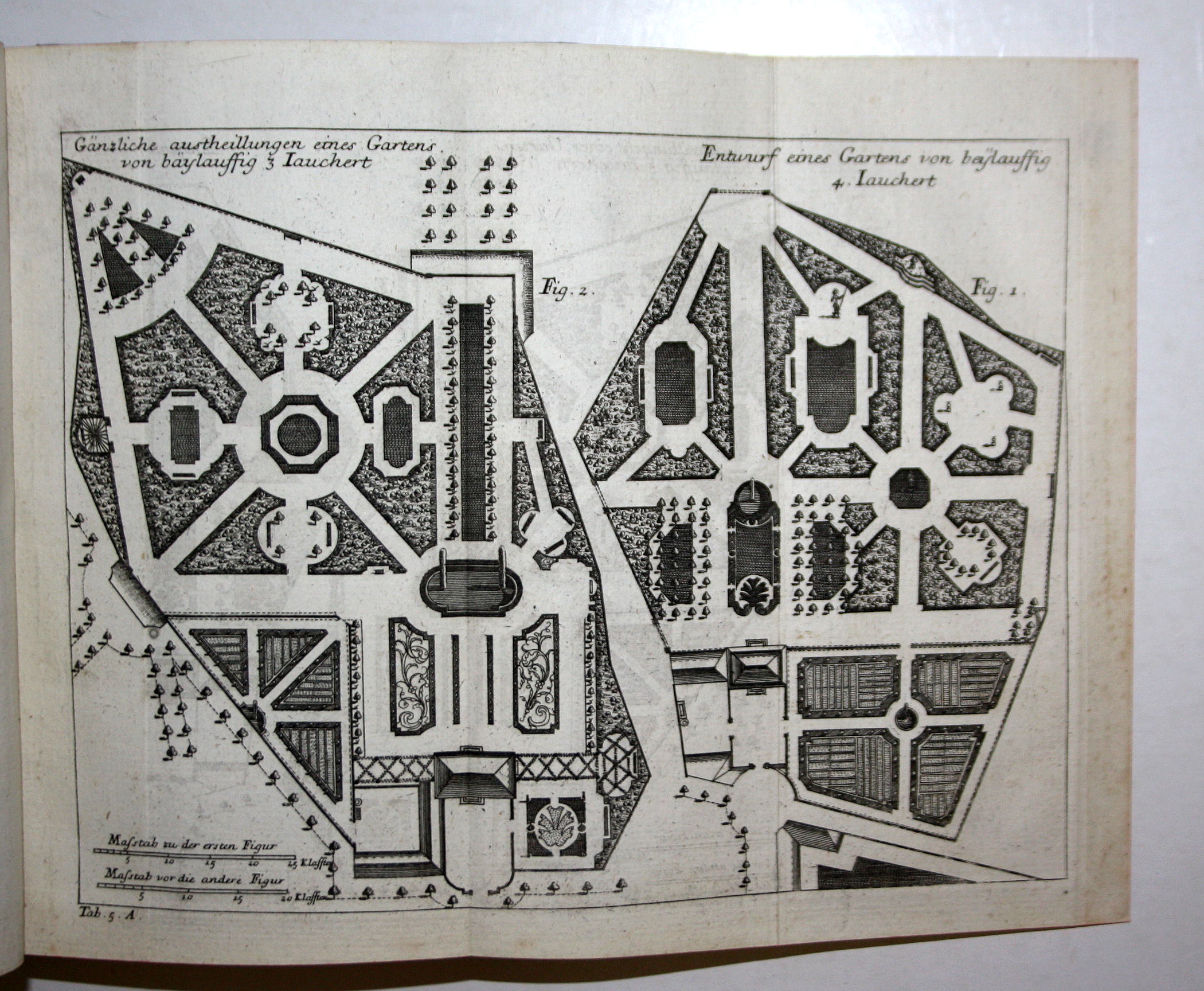 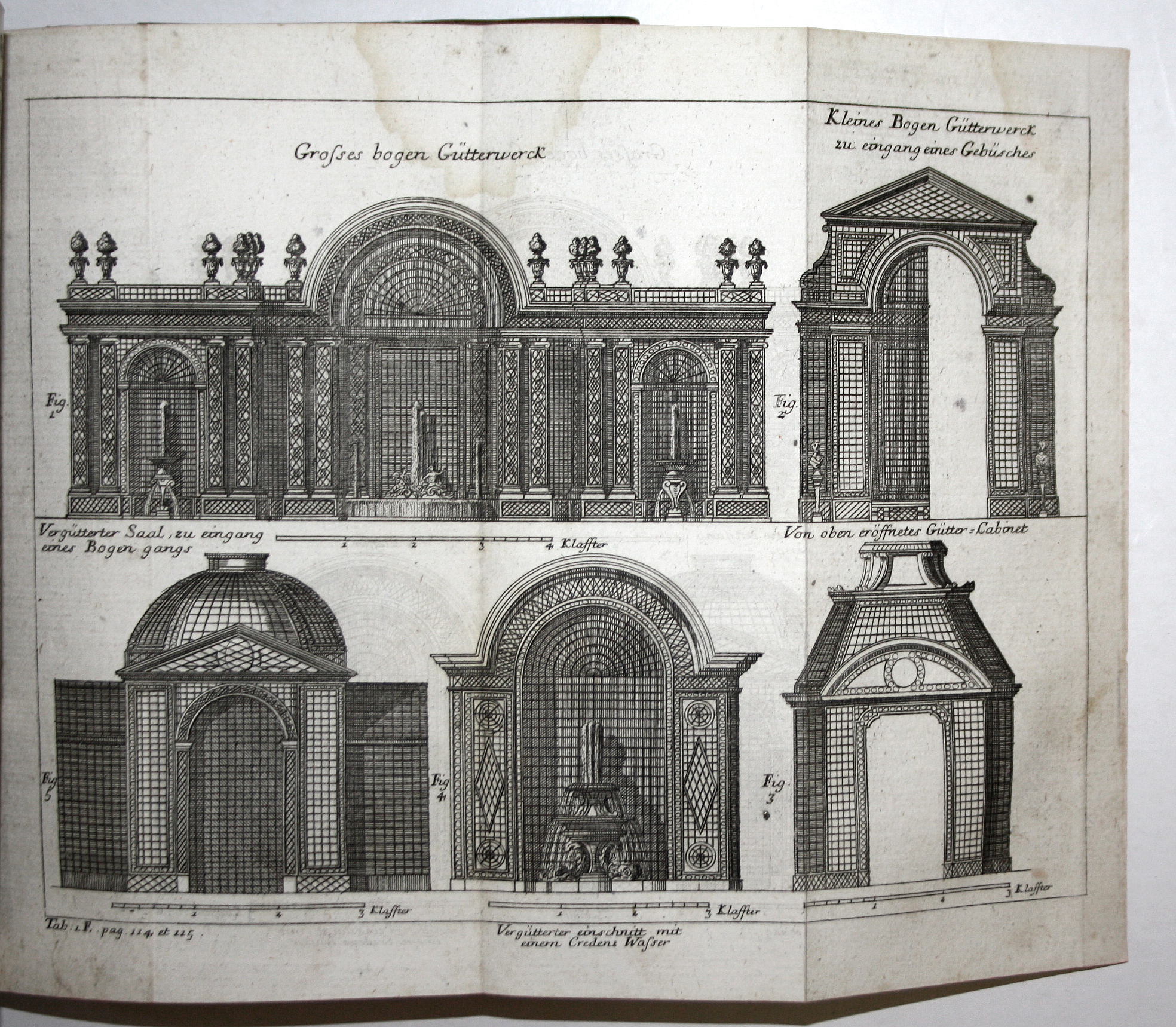 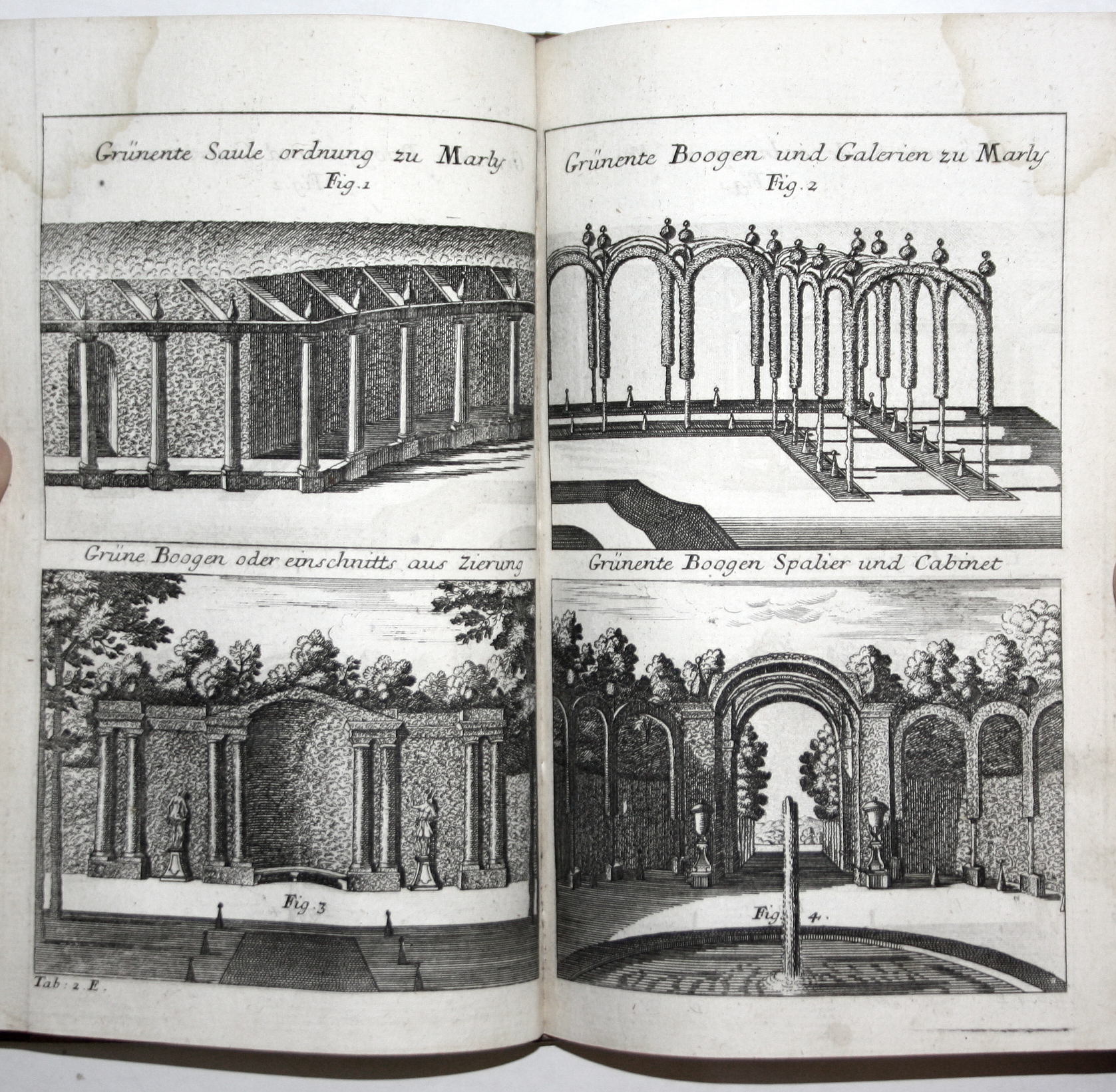 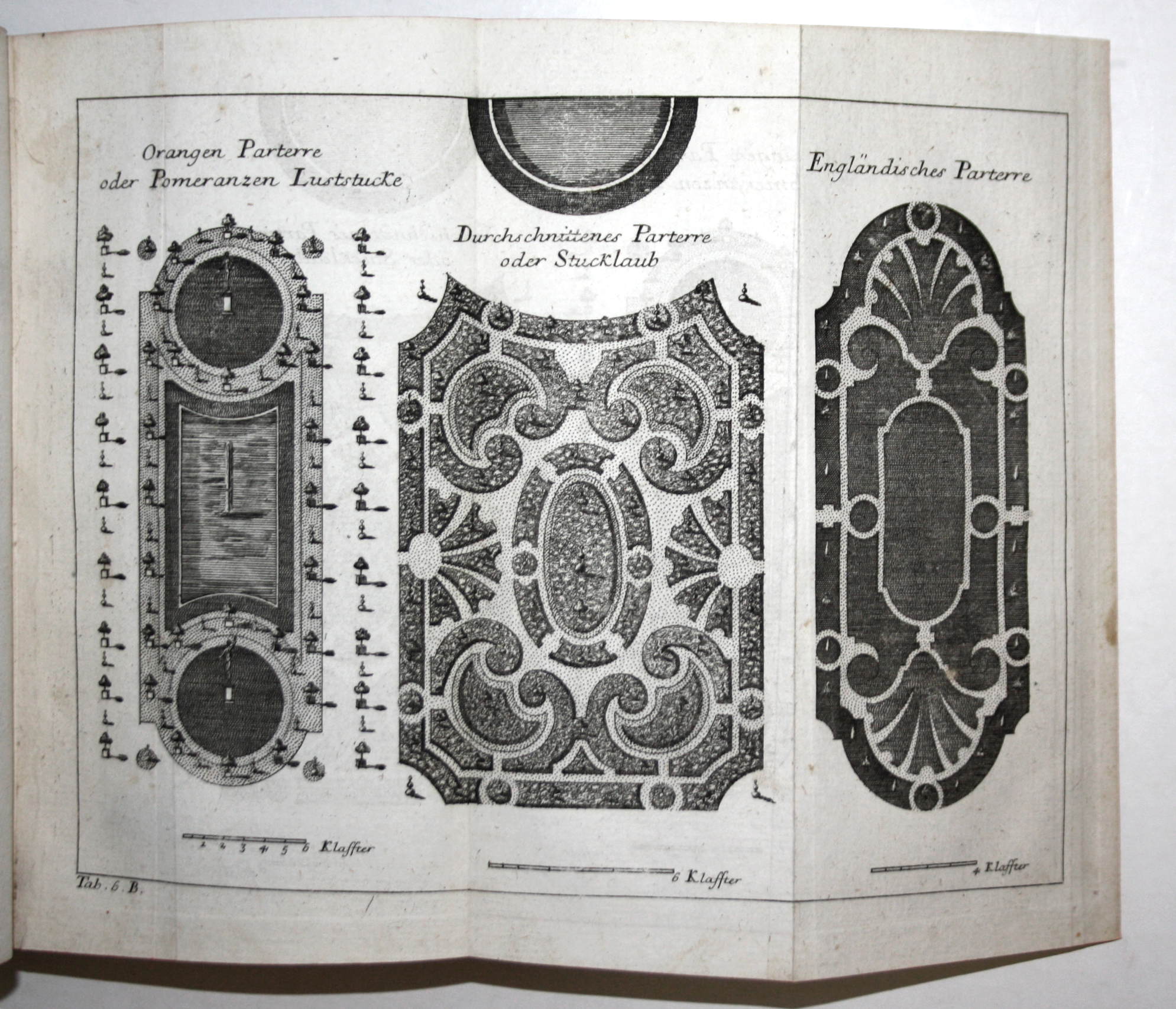