A newly discovered important album with drawings by the Marquise d’Argens, depicting the collection of classical antiquities at the Sanssouci Palace

Barbe Cochois was a French dancer and actress. She came from family of actors and gave her stage debut in 1743, in Berlin. On June 21 1749, she married the French writer and philosopher Jean-Baptiste de Boyer, Marquis d’Argens (1703-1771). Together with d’Argens she published several works: “Memoires pour servir a l’hisoire de l’esprit et du coeur” (1744), “Nouveaux mémoires pour servir à l’histoire de l’esprit et du csur“ (1745- 1746), and “Histoire de l’esprit et du csur” (1755). The Marquis was the chamberlain of Frederick the Great (1712-1786) and had the permission to live in all the king’s castles at his expense. He spent almost 27 years of his life at the court of Frederick II and was the director of the „Classe de belles lettres“ of the Berlin Academy.

Soon after her acquaintance with d’Argens, Barbe Cochois retired from the stage and, together with her husband, rehearsed scholarly studies and writing. She took drawing lessons from the artist Johann Christoph Frisch (1738-1815), who was sponsored by d’Argens, made music, spoke several languages and accompanied her husband on almost all his journeys. The Portrait of d’Argens contained in the first volume of the “Histoire de l’esprit humain” (1765) dates back to a drawing by the Marquise.

On April 15 1754, her only daughter, Barbe (Mina Giraud) de Boyer de Magallon (1754-1814), was born in Hamburg. The baby was baptized in the name of a French dancer at the Berlin Theater. It was only in 1769, after settling some inheritance disputes with his family, that d’Argens recognized Barbe Giraud as his own child. On February 1 1774, Barbe married Raphael de Magallon (1752-1785), with whom she had 5 children.

The present album is divided into 4 sections. The first shows 47 drawings of babies and toddlers, the second and fourth parts contain a total of 58 drawings of antique statues, busts and heads. The third part shows 17 studies of female busts, which seem to depict one and the same woman, presumably self-portraits. The assumption is evidently that many of the drawings depicting babies show her daughter Barbe Giraud.

The drawings most likely originated in Sanssouci. The drawings of ancient statues contained in the album most probably show examples of Sanssouci’s collection of antiquities and thus represent a significant contemporary document for the collection at that time. We were able to assign two drawings of busts to their respective statues, that are now in the park of Sanssouci. Furthermore, the album contains busts of Hermes, Alexander the Great (?) and Augustus (?). Several busts were drawn from different perspectives, indicating that the drawings were made after real objects. – A few leaves have been removed at an earlier date; binding worn, rubbed and bumped.

The present album contains the only known drawings by Barbe Cochois to date. 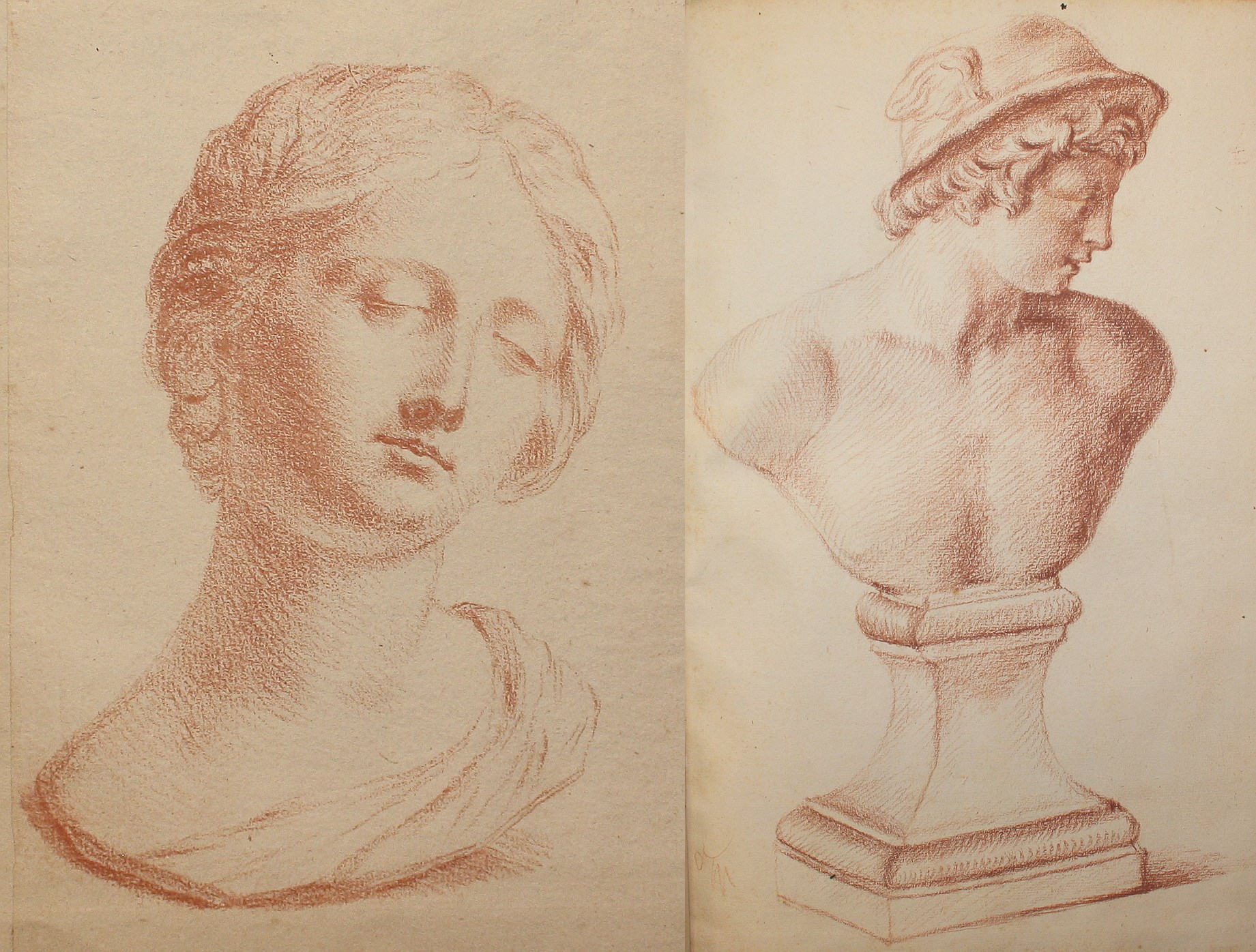 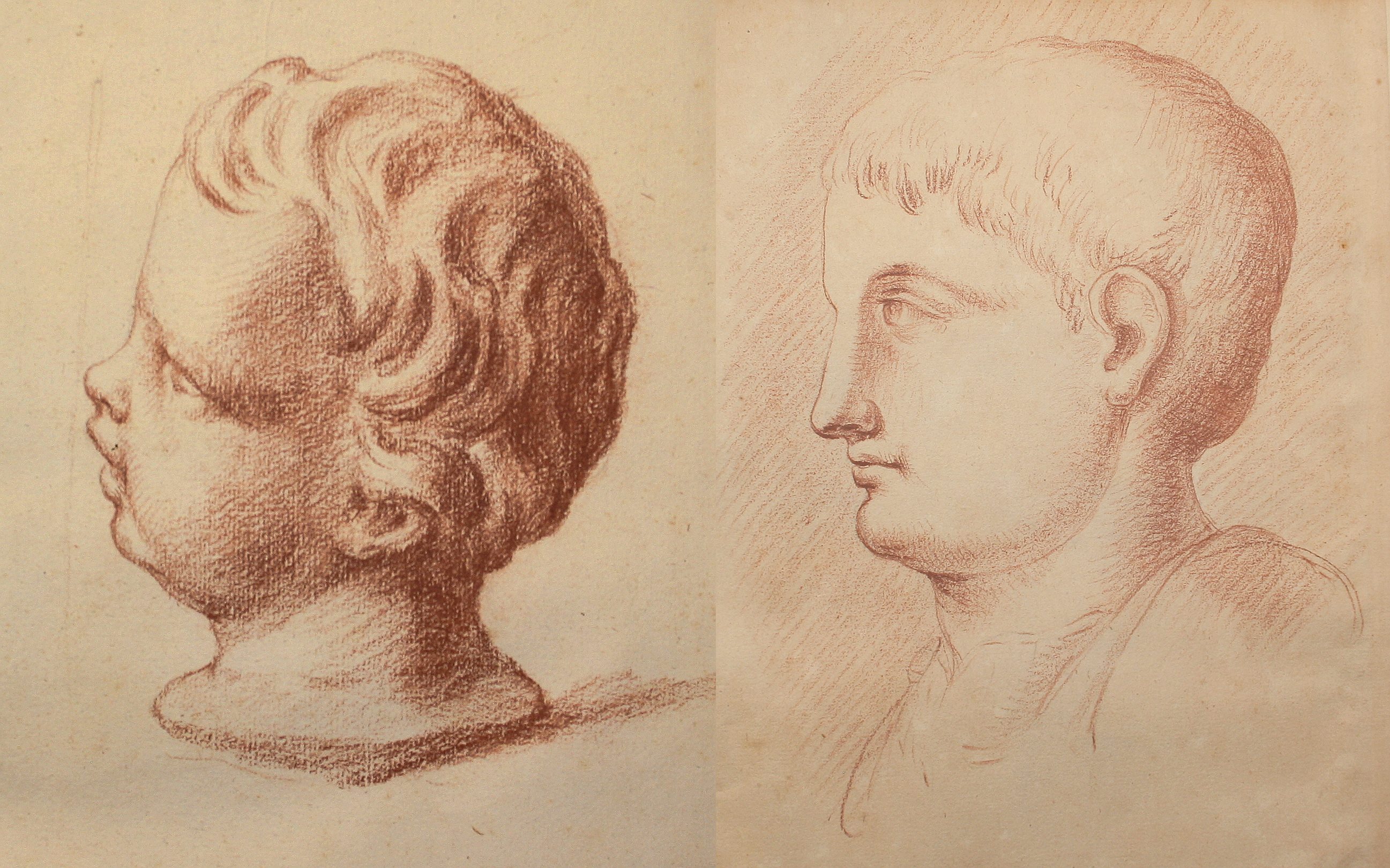 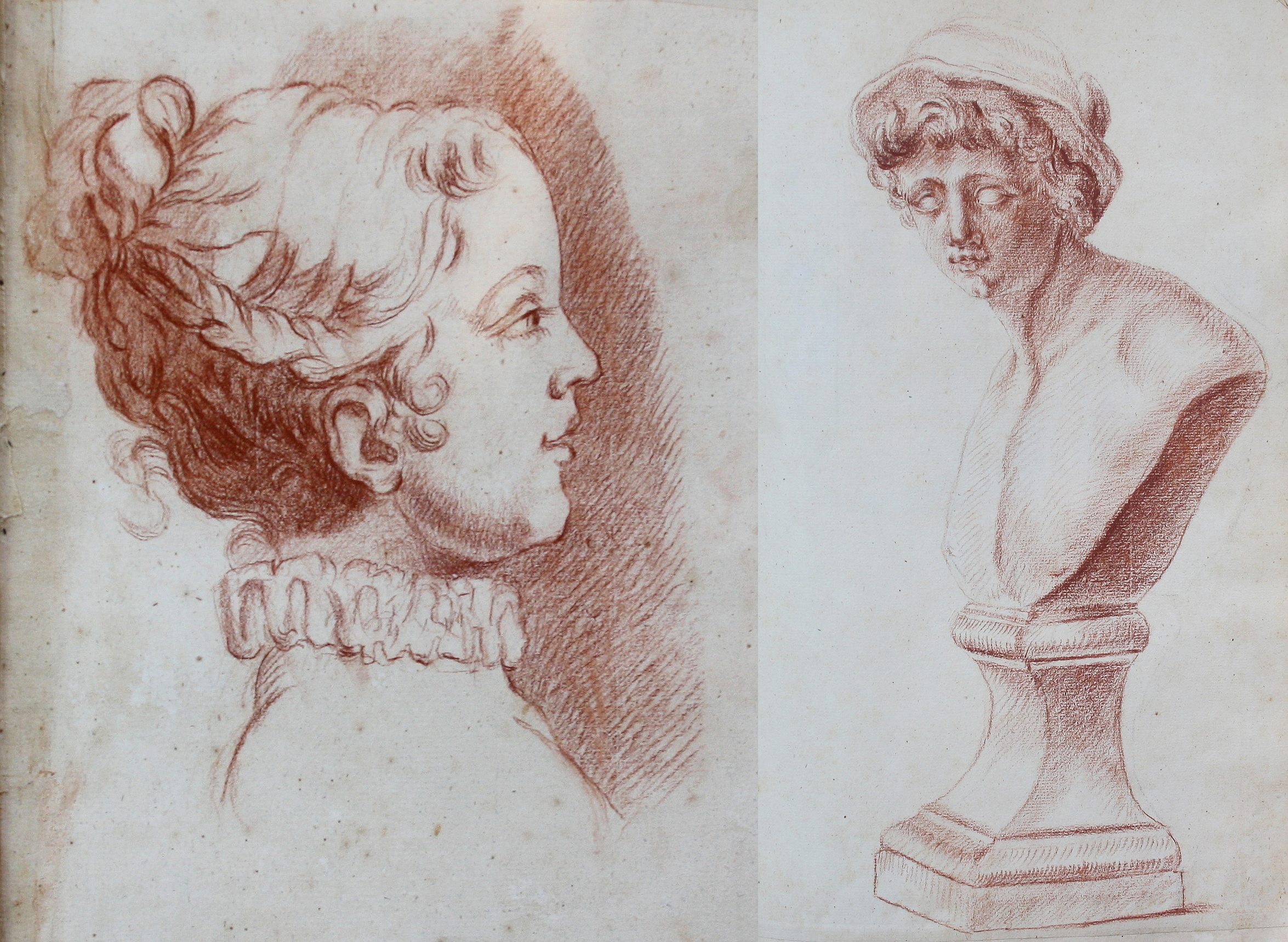 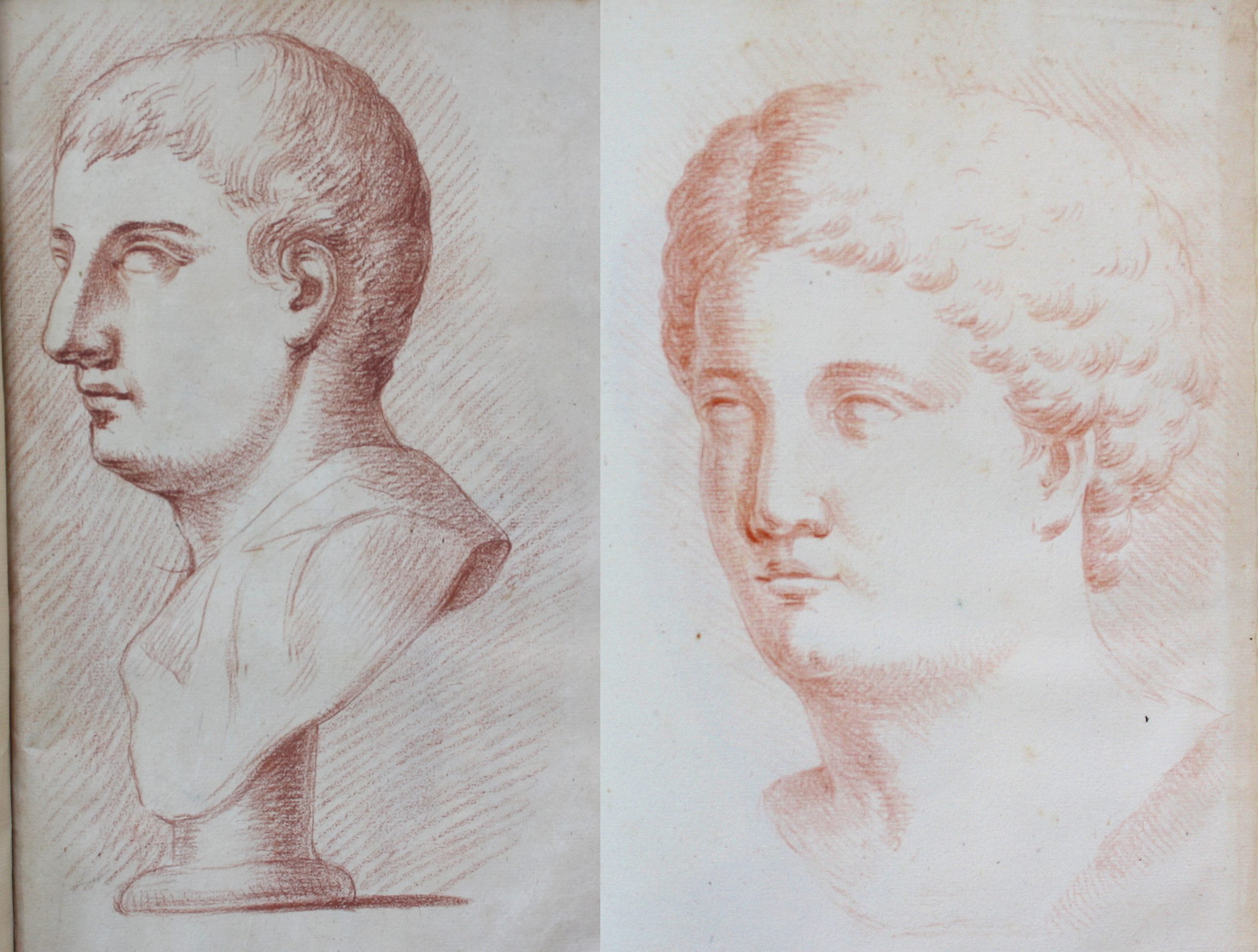 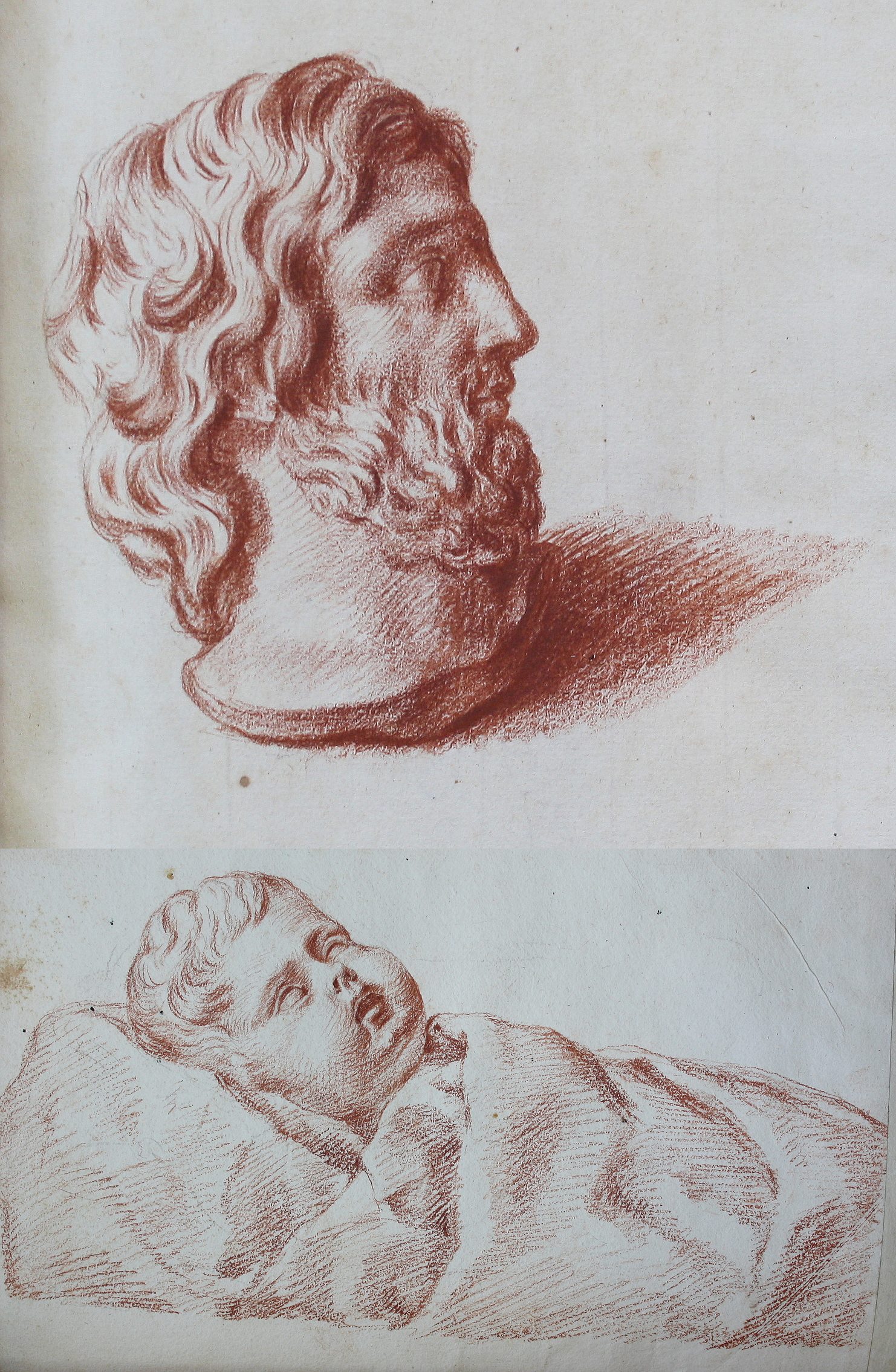 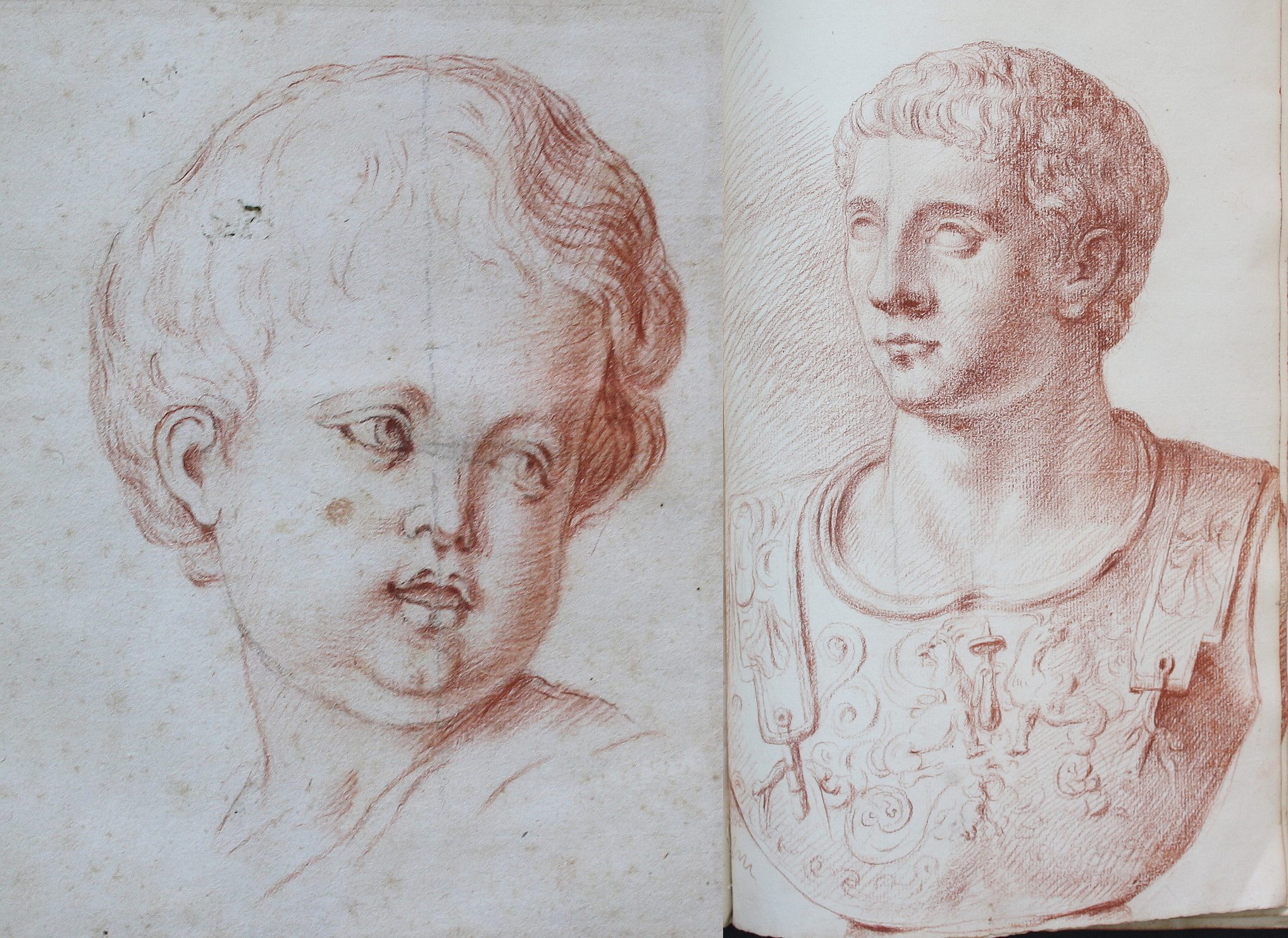 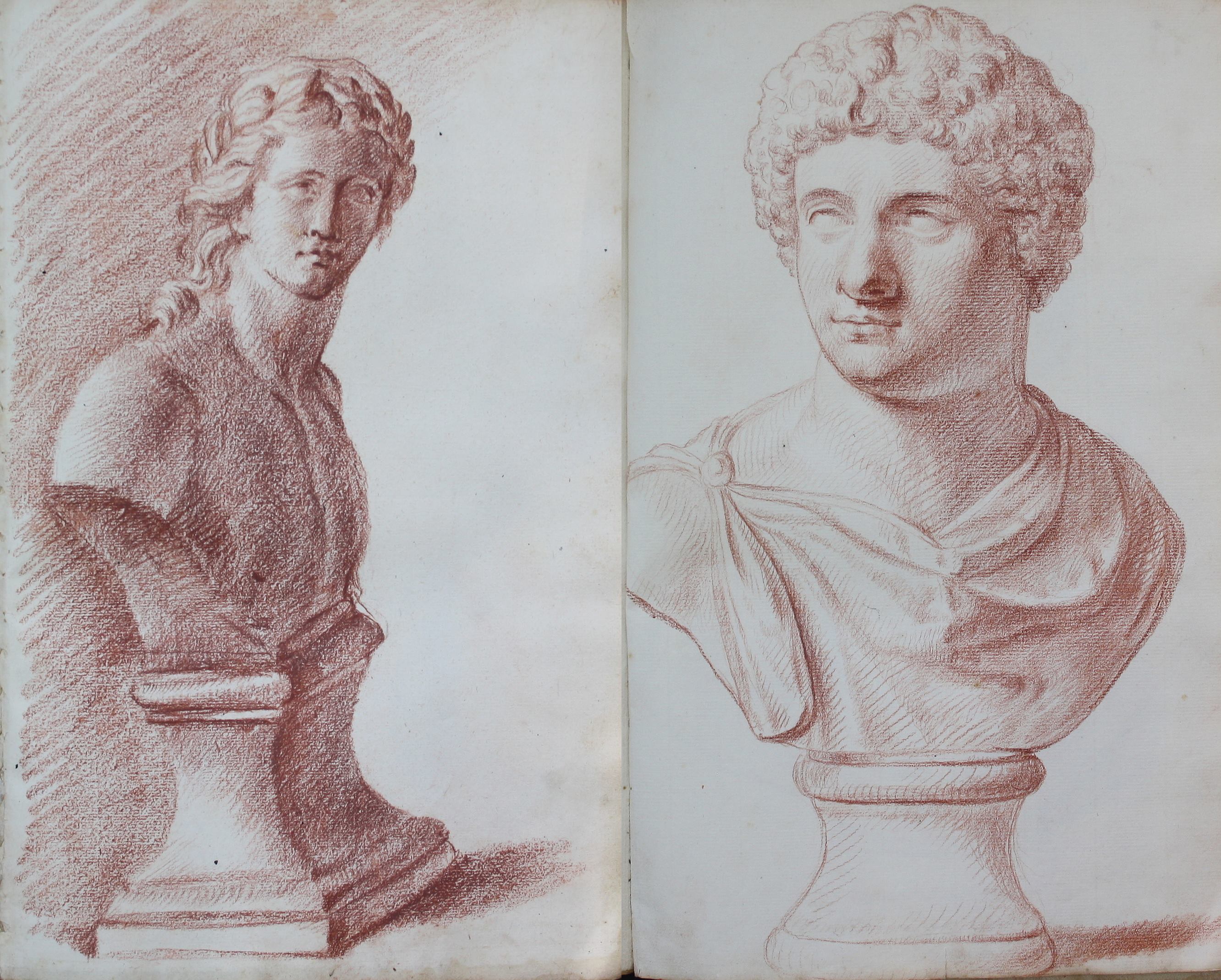