Size: c. 58 x 46, 5 cm. Copper engraving. With some browning on the outer margins, with several backed tears, mostly in folds.

A very rare French goose game. The game presents itself as a journey around the world from China to France; the game fields show the newly discovered inhabitants of Australia, New Guinea, New Zealand, the island of Java and Tahiti, alongside people from other parts of the world.
The game’s instructions are in the center of the game board. The four corners show allegorical representations of the continents. The game follows the spiral form of the traditional game played as early as the 1570s, called „jeu de l’oie“ or game of the goose, which includes a track with 63 numbered spaces arranged in the form of a spiral. Players advance by throwing the dice and moving their tokens; some of the game squares include bonuses, penalties or hazards for the players who land there. For instance, landing on any European country allows the player to advance again by the same distance.

As noted by A. Seville („The Geographical Jeux de l’Oie of Europe“, BELGEO, 2008), the game does not only serve its entertainment purpose, but it also speaks of international affairs, politics and commercial relations among various nations:„Each game goes beyond simple cartographic representation to convey, through its rules or iconography, a deliberate ‚messsage‘, whether political, commercial or cultural. The games give insight into international relationships, perceptions and misconceptions at various points in the history of Europe“. This game is a great example of the political and cultural implications that are implicit in the game’s setup. European squares are generally „superior“ to the non-European ones, which often involve being eaten or enslaved by savage, uncivilized people. Landing on the European countries gives the players a clear advantage: they can advance faster, as noted above. A statue of King Henry IV on a pedestal is depicted on the last game space. The game maker may have wanted to make a statement, to steer clear of Napoleon’s recent defeat, by choosing instead a French king who united the country. Henry IV was called „le roi de la poule au pot“ for wishing prosperity for the French people, seen in the possibility of „A chicken in every peasant’s pot every Sunday”. 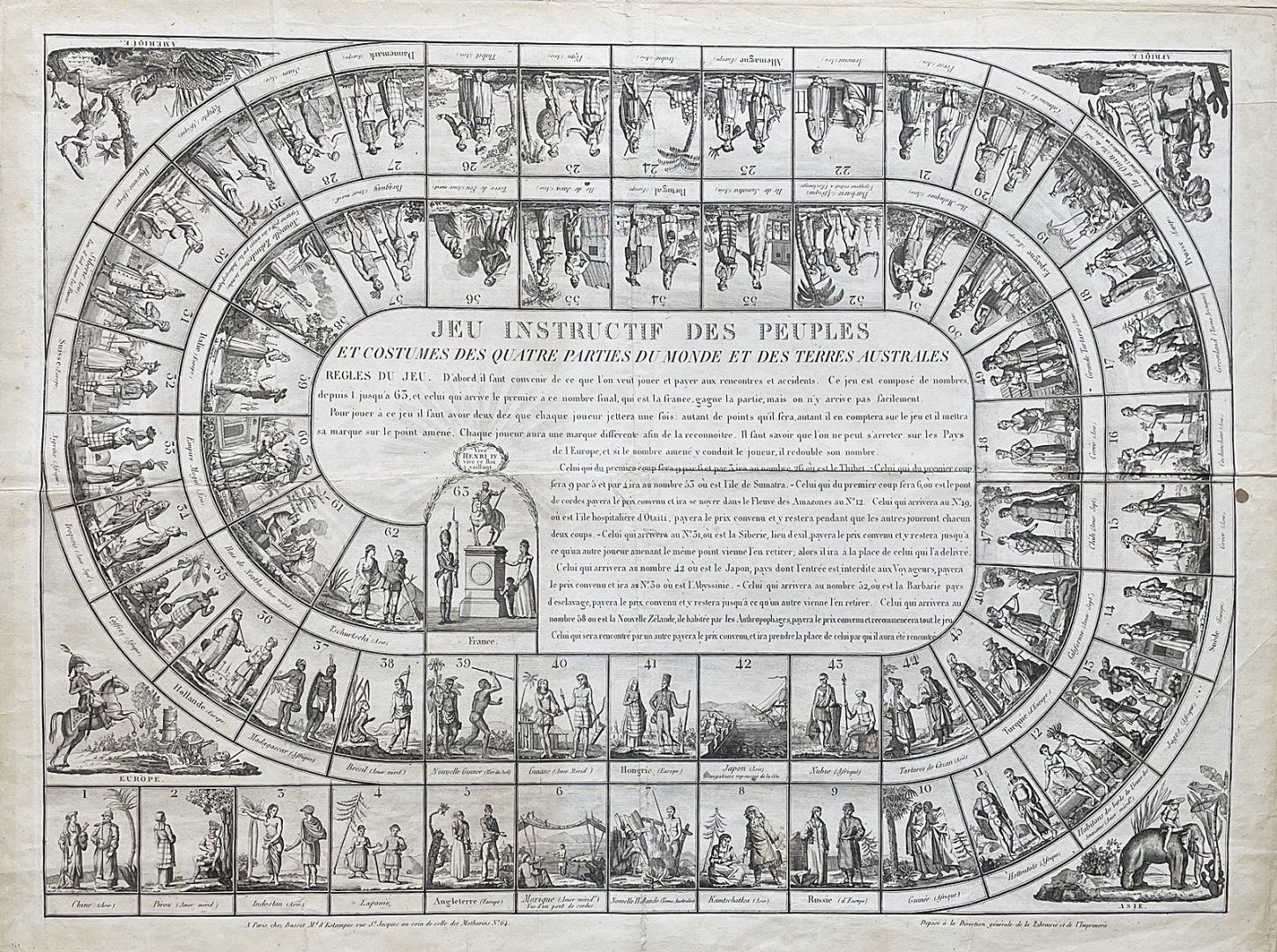