The game board includes 63 numbered fields, arranged in a rectangular spiral. Each of them shows an actor/actress in their role, with their respective names and those of their characters, as well as the play they were in and the theatre where it was staged.

This game is not only interesting in regards to the history of French theatre, but also as a game. The game setup is quite unusual: even though it displays the classical 63 spaces, the goose-type spaces are to be found on every eighth space. They mark „disastruos effects“: space 48 shows Cain in the scene of Abel’s death; space 8 shows king Charles XII of Sweden in the Battle of Pultava from 1709 (a battle which he lost to Peter the Great). These are strange choices for what is normally a favorable space in goose games. Furthermore, the classical death space on position 58 – which forces the player to start from the beginning – depicts the roles of Cadet Roussel and of Manon in the play „Cadet Roussel Hector“.

The game also includes other special rules. At space 19, Sophie in „The Little Messenger“ is shown, and the instructions are to pay for the message and to skip two turns. Due to the unusual spacing of the goose-type doubling spaces, a special rule is needed for the two possible combinations making up a first throw of 8, i.e., 6 and 2 – go to 26, 5 and 3 – go to 53. There is no rule given for an initial throw of double 4, for instance. Other than that, the game is a variant of the classical goose-type games, showcasing many of the well-known rules. 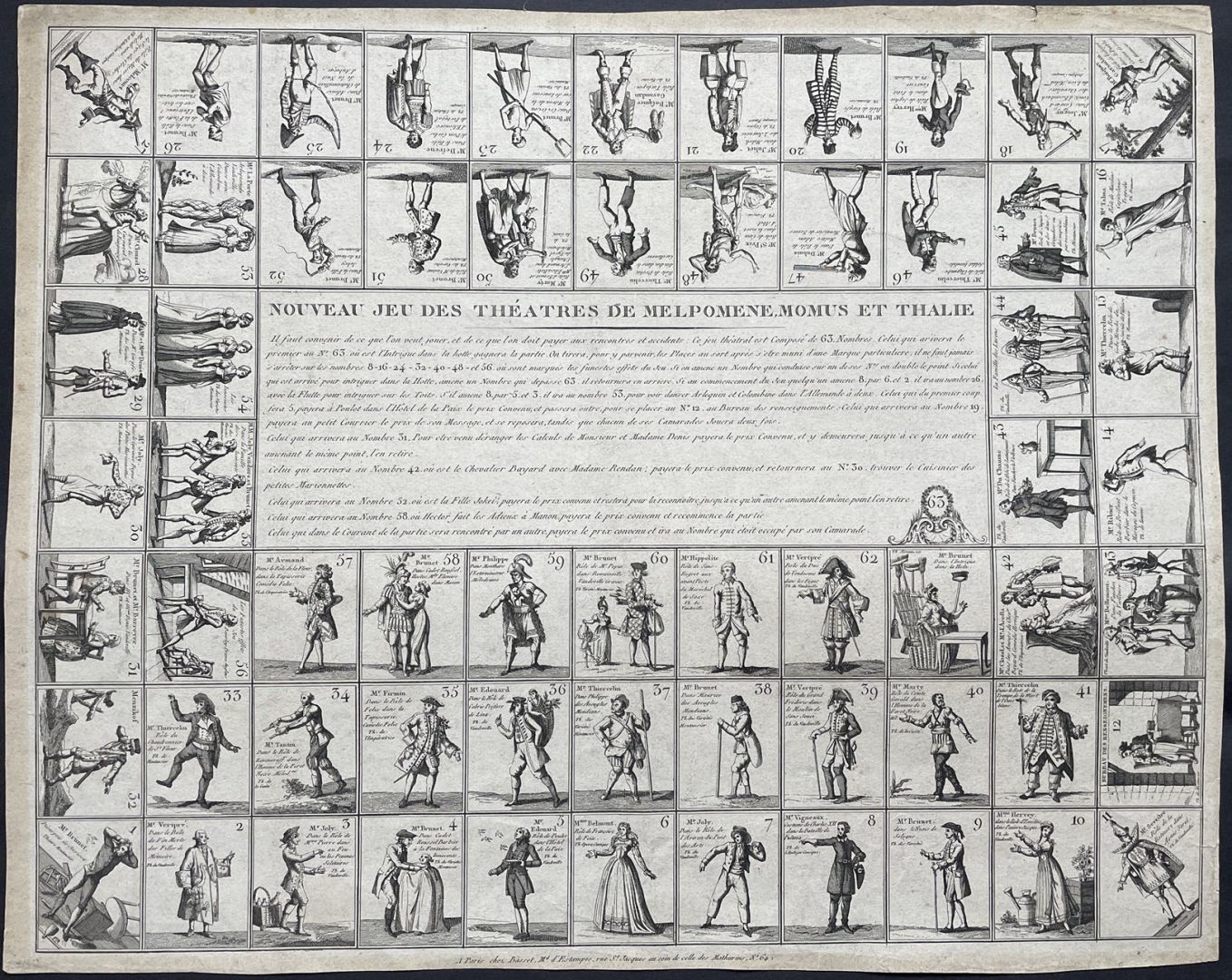