John Bull with his family at a meal prepares to chase Napoleon and his hungry French soldiers. Bonaparte claims to have only brought a few friends for a social meal. The soldiers are surprised John Bull is prepared to fight as they were told he would not. One son of John Bull begs his mother to take care of the pudding as he fears the soldiers would eat all their dinner, whilst the other son hopes that his father would kill the invader. A very rare pirate version of Piercy Roberts caricature with the same title. ‚J.T. Mitchell‘ as artist and publisher has apparently been devised. 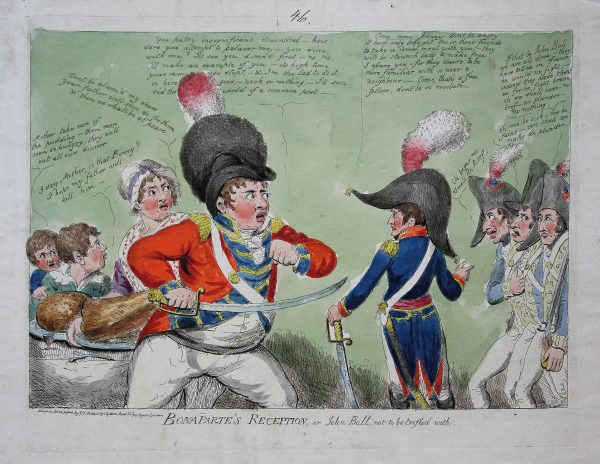