Startseite/Bestand/Graphiken u. Zeichnungen/18. Jahrhundert/Signed drawing by one of the most employed baroque architects in Austria

Martinelli was one of the most employed Austrian architects of his time. He was the son of Francesco Martinelli (Lake Como 1651-1708 Vienna), who was an austrian architect with Italian descent. Anton Erhard Martinelli supervised the building of several important buildings in Vienna, such as the Karlskirche and the Palais Schwarzenberg. Among his works are the Palais Thinnfeld in Graz, the Invalidenhaus in Budapest (now the city hall), the Ursuline convent in Vienna, the city hall in České Budějovice, the Neuwartenburg castle near Timelkam and the Zrinski castle in northern Croatia. Martinelli was one of the preferred architects of the Habsburg nobility. He designed palais‘, castles and other buildings for the families of Esterházy, Liechtenstein, Schwarzenberg, Starhemberg, Althann and several others.

The drawing shows the elevation of the facade of a large city Palais with a total length of circa 60 meters. There are several striking similarities to the Stadtpalais Liechtenstein in Vienna, which was designed and built by Domenico Martinelli and Gabriel de Gabrieli in 1691-1705.

Despite his extensive activity only a few drawings by Martinelli has been preserved. The ductus of our drawing correlates with the unsigned plans for the Palais Thinnfeld which are preserved in the Archiv Schloss Thinnfeld. We could not trace another signed drawing by him. 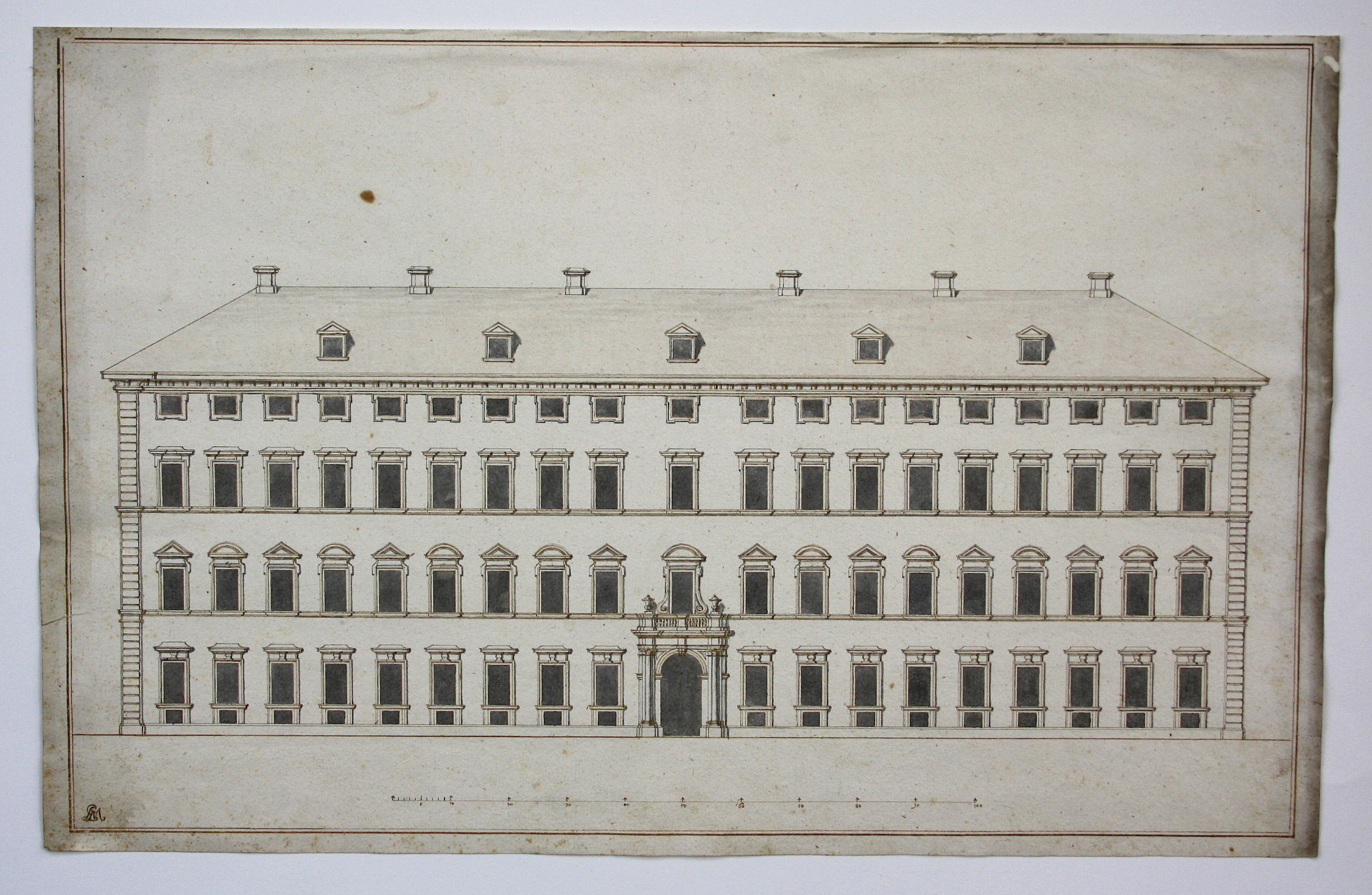