Manuscript peepshows from the 18th century

This extraordinary set of manuscript peepshows were made probably in Switzerland. The playing cards bear the „Freiburger Bild“ (Fribourg pattern). The Jack of Clubs bear the lettering „IOHGEORGLUZ“, which could indicate to an unidentified cardmaker with the name Johann Georg in Lucerne. The different peepshow scenes depict Hell, Heaven, three different architectural designs, a haven, a military camp, a room and a forest. There are 4 peepshows with 5/5 scenes, and 5 peepshows with 4/5 scenes. All cards bear later pencil numbers. Manuscript peepshows from the 18th century are extremely rare. 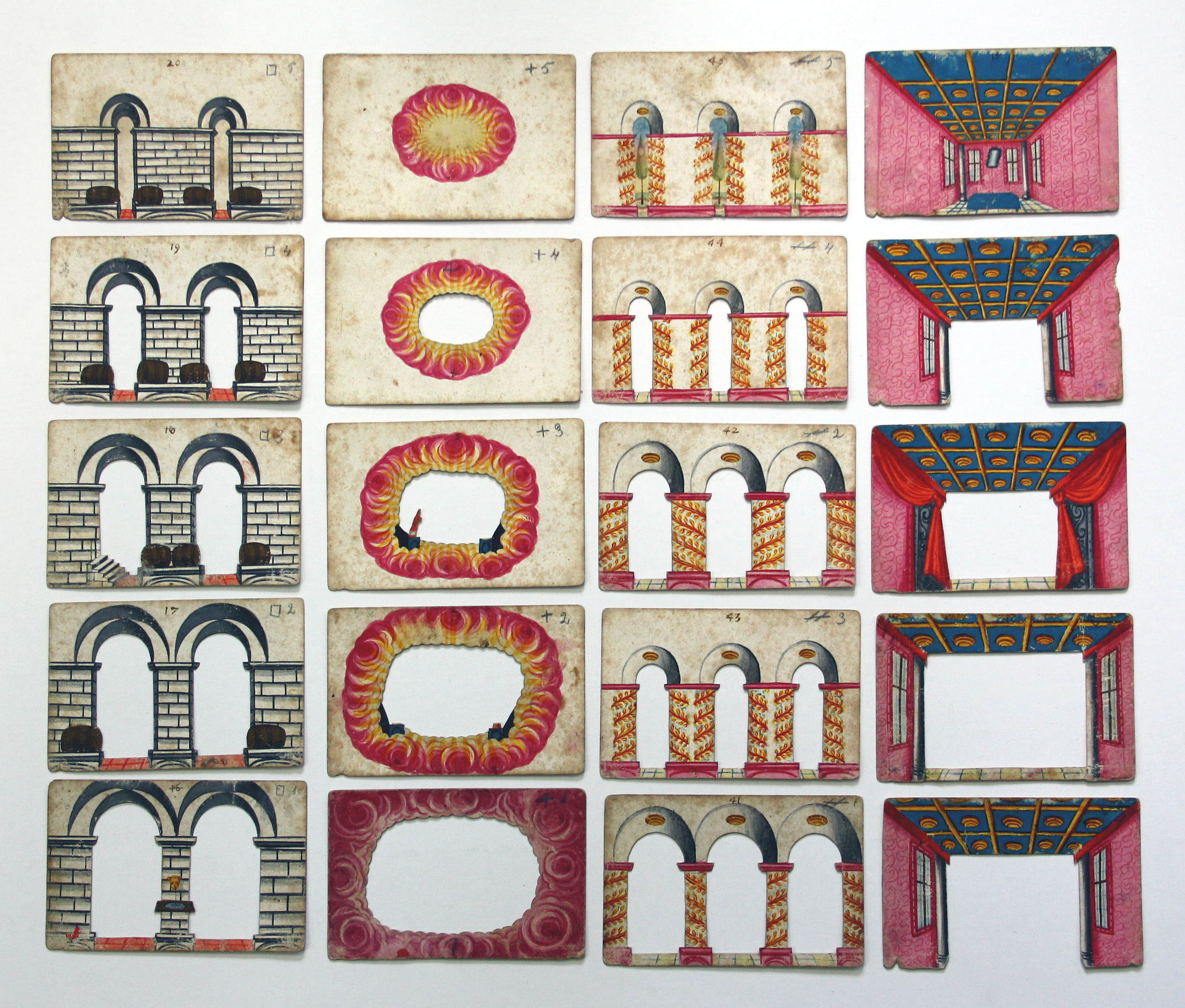 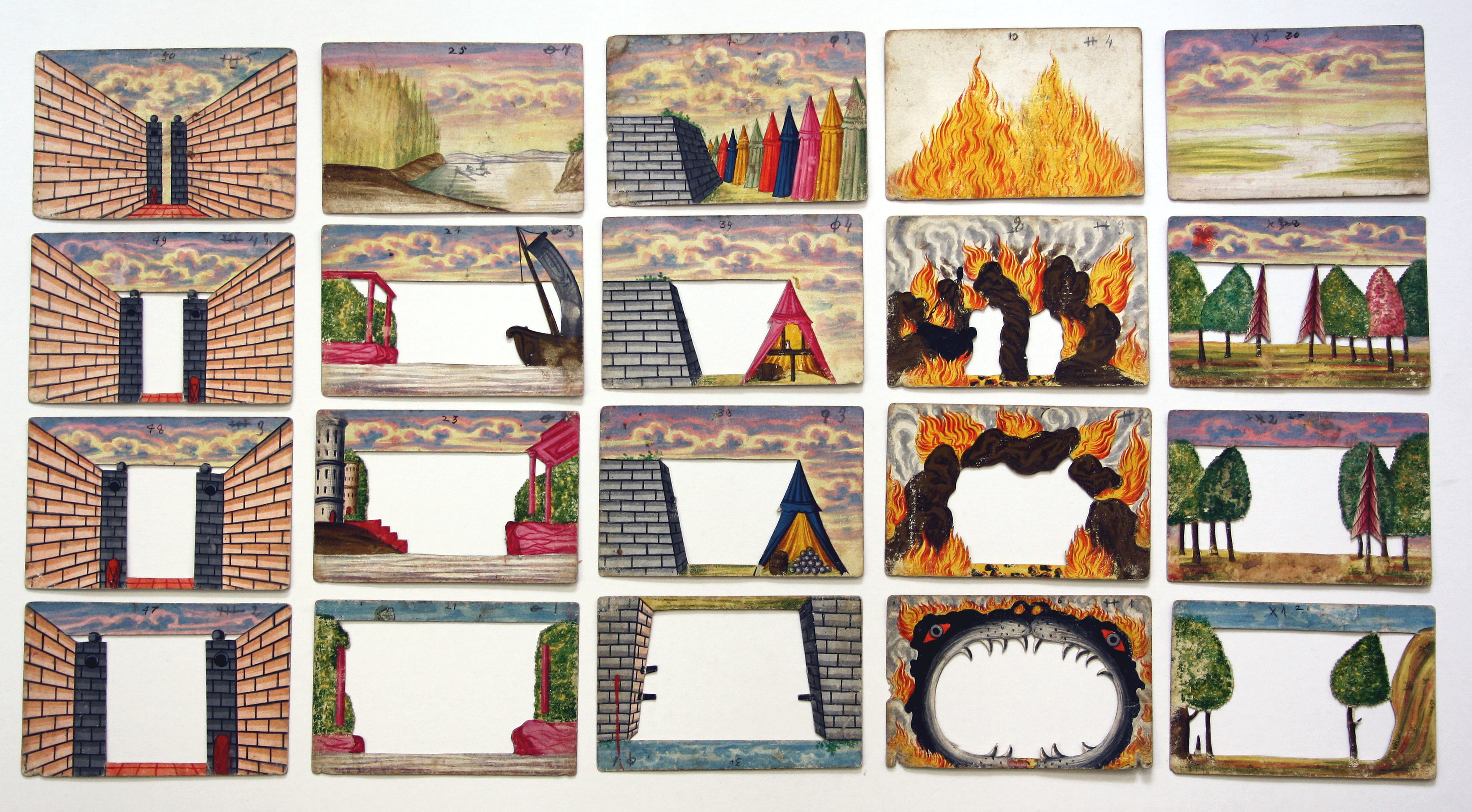 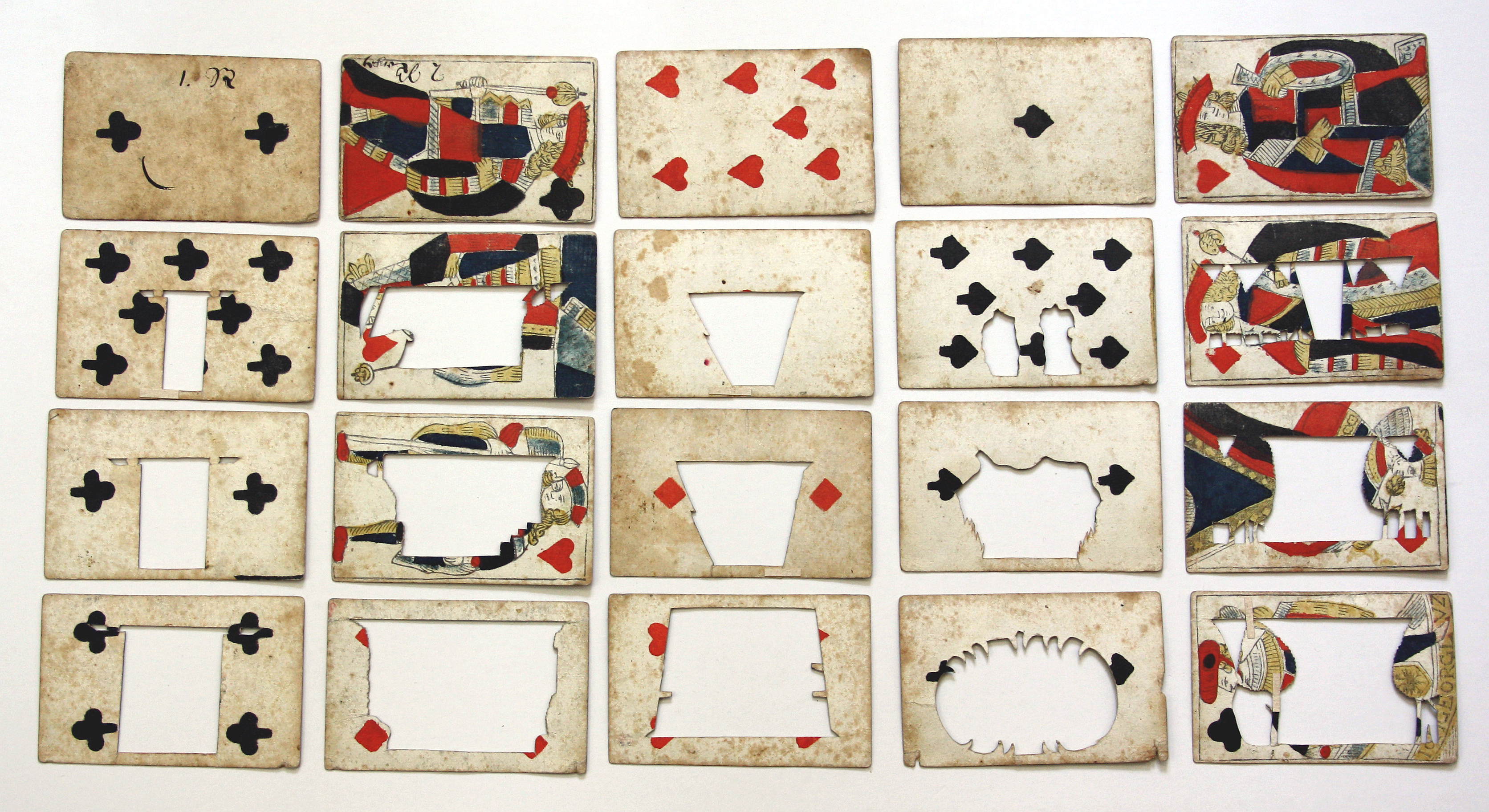 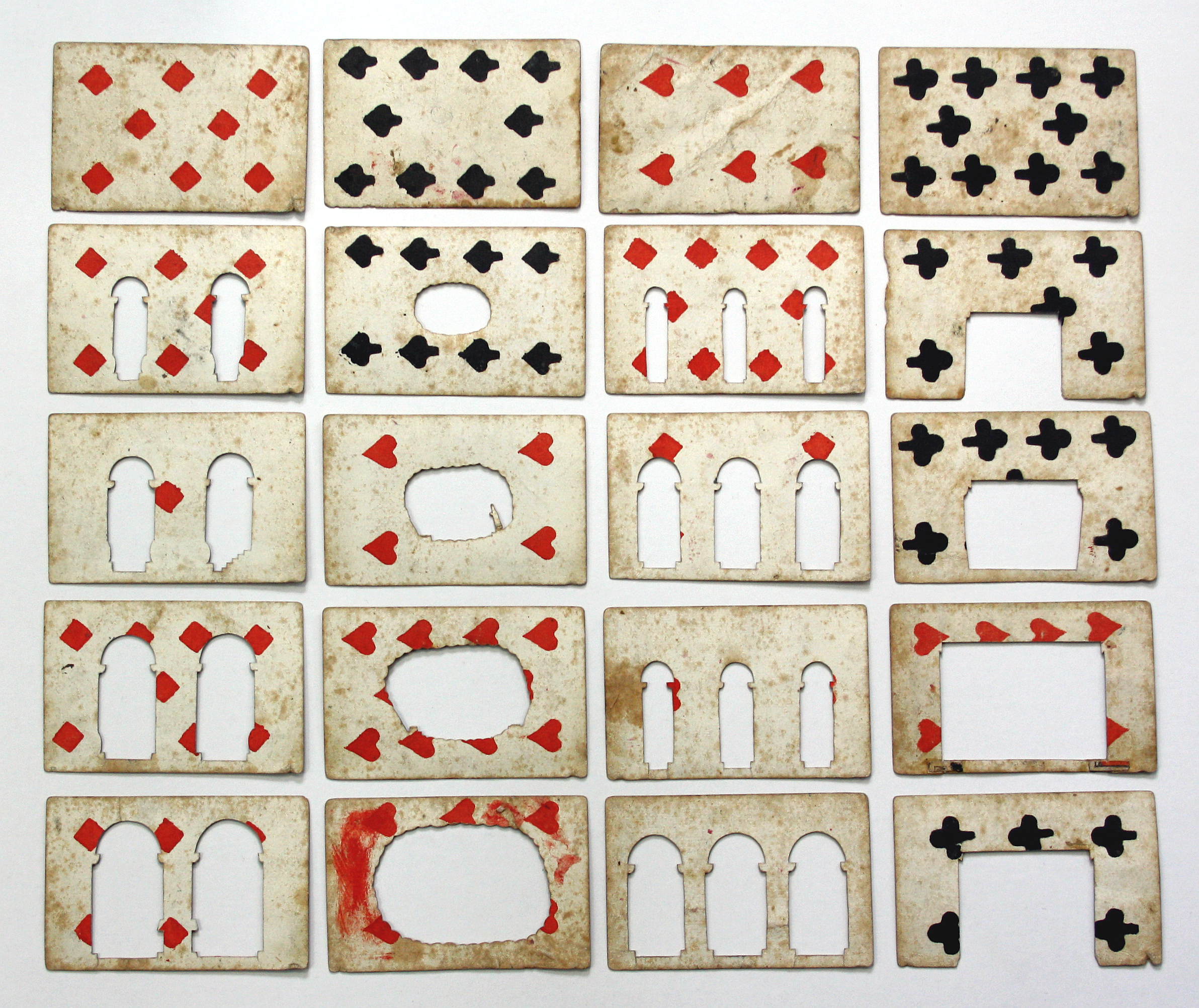