A German emigrant in America

Both volumes contain an important eyewitness account from a German emigrant about his emigration and his stay in America in the years 1839 and 1842. The author, Hermann Bardenwerper, was the son of the businessman Johann Ludwig Bardenwerper from Braunschweig. He was born in 1820 and served an apprenticeship as a merchant. On August 4, 1839 he emigrated with the frigate „Pauline“ to New York, where he arrived on September 16. It was only the second trip of the frigate „Pauline“ to America, which was especially built as emigrant ship in 1838. On this journey „Pauline“ had 177 passengers. Hermann Bardenwerper was one of 9 cabin passengers, the other 168 passengers were on the steem deck. Bardenwerper found a work in Philadelphia and stayed several years. The travel memories describe in detail his trip on the frigate „Pauline“ (39 pages) and furthermore his last voyage in North America in June-August 1842 (89 pages), in which he travelled from Philadelphia to Washington, New York and Canada. The manuscript contains descriptions of the following cities and landmarks: Wilmington, Baltimore, Harpers Ferry, Rhode-Island, Boston, Lowell, Albany, Trenton Falls, Rochester, Buffalo, Indiana, Niagara Falls, Lewiston, Oswego, Sackets Harbour, Kingston, Thousand Islands, Montreal and Quebec. It includes lenghty descriptions of his stays in New York and Washington, where he also visited a session in the United States House of Representations. On his trip Hermann Bardenwerper travelled on several steamboats, including the steamers Ohio, Burlington, Lady Colborne and Lord Sydenham. The diary (133 pages) records his last months in Philadelphia during the year 1842 (from January 1 to June 20), also including several stories, anecdotes and jokes. In 1842 it turned out that his father’s business in Germany needed his help. So on September 2, he took a ship from Sandy Hook and returned to Germany where he arrived on October 1. He took over his father’s business and later became a municipal councilor of Braunschweig. Early emigrant diaries from the 1830s and 1840s are very rare. The present one is all the more interesting, as his author came from a rather well known business family and later became an accepted German politician. 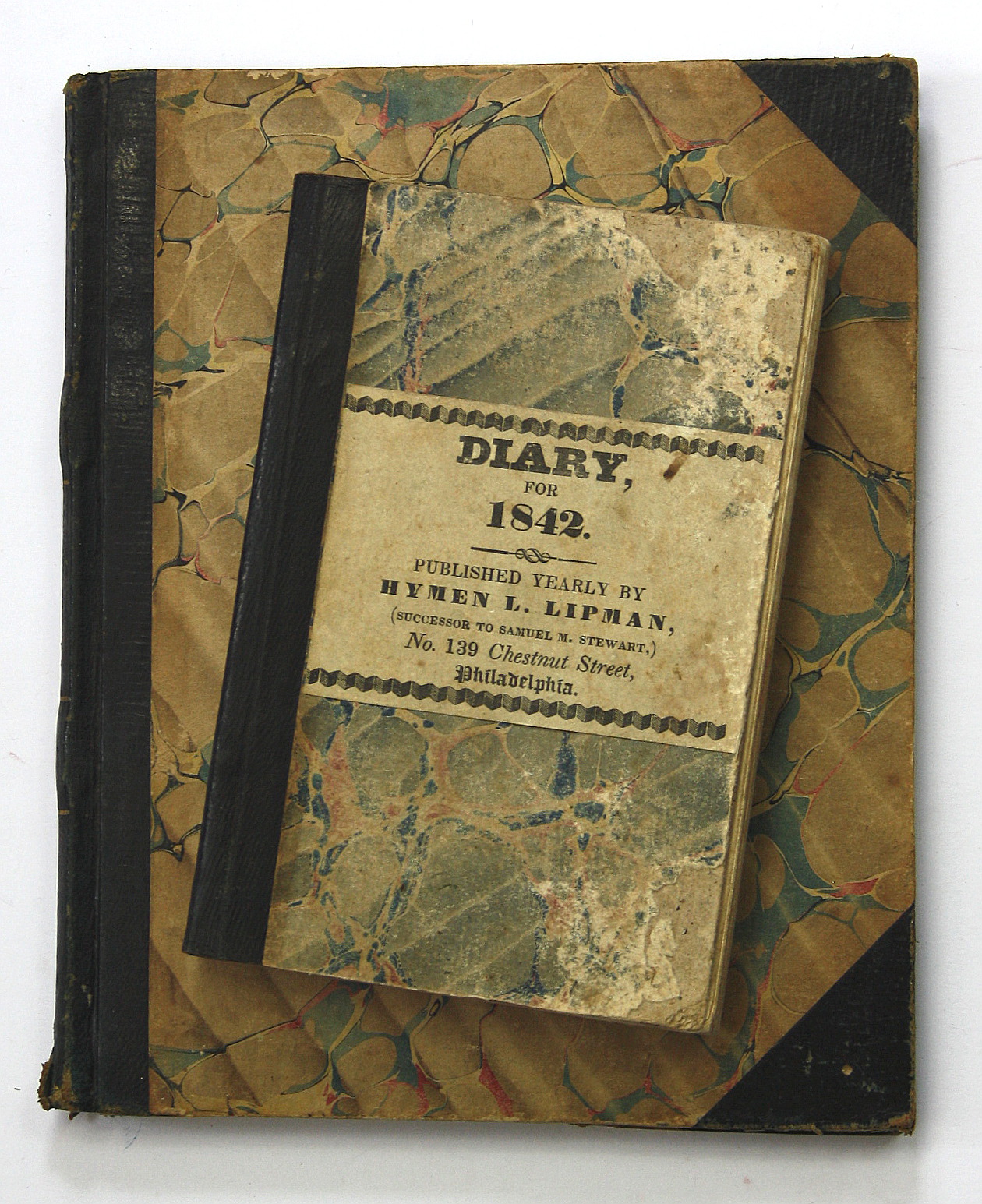 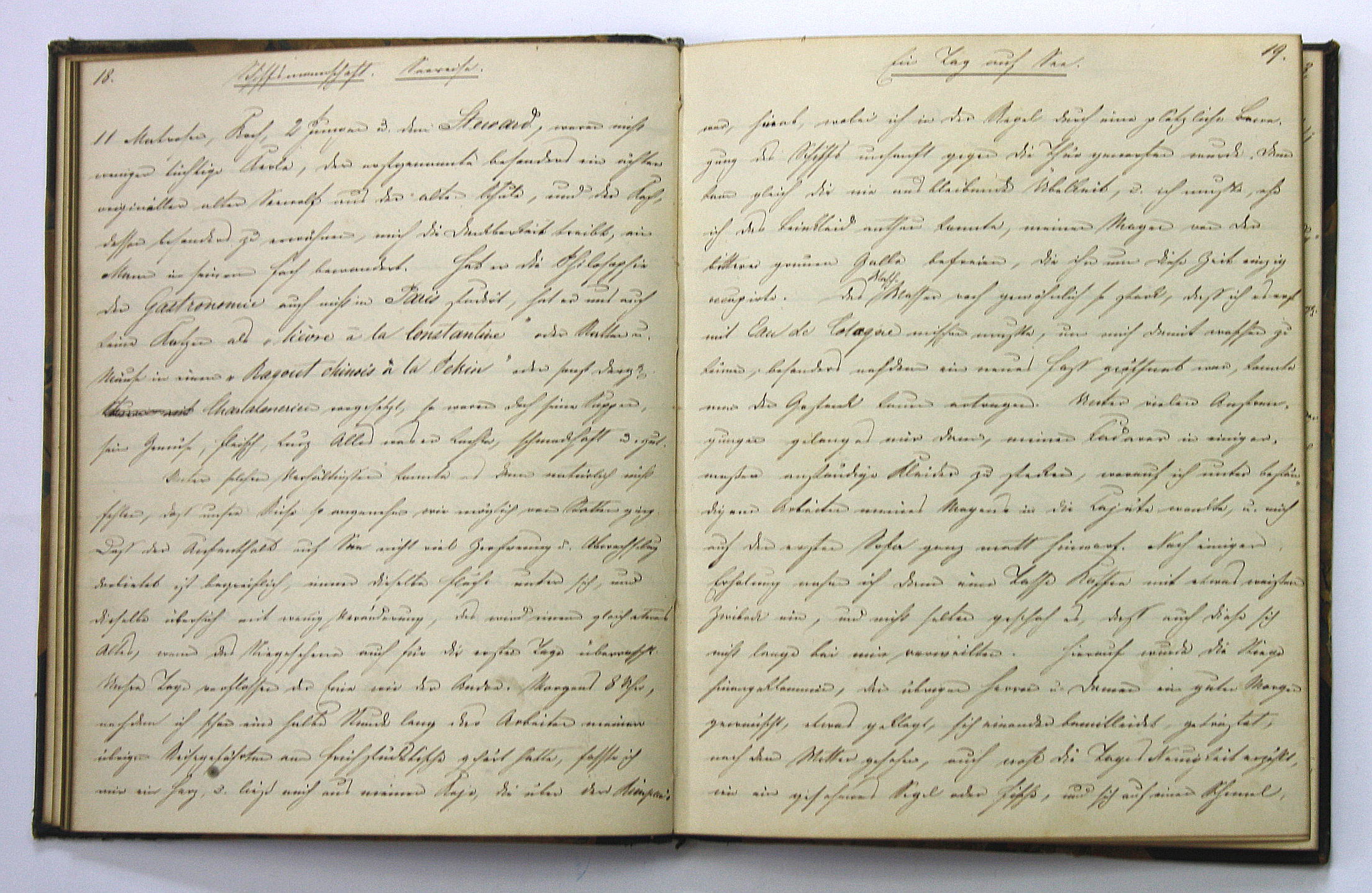 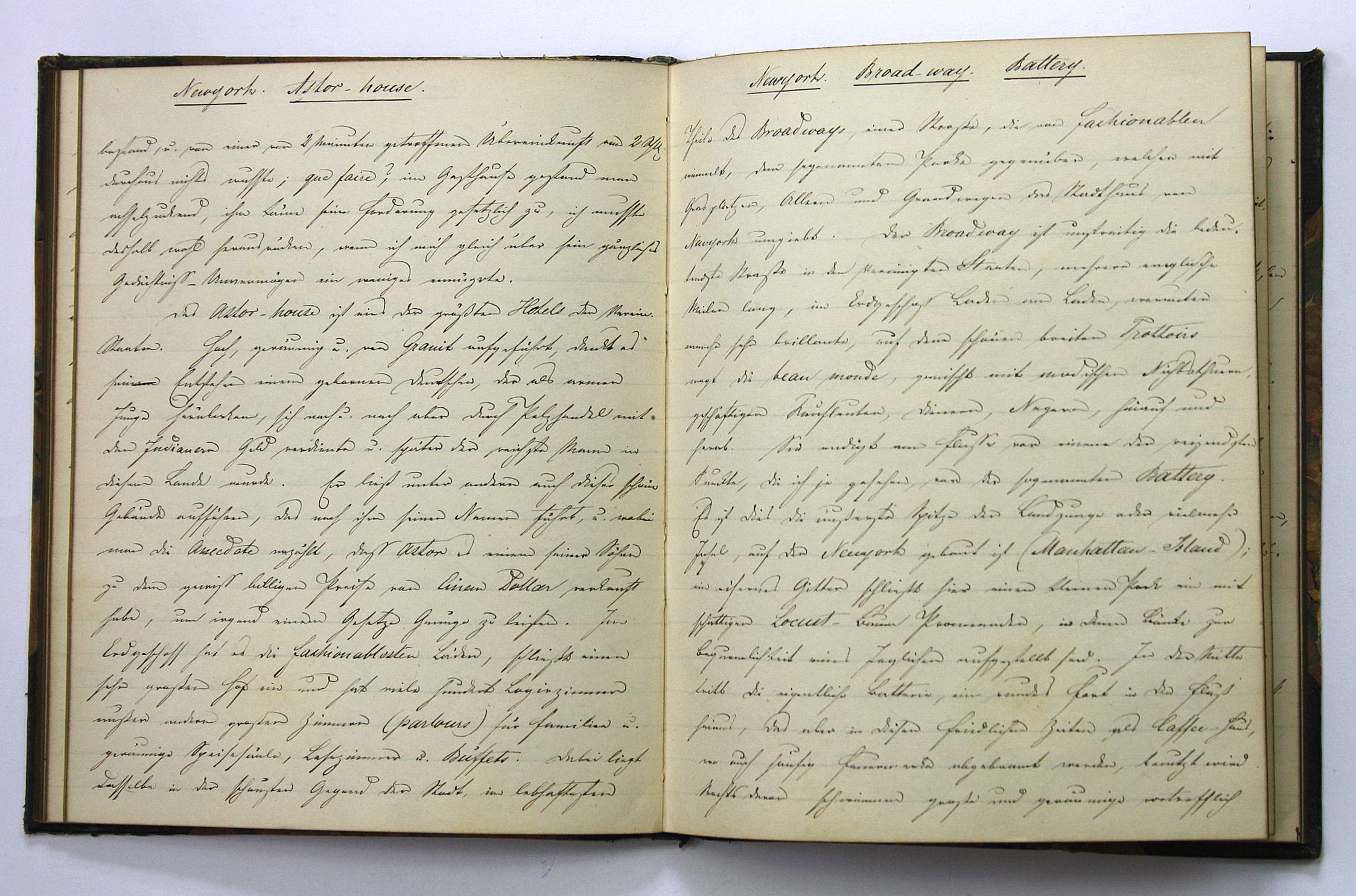