In the 18th century Cadiz was the most important Spanish port.. When the Spanish Empire was the largest in the world and had control of much of the American continent, over three quarters of Spain’s transatlantic trade passed through Cadiz. The present signal book was written shortly before the emancipation of the American colonies. It begins with a watercolour of the Royal coat of arms of Spain, followed by a watercolour of an English sailing ship and another from a sailing vessel of Honduras. The manuscript further incorporates 41 watercolour plates of naval flag signals, including different signals for Spanish ships, as well as for ships from Lima (Peru), Veracruz (Mexico), Montevideo (Uruguay), Cartagena (Colombia), Caracas (Venezuela), Honduras, Manila (Philippines), Windward Islands (West Indies), Napoli, France, England, Portugal, Denmark, Russia, Sweden, Malta, Genova and some other codes. At the end of the manuscript is a three page list of the ship launches of Cadiz in 1789, listing 57 ships with their tonnages. Signal books were much prized by their authors and were kept secret, to be destroyed rather than fall into enemy hands. – Spanish signal books from the 18th century are very rare. 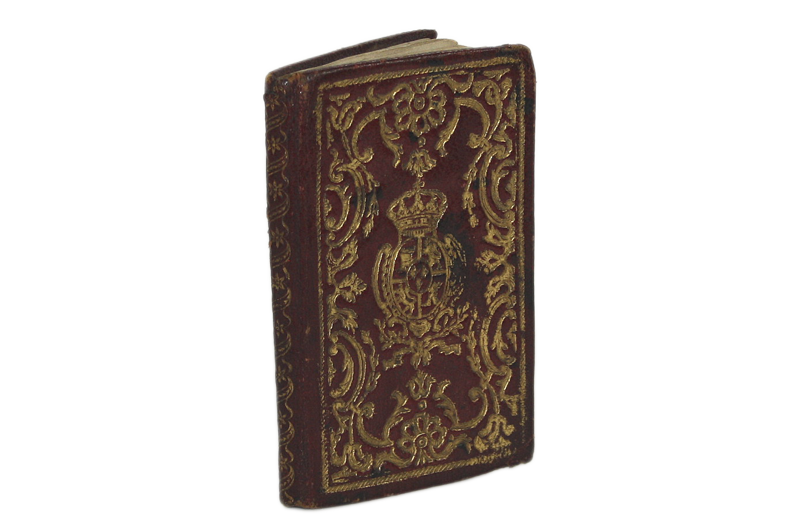 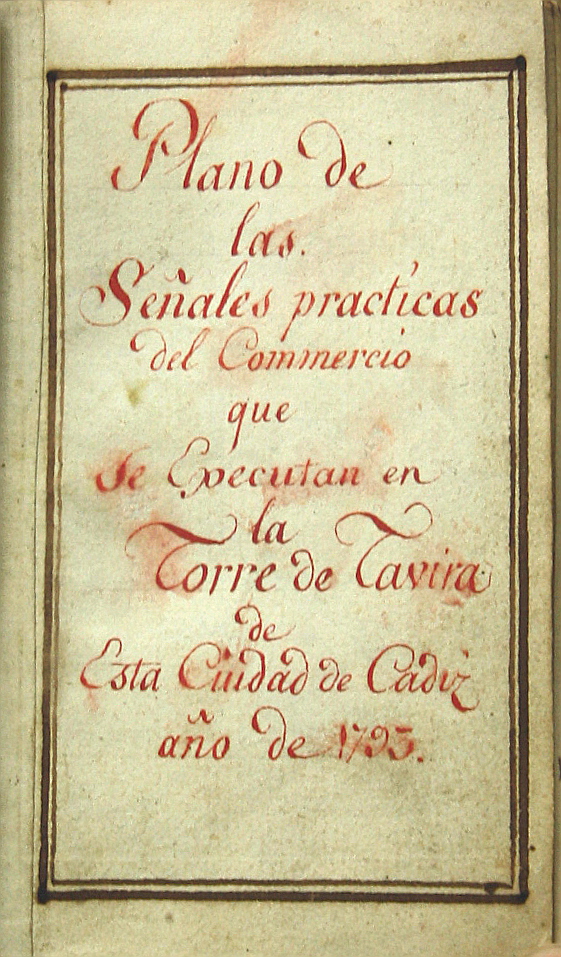 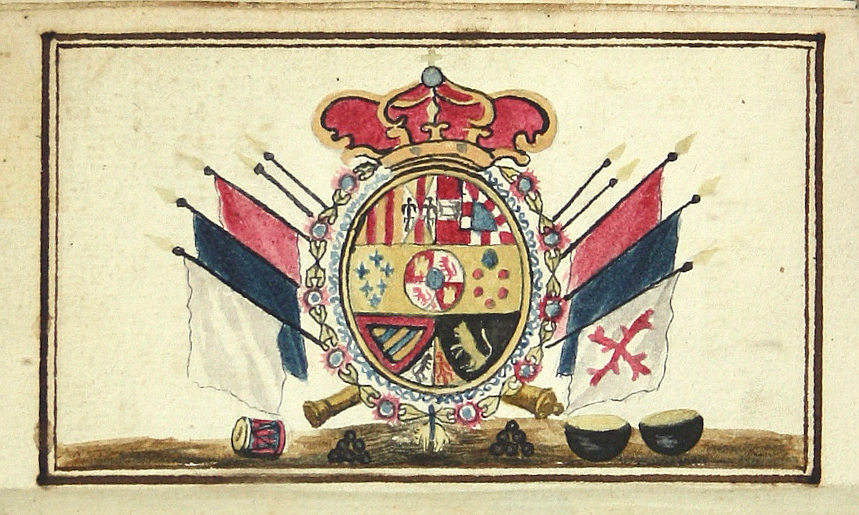 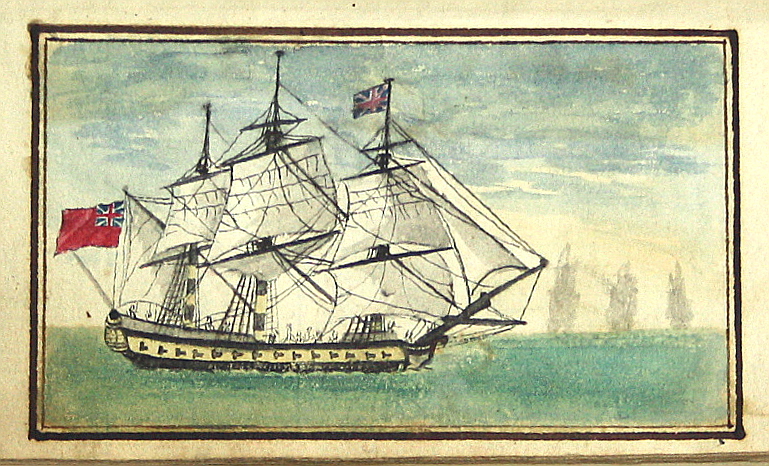 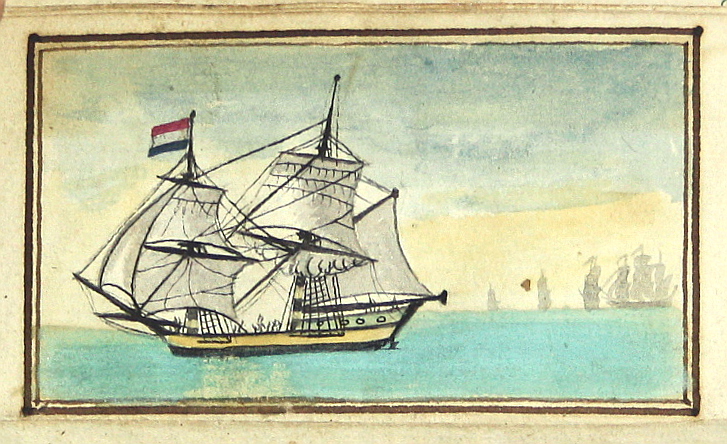 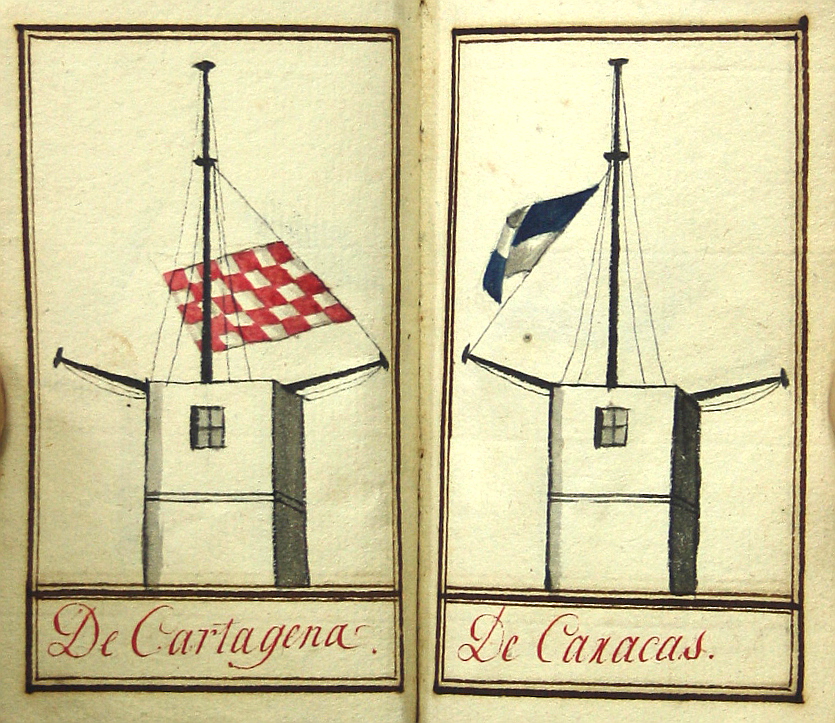 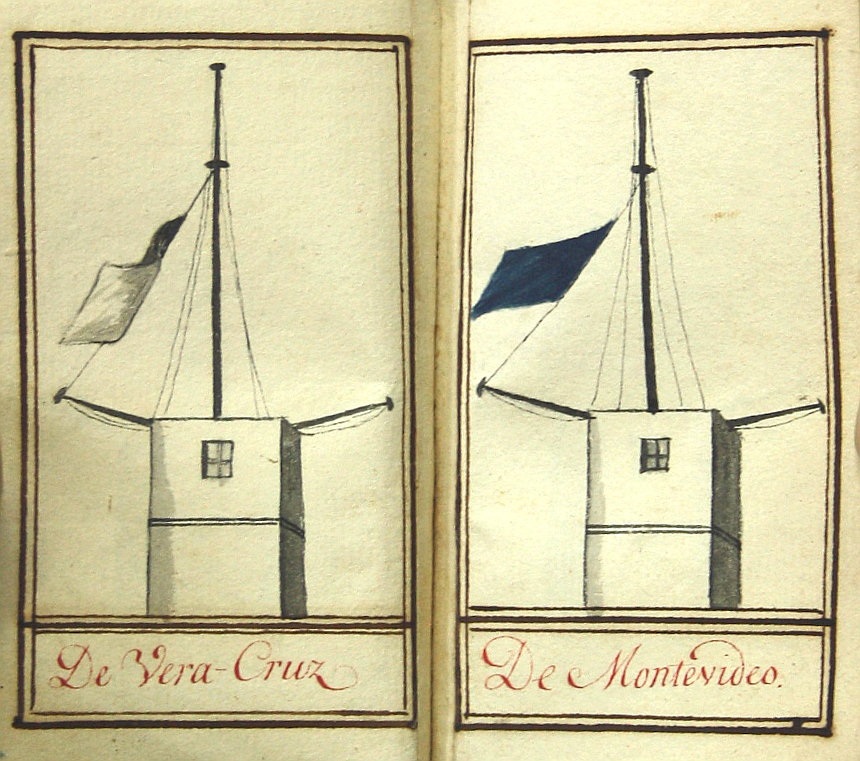 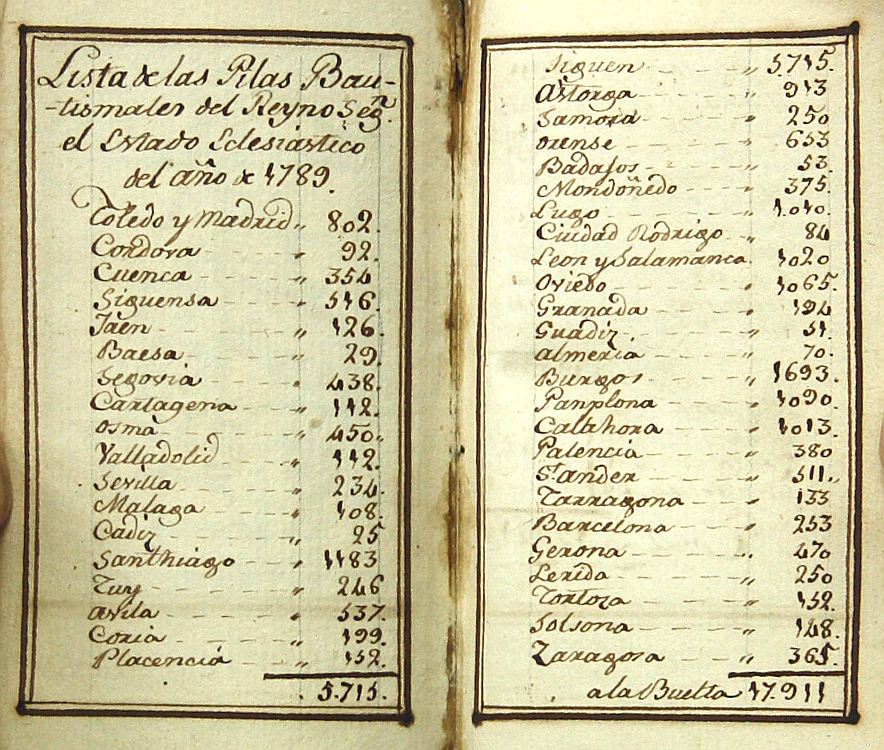