Startseite/Galerie, Gallery/Account of the famous 18th century La Pérouse expedition through Australasia and the Pacific

FIRST EDITION of the narrative of the famous La Pérouse expedition inthe late 18th century, which ended tragically with loss of all traces of the the crew’s two ships.

Out of the desire to complete the works of British explorer James Cook, France organizes an official expedition to explore a part of the American northeastern coast. The king Louis XVI confines this mission to Jean-François de Galaup, comte de la Pérouse (1741-1788?). He and his crew leave from Brest in 1785, onboard two ships: „La Bousolle“ and „La Astrolabe“. Their voyage crosses territories such as Hawaii, Alaska, California, the Easter Island, Chile, the Sandwich islands, Manilla, New Zealand, Japan, Australia.

In 1788, communication with the expedition and its crew is lost, and this is the year when the ships are thought to have sinked. However, from Kamchatka (1787) La Pérouse dispatched a messenger to travel across Russia with his writings. Therefore, although he and his crew disappeared after sailing north from Botany Bay on 10 March 1788, the government in France was able to publish the greater part of his records.

The voyage of renowned French naval officer and explorer La Pérouse is a highly important scientific expedition of the 18th century through the Pacific, Australasia and the American East Coast. 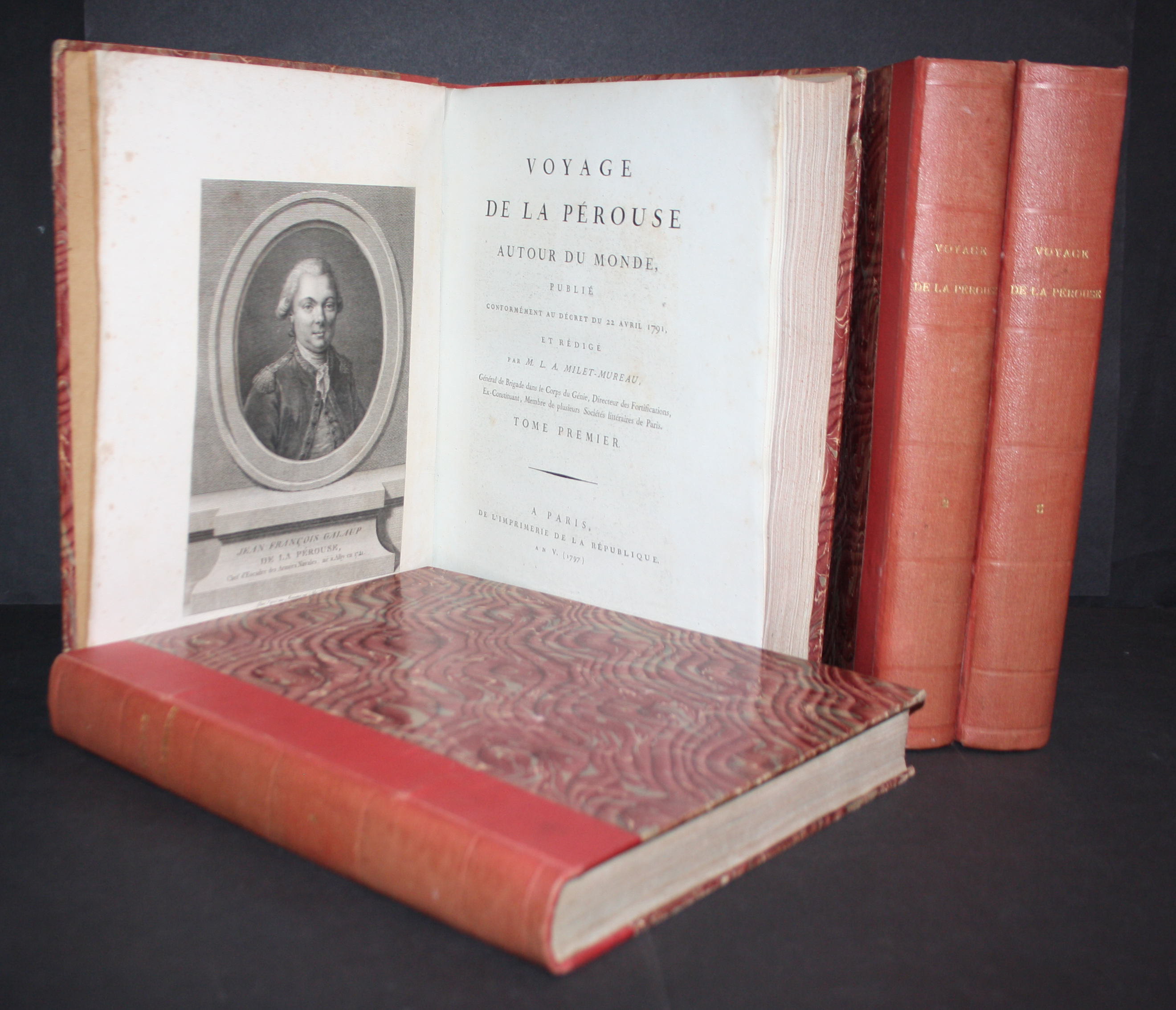