Startseite/Bestand/Books/Geographie, Reisen, Länder- u. Völkerkunde, Handschriften/Important manuscript of a safari in British Somaliland in 1896

Important manuscript of a safari in British Somaliland in 1896

The present manuscript diary was written by Albert Edward Leatham (1859-1948), a professional, English cricket player and big game hunter. It depicts  a safari in British-Somaliland in 1896 which was undertaken by himself and his cousins Alfred Edward Pease (1857-1939) and Edward North Buxton (1840-1924), two of the world’s most famous big game hunters of their age.

Both Pease and Buxton, also took part in Roosevelt’s celebrated East Africa Safari in 1909. Buxton and Frederick Selous helped Roosevelt to plan his trip. Through douzens of meetings the three men carefully chose routes, personnel and equipment. Roosevelt himself considered Buxton as „one of the most potent teachers and pioneers“ of big game hunting. Buxton and Pease were also amongst those who made donations of Roosevelt’s notorious Holland & Holland double rifle. Buxton himself, leading the list of donors. Pease later became a pioneer settler in British East Africa, now Kenya.

All three men were already well-seasoned travelers and remarkable big game hunters, but this trip probably was their first – and possibly only –  shared together. Buxton’s part of the Safari is well documented in his book, „Short stalks. Second series.“ (1898) on pages 1-63. Pease wrote briefly about his experience in his article: „Some account of Somaliland…“ (Published in Scott Geographical Magazine 14 in 1898 (p. 57-73) and Leatham published some of his experiences in his book: „Sport in five continents“ (1912) (p. 127-141).  Further members of the safari included Helen Ann Fowler (1858-1910), the first wife of A.E. Pease, Celestin Passet (1845-1917), a well known french mountain guide, wo was an admired member in many of Buxton’s earlier expeditions, and Joseph Haich, a dragoman from Syria. On December 31, 1895 Leatham, Pease and his wife began their journey from Victoria Station, London. Buxton, Passet and the other members, joined the group a few days later in various locations. On January 14 the safari started from Bulhar with 48 men, 48 baggage camels, 8 ponies and Buxton’s running camel. The squad included an Egyptian cook, a Syrian kitchen help, 2 head men, 23 camel men, 1 donkey boy, 2 bearers and other servants of which 24 were armed with snider riffles that had been lent to them by the Government from the Aden arsenal. For the next two months, Leatham and his companions continued hunting in the areas of northeast Somaliland. Their camps were pitched some hours away from cities such as Hargeysa, Halisa, Berbera, Durdur’Ad and Sattawa.

The diary gives an authentic and detailed insight into the daily sequences of a safari, offering a plethora of useful information on hunting etiquette. It also includes informations which usually wouldn’t have been published, such as Leatham occasionally expressing his antipathy for both Pease’s and Buxton’s hunting methods. Leatham reports many interesting meetings with Somali natives, describing their habits, and fashion and revealing many differences between european and african culture. Several passages of the manuscript deal with the hunt of lions. The group used ponies and donkeys as bait, but rarely got the opportunity to make visual contact. On march 7th, after numerous days of following the lion tracks and hiding beneath water holes, Leatham became the first to accomplish the kill. The manuscript is illustrated with 108 original photographs, mostly show natives, camps, sceneries, as well as some scenes with Pease, Celestin Passet and a group photo of Leatham with both Mr. and Mrs. Pease.

The manuscript’s end offers several rivetting pieces expressing detailed information on the present safari. They include requisits, clothes, provisions, camp furniture, medicine kits, as well as the different wages for servants. There are several estimations included for future safaris, and a complete list of animals hunted by Leatham, Pease and Buxton. Alltogether the bag was 133 big game and about 100 small game animals. The list includes but does not limit to kudus, oryx, gerenuks, dik-diks, warthogs, hyenas, bustards, guineafowls, an ostrich, a leopard, as well as the lion. Overall 10 camels and 2 ponies were lost during the safari. On march 19th the remaining camels and ponies were sold at auction at Berbera. At last Leatham bought several Somali weapons such as spears, arrows and bows for his collection of native artifacts. The group left Berbera on March 22 and arrived in Paris on April 3.

The present manuscript stayed unpublished to this date. 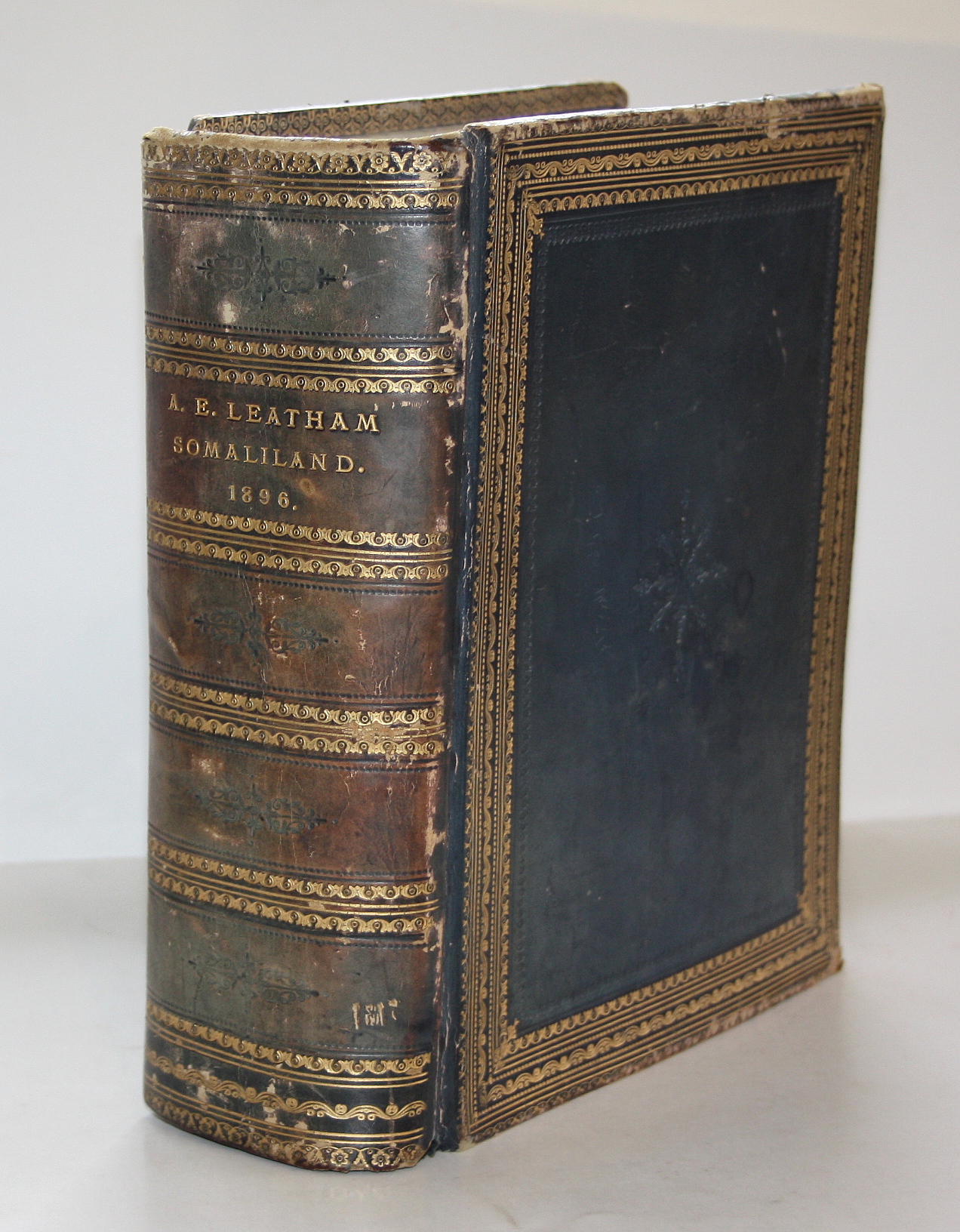 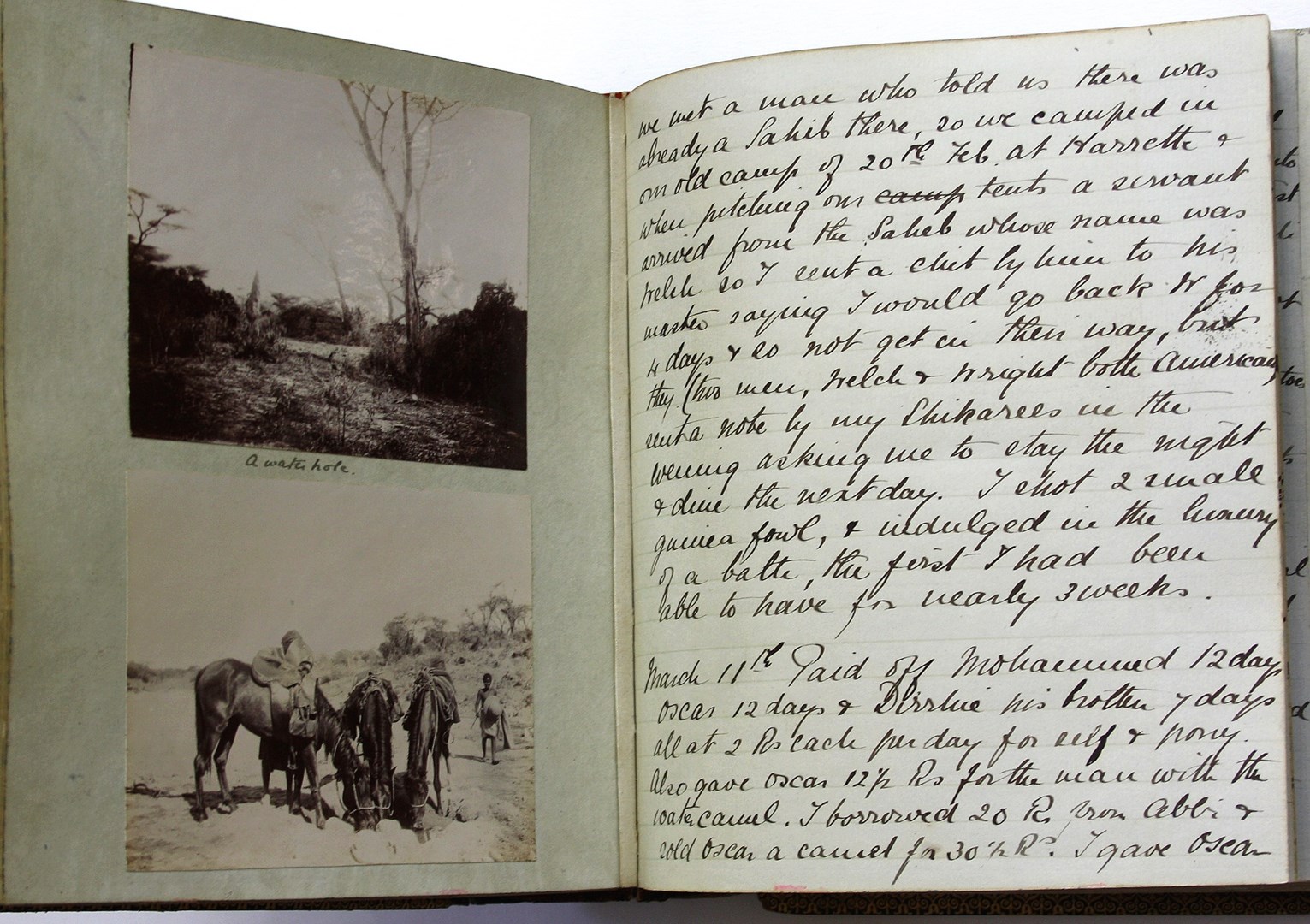 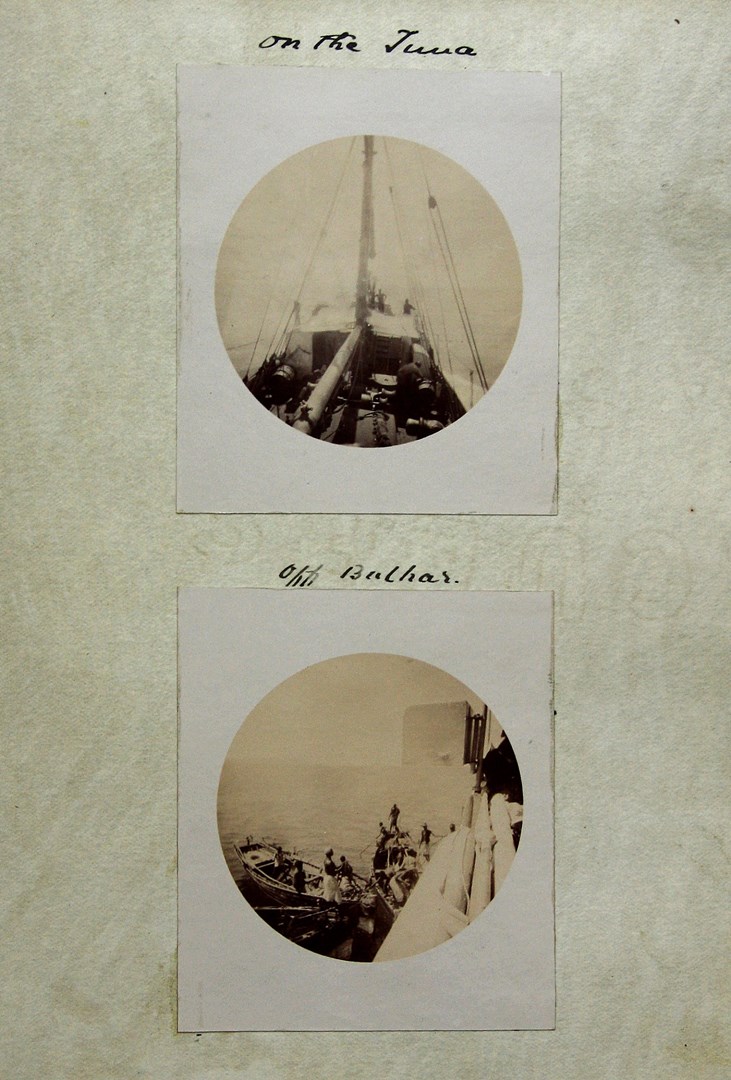 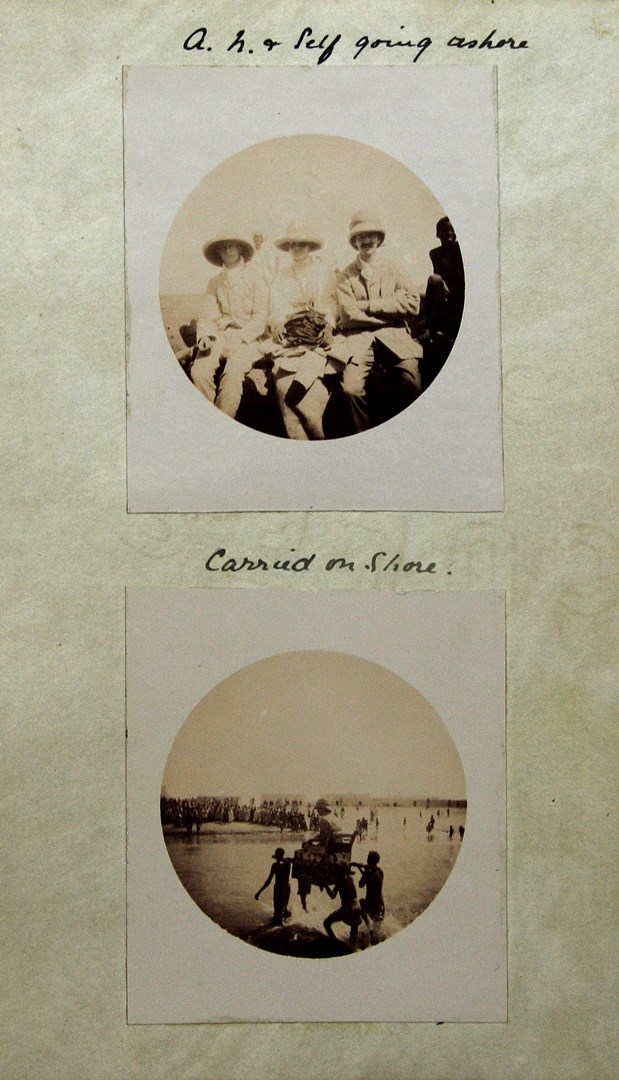 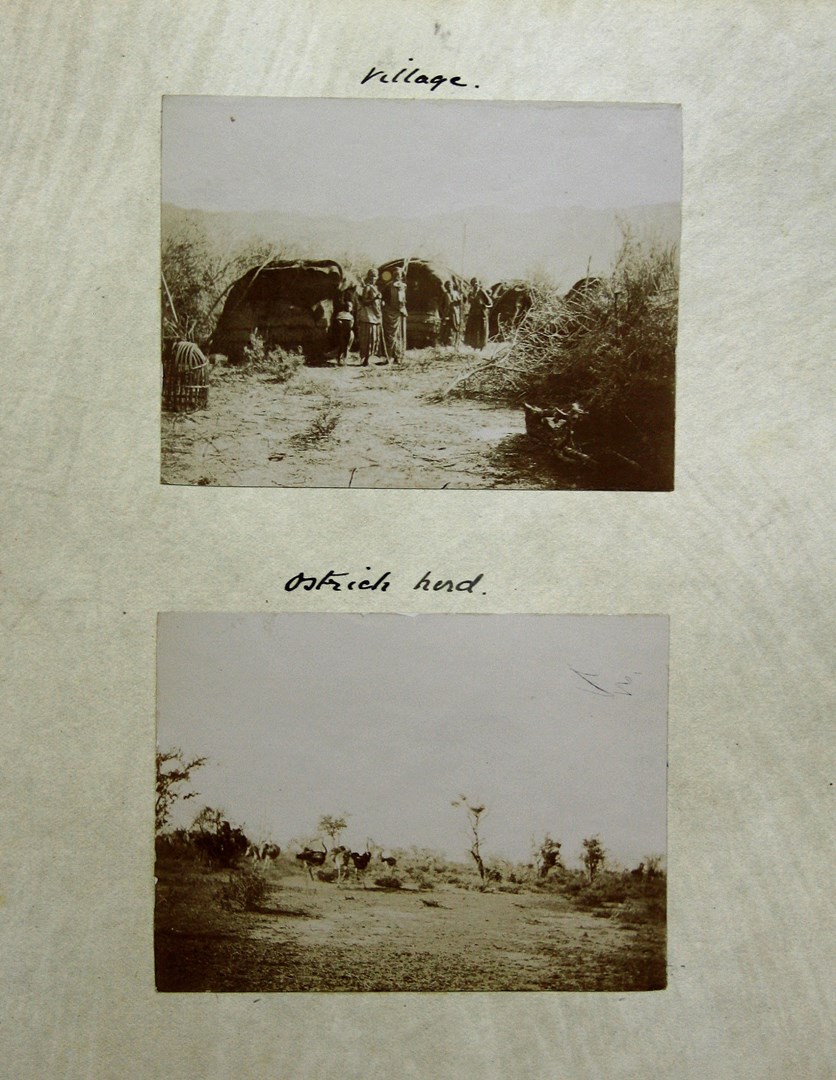 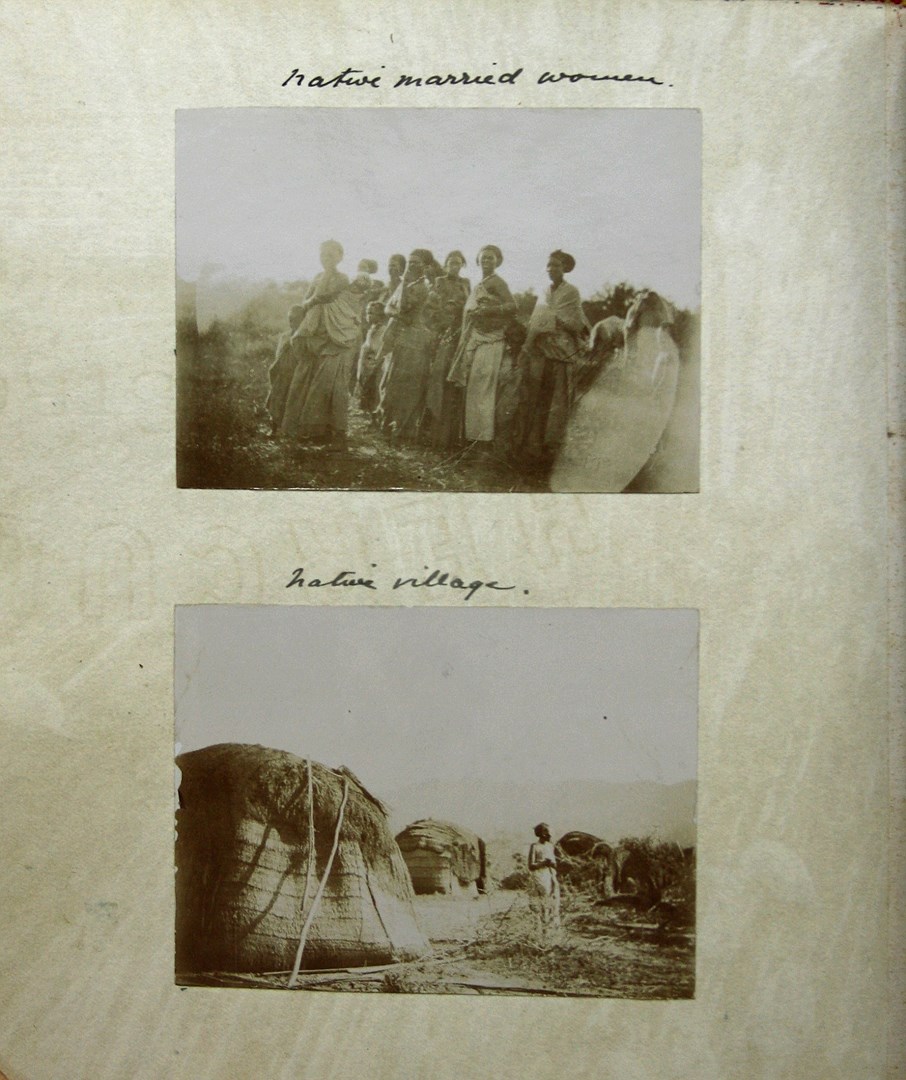 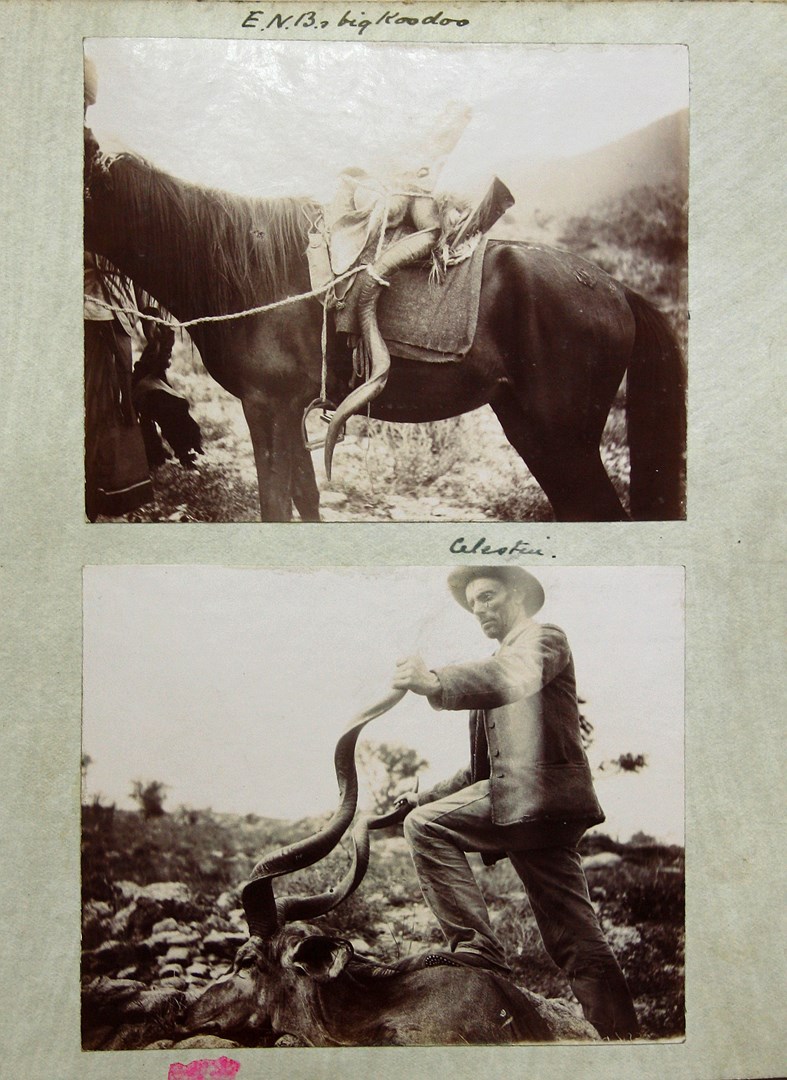