Antique playing cards are sought-after rarities today. Much rarer than the cards themselves are the printing blocks with which they were printed. Woodcut is the most common and longest used printing technique for playing cards. The present woodcut blocks represent the Minor Arcana of a pack of tarot cards with Italian suits. Marseille’ tarot cards, with Italian suit symbols on the minor cards, first arrived in France from Italy in the first half of the sixteenth century and then flourished in South-Eastern parts of France and neighbouring parts of Switzerland and North-West Italy. The present court cards resemble a game by Charles Madigne from Estavayer-le-lac from 1771 (Schweizer Spielkarten. 1978, p. 192). Both printing blocks are monogrammed with R.P. on the back, which should be the monogram of the cutter.

The rise of France as an international fashion center under Louis XIV (1643-1715) promoted the popularity of French court styles. Shoes were adorned with decorative buckles, a style that remained higly fashionable until the 1780s. The figures on the present woodcut blocks all wear French buckle shoes.
The first block comprises 15 court cards: Roy (King), Reine (Queen), Cavalier (Knight) and Valet (Page) of Coupes (Cups), Deniers (Coins), Spee (Swords) and Baston (Wands) – (lacking the Page of Swords). The second block comprises the Two’s, Three’s and Four’s of Swords (Spee), each of them 5 times.

Both blocks have some wormholes. The first block has several marginal abrasions, also affecting the corner of one card (Knight of Swords). The second block has only very small abrasions. 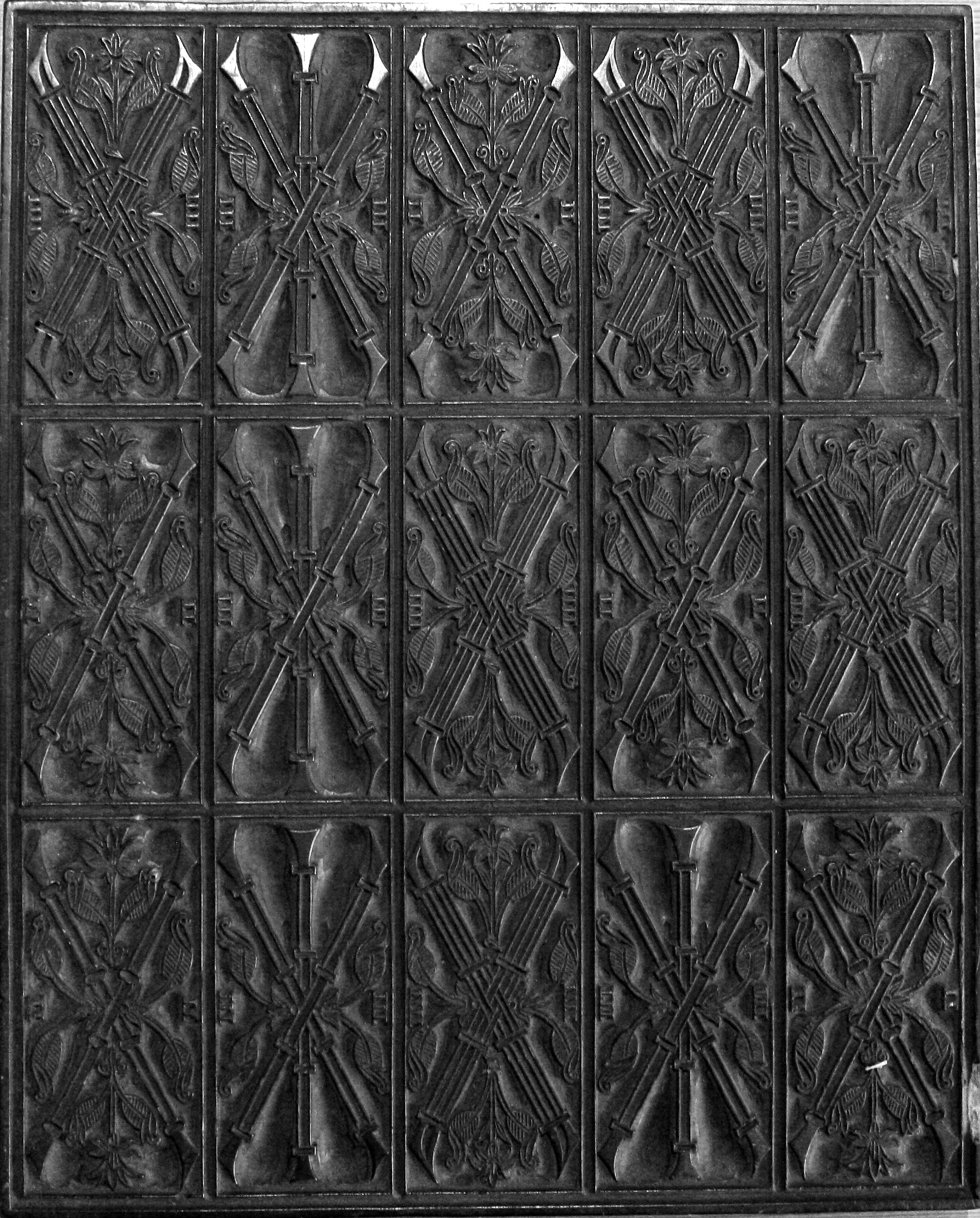 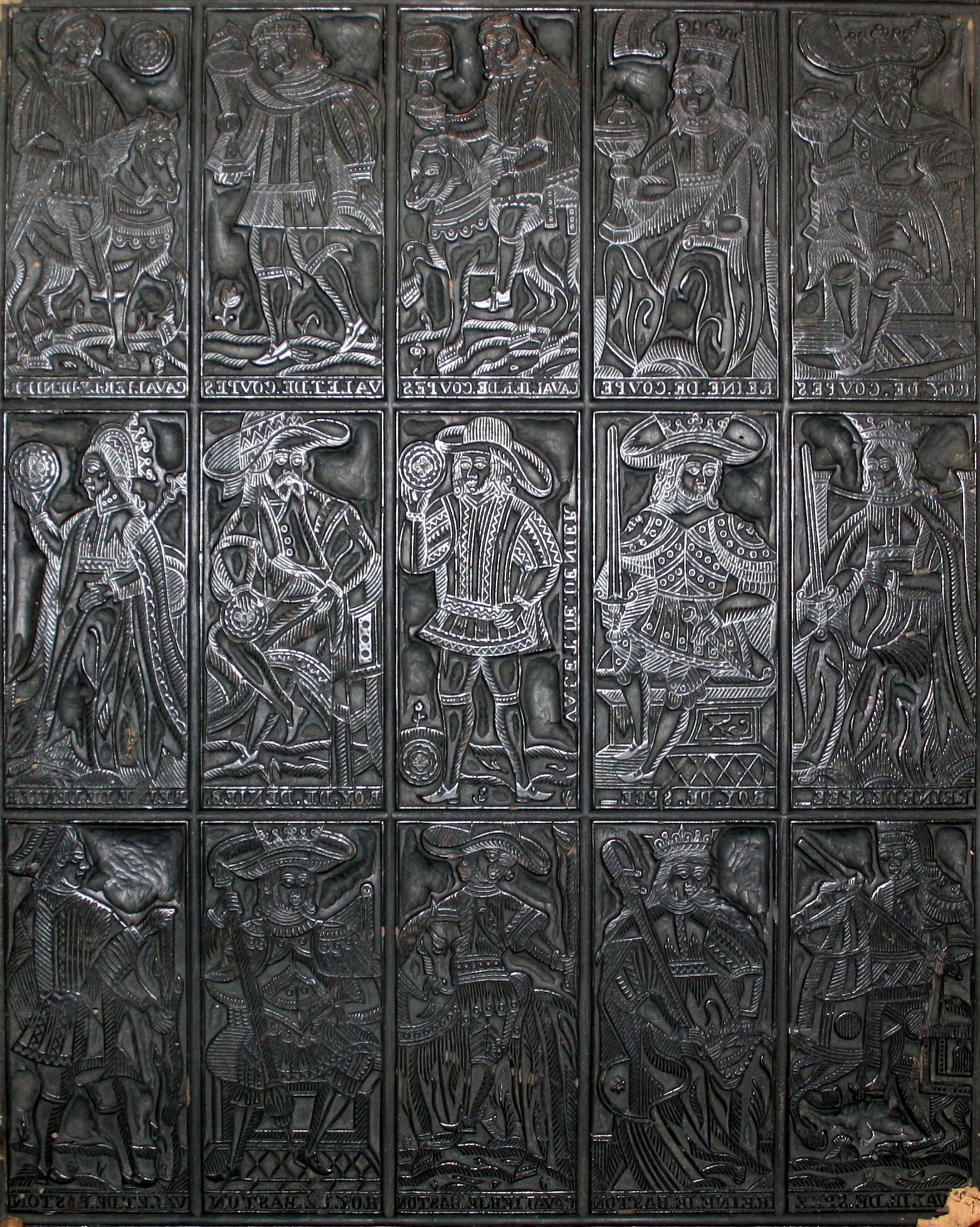