Startseite/Galerie, Gallery/Göbl’s famous tarot for the wedding of Emperor Joseph II with Maria Josefa of Bavaria

The most beautiful of Göbl’s Tarot games. The game was published on the occasion of the disastrous marriage of Emperor Joseph II with Maria Josefa of Bavaria, forced by Empress Maria Theresa in 1765. Maria Josefa was a daughter of the Bavarian Elector Karl Albrecht and Maria Amalie, a daughter of Emperor Joseph I. She is described as less attractive and witty, but was considered as warm and good-natured. She tried in vain to win the affection of Joseph II, but was consistently ignored by him. The marriage was probably never consummated. Maria Josefa got an humiliating position at the Viennese court and died only 2 years later, when a smallpox epidemic affected many members of the Maria Theresa family.
The 21 tarots represent the procession, which was held on the occasion of the marriage. The wedding loader rides ahead followed by the hosts in the first carriage and the bridal couple in the second carriage. Following the pastor with his wife, and further noblemen costumed as gypsies, huntsmen and farmers. After the procession the members of the elctoral court hold a banquet. 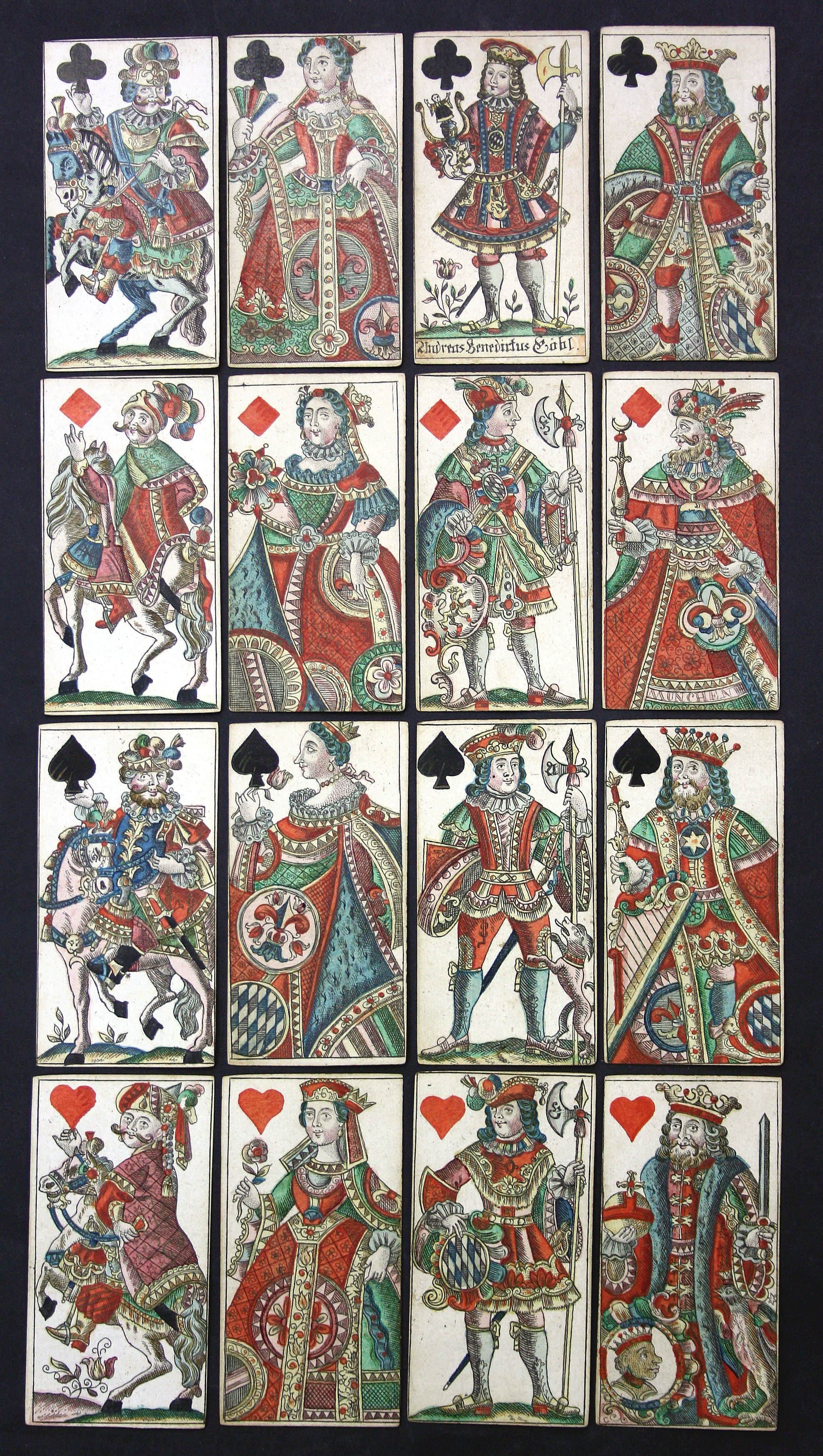 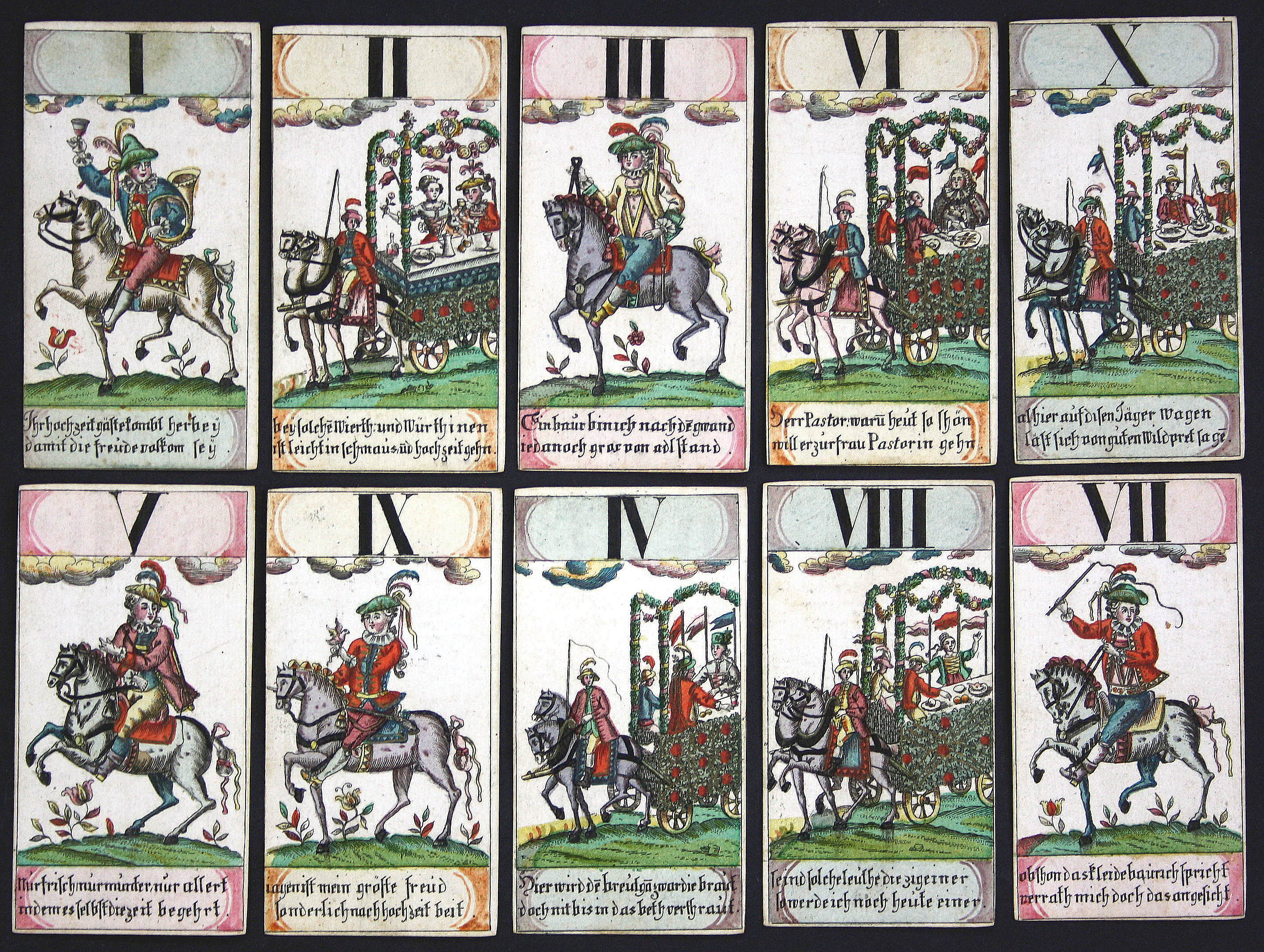 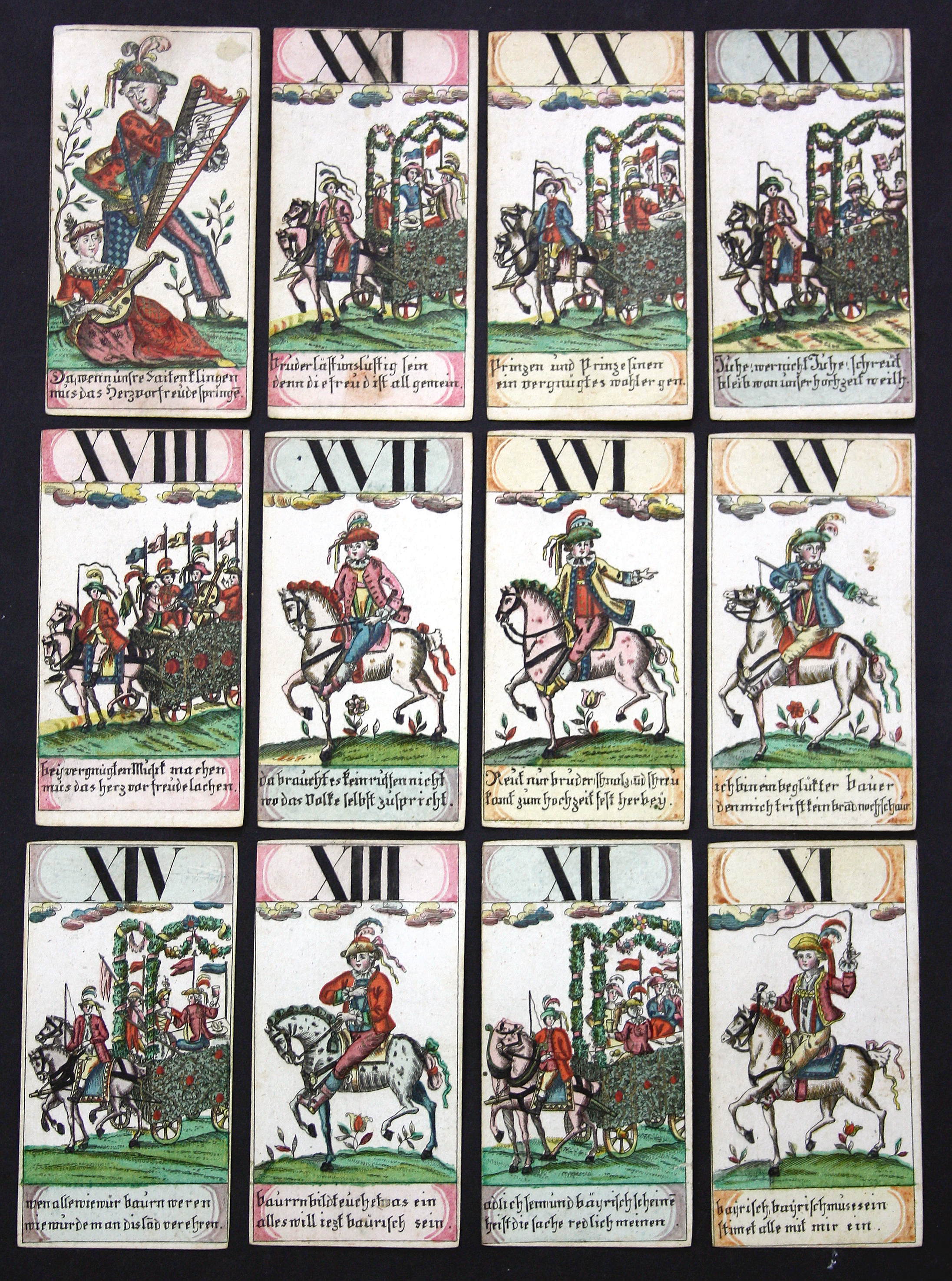