George III holds a tiny Napoleon on the palm of his right hand, and inspecting him through a spy-glass. This is a reduced version of Gillray’s famous caricature published 1803 by Hannah Humphrey in London. Lilliputian Napoleon became a favourite caricature subject. 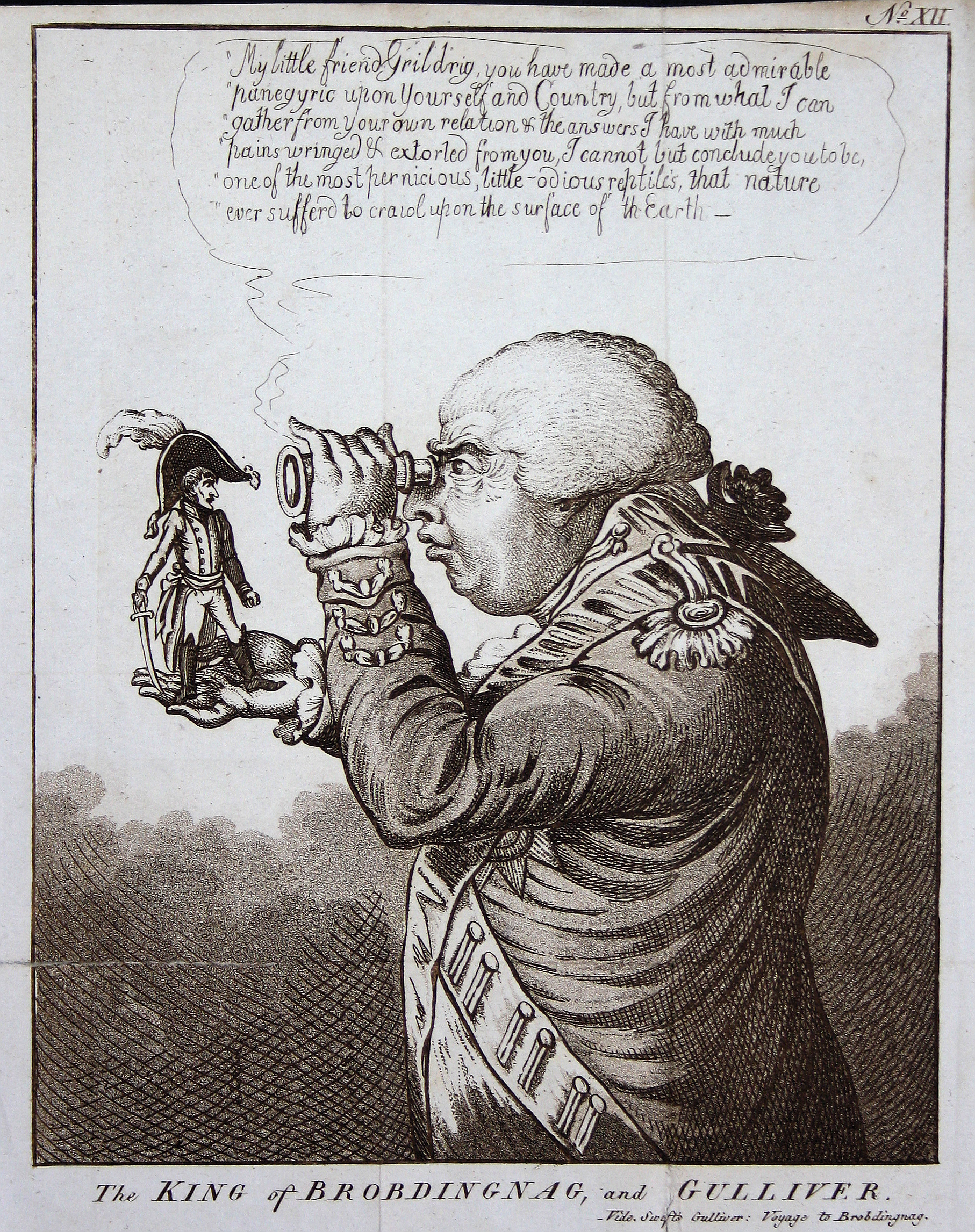