George III holding a tiny Napoleon on the palm of his right hand, and inspecting him through a spy-glass. The words he speaks to Napoleon are cited from Gulliver’s travels. Very rare unauthorised copy of one of the most famous Napoleon caricatures by James Gillray which was first published on June 26th 1803 by Humphrey at London. Our pirate copy was printed only 5 days later, most probably in London, even though the inscription states Dublin as the printing place and ‚James Gilderoy‘, obviously a spoonerism of ‚James Gillray‘, as the printer. George III in profile scrutinizing Napoleon through a glass becomes a favourite caricature subject. 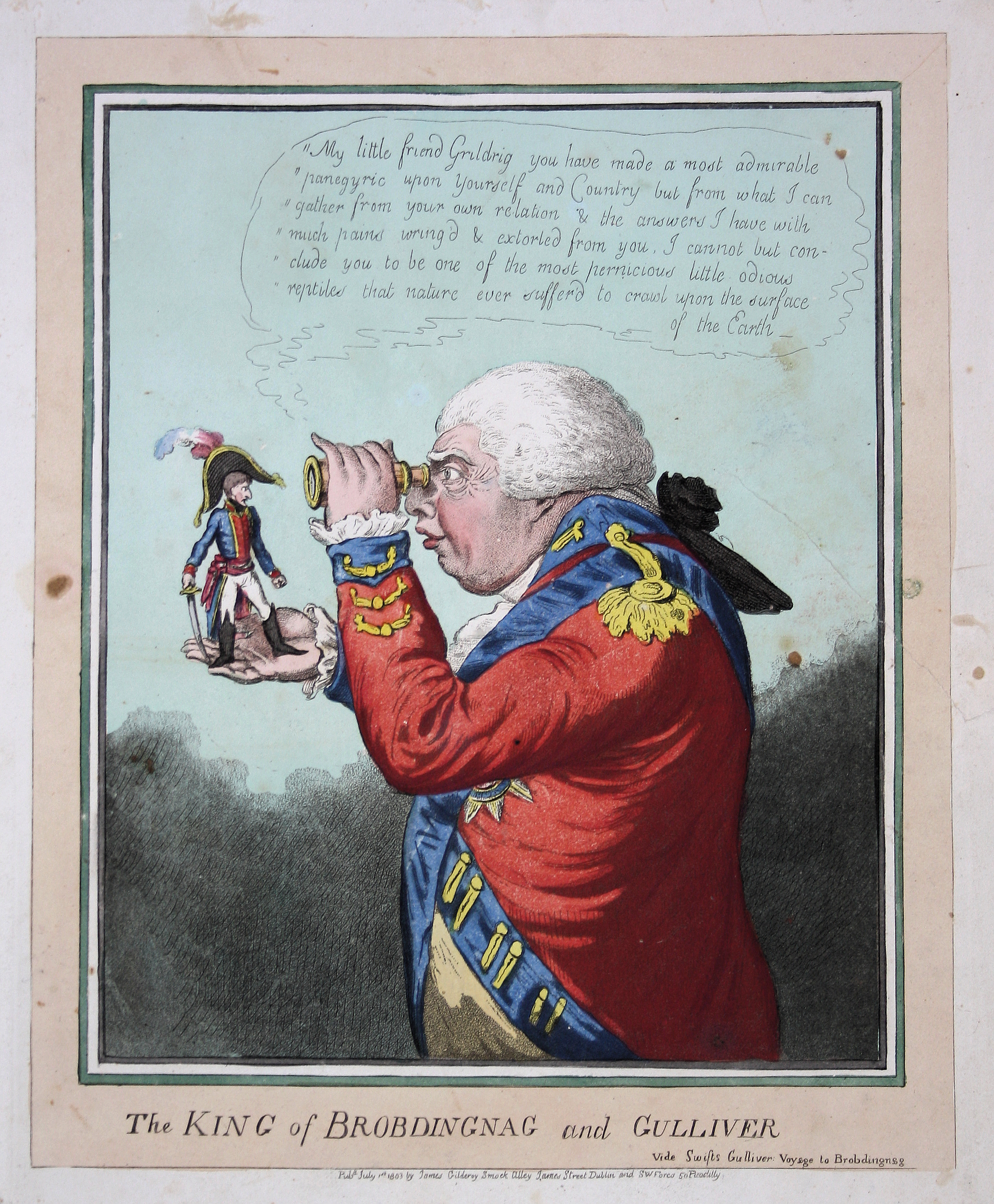