Lord Hawkesbury as a drummer boy marching before JohnBull, leading an English crowd to Paris. „Hawkesbury is attacked for surrendering British interests, acting under the orders of Pitt, and for misleading the peace-loving John Bull who is urged to destruction by a Jacobinical and pro-French Opposition“ (BM Satires) This is a reduced version of Gillray’s caricature published in 1801 by Hannah Humphrey in London. 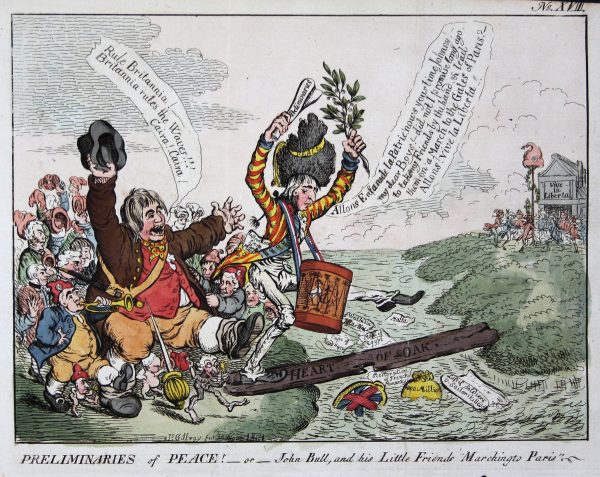