Members of the British opposition receiving the news of Nelson’s victory at the Battle of Aboukir Bay. The politicians are disappointed and depressed, as before they all predicted a defeat of the British navy. This is a reduced German version of Gillray’s caricature published 1798 by Hannah Humphrey in London. 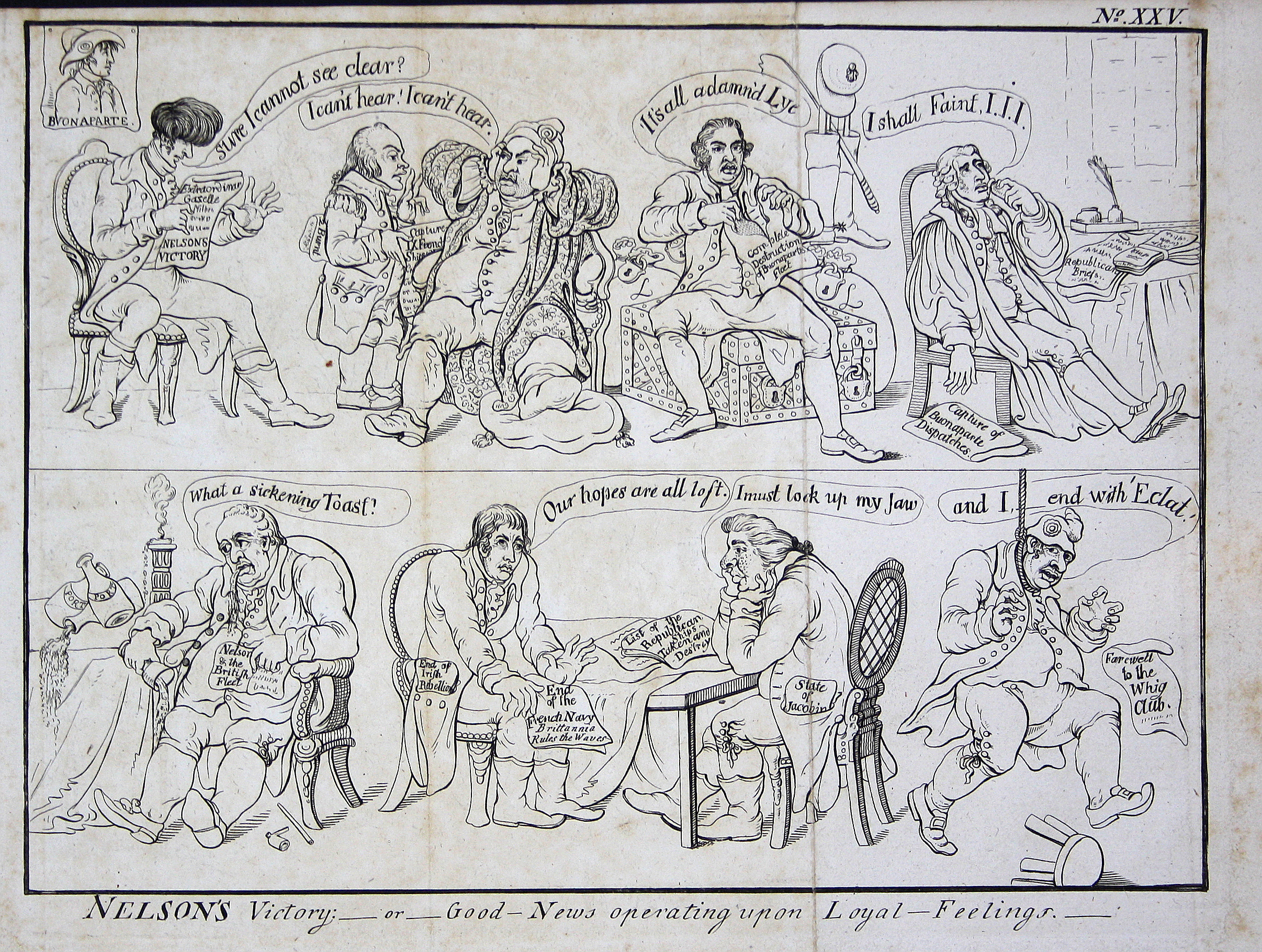