John Bull eating French ships which are brought to him by British admirals. This is a reduced version of Gillray’s caricature published in 1798 by Hannah Humphrey. 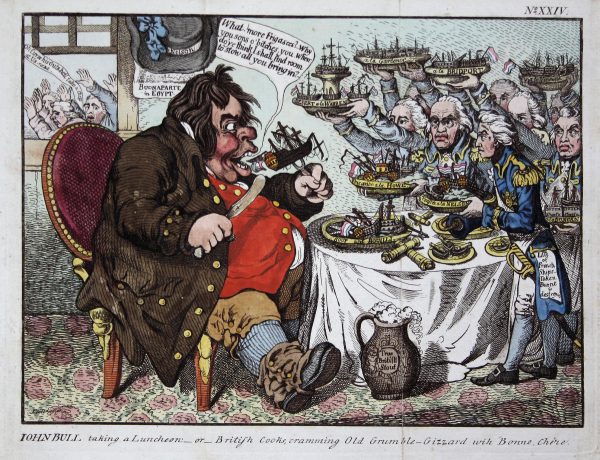