Napoleon receives the obeisance of Charles James Fox, his fat wife and his party. This is a reduced version of Gillray’s caricature published 1802 by Hannah Humphrey in London. 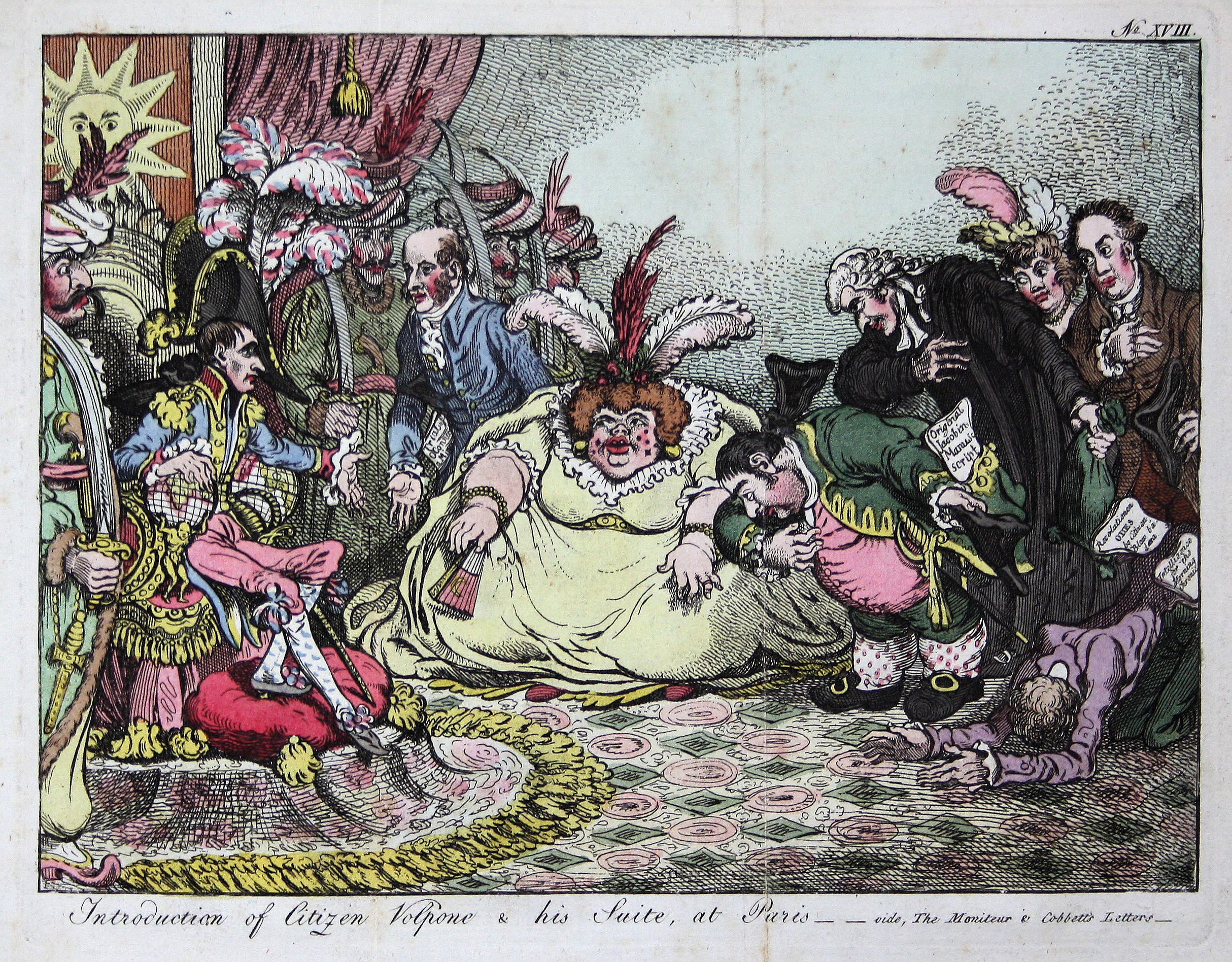