Large collection of early Zoetrope stripes. The Zoetrope is a simple optical device that mechanically generates moving images. It is one of the precursors of cinematography. The Zoetrope consists of a dark, open-top rotatable drum with narrow slits at regular intervals. On the inner wall of the drum lies a strip of paper with pictorial movement phases, with as many pictures as the drum has slots. The drum is rotated and the viewer looks through the passing slots on the strip of paper. Like the flip book, the stroboscopic effect is exploited to create the illusion of continuous movement. The functionality corresponds in principle to that of the film projector. The Zoetrope was invented in 1834 by the English mathematician William George Horner (1786-1837) under the name of Daedaleum or Daedatelum. In the 1860s, the invention was spread under the name Zoetrope or Wheel of life. It was followed by enhancements such as the Praxinoscope. To date, the Zoetrop is known primarily as a children’s toy. 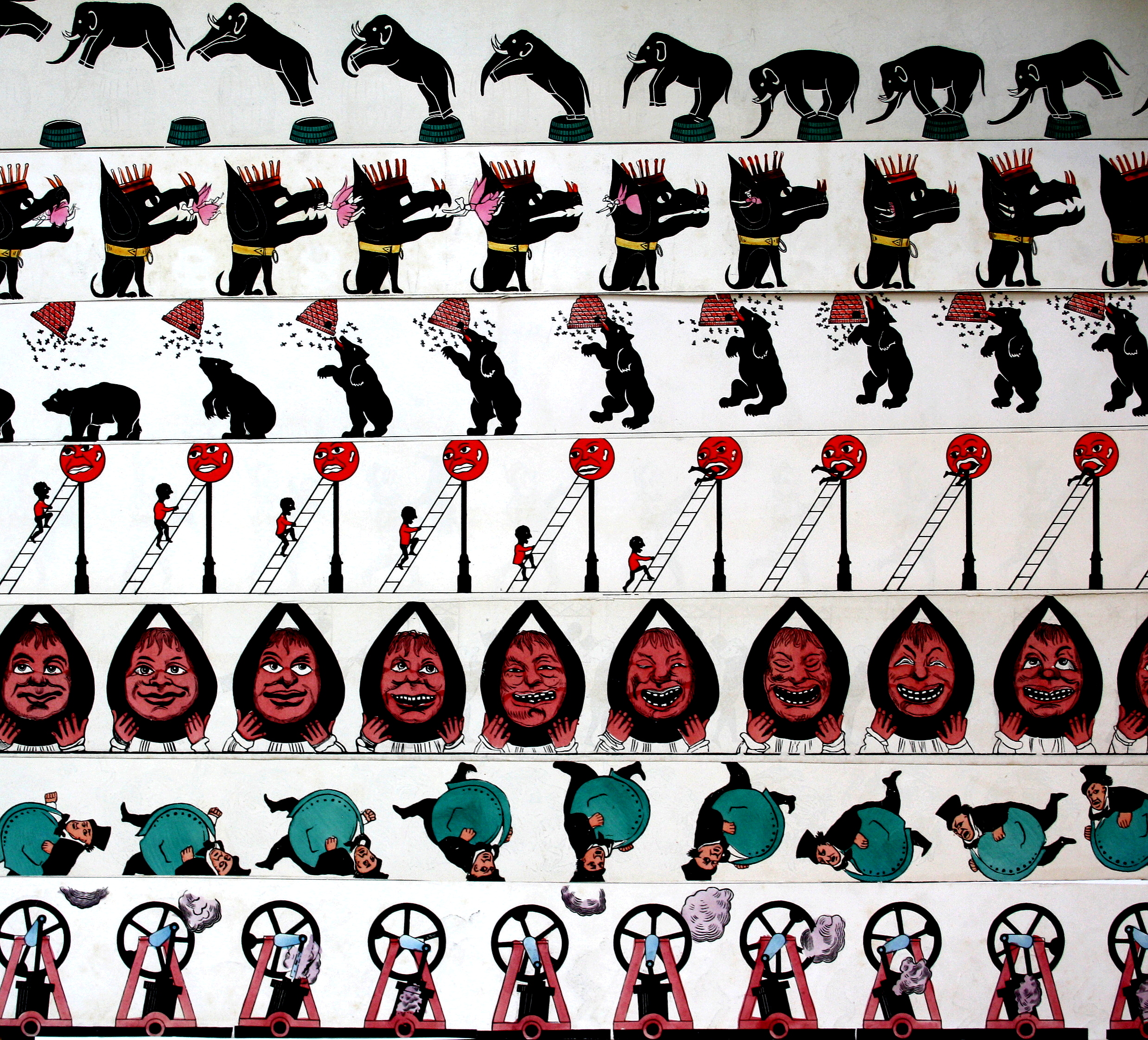